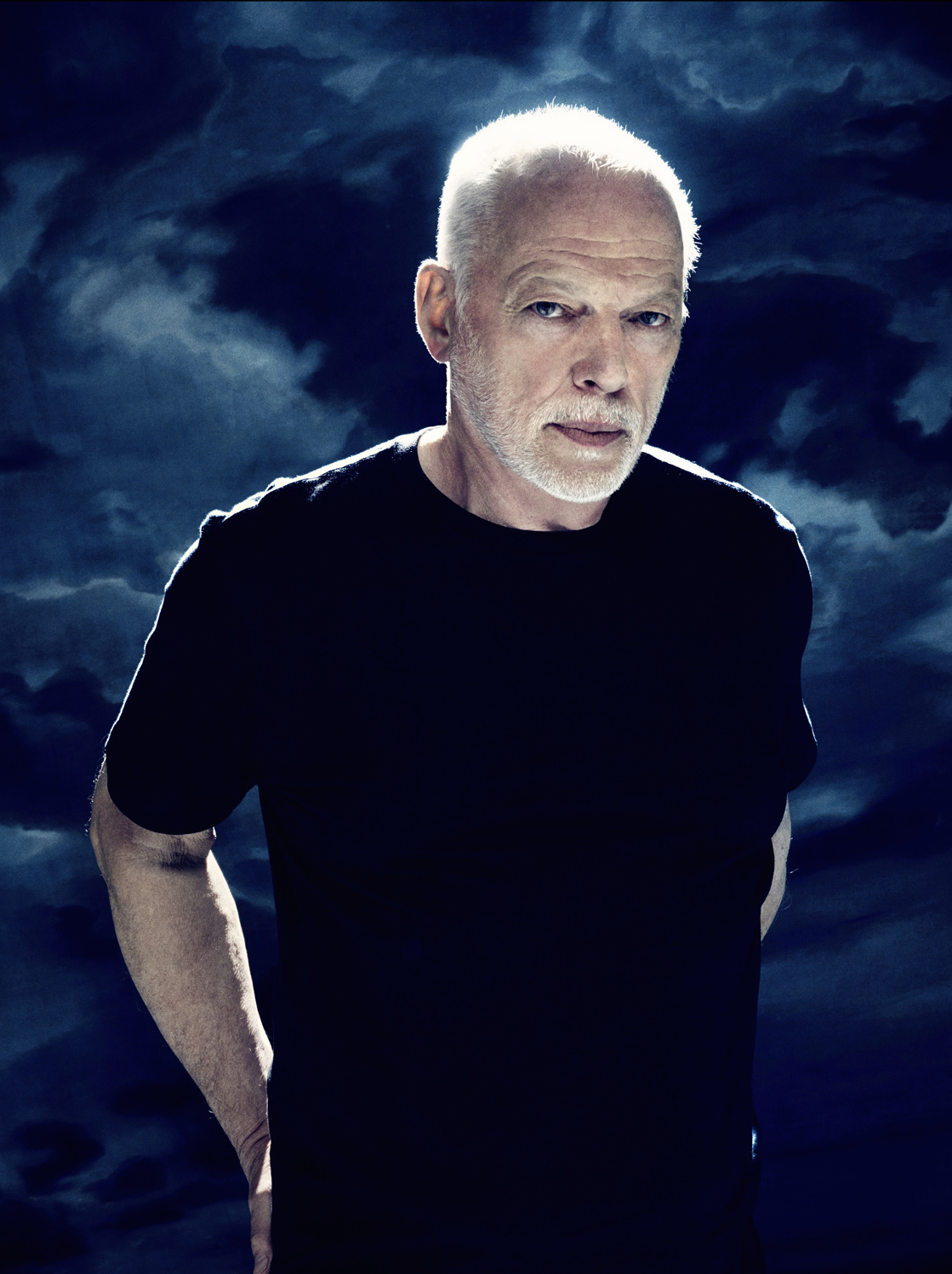 David Gilmour has kept a pretty low profile since wrapping up his On an Island tour in 2006. But The Endless River, last year’s surprise, mostly instrumental Pink Floyd farewell album, gave the singer-songwriter some momentum that led him to finally complete his upcoming solo disc, Rattle That Lock, out September 18th. The LP is a loose concept album about the thoughts and feelings a man has during the course of a single day, and musically, it’s a fluid and atmospheric work reminiscent of Pink Floyd’s post–Roger Waters albums.

We spoke with Gilmour about the making of the album, what fans can expect from the supporting tour and whether or not Pink Floyd has any sort of a future.

Did you intend on taking such a long break after finishing the On an Island tour in 2006?
No, I didn’t really. I meant to get back to things, but life happens and certain things got in the way: raising children, the trials and tribulations of parenthood, being supportive to my wife in her writing endeavors. She’s got a brilliant book coming out called The Kindness. And sometimes, it takes the momentum a little while to get going. I really intended to get one done much quicker than this, but here we are. I’m allowed to take some time off at my age. And like last time, I’m intending to get another one out much quicker next time.

How did this one come together?
It’s come together over a long period of time. When I’m at home and the kids are at school and [my wife] Polly is working, I can go into my studio here and get on with some work. But it’s quite slow and leisurely, not very driven. And over a period of time, you realize that you’ve actually got a lot of material, and you try to focus on what you’ve got. It’s a lot of disparate pieces of music, and you turn that into an album. That last process began a couple of years ago, but I had to take a couple of months out when Pink Floyd did the Endless River project. But then I came back to it and have been fully focused since then.

How did the idea come about of having the album take place during the course of a single day?
It’s nice to have a focus and tie things into some sort of form to make it have a cohesion. It’s a loose thing about what you might be thinking or doing at a certain time of day. But it’s not very strict. It’s just always good to have some sort of theme running through something.

How much of the central character is based off of you?
Well, two of the lyrics are written by me, and there’s three instrumental tracks also written by me. Five of the other lyrics are written by Polly, who sometimes does manage to get into my head. Other times, she’s liberated to just be the narrator of a story. That’s the case in “The Girl in the Yellow Dress,” which is a jazzy-flavored track that she wrote like she would a story in a book. It fit so well with a piece of music I had written.

The album seems to start on a down note and then gradually get more optimistic as it goes.
I don’t know if that was intentional as an all-the-way-through structure, but we certainly wanted to end with the theme of carpe diem, seize the day, life can be as good as you make it. There are moments of encouraging people to fight for the right to be here, to make their presence felt and protest against injustices in the world. The theme is to get in there and rattle that lock.

Tell me about the Richard Wright tribute song “A Boat Lies Waiting.”
The rolling piano [in] the background is something I recorded on a MiniDisc 18 years ago. My son Gabriel is now 18, and on the recording, you can hear him squawking as a baby. I tried to re-create that piano with Roger Eno playing piano, but decided to go back to the MiniDisc that had all the atmosphere, but not quite the sound quality. Polly thought the rolling motion suggested the sea. Rick’s big love was sailing, so that’s where the lyrics come from. All those elements came together to create a story about Rick.

“In Any Tongue” is clearly about modern warfare.
Yeah. A lot of young people in this world and in your country have been through experiences that have traumatized them in one way or another. It’s a tougher world. There’s this Darwinian selection process. I’m not sure that it’s moving us forward in terms of humanity and kindness. We live and hope.

“A lot of young people in this world and in your country have been through experiences that have traumatized them in one way or another. It’s a tougher world.”

What do you think about the state of the music industry these days?
It’s a terrible time for young musician starting out because its difficult to get yourself heard. You’ve got to go out and play dates and try to earn a living by playing live since it’s so difficult to make money from recordings. Young people seem to think it’s their right to get music for free. It’s no big huge for me, obviously, but where is the good new music going to come from? I just don’t think that music should be free. Hopefully, this is a thing that will sort itself out over the next few years, and people will be earning properly. And record companies, if they continue in the U.S., will be able to invest money in furthering the exploration of new music.

How far along is your tour preparation at the moment?
I’ve got the band booked. I’ve got the rehearsal space booked. But I haven’t even started thinking about anything to do with it yet, but it’s my next project. It’s my task to settle down to after breakfast tomorrow.

Are you going to play the whole new album?
That’s very possible. But as I said, I haven’t made that plan yet.

Are there certain Pink Floyd songs, like “Echoes,” that you won’t play without Rick?
I think it wouldn’t be right to play “Echoes.” I greatly doubt we’ll do that. But anything that feels like it’ll fit and it’ll be fun, I’ll do it. I might do “Shine On You Crazy Diamond” again. I haven’t completely closed the door to Pink Floyd songs. They’re so much fun.

Who is going to play keyboards?
Jon Carin and Kevin McAlea, who played at the Kate Bush shows in London last year.

Will Phil Manzanera be on guitar?
Yeah, Phil will be playing guitar; Guy Pratt on bass. Steve Distanislao will be on drums.

The last tour was really incredible. Do you worry it’ll be hard to top that one?
Musically, I think we did very well last time, and hopefully we can be as good musically. My worry is whether I’ll get to enjoy it as much as I did last time. We just had such a terrific time on that one. It really was more enjoyable for us than anyone else, I think. We got on so well. I hope without Rick there it’ll be as fun. We’ll wait and see and do our best.

Not a ton of dates have been announced.
It’s not going to be a long tour.

Roger did his Wall show over 200 times.
Did he? Well, I’m full of admiration for someone that can do that. But I think those days are past for me.

I’m sure you’re sick of this question, but are Pink Floyd done forever as either a touring or recording unit?
Yeah, for me it is. I’ve enjoyed that part of my life; that life has given me so much. There’s been a lot of joy, a lot of laughter, a lot of creative satisfaction. We’ve had a lot of good companionship for 95 percent of our time together. I wouldn’t want that five percent that was a little more sour to make my view of it less enjoyable. All things must pass. All things must come to an end. I don’t want to go back there. I’ve done it.

Still, there are fans all over the world that continue to fantasize about one last tour with you, Nick and Roger. But I suppose without Rick, that’s just not going to happen.
No. It isn’t what I think is right or what I think I should do. I don’t think it would be pleasurable.

Right. And you guys ended the story pretty nicely with Endless River.
Yes. I think I can safely say goodbye to that now. I know people like to cling to stuff, but I’m not one of those people that needs to cling to that. Getting into huge stadiums and stuff again, it just doesn’t fill me with any joy or anticipation. I want to be closer to people and feel like I’m enjoying it from a musical perspective.

Well, at this point you’ve certainly earned the right to do what you want.
Thank you. It’s good of you to confirm that to me.