A new Dave Brubeck album will present previously unheard versions of iconic tracks from his legendary 'Time Out' LP, including "Take Five." Courtesy of the Brubeck Family

“Take Five,” a 1959 track by the Dave Brubeck Quartet, was always a musical oddity: a swinging, instantly catchy jazz piece written in the uncommon time signature of 5/4. But it was also a huge hit and the first platinum-selling single in jazz history.

Roughly 61 years after the release of “Take Five” on Brubeck’s Time Out album, the late pianist’s estate will release TimeOutTakes, a new album of previously unreleased alternate versions of pieces from the iconic LP. Wednesday, in advance of Time OutTakes’ December release, Brubeck Editions is unveiling a never-before-heard early run-through of “Take Five,” streaming above.

On the alternate version, you can hear how the band is still acclimating to the feel of the piece’s 5/4 rhythm. They play the tune faster than on the familiar take and drummer Joe Morello hadn’t yet settled into the famously relaxed beat that made the five-beat structure feel so natural. You can also hear alto saxophonist Paul Desmond, who composed “Take Five,” getting used to improvising on the tune. In his drum solo, Morello sticks close to the rhythm of Brubeck’s “1, 2, 3; 1, 2” piano vamp, slowly building up density and excitement as he goes. Whereas on the final, Brubeck and bassist Eugene Wright play behind Morello’s feature, here the drummer takes the spotlight alone.

“It’s fascinating to hear on this track that the iconic drum beat wasn’t set yet and Joe Morello was playing a very syncopated Latin beat,” said multi-instrumentalist Chris Brubeck, one of the pianist’s sons and musical collaborators, in a release of the early “Take Five.” “Even alto saxophonist Paul Desmond had not yet settled on a consistent melody,” he added.

The tapes that make up Time OutTakes originally came to light while author Philip Clark was researching A Life in Time, a biography of Brubeck released this past February in honor of the pianist’s centennial year. The record will be released on December 4th, two days before the 100th anniversary of Brubeck’s birth.

Along with the alternate “Take Five,” Time OutTakes will feature previously unreleased versions of several other pieces from the original Time Out LP, including “Blue Rondo à la Turk,” a piece inspired by a rhythm that Brubeck heard a street musician playing in Turkey while on a State Department tour. It also includes two tunes not heard on the original album: “I’m in a Dancing Mood,” a piece from the Thirties musical This’ll Make You Whistle, and “Watusi Jam,” a trio performance — sans Desmond —based on the piece “Watusi Drums,” heard on the 1958 live album The Dave Brubeck Quartet in Europe. 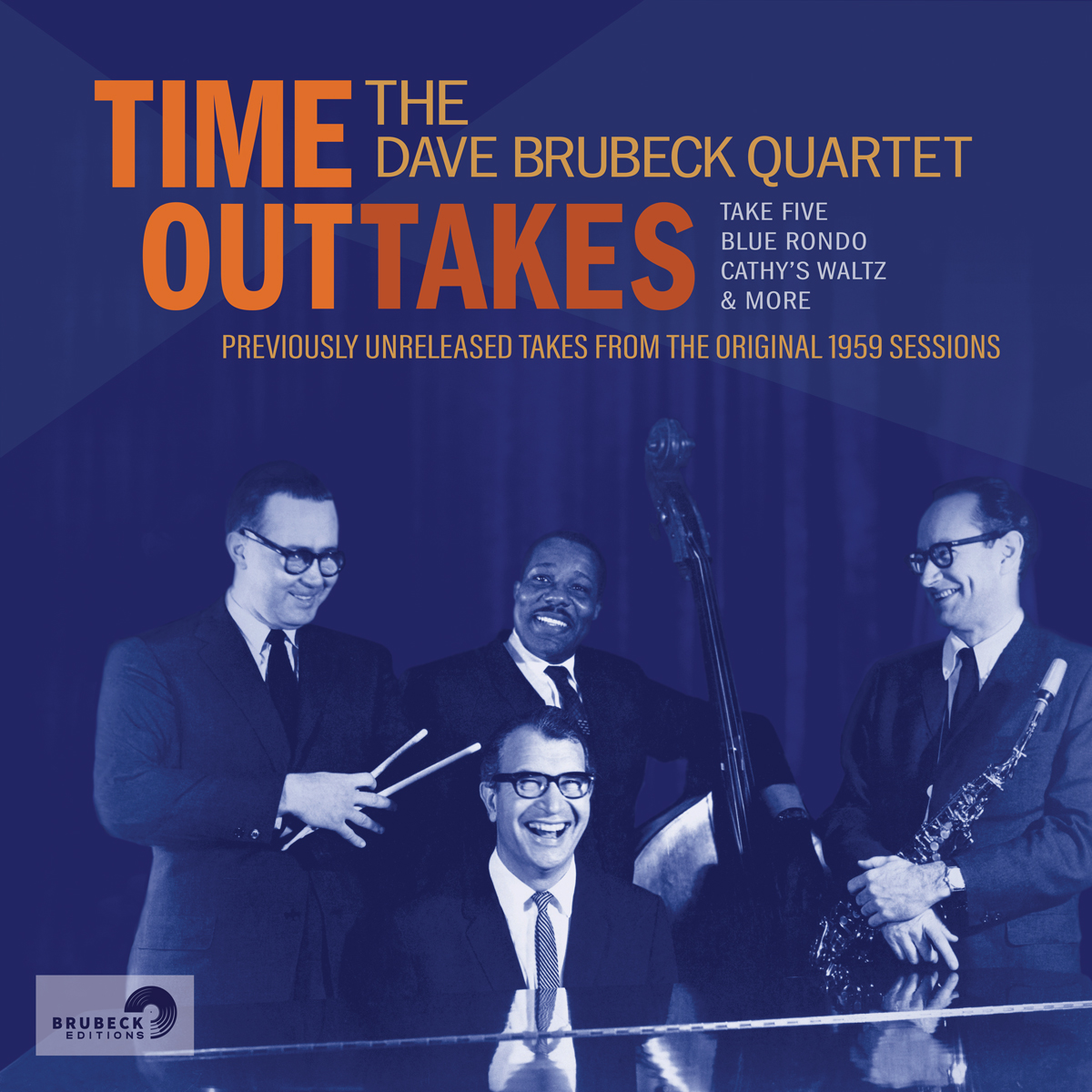