If you listen to the second bar of the second verse on the third song from DaBaby’s second album of 2019, he asks what should be a simple question: “Aye, when you gon’ switch the flow?” He says it in a mocking tone, impersonating the thousands of people who have pondered that singular question for an entire calendar year. One bar later, he wryly answers. “I thought you’d never ask.”

When asked once again in person, DaBaby makes it clear he does not like the question, even if he’s heard it before. As he walks through Rolling Stone’s office, two cameramen and his artist Stunna 4 Vegas dutifully follow like his personal guard (DaBaby also has an actual bodyguard, who is likely the largest man alive, but he peels off from the crew to look for a snack). DaBaby seems exhausted — the trappings of his newfound fame, the promotion cycle for his project Kirk, and the energy it takes to consistently be the most charismatic person in a room could all be taking a toll  — but it’s mostly “the flow” question that’s getting to him.

“You gotta tell me what flow you talking about,” DaBaby says.

A Hip-Hop Pioneer Loses His Leg. The Optimism Remains

Why Did the 2021 Grammys Snub the Weeknd?

DaBaby won’t acknowledge it easily, but what has become his calling card is a staccato, precise, and brutal rapping style, a syllable-crushing force delivered with such forward momentum it often gives the illusion that he starts rapping before the beat begins. The most famous example of this is “Suge,” DaBaby’s biggest and most thrilling hit, in which it takes DaBaby only nine seconds to let out a “haaah” followed by “Pack in the mail, it’s gone / She like how I smell, cologne / I just signed a deal, I’m on.” Between and behind those moments are an “Uh,” followed by three “Yeahs,” all of which add to the sense that no rapper has ever been as excited about fragrances and/or getting on than DaBaby. That’s the flow everyone’s talking about. After some prodding and a few examples, he finally relents.

“When you got a sound that don’t sound like nobody else and it’s brand new, you’ve got to feed it to ‘em,” he says. “You’ve got to force it on ‘em.”

DaBaby’s entire stylistic presence is predicated on his good-natured intensity; it’s an about-face from the druggy, filtered anhedonia that’s defined much of the biggest hip-hop tracks in recent memory. His approach has, in less than a year, become a full-time streaming stimulus package — if you want an easy hit in 2019, it’s a good idea to start by calling DaBaby. That’s been leveraged by Chance The Rapper, Post Malone, Lizzo, Lil Nas X, and Megan Thee Stallion. On the week after Kirk’s release, 12 of the top 25 songs on Rolling Stone’s Top 100 Songs were either DaBaby songs, or featured a verse from him on a remix. 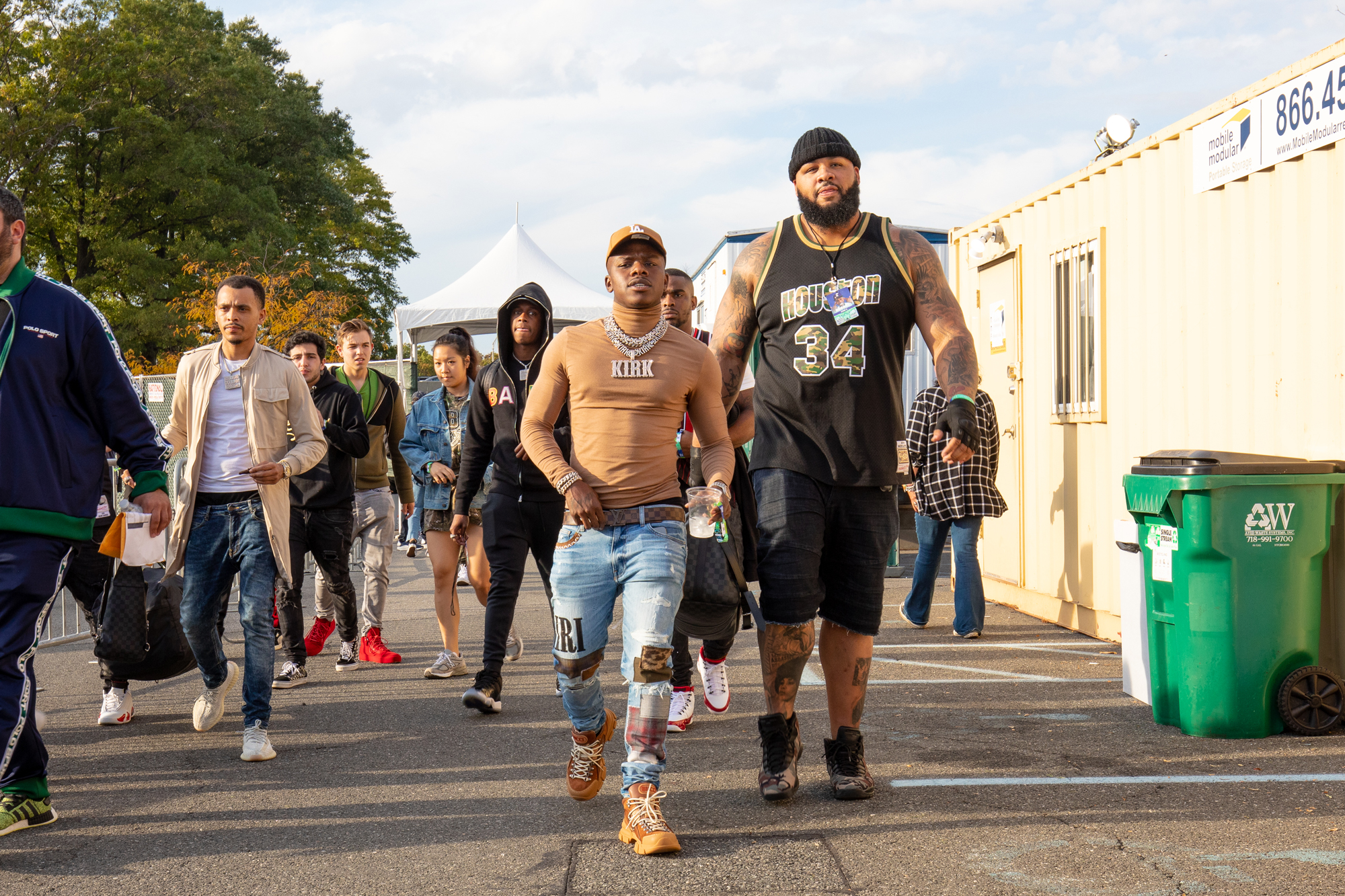 The success is somewhat surprising. In addition to the speed of his rise, North Carolina, DaBaby’s home, is a geographical outlier in rap, best known for exporting Petey Pablo and J. Cole. Despite the bombast of his public persona, Jonathan Lyndale Kirk carries himself with a calm, distinctly Southern demeanor. DaBaby is adamant he wasn’t misbehaved as a child growing up in Charlotte, despite many a meme — including a photo of a small and angry Tom from Tom & Jerry with a huge head that sort of looks like DaBaby — claiming the opposite.

“No, I wasn’t a bad kid,” he says. “I was always intelligent, and strong-minded, and outgoing, like I am now.” His mother worked for a finance company and his father served in the military, stationed in Afghanistan.

For two years, he went to The University of North Carolina at Greensboro, a predominantly white school. He admits to sticking out like “a sore thumb,” but now says that time in his life was a turning point. “It had me in a different environment,” DaBaby shares. “It was something I had to adapt to. At first, I’m like, ‘What the fuck am I doing here?’ I did what I did for two years, and then I went back to the city. I came back a grown man.”

DaBaby’s post-collegiate path to stardom was glacial by 2019 standards. He began rapping under the moniker Baby Jesus five years ago. From the outset, the viral tendencies were there — in 2017, he infamously wore a diaper to SXSW — but the honed-in musical persona was not. In retrospect, DaBaby’s charisma was always clear, whether he was goofily dabbing alongside Carolina Panthers’ fans in 2015 or just playing video games on his couch while freestyling over “Gucci Gang” in 2018. His on-record voice then, though, sounds muted and reserved next to the music he’s released in 2019.

“I paid for every video I ever shot,” DaBaby boasts. “$100,000 budget, $70,000, $60,000, I’ve probably spent like half a million dollars on videos this year, by myself, just me. I ain’t willing to settle for less. With the type of artist that I’m capable of being, the creativity I’ve got, it’s just no way. You can’t cheat it. You can’t cheat the game. You can’t cheat the grind. You get out what you put in at the end of the day. If you’re capable of being this caliber of an artist, do I want to settle for doing shit like this just to keep some money in my pocket and spend it on bullshit or something?”

Caroline Diaz, Senior Director of A&R at Interscope, describes DaBaby’s work ethic more bluntly. “Sometimes these artists get signed and they get so caught up with the rah-rah like, oh they signed, they on social media, they see what the other artists is doing and you kind of get distracted when an artist signs that means there’s more work to do,” she says. “Artists like DaBaby, he don’t stop working. He don’t sleep.”

To some, DaBaby is better known more his off-mic conflicts — news reports of him killing a man in self-defense at Walmart, or knocking out rival rappers on camera. It’s not something he wants to continue. “I don’t really like fighting, man,” he says. “I’ve done probably been in more fights since I’ve been rapping in these five years. I’m 27, I’ve probably been in more fights as a rapper than I was the first 22 years in my life.” 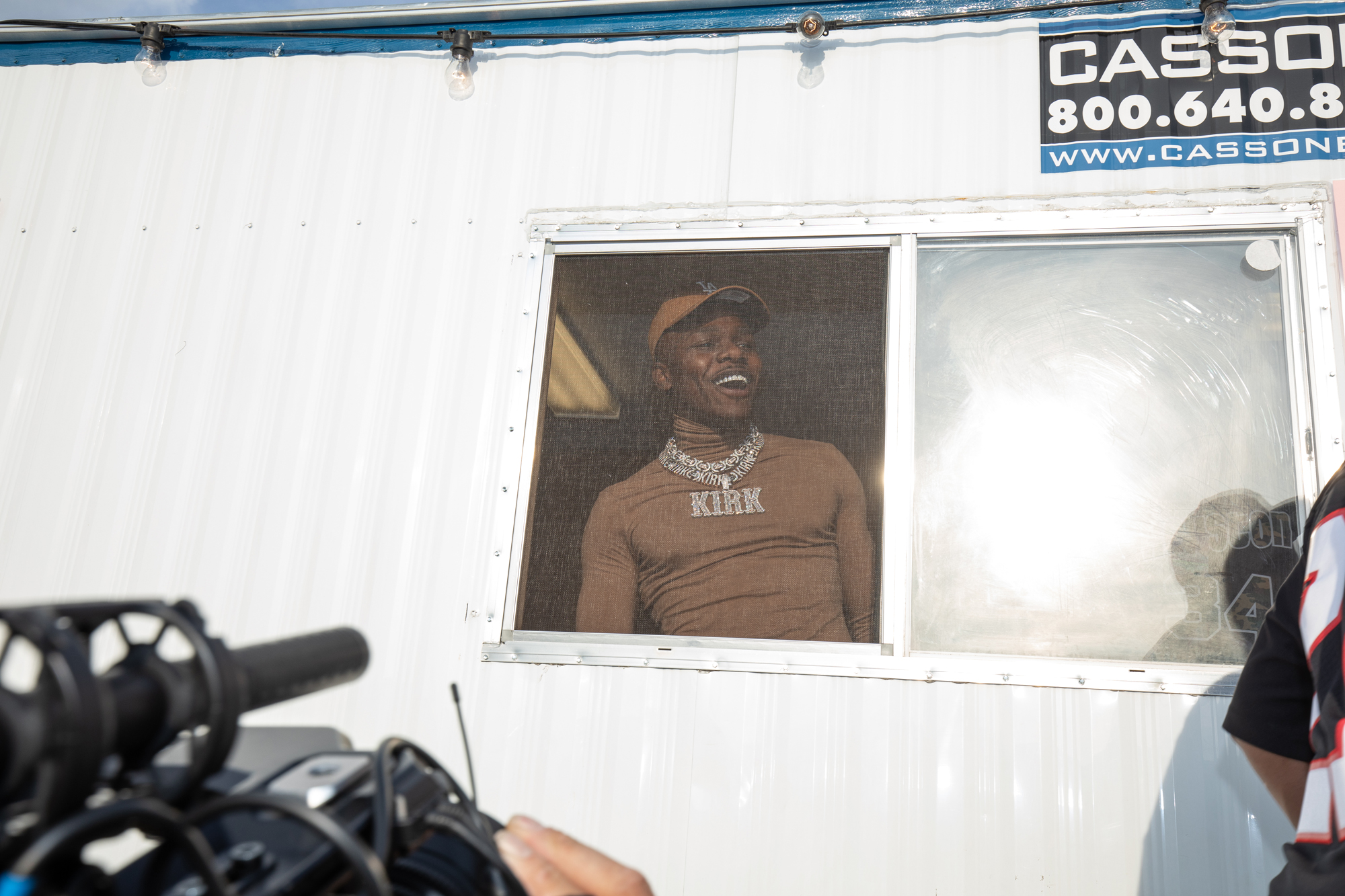 There’s a sense that whenever DaBaby gets on a track that nothing but overwhelming dominance will sate his hunger. Nowhere is this more apparent than his first collaboration with J. Cole, “Under The Sun.” For 45-seconds, DaBaby abandons all of his usual tricks. There are no ad-libs. His voice is loud, but seems a few decibels below its normal range. The pace is noticeably faster and less percussive. The flow he’s known for is, briefly, abandoned.

Instead, DaBaby decides to unleash a verbal torrent. His verse goes on for so long that the beat ends and he continues his onslaught. Across the intro to his verse, DaBaby manages to rhyme “intelligent, tell ‘em shit, letterman, and let ‘em in,” all while employing a double-time flow. He simultaneously sounds playful and urgent, masterful and off-the-cuff. “It’s J. Cole. I’m in college for two years, too. I went to college, fall 2010. That’s when J. Cole popped,” DaBaby explains. “If you was in college, you were really listening to that nigga. College bitches, that’s all they was listening to was J. Cole.”

“I think that I recorded that the same day that I shot the ‘Suge’ video, because we were shooting that video scene,” he continues. “I recorded it that same day with an engineer. It wasn’t the best engineer there, either. I probably would have went crazier. Buddy was slowing me down. He knew. He’s like, ‘Oh my God.’ I’m like, ‘Come on, bro. Punch me back in, brother, let’s go.”

More than most artists newly on the precipice of becoming a household name, DaBaby tends to talk in a 360-degree scope about his career. After a five year stretch that saw him change his moniker, lose a Roc Nation deal, and fight for his life, DaBaby wants to be clear that he’s still only flexed some of his muscles.

“You going to hear shit like ‘Intro,’ where I rap like I’ve never rapped before. You going to hear shit like me rapping on the J. Cole song,” he explains of latest barrage of new music. His second album of 2019, Kirk, arrived in late September and provided variations on the themes that Baby on Baby, his certified breakout, turned into a calling card. “Certain songs, I don’t even use ad-libs. I can do whatever at the end of the day. Whatever the music or production takes me, that’s where I’m going to go.” 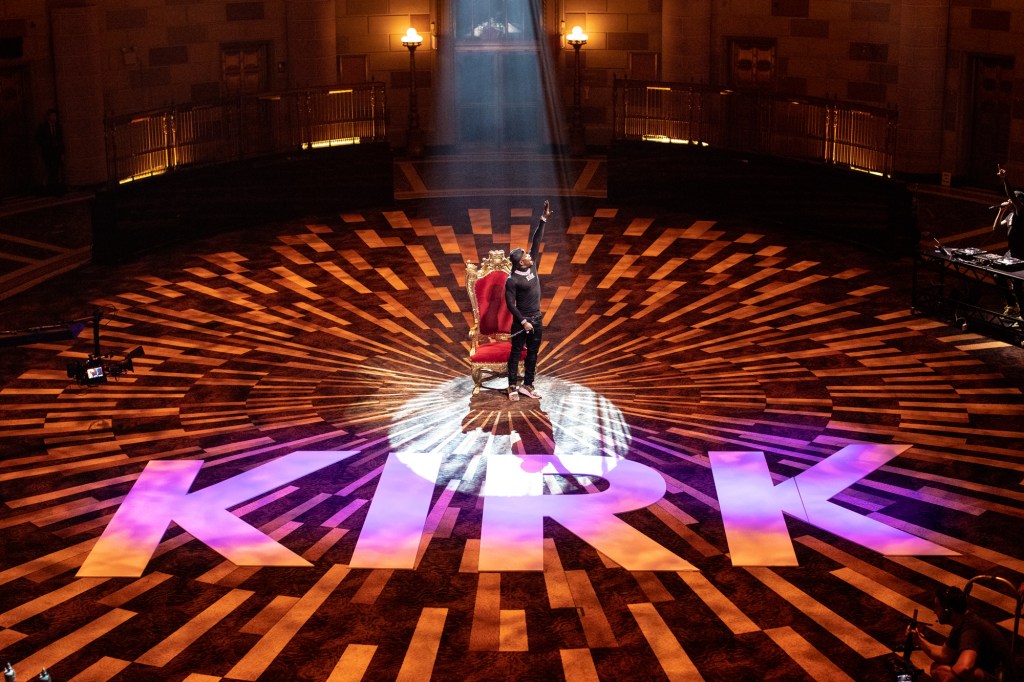 While he is willing to step outside the pocket on occasion, Kirk is still an album meant to solidify and speak to DaBaby’s base. But “Intro,” the first song (obviously) on the album, is a stylistic detour, and a potential glimmer of the Carolina rapper’s more nuanced future. Produced by DJ Kid, the song swerves between devastation and inspiration, heartbreaking loss and hope. For nearly three minutes, DaBaby discusses finding out his song “Suge” went Number One on Billboard’s Mainstream R&B/Hip-Hop charts moments after getting a call that his father passed away. DaBaby’s speeds up, dips, and contorts into an angry growl as he raps, “They found him dead a couple days before I started tour / Same day I flew back to the city from Miami / I was out there with the family / Just lookin’ at my daughter / Thinkin’ to myself like, “Damn, my baby look just like my daddy.” It’s the most personal he’s ever been on record; after kicking in the door to superstardom, it feels as if DaBaby’s ready to introduce himself.

“It’s probably exactly what I needed, because I ain’t spoken, when it happened,” Dababy says of his decision to be so open about his father’s passing. “I been on tour ever since. I’ve been getting sent songs, and putting verses on them, and they hitting them charts. I’ve been getting platinum plaques. I’ve just been going… A song like that can convey certain emotions.” He pauses.

“Then, I put shit in the song and put it out there.”