Cypress Hill will celebrate the 25th anniversary of their sublimely funky 1991 debut with what might be the most outrageous special edition packaging in hip-hop history. The “25th Anniversary Skull” is black resin sculpture of the group’s skull logo limited to 1,991 copies. Fans who purchase one can peel the skull’s cap back to reveal a remastered CD version of the group’s iconic debut.

The set comes courtesy of Boston label Get on Down Records, who have re-released GZA’s Liquid Swords with a chess set, the Fat Boys’ debut in a pizza box and the Wild Style breakbeats in binder of 7-inches. The Cypress Hill reissue is their most ambitious project since the 2012 release of Raekwon’s “Purple Tape” in a glass display case.

“Every time I think about Cypress Hill, you think about that logo,” Get on Down co-founder Papa D tells Rolling Stone. “It had a heavy metal logo vibe to it. What if we do a 3-D version of that?”

“I thought it was a great idea; it goes along with the imagery that we’ve carried throughout the 25 years of our career,” says Cypress Hill’s B-Real. “I saw the first round of it and it looked incredible, man … If there’s Cypress fans out there that got, like, a Cypress Hill trophy case, keep it with all the memorabilia.”

Papa D says the set has been in the works for three years, but the label has been spending the time tweaking prototypes to meet their expectations. 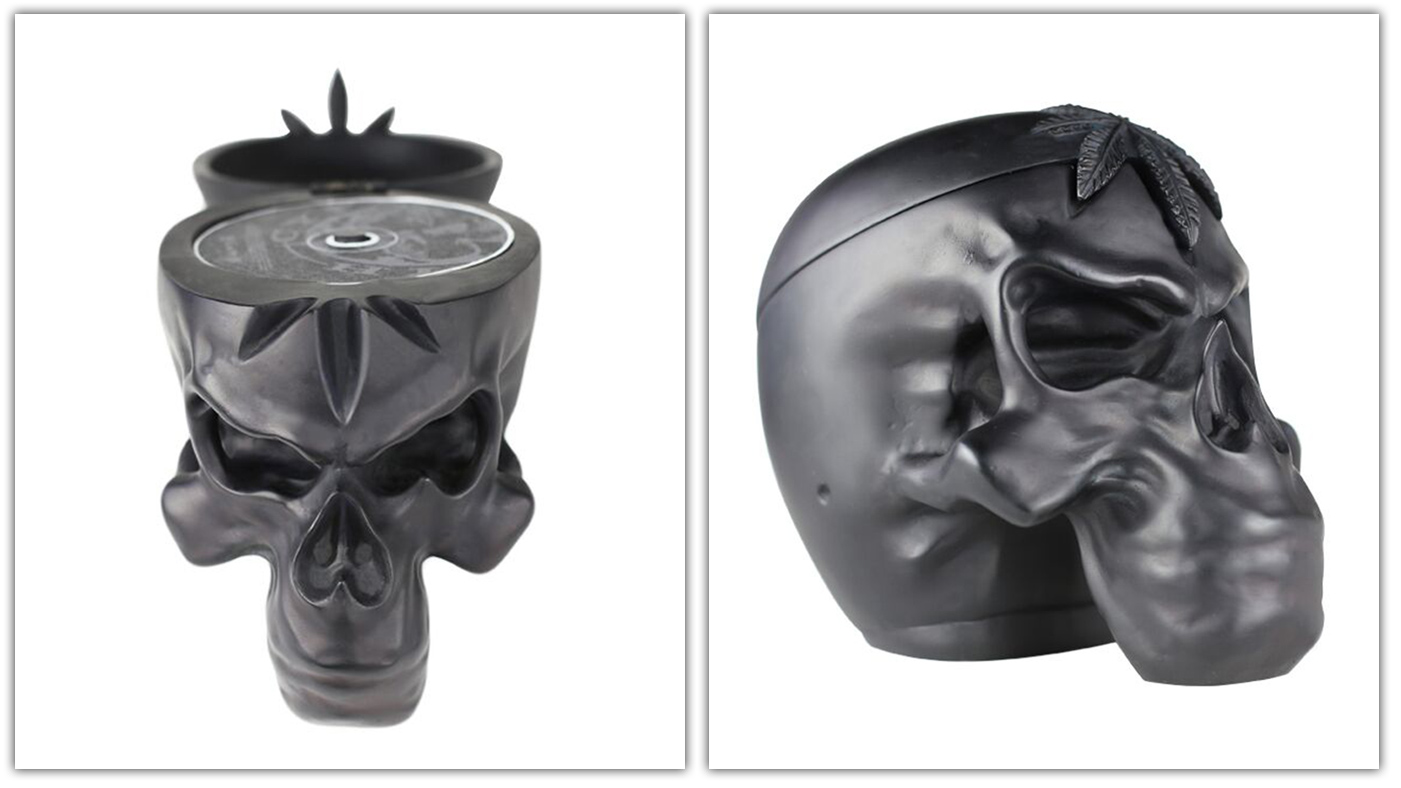 “The first couple versions, the top was crappy and loose,” he says. “[At one point] we had an incense burner built into it — you could put incense in it and the smoke would come out the eyes. Pretty cool, but we were afraid it was gonna damage the CD. We also didn’t know, ‘Is this thing gonna catch on fire at some point?’ We’re getting the things made in China, so there’s always some communication issues. On the inside of the skull, when it opens, there’s a logo and for whatever reason we couldn’t get them to put it the right way for like three tries. They just kept putting it upside-down.”

The set also includes a 100-plus-page book featuring interviews with the group about the making of the record and photos taken from their archives.

Cypress Hill has been celebrating the 25th anniversary of their debut on tour, and the next leg should kick off sometime around their annual Haunted Hill shows in October.

Until then, B-Real has more than 30 shows booked with Prophets of Rage, the supergroup he’s in with Chuck D and DJ Lord of Public Enemy and three-quarters of Rage Against the Machine. B-Real says the group is currently waiting on mixes of “The Party’s Over,” the first studio recording from the group, recorded by producer Brendan O’Brien.

“I think it’s a great time for what the Prophets of Rage is. People need it right now,” says B-Real. “I believe within that we’ll make some new music that’s relevant right now and much needed for what is going on around the world.”

Cypress Hill, however, is still just as relevant 25 years on, with a song like opener “Pigs” confronting police brutality and murder in the wake of the Rodney King video — decades before recent incidents in Minneapolis and Louisiana.

“I think some of the stuff goes back full circle. Nothing has truly gotten fixed. Yes, times have changed and things have evolved and technology is reigning supreme, but certain things remain the same. And we’re seein’ it right now.”

The 25th Anniversary Skull will be available for pre-sale on GetOnDown.com on August 13th.