The operatic, psychedelic sludge of Crystal Fairy is the convergence of contemporary art-rock royalty. The supergroup merges soaring dervish Teri Gender Bender of offbeat Mexican punk crew Le Butcherettes, At the Drive-In/Mars Volta founder Omar Rodríguez-López and the core members of long-running avant-metal institution the Melvins, Buzz Osborne and Dale Crover. Bonding over a pair of Melvins/Butcherettes tours, a friend crush crossed three generations and flowered into a full musical partnership. The result, the 11-song Crystal Fairy LP, is due on Ipecac Records on February 24th, but you can hear the entire thing below.

Crystal Fairy was recorded partially in Los Angeles with Melvins in-house producer Toshi Kasai and partially in El Paso, Texas, with ex-Butcherette Chris Common. In between sessions, the band convened over films and food at the International House of Pancakes. Rolling Stone caught up with Buzz, Dale and Teri to find out how this hard-walloping record came to be.

This entire project started when Teri started showing up on stage on the Le Butcherettes/Melvins tour in 2015. How did that come about?
Dale Crover: We had done a tour previously with Le Butcherettes, like, the year before. We became really good friends on the tour and it’s the last show, and we’re like, “We should have those guys come out and do the last song with us,” which was just some big noise jam. … We really liked these guys; we had them back on another tour. At first we had Teri coming out and doing this kind of noisy jam thing at the end, and we’d have her freak out on vocals and jump around and do her thing. It was always the highlight of my night.

Buzz Osborne: And then we said, “We should do a song with her. I wonder what song we could do. Let’s ask her.”

Teri Gender Bender: We were just talking about music. And I was telling them, “Oh, I like this,” and they were like, “We like this too.” Kind of like kids. “Oh, you like pizza? I like pizza.” It came up in the conversation that I liked Bikini Kill and they kind of got quiet. They were just like, “We actually grew up with them.” Damn, of course, you grew up with Bikini Kill. Sometimes you forget you’re talking to legends ’cause they’re so down to earth.

Osborne: I think they started after I left the Northwest. But I knew those girls. I knew Tobi [Vail] since she was about 13, maybe? I saw her rattling around the Olympia shows we would go to from the beginning. I’ve known ’em back when they were just little nerds.

Bender: They were like, “You should get onstage with us and you should do a Bikini Kill song – which one would you like to do?”

Osborne: She didn’t even hesitate and said “Rebel Girl.”

Bender: I immediately said “Rebel Girl” because that was one of my personal anthems back at high school in Guadalajara. They learned it super fast.

Osborne: We figured it out really quickly and then practiced it in a sound check in Hamden, Connecticut, on tour, and then we did it for the first time that night and it went really good. So we did it every single night with her. It was during all that I started thinking, “We should do some music with her.” I couldn’t wait to try to do something with her.

Bender: We were always talking about music or just hanging out. Getting up in the morning, feeling groggy, we run into each other at Starbucks. From my end, I was dreaming, “Wouldn’t it be cool just to someday work with these guys?” Omar … he was on the road because he’s also a photographer – he was documenting the Butcherettes and Melvins run. So late at night when we’re all together at the lobby in the hotel, not even drinking beer, but drinking a lemonade, and being like, “Man, wouldn’t it be cool to do something with these guys? And it turns out that Dale and Buzz were thinking the same thing. That part was creepy. It was very innocent, I think.

Since 1984, “the Melvins” have almost always been the two of you and whoever else you decided to bring into the fold. When did you decide this needed to be a new band?
Crover: Pretty much immediately. 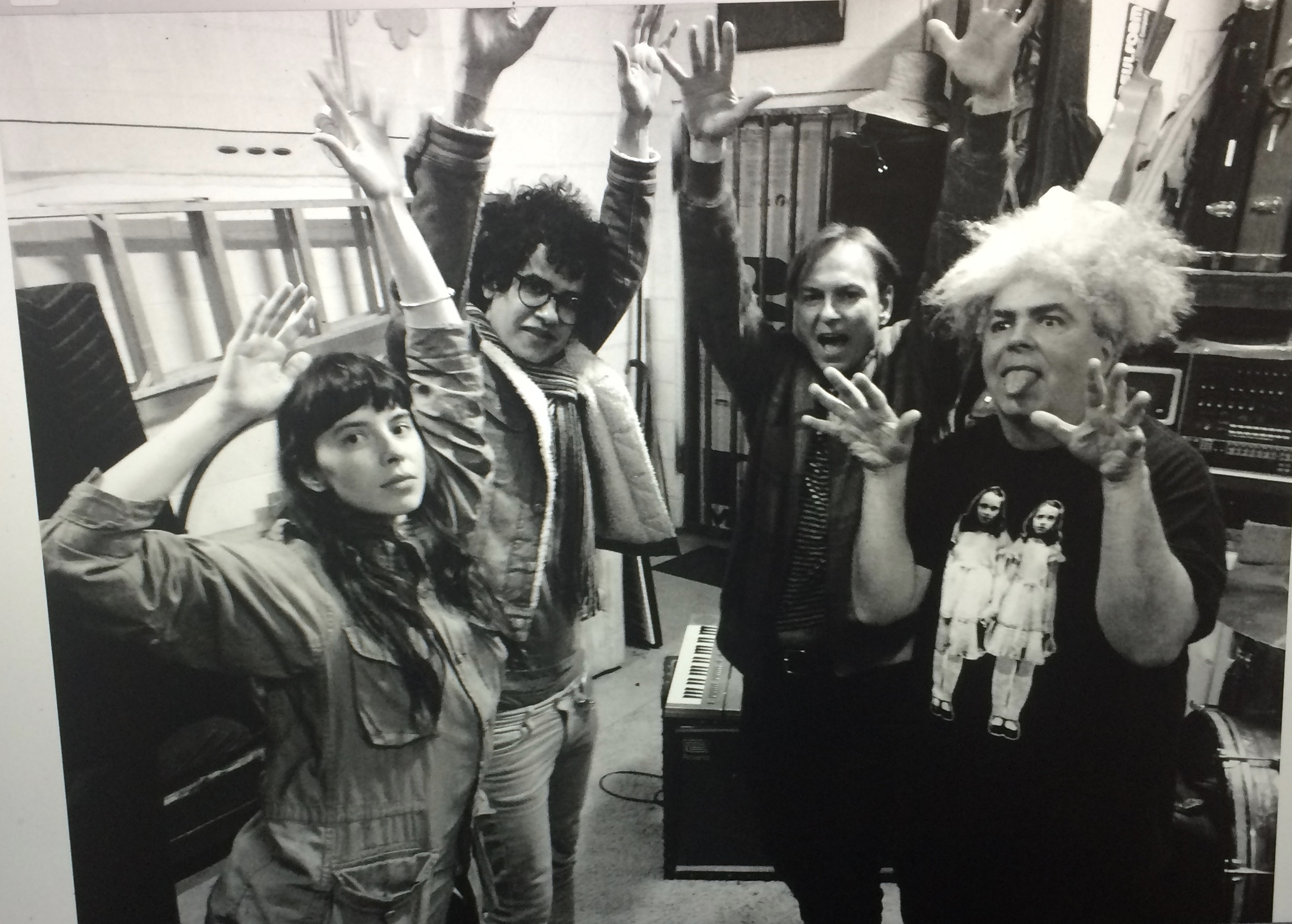 When did the first session happen?
Bender: After we finished touring together there was probably two weeks. I happened to be in L.A., so Buzz and I were already in communication. I reached out to O and it turned out he was also in L.A. Again, another magical moment. Again, unplanned.

Osborne: I wanted to something that brought her into a little bit more of a heavy metal thing than she had been used to. She adapted to it really quickly. She’s not like a heavy metal person at all.

Bender: We went into the studio and boom. The day went by so fast, and before we knew it we had already recorded two tracks. It was just so encouraging. Me being the leader of my own band from Mexico, I have to fight probably twice as hard to fight for an idea. Here, I’m in L.A. with the Melvins and they’re taking me more seriously than my own friends would in Mexico.

Crover: We just started playing something and she joined in and came up with melody and words really quickly. When Buzz and I are writing songs we do things pretty damn quickly. We don’t need to practice this a bunch of times and try to work this out; we know how we want this. And we worked the same way with Teri.

Osborne: We did three songs the first day, wrote and recorded, as they are on the record, “Drugs on the Bus,” “Necklace of Divorce” and “Bent Teeth.” And then Omar put his bass on ’em. It’s extraordinary [laughs]. … Me and Dale are smart guys when it comes to knowing when things are done. You can beat the life out of something. I’ve seen it, I’ve done it. A record like [1989’s] Ozma sounds flogged. ‘Cause all we did was rehearse ’cause we had nothing else to do. I do not want to ruin it with my own insecurities.

Crover: After that, we had to part ways ’cause everybody was touring and doing their other things with their other bands. We got together maybe five months later, this time in El Paso, at Omar’s studio. This time Omar was there for most of it and we were able to sit and write a few songs with him. One of them was the song “Crystal Fairy” and “Chiseler,” which is the opening track.

Bender: They were staying here where both Omar and I live. At nighttime after we record, we like chillin’ hard [laughs], so we would watch movies. So I put in Crystal Fairy [and the Magical Cactus] by Sebastián Silva, the great Chilean director, one of my favorites.

What were the other movies you guys watched?
Bender: I remember Buzz brought with him a couple movies. One he gave to me called Ravenous. It’s really good. It’s like a Western-slash-horror film. [The Abominable] Dr. Phibes.

Crover: One of the movies we watched was Network. So relevant today.

Bender: It was like literal cultural exchange. Like, “Oh, these are some stuff I grew up watching.” I know this sounds stupid, but I put on Hercules, the Disney movie. I was like, “Well, I actually loved this movie when I was a kid – we should watch it.” They were super open to watching Hercules. Wizard of Oz was one that I put on – that was another one of my growing-up movies. When we’d watch movies it would be over at [Omar’s] place. When it would be at my place, my mom would cook for them. They’re super tidy. They’re great guests. I’ve had guests over where they just leave their soiled underwear and socks right in the open, sometimes in my living room. They were super clean. They actually helped my mom take out the trash; they helped wash the dishes. You can tell that they’re married men. 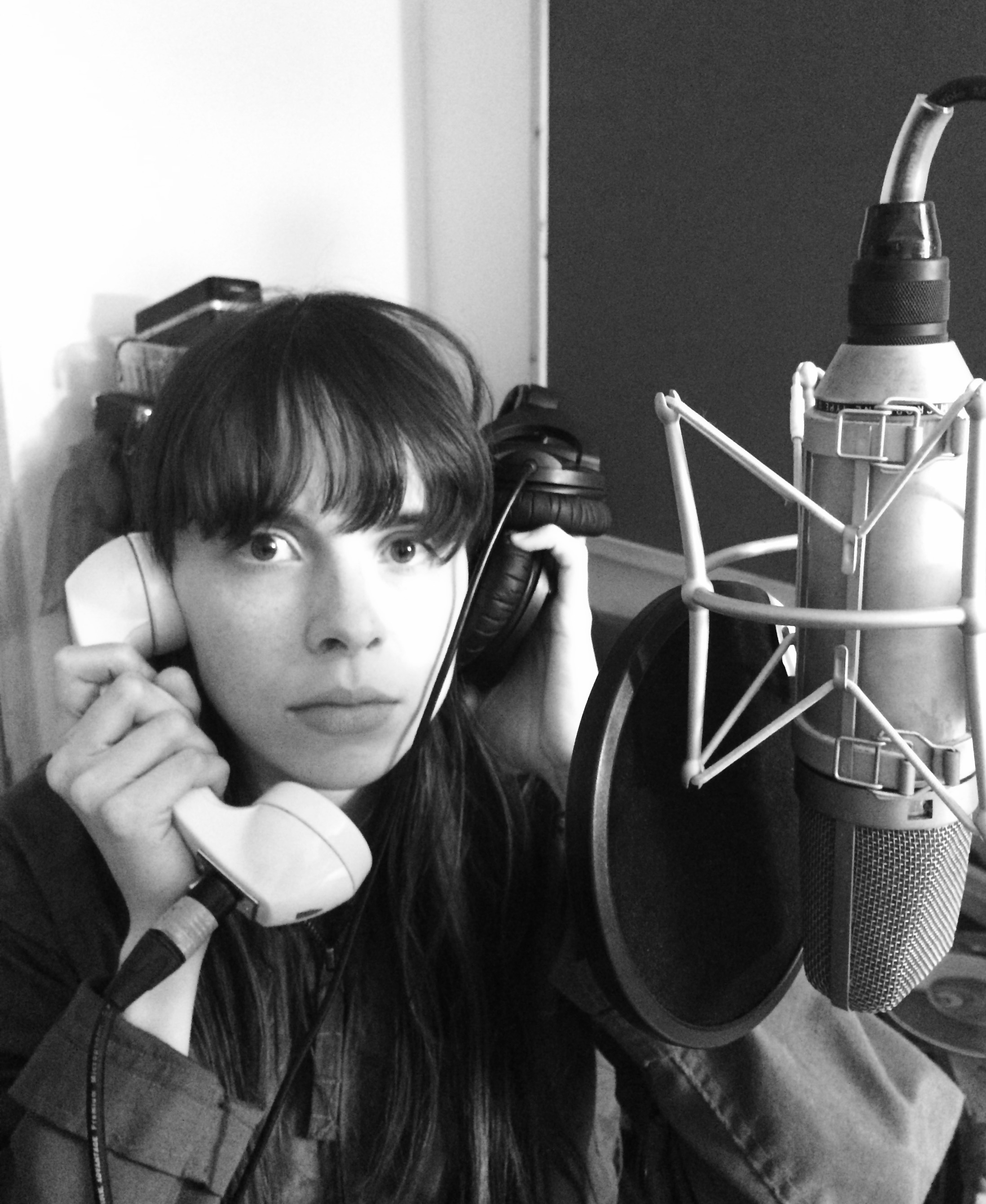 Was it hard to keep the project quiet for so long?
Crover: I think I told all my friends about it. I played it for them because I was so excited about the thing. It was really hard to keep the whole thing under wraps. For me, it was just so good right from the start. I really loved the songs. Especially with Teri. She really outdid herself on this whole thing. She’s at the top of her game. People haven’t heard “Moth Tongue” yet. That song and those vocals just send chills down the back of my neck, and it did when I was there when she recorded it.

What about this record are you most proud of?
Bender: Ooh. The memories.

Osborne: It’s one of my favorite things I’ve ever done. I guess the one thing I really liked was being able to write songs that Teri could sing. I think she’s an unbelievable talent. It was a privilege to me to be able to write songs and then have somebody write lyrics and sing along … in such a great way. It’s not something that I take lightly. At all. … I love it. It was a joy and a pleasure to work with Teri. One of the high points of my career to me. And I’ve had a lot of ’em. I’m a very, very fortunate and hard-working guy.

The initial five live dates for this month got cancelled. Are there new Crystal Fairy tour dates being booked?
Crover: Working on it. Trying to work on redoing everything. Unfortunately we’re all in other bands, so things get a little confusing.

What’s next for the Melvins?
Crover: There’ll be two new Melvins things, probably, this year. And then whatever else we end up doing, touring with these guys or whatever. We’ll see what happens.

Osborne: We are working on a new album right now. Almost done. And then we’ll take it from there. It’s something we’ve never done before. It has a twist to it that we’ve never done.

Crover: There’s gonna be some reissues of [1992’s Kiss-satirizing solo records] coming out too. As well as a surprise fourth one. Remember, there was only three. The solo records, the Kiss parody, we parodied Gene, Peter and Paul – there’s one left over! Somebody’s gonna do a fourth one. You can probably guess who that person might be.

I’m also working on a solo record that I’ve been planning for a while. It’s gonna be on Joyful Noise. I did that crazy [10-inch “12-sided” lathe cut] record with them. That thing is insane for them to make; they had to hand-make every record. Each one took about 45 minutes. Anyway, I knew that a lot of people missed out on the actual music part, which is all these crazy little drum haikus. Kind of like little commercials. When I was recording it, I was thinking about TV theme songs. Anyway, I’m like, “Let’s do a full-length record that everybody can buy – I’ll include the drum bits, and then I’ll write bunch more of those and I’ll write some regular songs.” I’m almost done with it.

There’s gonna be a lot of stuff happening this year, that’s for sure. But, you know, it’s better than sittin’ around on my ass and not doing anything.