Beyoncé, Radiohead and Kendrick Lamar will headline the 2017 Coachella Music and Arts Festival, set to take place April 14th through 16th and 21st through 23rd.

The full lineup so far is available on the Coachella website. Passes for Coachella 2017 are set to go on sale tomorrow, January 4th at 11 a.m. PST.

Coachella marks Beyoncé’s first planned live date for 2017 after she spent most of 2016 traveling the world in support of Lemonade. The pop star rarely plays major festivals, previously appearing at the Global Citizen Festival last year and Made in America in 2015.

Radiohead also spent much of 2016 on the road in support of their record, A Moon Shaped Pool and Coachella marks their first U.S. date scheduled for 2017. As for Lamar, the rapper made the festival rounds in 2015, and embarked on a minor tour, following the release of To Pimp a Butterfly. He also played a handful of dates last year following the release of Untitled Unmastered. 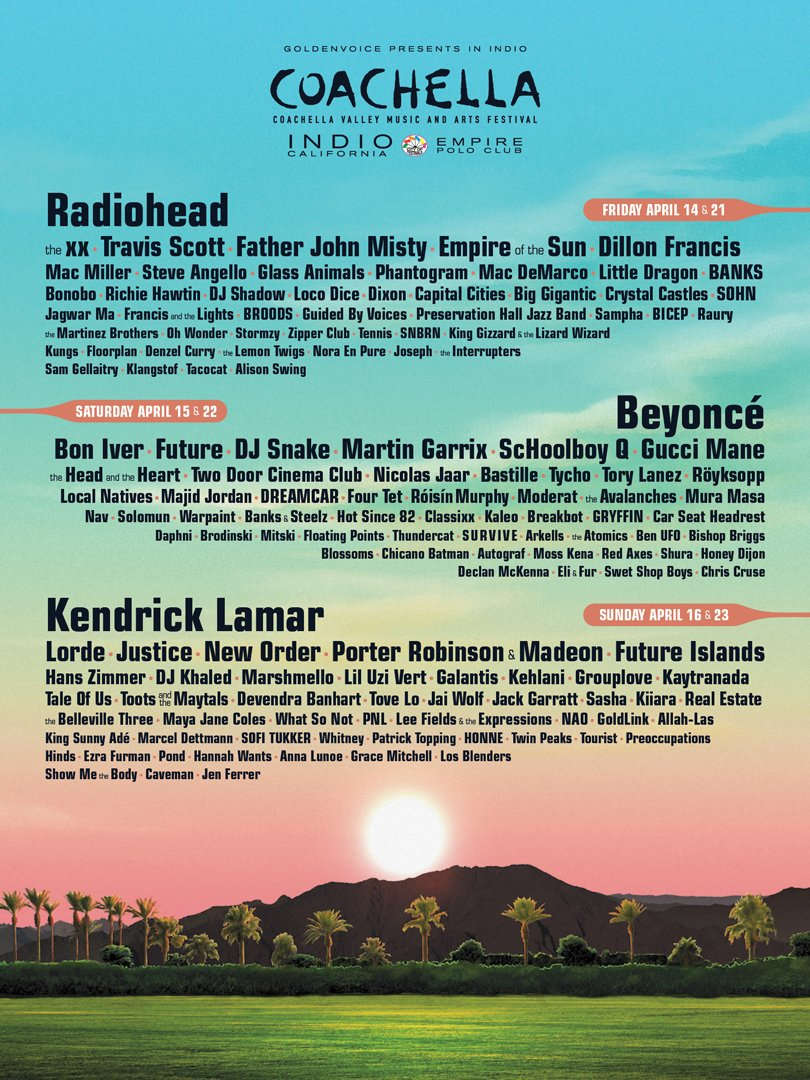