For six hours at Clive Davis’ pre-Grammy gala in Beverly Hills Saturday night, the music industry’s most recognizable faces gently set the controversy shrouding the Recording Academy down on their tablecloth-draped banquet tables and poured out dozens of toasts and smiles — celebrating themselves, their colleagues, and the continued triumph of their world.

Davis’ party — which the octogenarian music executive has co-hosted with the academy since, some trusted sources say, “literally the dawn of time” — ran from 7 p.m. to 1 a.m. at the Beverly Hilton hotel, but the show-slash-celebrity-bacchanal has long seemed to exist outside of the construct of time itself. Figures like Jay-Z, Beyoncé, Cyndi Lauper, John Legend, Joni Mitchell, Robbie Robertson, Quincy Jones, and Jimmy Iovine could all be spotted chatting animatedly to friends and bobbing along to a lineup of glittering performances from their seats. Davis capped off the night with a Grammys’ Salute to Industry Icons Award to artist-exec Sean “Diddy” Combs.

The gala began with a cocktail hour, which felt like a physical embodiment of that Hollywood cliché “don’t you know who I am” as the room filled with dozens of beloved figures including Billy Porter, Bebe Rexha, Alexander Wang, Cardi B, Offset, Dua Lipa, G-Eazy, Nas, Ozzy, Sharon and Kelly Osbourne, Pete Wentz, Smokey Robinson, Timbaland, “Weird Al” Yankovic, Wiz Khalifa, Usher, Anderson .Paak, Jessie J, Kenny G, Faith Evans, Berry Gordy, 21 Savage, David Hockney, Michael Douglas and Jamie Foxx. Davis later gave personal shout-outs to many of these figures during the four-hour performance portion of the gala — with the audience giving particularly enthusiastic standing ovations to the introductions of Nas, U.S. Speaker of the House Nancy Pelosi, and Beyoncé and Jay-Z, who slipped quietly into the show halfway through.

For all the toasting, performing, and speaking, no one directly addressed Deborah Dugan’s explosive allegations about the dysfunction and corruption of the Recording Academy, which plucks the winners of each year’s Grammy Awards and is meant to serve as the industry’s governing organization. Harvey Mason Jr., the interim CEO of the Recording Academy who was appointed after Dugan’s unexpected ouster last week, sidestepped the matter in his opening remarks by calling generally for a more “inclusive industry” and then drawing the crowd’s attention to celebration, saying: “History is created right here in this room. Looking around, I’m reminded of how much a unifier music is.” 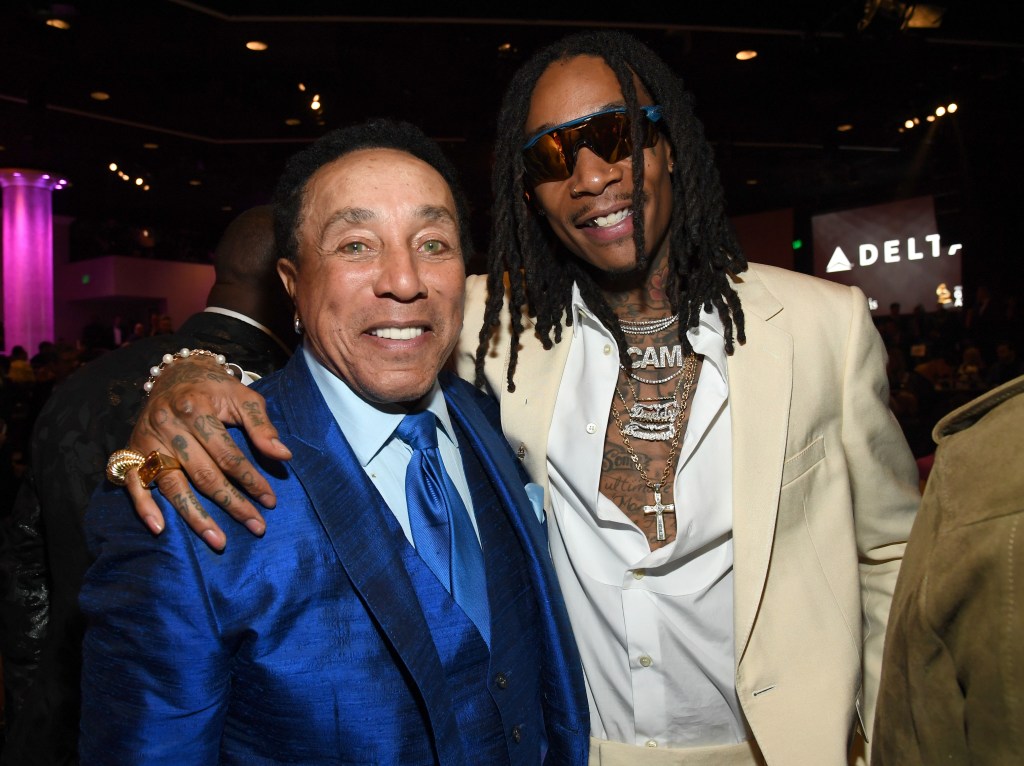 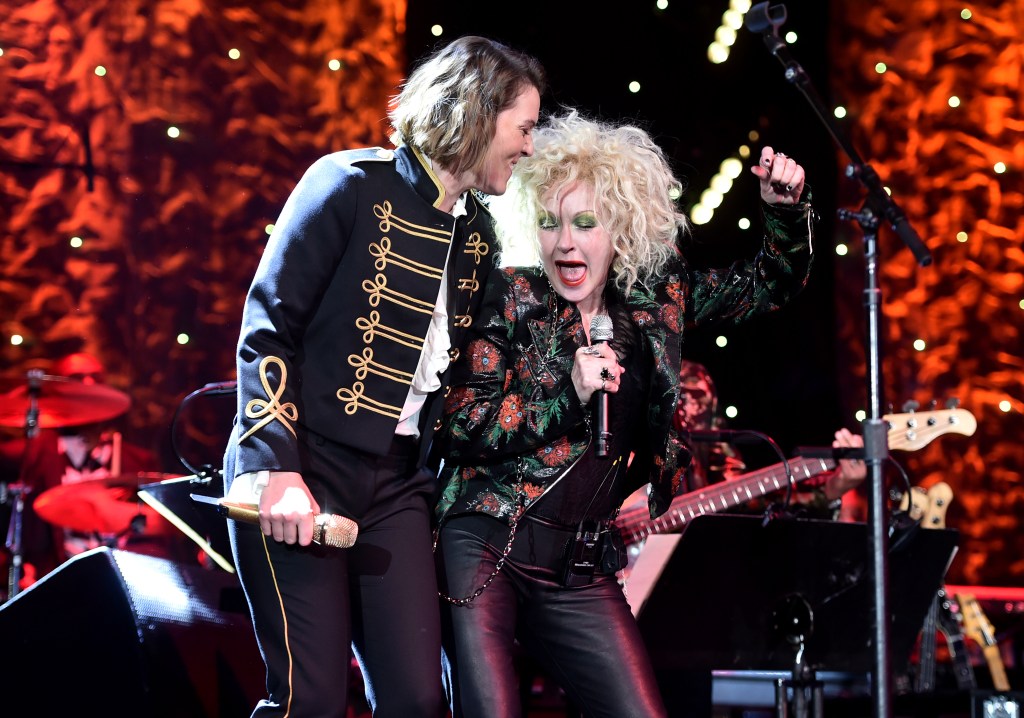 “This is clearly a very tumultuous time for the Academy, but tonight we come together to celebrate music,” Davis said in opening remarks. “But I do believe that before this night is over, you will have heard incredible music and witnessed spectacular performances to remind us all why our lives have been so deeply enriched by our lifelong careers in music.” 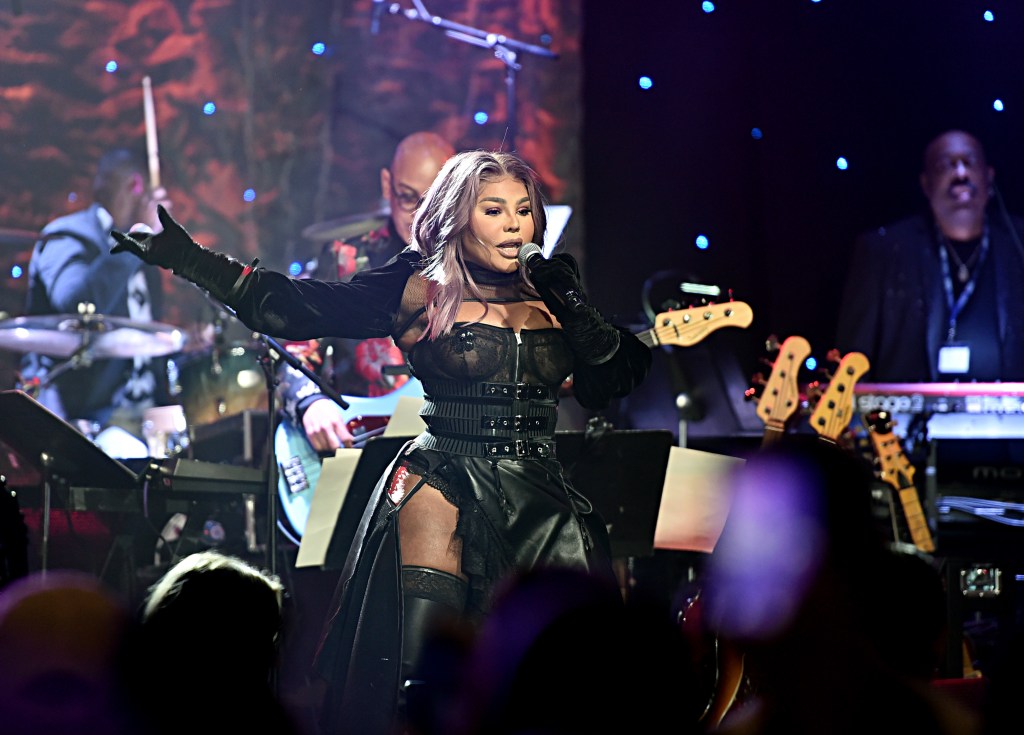 After that, Davis resumed the stage for the umpteenth time to finally present the Grammys’ industry icon award to Diddy himself — whose speech veered the night in a new direction for the first time.

“I’m following in Clive’s footsteps tonight. Since my dream has become reality, I’m going to take my motherfucking time,” Diddy announced upon taking the podium close to midnight. “So, the year is 1978…”

The wine at everyone’s tables was drained; desserts had long been taken away. Many of the patient celebrities were already wiggling themselves into coats and hiding yawns behind their hands. But Diddy went on to speak for 45 minutes — during which time Davis rose from his seat several times and began ambling his slow way to the microphone, only to be thwarted by Diddy’s recounting of yet another chapter in his life. Diddy addressed the poverty and racism that plagued his career before telling the story of his determined, gradual climb to become one of the music industry’s most influential record executives under the mentorship of those like Clarence Avant and Iovine. “Hip-hop, we’re making money now,” he shouted at one point, to rousing cheers from fellow artists like Jay-Z, Chance the Rapper, and Nas.

Then, the honoree said good night by being the first speaker of the entire affair to truly address the news and rumors surrounding the Recording Academy. “There’s the elephant in the room,” Diddy said. The room hushed. Feet that had been ready to turn and exit were stilled.

“There’s something I need to say to the Grammys, and I changed my middle name to ‘Love,’ so I say this with love to the Grammys because you really need to know this: every year, y’all be killing us, man,” he said. “I’m talking about the pain speaking for the artists, producers, executives. The amount of time it takes to make these records, pour your heart into it — and we just want an even playing field. For most of us, this is all we got. This is our only hope. Truth be told, hip-hop has never been respected by the Grammys. This current situation is not a revelation — it’s been going on around the world, and for years we’ve allowed institutions that have never had our interests at heart to judge us. And that stops right now. I’m officially starting a clock. Y’all got 365 days to get this shit together.” 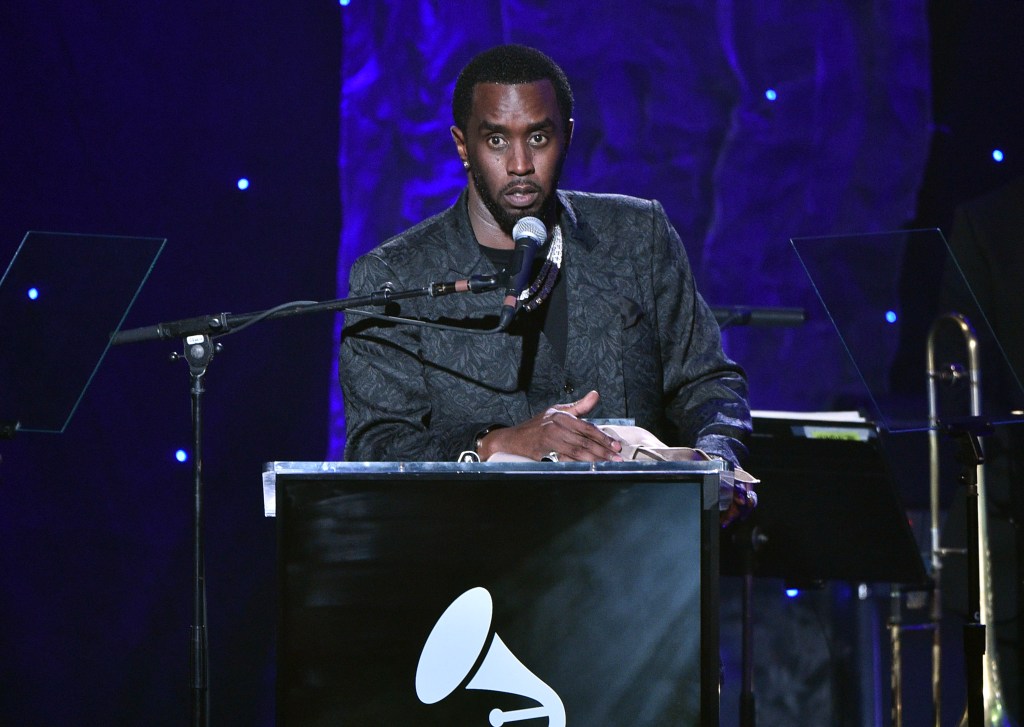 The crowd rose to its feet in salute as Diddy closed out his speech: “We need the artists to take back control. This is the room that has the power to make that change. They are a nonprofit that is supposed to protect the welfare of the music community. They work for us — we have the power, we decide what’s hot. If we don’t go, nobody goes. We control what’s hot. We control everything.

“My goal used to be making hit records, and now it’s about ensuring the culture moves forward,” he concluded. “Our culture. And for me to be worthy of receiving an icon award I have to be making a change. So, y’all got 365 days. I want to dedicate this award to Michael Jackson, Prince, Beyonce, Missy Elliot, Snoop Dogg, Kanye West, Nas. I love y’all.”

“For years, we’ve allowed institutions that have never had our interests at heart to judge us. And that stops right now. I’m officially starting a clock. Y’all got 365 days to get this shit together.” — Diddy

Circa 1 a.m., Davis returned to the stage once more to toast one last special guest of the evening: Janet Jackson, who kept her words gracefully short. “I know it’s late and everybody’s ready to go to bed,” Jackson said. “When I was getting dressed this evening, I thought to myself that I’ve been in this industry 47 years and I still enjoy going to work. And I feel very blessed.”

Then the party dispersed, the crowd scrambled to hop into chauffeured limos and Ubers that charged triple surge pricing — shout-out to my driver who waited patiently in the Hilton’s roundabout for all the limos to clear out before he could even inch toward my spot — and everybody went to bed. 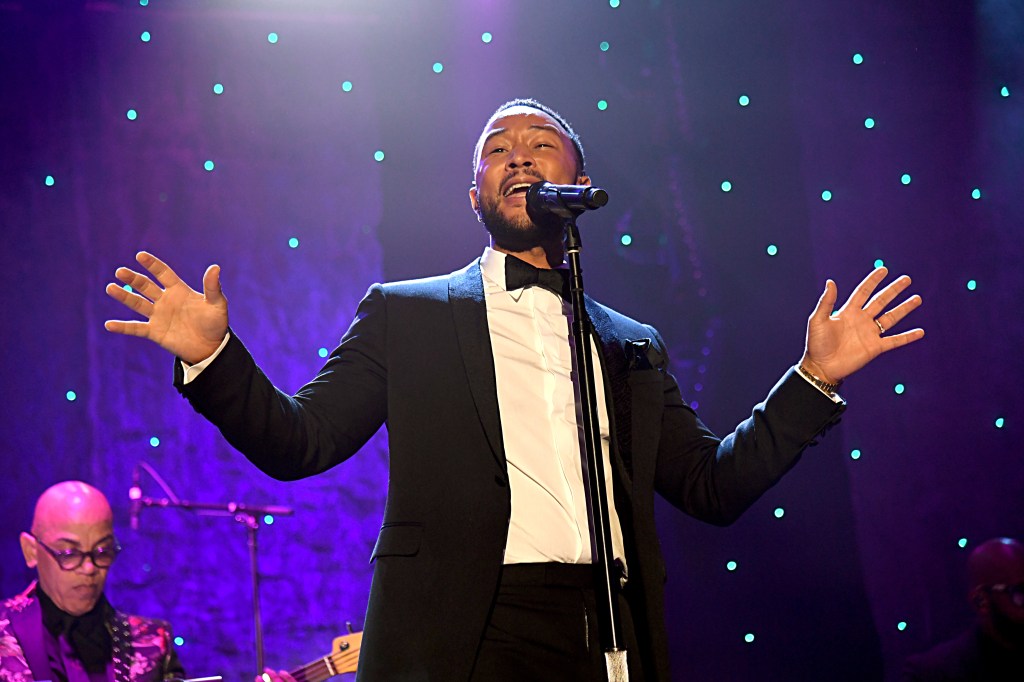 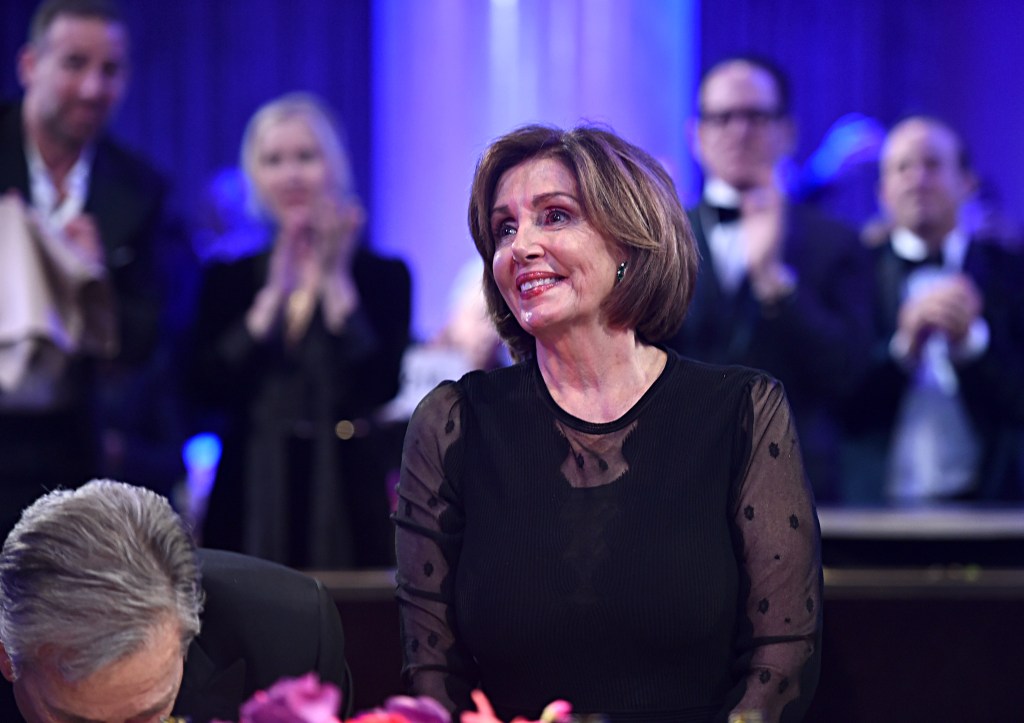 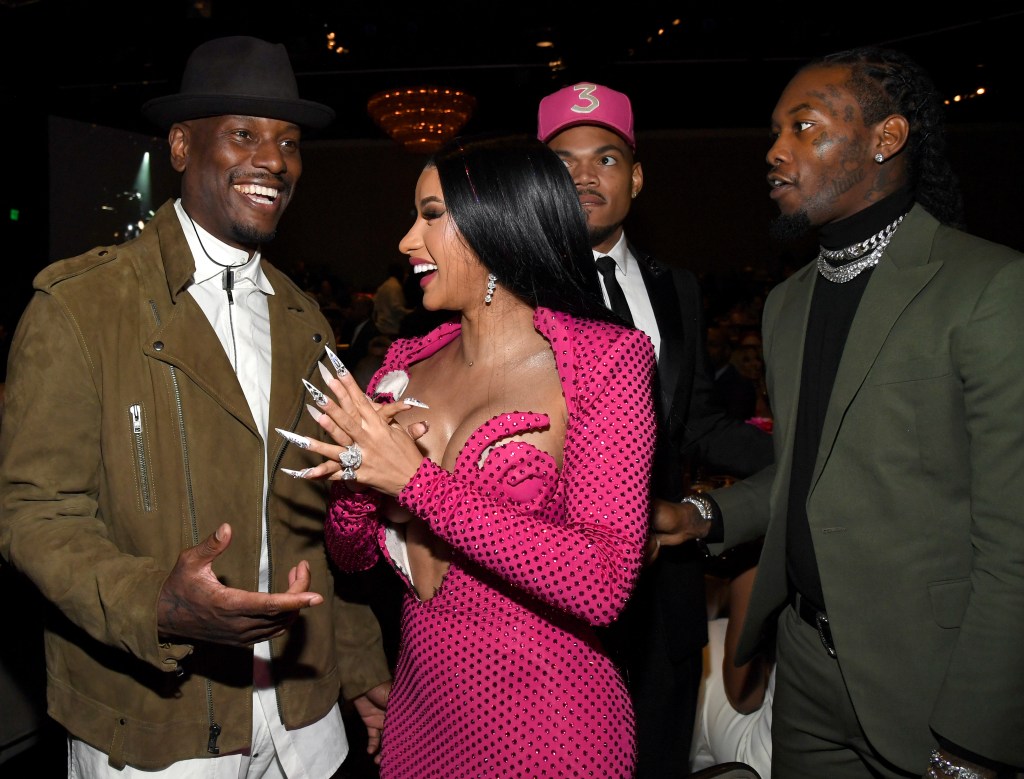 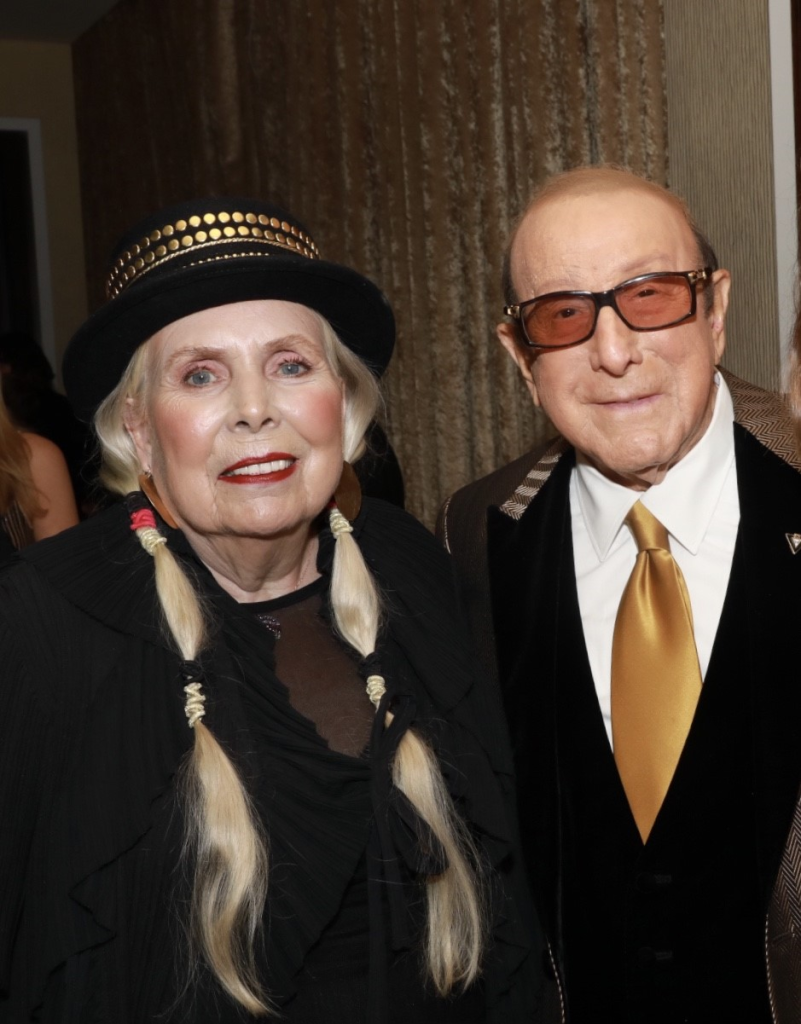 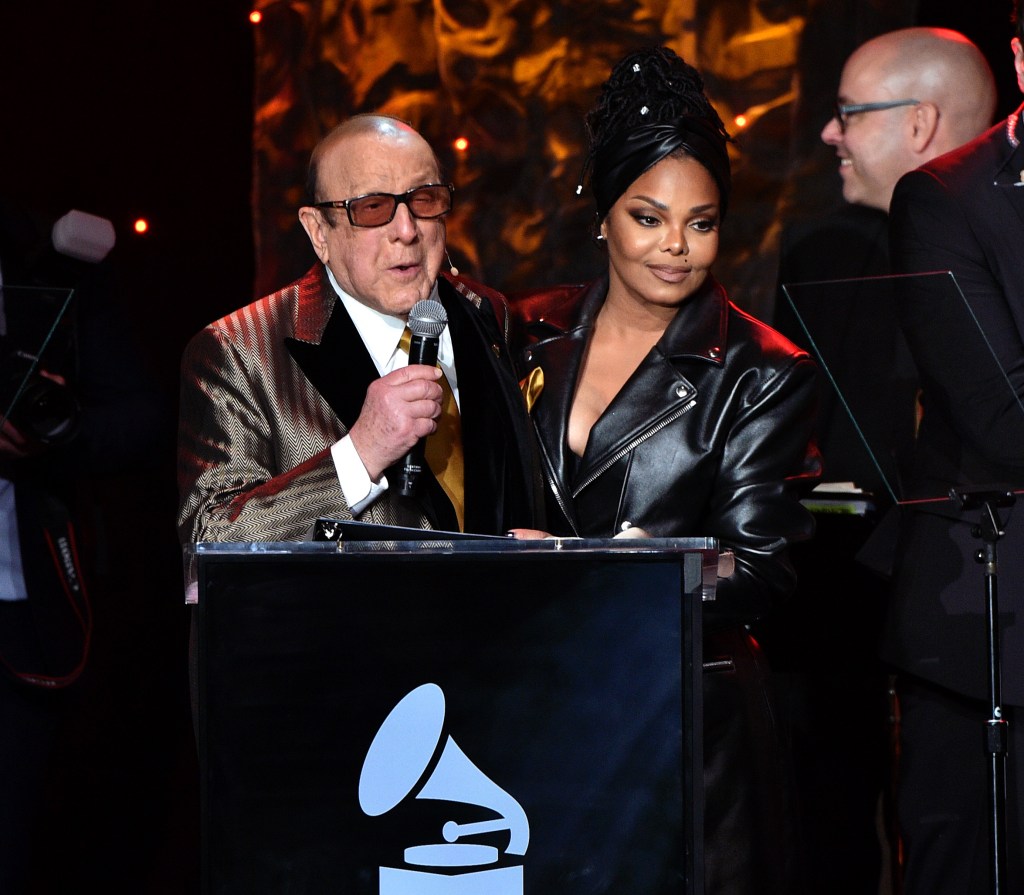