On the afternoon of May 26th, Linkin Park frontman Chester Bennington gave a performance unlike any in his career. His close friend, Soundgarden frontman Chris Cornell, was being laid to rest at the Hollywood Forever Cemetery in Los Angeles. “My name is Chester,” Bennington told the mourners gathered there. “I had the great privilege of being a friend of Chris and invited to be a member of his family.” Then, accompanied by Linkin Park bandmate Brad Delson on guitar, he sang “Hallelujah.” Bennington had become famous in the early 2000s as the powerhouse voice of one of rock’s biggest bands, expressing himself through an angst-ridden scream, but that day his singing was different: plaintive, somber, fragile. He also paid tribute to Cornell on Twitter: “Your voice was joy and pain, anger and forgiveness, love and heartache all wrapped up into one. I suppose that’s what we all are. You helped me understand that.”

Less than two months later, Bennington, too, was being mourned. He died of suicide by hanging and was found on the morning of July 20th in his Palos Verdes Estates home in Los Angeles County, a week before Linkin Park were to set out on a 29-date North American tour. The singer, 41, had been on vacation in Arizona with his wife, Talinda, and his family, but came home alone, saying he needed to work. (Linkin Park had a photo shoot scheduled for the morning of the 20th.) TMZ reported that police had found a partially empty bottle of alcohol in the bedroom where he had died.

Chester Bennington: An Honest Voice of Pain and Anger for a Generation

Bennington had always been open about his struggles with addiction and depression, but those close to him were shocked by his suicide. The day after Cornell’s memorial, Bennington tweeted that he was “feeling very creative” and had written six new songs. Around the same time, he told a friend, Rene Mata, “We have to stick together, and we have so much to live for.”

Bennington had reason to be happy: Linkin Park’s new album, One More Light, had topped the charts when it was released in May, and a single, “Heavy,” was doing well on rock radio. In addition to the Linkin Park tour, he was planning a reunion with his pre-fame grunge band, Grey Daze, for September. “He was on top of the world,” says Sean Dowdell, drummer for Grey Daze and a friend of Bennington’s since their teens, who last talked to him two days before his death.

Steve Stevens, who plays guitar with Billy Idol, remembers Bennington holding a new puppy while greeting everyone who came backstage at an event last October for Rock to Recovery, an organization for sober musicians. “He was making sure that everybody got to meet the dog at the door,” he says. “It was so endearing and so Chester.”

“He was describing an hour-by-hour battle with addiction. When I look at it now, it’s horrifying” – longtime friend Ryan Shuck

On Linkin Park’s European tour in June and July, Bennington seemed to be in top form. “We saw the most alive and present Chester of my 15-and-a-half-year history with the band,” says Jim Digby, the group’s director of touring. “He was arguably in the best physical condition of his life.”

A few days before his death, Bennington had been texting with Robert DeLeo, his bandmate in Stone Temple Pilots (Bennington fronted the band from 2013 to 2015 after Scott Weiland left the group). His messages were “loving, positive, looking-forward-to-the-future, growing-old kinds of things,” DeLeo recalls. And the day before he died, Bennington e-mailed former Guns N’ Roses drummer Matt Sorum, saying he’d like to perform again with their all-star covers band, Kings of Chaos.

But some of Bennington’s friends now feel they overlooked signs that the singer’s dark side – which he called his “dark passenger,” a reference to the force that motivated the serial-killer protagonist on TV’s Dexter – had been creeping back into his life. Bennington had gone to rehab around 2006 and appeared to be sober in the years after. But friends say he suffered a three-day relapse last August, during which he blacked out from alcohol, and had been drinking as recently as October.

A month before his death, Bennington told longtime friend Ryan Shuck, who played guitar in Bennington’s side project Dead by Sunrise, that he was six months sober. But Bennington also sent Shuck, who had his own struggles with alcoholism, some text messages that seemed portentous in hindsight: “He was describing an hour-by-hour battle with addiction. When I look at it now, it’s horrifying. He was telling me, down to the detail, what he would do in the first hour he wanted to drink: ‘I basically just take it hour-by-hour every day.’ ”

Bennington talked about his issues in an interview in February with Music Choice. “I have a hard time with life,” he said while describing the meaning behind the hit “Heavy.” “Even when it’s good, I just am uncomfortable all the time. . . . The opening line, ‘I don’t like my mind right now’ – like, that is me 24 hours a day. And if I get stuck in here, like, I just find life really hard. It doesn’t have to be.”

Shuck believes Bennington “had a couple of drinks” just before his death. “We don’t know how much, but it doesn’t take much when you’re that advanced an alcoholic and an addict and you’re battling to the extent he described to me. You don’t need much to lose your mind for a minute.”

Shuck and Dowdell downplay speculation that Cornell’s death inspired Bennington’s. While there are similarities – both artists hanged themselves, and Bennington did so on what would have been Cornell’s 53rd birthday – they believe it was mostly a coincidence. “It could be a part of it, but it’s a small part of it,” Shuck says. “I think that it’s just another horrible event that gets put in your subconscious. It’s kindling, but the fire was already burning.”

Bennington’s troubles go back to a nightmarish childhood. He was born on March 20th, 1976, in Phoenix, the youngest of four children. His mother, Susan, was a nurse; his father, Lee, was a police detective who investigated child-sex crimes. They divorced when Chester was 11, and, feeling abandoned by his mother, he lived with his dad, whom he later said was not “emotionally stable” at the time.

From the time Chester was seven or eight until he was 13, he was sexually abused by an older male friend. “I was getting beaten up and being forced to do things I didn’t want to do,” he once said. “It destroyed my self-confidence.” 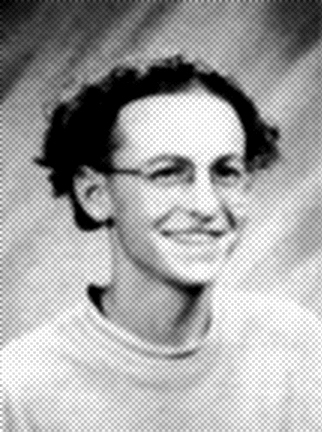 The experience led Bennington to explore drugs and alcohol. By his teens, he had used opium, amphetamines, marijuana and cocaine. “I’d drink so much that I’d shit my pants,” he once said. Bennington claimed to have kicked substance abuse the first time in 1992, when a local gang burst into a place where he was getting high with his friends and beat and robbed them.

Bennington poured his experiences into Linkin Park’s songs, which mixed his soul-baring screams with Mike Shinoda’s rapping and the band’s lumbering riffs for a sound that dominated the pop charts for much of the 2000s. “He had a distinct voice, at once delicate and ferocious,” says actor and 30 Seconds to Mars frontman Jared Leto, who met Bennington on the festival circuit in the 2000s (30 Seconds to Mars also toured with Linkin Park in 2014). “It’s the angel and the demon, sitting on both shoulders. You could feel the tension between the two when he sang, and I think the reason so many people connected to his music was because of that balance he achieved between the two.”

Bennington’s songs, many co-written with Shinoda, became anthems for young people struggling with some of the same emotional issues. “ ’Crawling,’ for example, is probably the most literal song lyrically I’d ever written for Linkin Park,” Bennington said of the single, off the band’s megaselling 2000 debut, Hybrid Theory. “That’s about feeling like I had no control over myself in terms of drugs and alcohol.”

Those who knew him say Bennington didn’t let his struggles define his personality. He could be funny in a juvenile way one minute (he was a fan of scatological humor) and deeply sensitive the next: Shuck recalls Bennington kicking himself endlessly after making a joke about lung cancer onstage.

Bennington would sometimes tell bands that opened for Linkin Park, “Next time we might be opening for you guys.” Sorum remembers how he’d asked the Kings of Chaos band members to do a gig shortly before Christmas. Bennington and DeLeo were laid over for 12 hours in Chicago, and the drummer felt horrible for keeping them from home during the holiday season. “I e-mailed those guys and said, ‘I apologize. I’m so sorry. Thank you so much for going the distance,’ ” Sorum says. “And typical Chester style, he e-mailed back: ‘Anytime, bro.’ There was no drama. Nothing.”

At home, Bennington found solace in his six kids. He’d become a father for the first time at age 20, and first got married in 1996. That relationship ended in a tumultuous divorce, marked by a relapse where “I drank myself to the point where I couldn’t leave the house and I couldn’t function,” he recalled. “I wanted to kill myself.” He married Talinda in 2005, and the couple had a son and twin daughters. Leto remembers going to Bennington’s house for dinner one night. “I walk in and it’s just jam-packed with the biggest family you’ve ever seen,” he says. “I just couldn’t believe that he had such a beautiful and thriving family life, especially for someone so young. I hadn’t seen so much of that [in him], spending time on the road.” 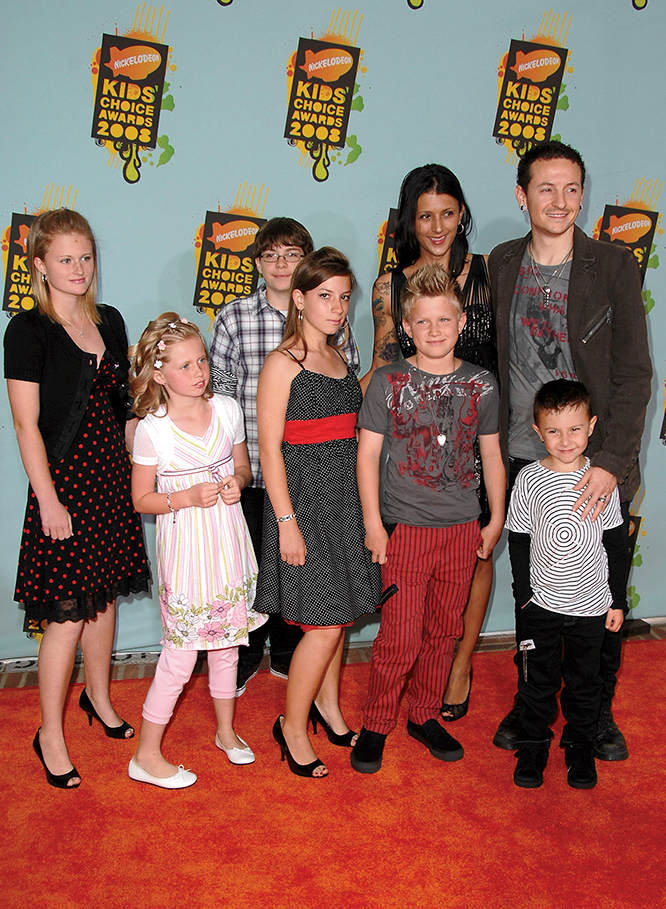 “He always had enjoyable tales of his six kids, which he always referred to with a beaming smile, no matter what kind of parental woe might have had him do a double take,” says ZZ Top’s Billy Gibbons, who toured with Bennington in Kings of Chaos within the past year. “His tattoo-parlor business was another highlight; he had me designing silver jewelry for the Las Vegas shop where we whiled away the hours talking shop. He was really an engaging soul.”

In late July, Shuck paid tribute to Bennington at a private service in Los Angeles, where he read a eulogy alongside Linkin Park’s Joe Hahn and Shinoda. (The members of Linkin Park, as well as Talinda Bennington, declined to be interviewed for this story.)

Bennington’s death is still resonating among his fans, who experienced a shock wave when the news reached the public. The National Suicide Prevention Lifeline says it received a 14 percent spike in calls on the day after the news broke.

Ten days after Bennington’s death, the singer’s home was encircled with a temporary six-foot fence. A police cruiser sat outside as fans left flowers, drawings, signs, guitar picks and crosses on its perimeter. “When I found out, I was at a museum, and I just bawled my eyes out,” said 19-year-old Briana Yah-Diaz. “It was like a piece of my childhood went away. The little-girl part of me needs to come up and pay my respects. . . . I could always count on them.”

Outside his home, one note read, “Fly free now! With love all the way from Texas.” Another said, “Dear Chester Bennington, It hurts all of us to know that you saved so many lives, yet we couldn’t save you. . . .”