The new album will see Wolfe stepping into “a more folk leaning sound,” according to a press statement, and her lead single and opener “The Mother Road,” described as “a harrowing ode to Route 66,” certainly suggests so. Over a haunting strumming pattern of acoustic guitar, Wolfe compares herself to “a spider in Chernobyl” and repeats a morbid resignation: “Guess I need someone to break me/Guess I need someone to shake me up.” Her new sound may be folksier than her earlier, heavy metal-inspired work, but it’s no less goth.

“I’ve been in a state of constant motion for the past eight years or so; touring, moving, playing new stages, exploring new places and meeting new people-an incredible time of learning and growing as a musician and performer,” says Wolfe. “But after awhile, I was beginning to lose a part of myself. I needed to take some time away from the road to get my head straight, to learn to take better care of myself, and to write and record as much as I can while I have ‘Mercury in my hands,’ as a wise friend put it.” 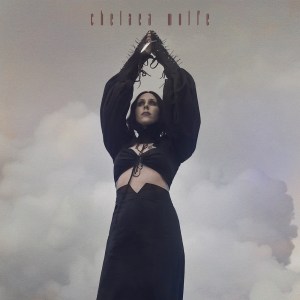 Wolfe will embark on a tour in support of Birth of Violence this August, kicking off at The Cure’s Daydream Festival in Pasadena, CA. The tour will continue with acoustic sets in dozens of North American cities before concluding in Vancouver, BC, on November 21st.