Despite critical acclaim, the band’s first three albums in the late Seventies failed to enter the Top 40 in the U.S. But all went gold in Japan, and when the quartet crossed the Pacific in April 1978 for their first Japanese tour, it was Beatlemania all over again. Five thousand screaming fans awaited their arrival at Haneda Airport; Cheap Trick were on 24-hour guard at their hotel.

They sold out two nights at Tokyo’s Nippon Budokan (April 28th and 30th) and recorded the gigs for a live LP, originally slated for Japanese release only. When it dropped Stateside in ’79 due to popular demand, raucous live renditions of “Surrender” and “I Want You to Want Me” ruled radio, and the LP climbed the charts to number four. At Budokan eventually sold over three million copies.

500 Greatest Albums of All Time: Cheap Trick, ‘At Budokan’

Sunday night in New York City, the band – singer Robin Zander, guitarist Rick Nielsen, bassist Tom Petersson and Nielsen’s son Daxx sitting in for Bun E. Carlos on drums – celebrated the show’s 35th anniversary by recreating it not at massive arena, but at the tiny John Varvatos boutique on the Bowery. (A second show is scheduled for April 30th at Los Angeles’ El Rey.) The buzzing din of 12,000 screaming Japanese girls, hardly background noise on At Budokan, was replaced by the drunken small-talk of a few hundred fortysomethings, packed so tightly in the shop that many spilled out onto the sidewalk. The LP’s gritty-warm audio recording was traded for a live web stream for fans worldwide to watch. The times are indeed a-changin’. 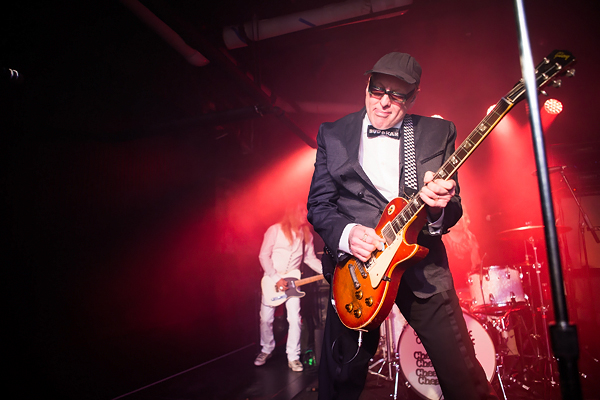 But the band themselves haven’t changed much over three and a half decades. In his flimsy ball cap and suit and bowtie, Nielsen still played the nerdy one. He mugged for the crowd, busted out Pete Townshend-style windmills on his four-neck axe and stopped mid-solo to adjust his tie.

When not playing rhythm guitar, Zander, the rock god frontman in long blond locks, worked it onstage in a white suit and Navy cap, shaking his pointer finger “no-no” style. Petersson ripped it up on his glittery bass guitars (12-string bass!) as his scraggly hair bounced about. The volume was cranked up, too – these dudes rocked, and hard.

The 90-minute concert was full of “wwwwwaaaahhhhhooooooo”-worthy highlights – Zander’s vocals on “Come On, Come On”; the metal-blues riff on “Big Eyes”; the rhythmic bounce and airtight musicianship on “Lookout”; the buzzing tangle of guitar and the slow groove on “Need Your Love.” It’s easy to see why producer Jack Douglas, who discovered and helped Cheap Trick sign with Epic Records, would recruit members of the band to later back John Lennon. 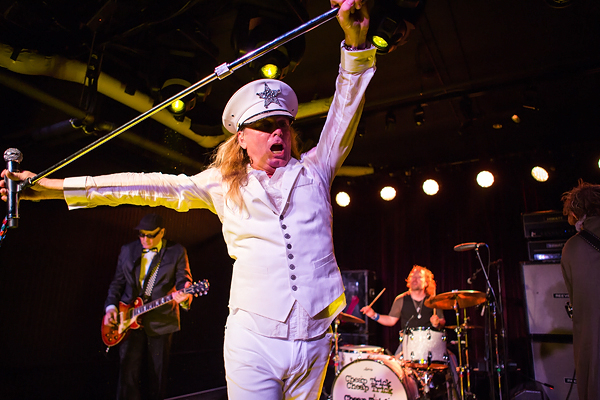 The gig’s big wide-eyed rush came with “Surrender” and “I Want You to Want Me,” natch. The vocal melodies on the former – especially the register lift during the chorus of “Surrender! Surrender!” – sounded fantastic. And the Rock Circle of Life came full rotation when the crowd, most just teens when Cheap Trick first broke, sang “Mommy’s all right, daddy’s all right/They just seem a little weird.” Many are now parents themselves (but that doesn’t excuse you from filming with an iPad).

“I Want You to Want Me” turned Varvatos into a rowdy, beer-sloshing mess: 200-some New Yorkers are very sore and hungover this morning. Even people in the street, not invited to the show, were singing along.

“They’re great!” said Andrew W.K., gently headbanging at the gig by himself. “I’ve loved their stuff as long as I can remember. I’m humbled by their legacy. This is definitely party music!”

Varvatos is the original location of CBGBs, ground zero for the punk movement, and its walls are covered in pictures of artists in their iconic youths – David Bowie, Joan Jett, Debbie Harry, Lou Reed, Patti Smith, the Ramones and scores more. The venue’s spirit celebrates youth, but Sunday’s Cheap Trick show was a reminder that age ain’t nothin’ but a number. You don’t have to burn out or fade away – you can just keep rockin’.