Last night, Man Man’s Adam Schatz arrived 30 minutes into the Brooklyn tribute concert to Elliott Smith on the 10th anniversary of his death. He was alone onstage wringing his every last emotion into an a cappela version of Smith’s XO gem “Waltz #2,” contorting his body and face, performing free jazz saxophone solos between verses, honking and blaring around its recognizable melody. At one point, he motioned with rising palms, like a gospel bandleader, and the tiny crowd joined in the refrain: “I’m never going to know you now / But I’m going to love you anyhow.”

It was the first of several transcendent, spine-tingling moments at Brooklyn’s Glasslands venue, and a fitting tribute to a singer-songwriter that’s deeply influencing a new generation of musicians a decade after his death.

The three-and-a-half-hour concert was heavy on artists all still in grade school, if not younger, when a 34-year-old Smith died from self-inflicted stab wounds to the chest in Los Angeles on October, 21 2003. The bill included Sadie Dupuis of rising noise rockers Speedy Ortiz, the Low Anthem, Here We Go Magic’s Luke Temple, Aaron Pfenning formerly of Chairlift, Marissa Nadler, Yoni Wolf of Why? and DIIV frontman Zachary Cole Smith and his girlfriend, singer-model Sky Ferreira. Smith’s only contemporary on the bill was 41-year-old Chan Marshall, aka Cat Power, who headlined and acted as the night’s spirit mother. 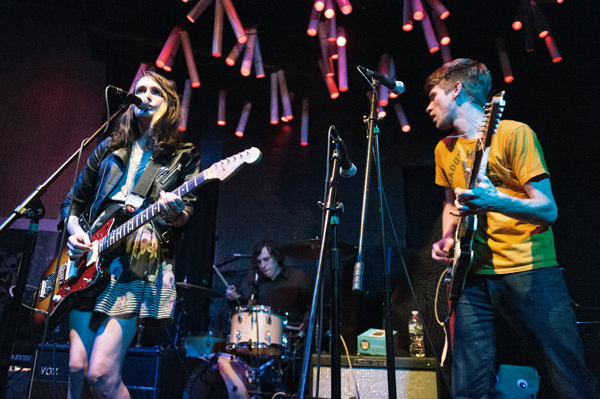 Dupuis delivered the night’s heaviest alt-rock blast, leading a Nirvana-like performance of “Abused” by dialing up the track’s soft-loud-soft dynamics. Nadler offered a mesmerizing lullaby with the gentle strums of “Pitseleh.” Wolf played three tracks solo on piano, including “Angeles” and “Say Yes,” adding his own spin lyrically and musically, something a “chord guy” like Smith would appreciate, Wolf joked.

The night wasn’t only a tribute to Smith, but the music he loved and covered. The Low Anthem turned in a charmingly ramshackle rendition of one of Smith’s favorite songs, John Lennon’s “Jealous Guy,” and led the crowd in its whistling solo. Temple delivered another stunning moment with a solo acoustic cover of Big Star’s “Thirteen,” also famously covered by Smith. Pfenning played a new wave-y original that “wouldn’t exist without Smith” and a cover of the Church’s “Under the Milky Way,” a track his former band sang every night while recording in Smith’s L.A. studio New Monkey.

Ferreira and Cole Smith paid tribute to From a Basement on the Hill, a posthumous release compiled from the material Smith had been recording piecemeal for his new album. “I’ve had phases and can never pick a favorite [Elliott Smith album],” said Cole Smith. “But right now that’s my favorite.”

The couple played Basement gems “A Distorted Reality Is Now a Necessity to Be Free” and “Little One,” plus “Last Call,” an acoustic outpour from Smith’s debut solo release, 1994’s Roman Candle. “It’s hard to do because it’s intense and so gritty,” Cole Smith said of “Last Call.” 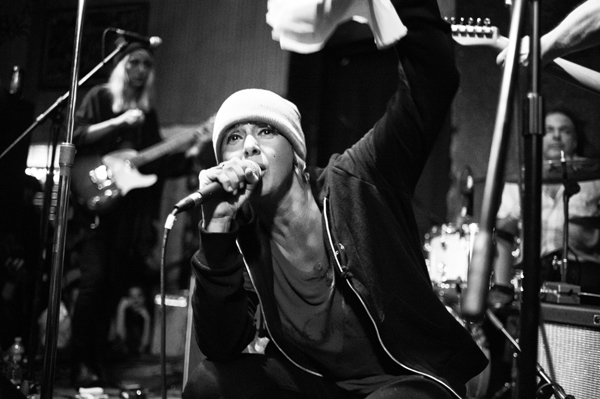 Cat Power soon walked onstage and raised a glass from behind the piano — “cheers to Elliott,” she said. She played a solo version of her own tune, the haunting “Names,” from 2003’s You Are Free, before her band joined for a jazz/R&B-flecked “Between the Bars,” which hit with extra punch due to Marshall’s own history of alcohol abuse and mental illness.

She handed out knit caps, like those Smith so often wore (Marshall sported a yellow-gold beanie over her bleached blonde hair all night), and closed with From a Basement on the Hill’s “Pretty (Ugly Before).” Ferreira joined Marshall onstage, and the two traded verses and invited the crowd to join — “Fucking sing it if you know it!” shouted Marshall — on the repeated outro: “I was so ugly before didn’t know what to do.” The jam-packed audience inside the DIY venue all sang in hushed tones together, in unison.