After releasing several new singles over the last few months, Bright Eyes have announced a new album, Down in the Weeds Where the World Once Was, out August 21st via Dead Oceans.

The trio previewed the announcement with a stunning new track, “Mariana Trench,” featuring Red Hot Chili Peppers’ Flea on bass and drummer Jon Theodore from Queens of the Stone Age. “Well they’d better save some space for me/In that growing cottage industry,” Conor Oberst sings. “Where selfishness is currency/People spend more than they make.”

Accompanied by a video created by Art Camp, the surreal clip consists of 2,200 hand-illustrated ink paintings based on original 3D animation and archival footage. “In 18 different bedrooms across the world, listening to Bright Eyes, keeping each other company, we got the chance to collaborate on a story about embracing and celebrating change,” the studio said in a statement.

“Mariana Trench” follows the singles “Persona Non Grata,” “Forced Convalescence” and One and Done.” Down in the Weeds Where the World Once Was marks the band’s first new album in nearly a decade, after 2011’s The People’s Key. The group decided to end their hiatus at a Christmas party in 2017.

The record is currently available for preorder.

Down in the Weeds Where the World Once Was Tracklist 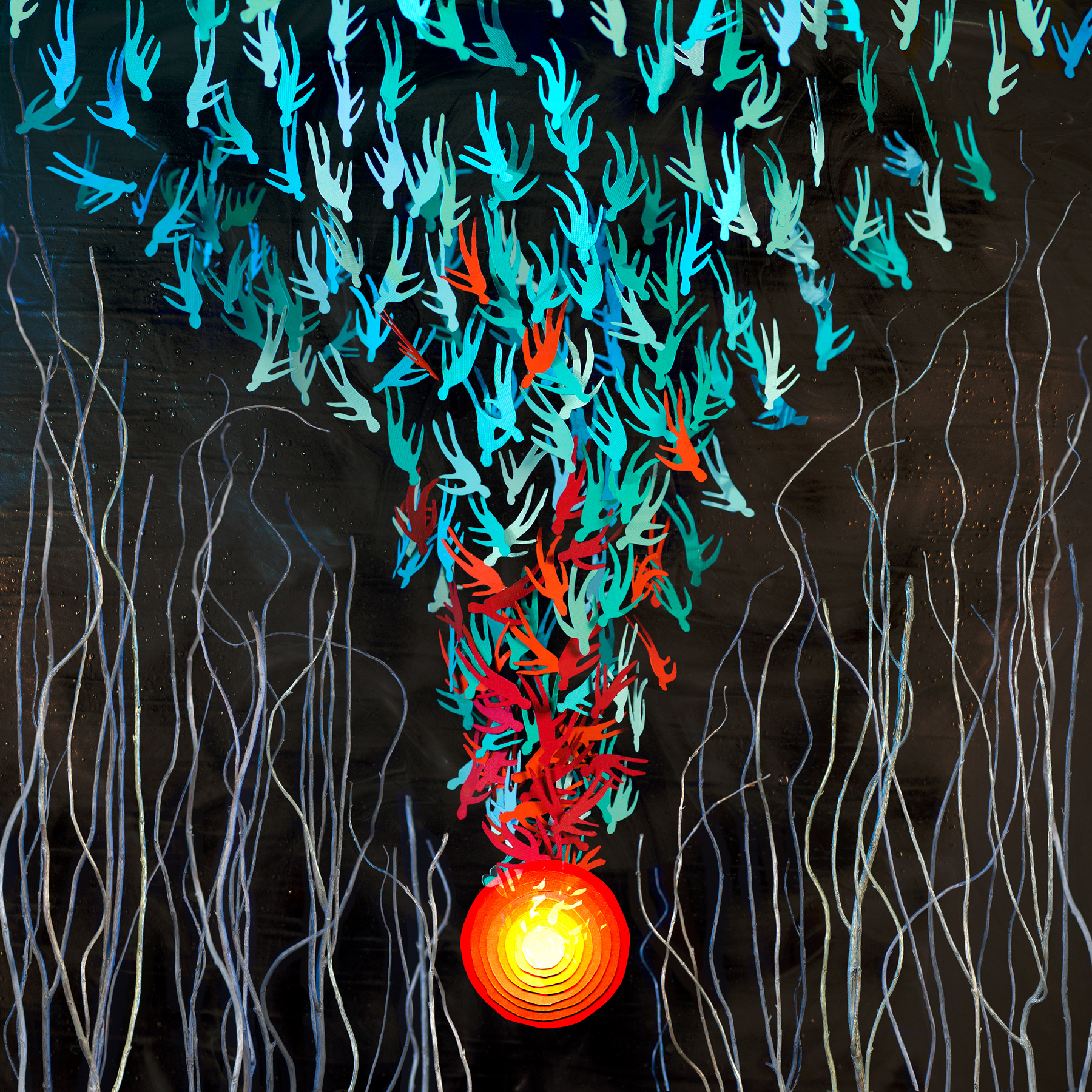