Bowie: Stardust, Rayguns & Moorage Daydreams is a story of reinvention, following Bowie as he emerges from his ordinary life as David Jones and into the exploding rock scene of mid-Sixties London. Part biography and part imagination, the illustrations depict both true-to-history recording sessions and shows as well as imaginary outer space conversations between Bowie and Ziggy Stardust, his legendary alter-ego sent from Mars. The graphic novel follows Ziggy’s origins and his inevitable end, leaving off before Bowie’s next manifestation begins: The Thin White Duke.

“The incarnations of David Bowie were, in themselves, science fictional,” writes award-winning author Neil Gaiman in Bowie’s forward. “All I was missing was a Bowie comic,” he says of his years as a young fan, “and, missing it, I would draw bad Bowie comics myself.”

Such a comic won’t be missing for long. Bowie: Stardust, Rayguns & Moonage Daydreams is currently available for pre-order on various online outlets. The 160-page graphic novel will be released on January 7th, 2020. 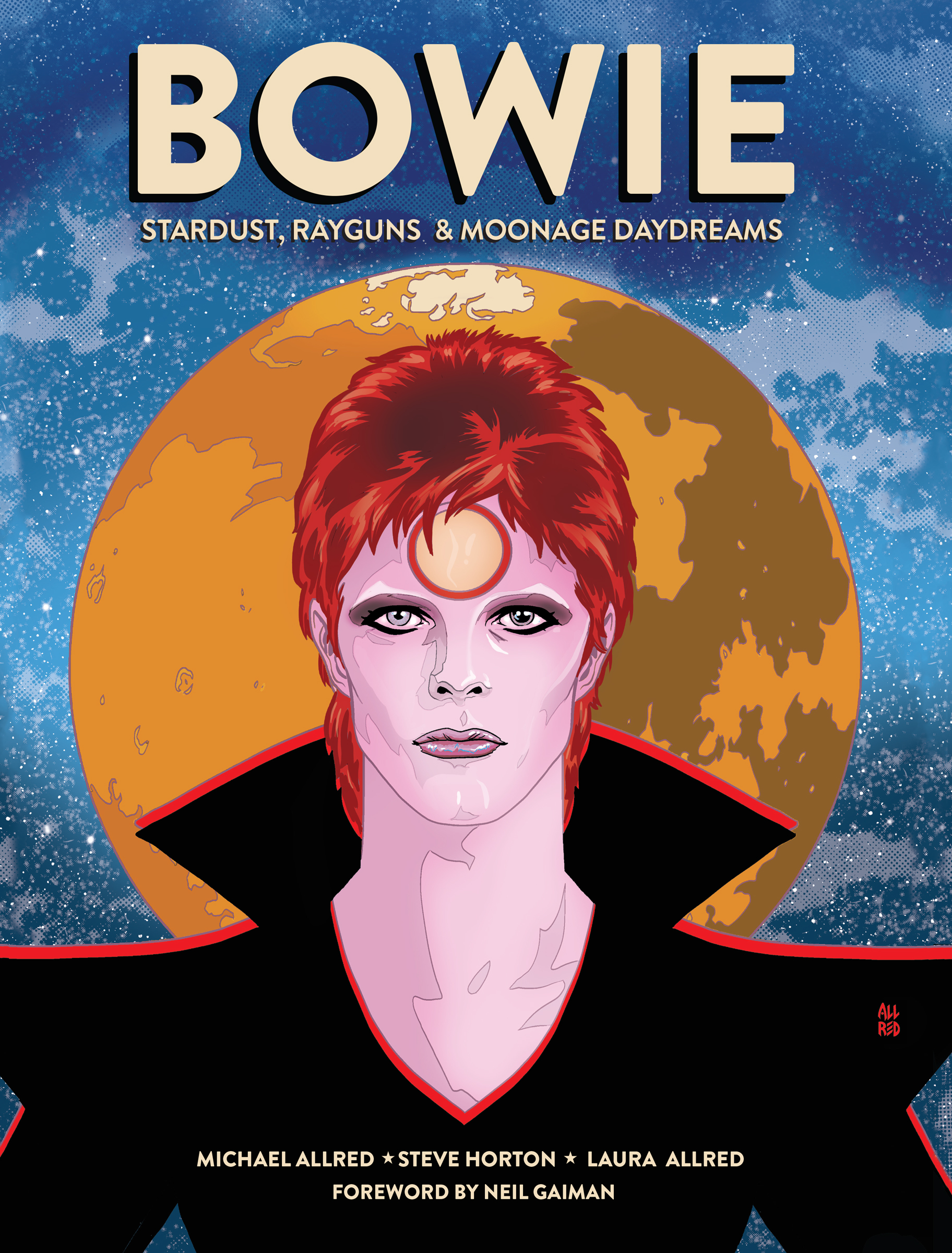