Bob Seger on the Climate, Spotify and Hanging With Eminem - Rolling Stone
×
×

Bob Seger does things at his own pace. The Detroit icon’s new disc, Ride Out – a country-flavored collection that mixes originals with covers of songs by Steve Earle and John Hiatt – is only his second LP in nearly two decades. But it also includes his most politically outraged song ever, “It’s Your World,” marking Seger’s coming-out as a climate-change activist. “I’m sure this will alienate some fans,” says Seger, who’s about to launch an arena tour. “But I’m 69. What the heck can they do to me now?”

Most of your peers tour all the time, but you only go out every few years. Do you just naturally crave the spotlight less than they do?
It’s never been important for me to be a public figure. I just read a book by Susan Cain [Quiet: The Power of Introverts in a World That Can’t Stop Talking]​. I said, “Oh, my God, that’s me.”

The Turning Point: New Hope for the Climate

You’re an introvert about to go on a huge arena tour.
It’s very strange. The road, to me, is a way to expose my songs and nothing more.

Are you going to play a lot of new songs?
We’ll probably start with just five or six per show. I’ll keep playing ones that people really want to hear, like “Mainstreet,” “Night Moves,” “The Fire Down Below.” But by January, I’d like half the show to be new songs.

How do you get in shape for a tour?
Well, right now I’m 10 pounds overweight. I do a TV spot in Los Angeles in 11 days, and by then I’ll be down to my tour weight. I do a hundred-plus miles a month outside on a bike with big, fat tires that make it hard to pedal. I do weight lifts and sit-ups for 90 minutes every other day.

Do you still smoke?
Oh, yeah.

Are you trying to quit?
No. [Big laugh] Some old people never change.

Have your kids tried to make you?
I don’t smoke around them. and I don’t when I work out. I don’t smoke nearly as much as people think, because a lot of them just burn down to nothing.

A lot of your fans probably agree with Rubio.
I’ve been told a good deal of my fan base is Republican. But I don’t think they all deny global warming. I think with a lot of them, cash is king and they want the jobs. I can understand that, but not if it’s gonna wreck the future for our kids.

You cover Steve Earle’s “The Devil’s Right Hand” on this album. Do you see that as an anti-gun song?
I would say that it’s anti-violence. I’ve always liked that song. I saw Waylon Jennings play it at the end of that movie Betrayed. I thought, “Wow, does that ever sum up this movie?” It’s a movie with horrific violence. This extremely radical, anti-government groups are killing black people. It’s a tough movie to watch.

It’s not a country album, but there’s definitely elements of country music sprinkled in there.
Well, I listen to a lot of country music because my wife loves it. It’s permeating the house and there’s some really good songwriting in country. They really work hard at songwriting. If it’s a song you really like, I don’t want to change it. I don’t want to do “Adam and Eve” with an electric guitar. I wrote “Fireman’s Talkin’,” which is another one. You could say that’s country-sounding, but I just called it crazed-bluegrass myself.

You cut Ride Out with session pros in Nashville. Did the guys in the Silver Bullet Band mind that they weren’t invited to play on the album?
They understand. It would have taken longer to work with them, because they’re not used to the studio. It’s so quick to record down in Nashville. It reminds me of Muscle Shoals back in the Seventies. They plug in and sound like a record. I was able to fly down there in 90 minutes, cut two songs and then fly home the same day.

What’s your goal for this album? It’s nearly impossible for veteran artists to get music on the radio these days. Top 40 is just dominated by really young pop stars.
You’ve got that right. I listen to what my daughter plays, and it’s all really young artists. You know, I just try and write good songs. If people play them, that’s great. I still think people buy records, maybe for an artist they still care about. 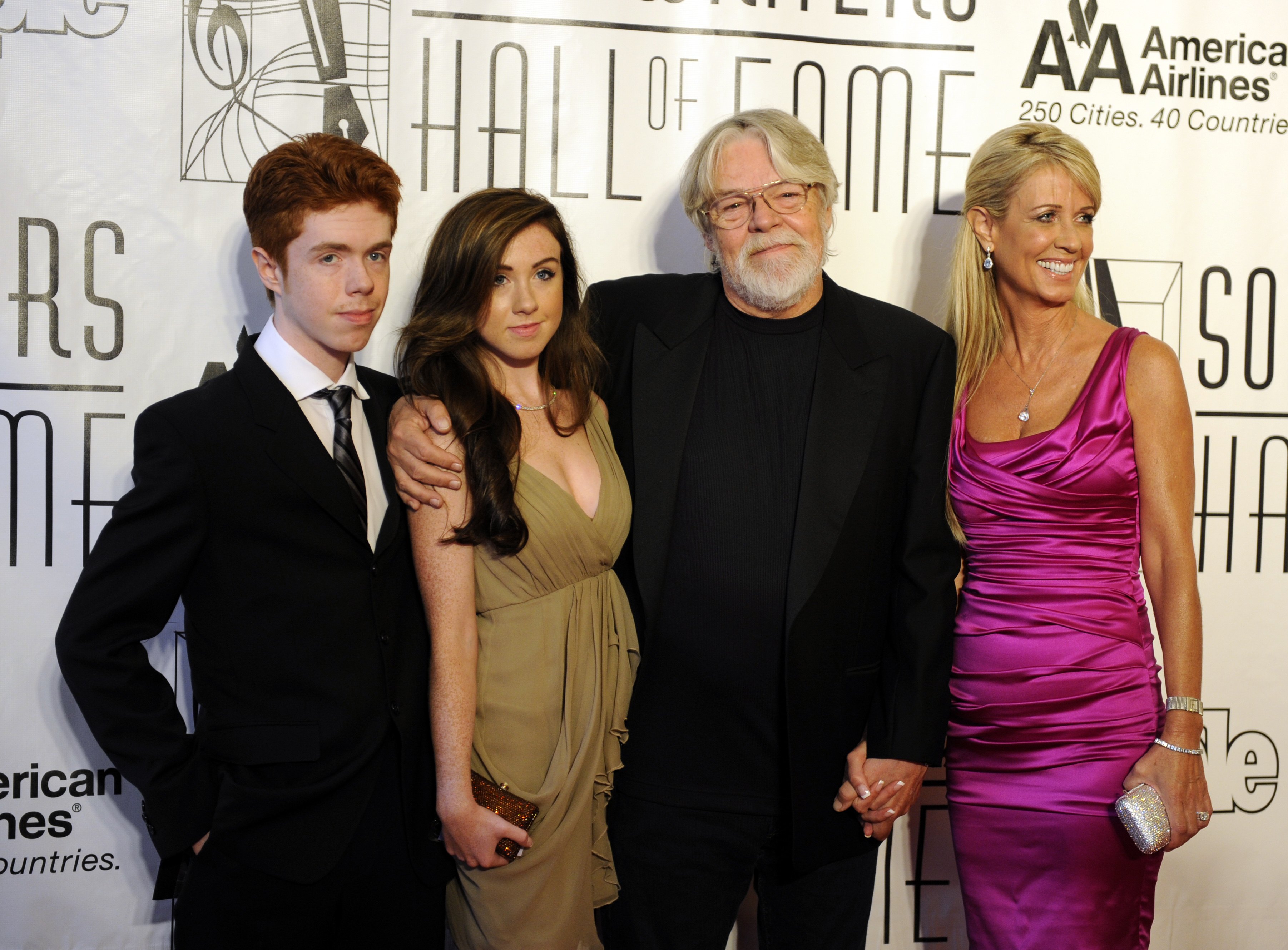 You make it hard to get your albums though. This new one is on iTunes, but let’s say I want to buy Against the Wind or Night Moves. There are no more record stores.
Well, there’s Walmart, Target and Best Buy. Then there’s Borders…Wait, that’s gone. But there’s Barnes and Noble. There are places you can get it. Of course, you can just buy it from Amazon. There are ways to get it if you really like.

Right, but why not have your whole catalog on Spotify, or at least iTunes?
It’s an ongoing issue with my manager and Capitol Records. You have to talk to him about that. They agreed to something many years ago about new media and they don’t want to live up to it. The record business is 50 percent of what it was ten years ago, so they’re trying to cut costs. Until that’s resolved, we let very little out.

Does this stalemate frustrate you?
Yeah, it does. I wish people could get any song at any time.

Do you ever use Spotify yourself?
No, I don’t stream. I do a lot of listening to music though. I listen to satellite radio. I might listen to the bluegrass station on Sirius or the BB King blues channel. I also listen to local radio.

Why not?
I don’t know. [Laughs] I just have no desire to be that public, I guess. It takes up too much time. I read a funny thing that said “We’re raising screen-agers now.” That’s because they’re always staring at their phones or their pads or whatever. I want to get a little more out of life than looking at a screen. Wait, I should say my office has a Facebook page for me, but I have no idea what’s on it. Occasionally, they’ll ask me a question and I’ll put my answer on it.

Do you use a smartphone?
Oh, yeah. I have an iPhone 5S. I use it for texting. I like my old Blackberry better because of the typing.

Do you ever use the Internet?
Not really. I don’t use the computer much at all, mostly just to write lyrics.

What about e-mail?
No. No spam for me! I’ve had enough commercials in my life.

I just try and write good songs. If people play them, that’s great.

The vast majority of your early albums have been out print for decades. When are you going to re-release them?
I’m going to eventually do a collection. I’ve been working on it for years. I’ve got so many albums, but I just keep waiting for the right time to release them. It’ll probably happen when the download issue gets settled.

When do you think that might happen?
Probably in the next few years.

I just looked up your 1971 album Brand New Morning on Amazon. The cheapest vinyl was $200.
Oh my! That’s probably just collectors.

Right, and it just shows how hard it is to be a hardcore fan of your work. You really gotta search for this stuff.
I’m sorry about all this. But, nevertheless, I’ve had the same manager for 49 years and he’s been right most of the time. And I hate to get into that area. He doesn’t mess with my music and I don’t mess with his area. That’s all I can say about that. [Kid] Rock followed my lead for many years. He didn’t download anything because he thought it would kill CD sales. Of course, we all hope people for the CD because that’s the highest quality.

You’re also the only artist I can think of never to release a DVD, documentary or even a box set.
I’m waiting for the right time. Once the issue is settled I can get everything out there.

How are you adjusting to your kids being out of the house?
They’re not quite out yet. They go to college near us. I’m happy as heck they’re still around because I adore them. I think my daughter is going to be the first to go. She’s 19 and wants to go to Nashville or New York next year for school. That’s going to kill me. She wants to be in music management. You know, I recently took her and her boyfriend to see Eminem and Rihanna. She got to meet a CAA agent there.

How did you enjoy the show?
It was sensational. Em is so good. The agent told us that Rihanna is even bigger than Beyoncé in Europe and Asia.

Do you know Eminem?
I’ve met him a few times. I really like him. He’s got a daughter and we talk about kids and stuff like that. I’ve used his studio and he’s always very gracious about that. He never stops working. He goes five days a week.

Do you mind that when many people think of you, their first image is Tom Cruise dancing around in his underwear to “Old Time Rock and Roll”?
No. It’s an iconic moment. I get a kick out of it. It’s been parodied by many people: Nicole Kidman, Ron Reagan Jr. . . .

When was the last time you watched Risky Business?
It’s been a while. I’m more into Liam Neeson. I never miss anything he does. I liked The Grey, which a lot of people hated. The director is from Detroit, and I was rooting for him.

Are you going to see Taken 3?
I have to see the second one first, but I will.

What’s your favorite TV show?
The Good Wife. I love the writing. I try to never miss it.

So many stars your age do whatever they can to look younger. Why do you think you avoided that mindset?
I messed with hair dye in the Nineties, and it felt so phony. You know that joke about Kenny Rogers? They had a look-alike contest and he came in third.

Are you gonna keep touring when you’re in your seventies?
I don’t know. I’d hate to be one of those people that does a farewell tour. The introvert inside me tells me, “Make the decision slowly.” I’ll know when it feels right to stop.