It is never a good time to be a shelf in the home of a rapacious Bob Dylan collector — as if there were any other kind — for you will buckle under the strain of the most recent “gotta have it” box set heaped upon your back. The latest collection to fit that bill is The Cutting Edge: 1965–1966: The Bootleg Series Vol. 12, which you likely have in one of three forms now that the Christmas season is over: the two-disc version, the six-disc whopper or the 18-disc mega-whopper containing every note of music Dylan made in the studio over those two galvanic years, retailing in a limited edition set of 5,000 for $600.

Is there any way on earth such a purchase is worth it? Two points: We’re talking a period here when Dylan was at the level of Shakespeare in 1599, Mozart in 1787, Keats in 1819, the Beatles in 1963, Monet in 1916. Which is to say, an all-timer level even for the all-timers. And consider this: Purchasers of the ultimate shelf-buckler box received another box of sorts, this time in the form of a link that gave you 208 live cuts from 1965 to download.

The fidelity varies massively, from “I just heard a musician’s boot squeaking on the floor” quality to making you feel like you’re out there with Alan Lomax in the 1940s as he sets up his microphone in a shack to get Son House’s latest musical thoughts on tape. The material spans 14 concerts. Some of the gigs are all acoustic, with others in the second half of the year mixing in a goodly helping of electric medicine, too. That this digital box is its own kind of museum piece naturally imbues the 18-disc set with better value, and makes a purchase more justifiable if you’re fortunate enough even to be considering the outlay of cash. Better move spryly, though: Only 125 copies or so remain. But let’s pick through the treasures of the in-concert add-on, manna to be had a long ways off from those studio walls.

“She Belongs to Me”: May 8th, Savoy Hotel, London
A live song, after a fashion, but very informally so. This is Dylan in a hotel room. There’s something about travel, and living for a spell in a room not your own, that inspires some wistfulness. The title is a cheat; this woman clearly doesn’t belong to the singer at all, but in this performance, you can hear just how much her essence is twined with the singer’s heart. A different mode of belonging, then. Various hangers-on are there to sing along. After the first couple lines, though, Dylan is gone, off on his own journey. At which point everyone shuts up and lets the man do his thing. It is his reverie. You simply listen in.

“Just Like Tom Thumb’s Blues”: September 3rd, Hollywood Bowl, Los Angeles
Matters are getting rawked up significantly, as autumn draws near and Robbie Robertson cuts dense, geometric patterns on his guitar that prefigure the even denser patterns to come next spring on tour in England. The arrangement is looser in this instance, with more space to push around, and a slightly unsure backbeat rather than a soul-subsuming groove. Dylan isn’t fully committed to the melismas that would later stretch over several bars, but the song has never had more of a Pied Piper quality, something more akin to a dandified Parisian playfulness than a black night of the soul in Mexico.

“Love Minus Zero/No Limit”: May 1st, Odeon, Liverpool
Dylan could really stud it up in the home of the Beatles: His May 1966 gig there might be the finest of his career. The spring 1965 tour was an all-acoustic one, documented most famously in D.A. Pennebaker’s Don’t Look Back. There you got the behind-the-scenes drama and feel of the man and his world. Now we have the music divorced from cinematic images, and flush with images born of timbre, lyric, delivery, metaphor. An underrated song, “Love Minus Zero” was always reliable in concert. It lilts more than just about anything Dylan ever wrote, and a song that lilts helps foster synergy between artist and audience. And while he’s no Little Walter, there weren’t a lot of harmonica players who could make a harmonica sound like it was caressing you, as Dylan does here.

“I Don’t Believe You (She Acts Like We Never Have Met)” (incomplete): October 29th or 31st, Back Bay Theater, Boston
Well — isn’t this fidelity rough-and-ready. Boxy, distorted, crackly. With a truncated performance, no less. No matter. The electric arrangement of “I Don’t Believe You” — and the gods of electricity are doing their thing here — has always housed a lot of pain. If you’ve known loss that came sans closure, explanation, sanity, you’ve known what Dylan is working his way through here. The sound quality is also ether-y, like ghosts have descended into this hall in a tony Boston neighborhood. That the song cuts off abruptly only seems to dovetail with the experience it has been documenting.

“Positively 4th Street”/”Like a Rolling Stone”: December 4th, Berkeley Community Theatre, Berkeley
Yes, we are cheating: two for the price of one here. Besides, the theme is continuous with the two cuts that close this performance: bitterness that goes so far beyond mere carping as to signal a victory for carrying on, busting your ass and believing in what you think you can do. Even if no one else really does. “Positively 4th Street” is the venom, the expulsion of bad juju, “Like a Rolling Stone” a serving of notice. When Dylan really opens up his throat for the first “How does it feel?” refrain, you detect more blues than later performances possessed. What fascinates, too, is hearing Dylan settle into a kind of private groove as performances like these go along. A man sharing a secret with himself, that moment of “ah, that’s how I can sing those two lines.” The gestation of genius in real time. 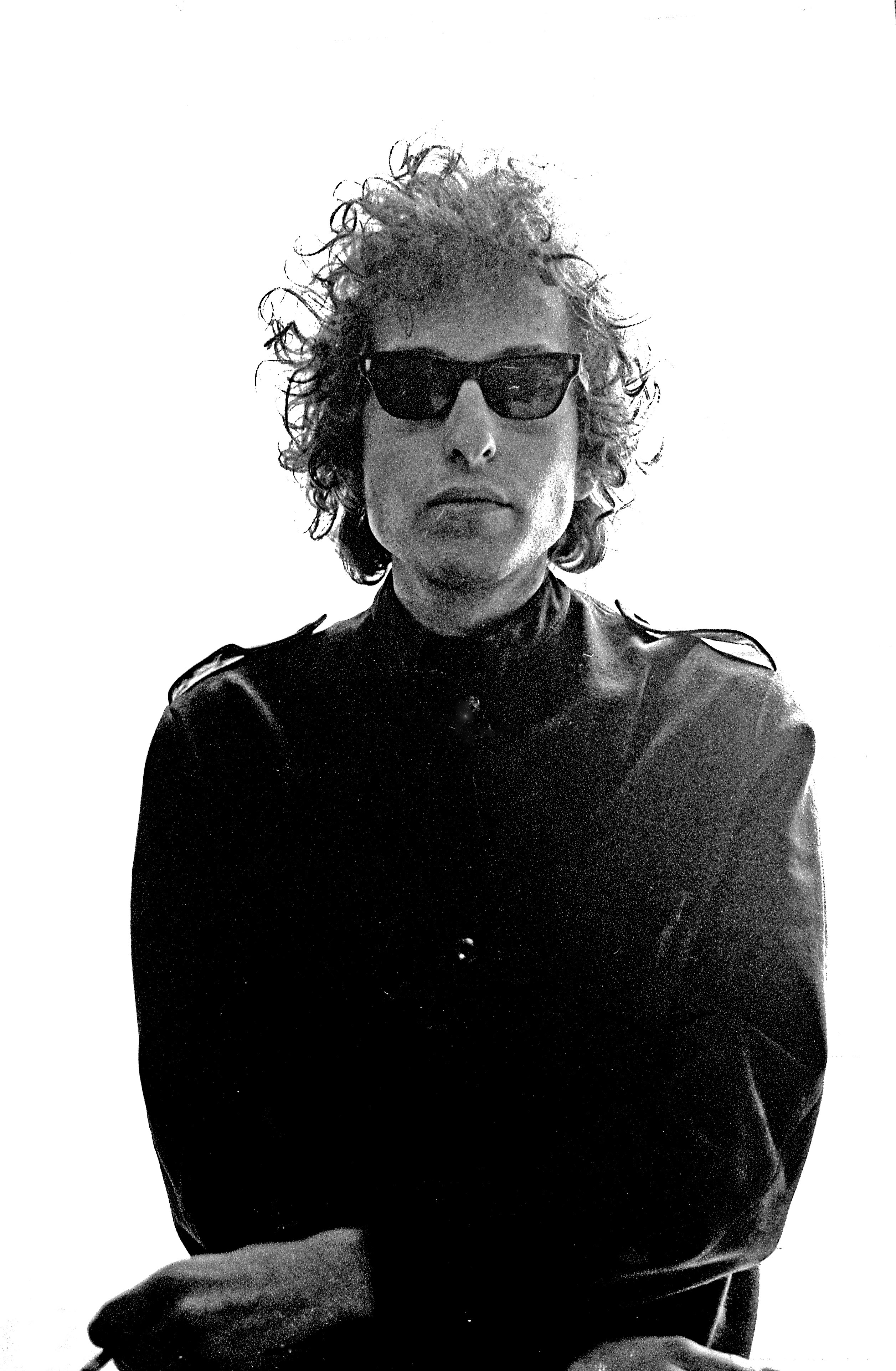 “It’s All Over Now, Baby Blue”: May 6th, City Hall, Newcastle, England
Here Dylan offers a set-closing performance of one of his most elegiac numbers. There is an extra measure in the guitar intro that adds a further beat of expectancy. That Dylan mixes metaphors matters not a jot in a song like this. Life mixes them, too. So away we go, and thanks, everyone, for coming out.

June 1st, BBC Studios, London
Full gig, fully awesome gig. The sound quality lacks for top end, and there’s a shellac aspect, as if Dylan is performing inside an old 78, but what a blend of peace and power. “Mr. Tambourine Man” sounds folkier than usual, a coffee-house ode to a more bucolic, beckoning place, but one that won’t be encountered for some time yet. “It Ain’t Me, Babe” has more regret than bile — which is not the song’s normal M.O. — and makes the sonic case that unrequited love is the bravest love of all. And then there is “One Too Many Mornings,” which could have soundtracked The Iliad, it sounds so freakin’ ancient, eternal, and of its moment. Of any moment.

“Tombstone Blues”: July 24th, Contemporary Songs Workshop, Newport Folk Festival, Freebody Park, Newport, Rhode Island
Bob the pedagogue! You have to love the idea of an acoustic “Tombstone Blues” — electric bulldozer that it normally is — as part of a workshop. Dylan sings it totally straight, which makes him, and his audience, crack up a few times. This was when it was all changing. The going electric and all of that. Here you can hear why it had to change. It’s akin to one of those record-store performances where the dude who is going to be rocking out across town later that night serves up a few stripped-down performances. You have the sense that Dylan, also, is making a point. A sort of “I can do it like this, people, or I can do it up large and blow your fucking minds.”

“Don’t Think Twice, It’s Alright”: May 5th, Town Hall, Birmingham, England
A Slim Harpo harmonica shuffle to start, some Hank Williams chording, some Woody Guthrie moxie and then pure Dylan. The NYC version of the song from the Halloween before started with a lot of mirth, before the emotional unburdening got underway, but this might be the most upbeat version of the song Dylan ever performed. It has the ring of a man looking back and able to retell a life event free of rancor, even if rancor had — judging by the lyrics — been a longtime bedside companion. There is whimsy, too, in the harmonica break. This is Schubert’s Winter Journey rendered in the colors of mid-spring, in the gait of one having moved on from what one had to move on from.

August 28th, Forest Hills Tennis Stadium, Queens
We’re going full-gig again, and it’s a doozy: half acoustic, half electric, Dylan in portions of two worlds, linking up both. The sound quality may displease you, but do yourself a favor and try and acclimate yourself to it. If you’re a bootleg collector, you’ve heard way, way worse. “Desolation Row” has everyone laughing in the space of its first few lines. “Ho ho, Dylan’s being funny” is the vibe, but the audience — which sounds so young — is forcing the chuckles. But the song starts going deeper. It’s not just about whether Cinderella is a slattern or someone has their hands down their pants or that Romeo is a sort of nebbish tool. The laughter dwindles as the narrative unfolds and Dylan winds his way to the utterly shattering last verse of this performance. The year’s earlier lessons and explorations throughout the various iterations of “She Belongs to Me,” “Love Minus Zero/No Limit,” and “It’s All Over Now, Baby Blue,” step forward like battle-tested soldiers ready to take on the next front. Sometimes it’s just time to step back and behold the assemblage and count what is there to be counted. And by the time we get to this gig out in Queens, there are some magical metrics at play, and so very much to process.