Mastodon, Emperor of Sand
Perma-frowned doomsayers Mastodon are back with yet another friendly reminder that someday everyone will die. This time, it comes in the guise of seventh album Emperor of Sand, a lofty concept piece about a man wandering a desert with a curse over his head set to swirling, frenetic guitars and gut-rumbling drums.
Read Our Review: Mastodon’s ‘Emperor of Sand’ Is Their Most Ambitious in Years
Hear: Spotify / Apple Music / Tidal / Amazon Music Unlimited 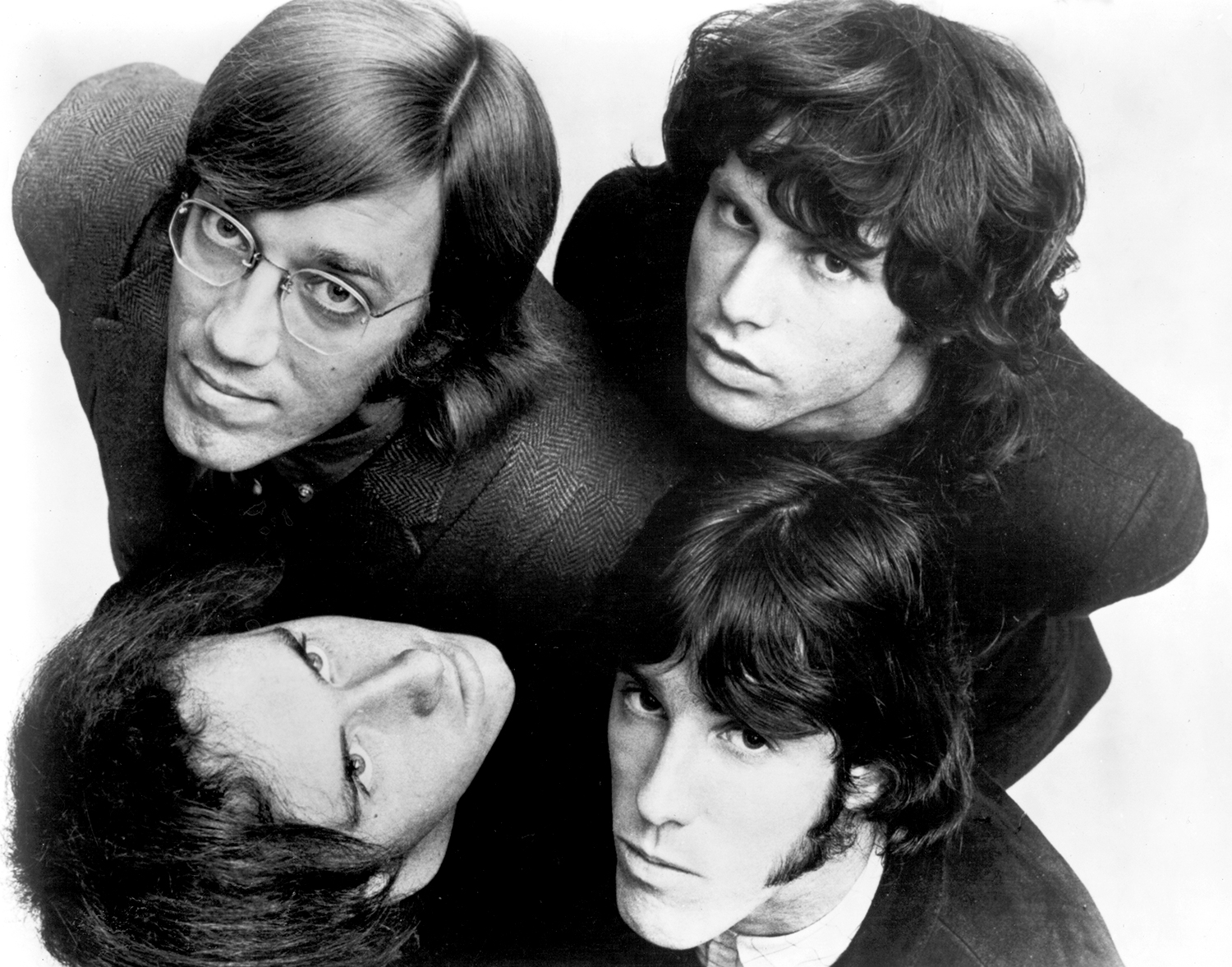 The Doors, The Doors (Deluxe Edition)
The expanded edition of the L.A. band’s debut features remastered versions of both the album’s stereo and mono mixes. A third disc is an eight-song live set of the pre-fame band performing in San Francisco in March of 1967.
Hear: Spotify / Apple Music / Tidal / Amazon Music Unlimited

Nelly Furtado, The Ride
Taking cues from recent collaborator Dev Hynes, an artist who makes emotional synth-pop, Furtado’s first album on her own label finds a home in crunchy indie-centric melodies that perfectly fit her imaginative lyrics. Opening track “Cold Hard Truth” is one of her finest in years, a catchy single with one of the album’s heaviest beats. The alluring “Paris” carries a menacingly sexy synth reminiscent of Nine Inch Nails’ “Closer” but with a softer touch.
Read Our Review: Review: Nelly Furtado Goes Indie Label, Indie-Pop on ‘The Ride’
Hear: Spotify / Apple Music / Tidal / Amazon Music Unlimited

Pharmakon, Contact
For her third, and best, album, New York noise artist Pharmakon creates a more dynamic battle between her critically acclaimed combination of screams, buzzes and scrapes. A grasp of drama and dynamics, songs begin to emerge from her muck: “Somatic” is three-note feedback dirge and “No Natural Order” is basically a Pissed Jeans song without the guitars or drums. Christopher R. Weingarten
Hear: Spotify / Apple Music / Tidal / Amazon Music Unlimited

Aimee Mann, Mental Illness
After a side project with activist-punk auteur Ted Leo that recalled her days as a bass-playing rock & roll bard with ‘Til Tuesday, Mann returns to one-woman singer-songcrafting in an unusually hushed mode. But while the arrangements, most for acoustic guitar and strings, favor the genteel, her poesy is brutal as ever, an exquisitely harmonized catalogue of human failings whose melodic sweetness here only magnifies the pathos. This LP doesn’t include her memorable 2016 song about Donald Trump’s mental illness. But that’s probably for the best; these characters, for all their shortcomings, are actually sympathetic, and the songs as timeless as any she’s written. Will Hermes
Hear: Spotify / Apple Music / Tidal / Amazon Music Unlimited 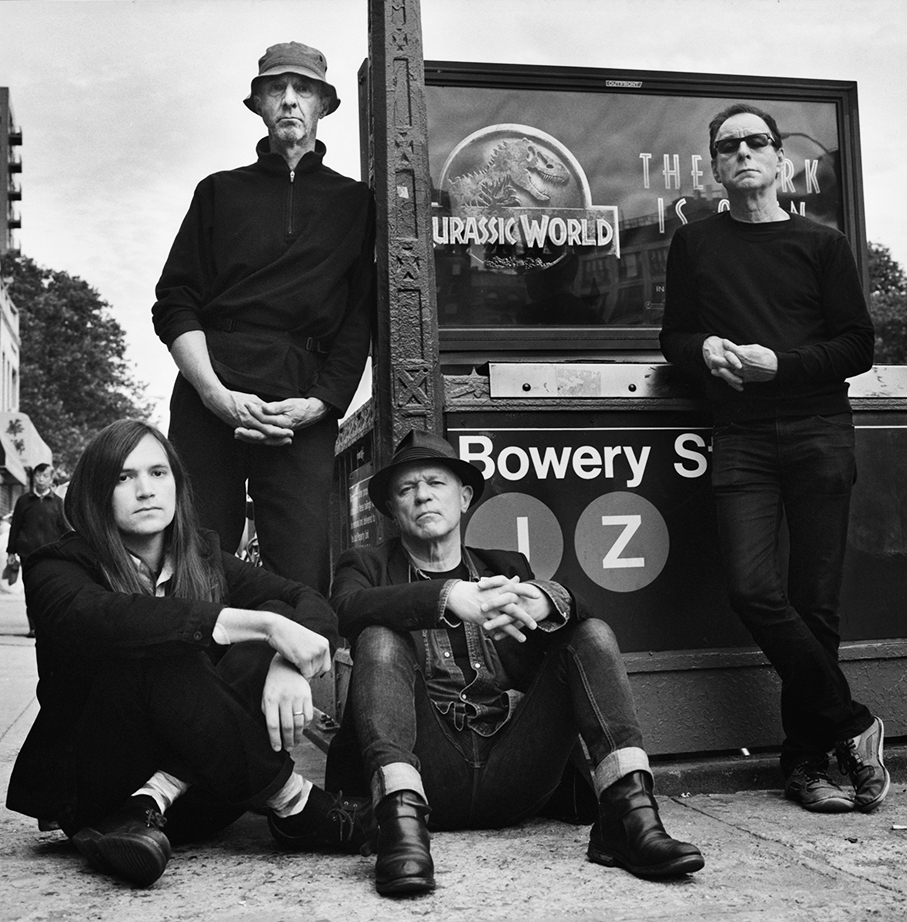 Wire, Silver/Lead
Their 16th studio album, Silver/Lead finds the group exploring fuzzy, atmospheric synths and more traditional song structures. Wire’s members have always fancied themselves to be Dadaists, thumbing their noses at tradition, but here they’ve created a work of anti-Dada – a stark inverse of Pink Flag, full of regular-length songs with bells and whistles and the heavy influence of Berlin-era Bowie. And yet, Silver/Lead songs like the urgent “Sonic Lens” and throbbing “Playing Harp for the Fishes” vibrate with inexplicable anxiety, Wire’s signature since the beginning. It’s a testament to the band’s insistence on seeing through their vision from all possible angles.
Read Our Feature: Wire Reflect on 40 Years as Punk’s Ultimate Cult Band
Hear: Spotify / Apple Music / Tidal / Amazon Music Unlimited

Orchestra Baobab, Tribute to Ndiouga Dieng
After 47 years as one of Africa’s most sublime dance bands, Senegal’s Orchestra Baobab return for one more victory lap, looking backwards and forwards. Dieng, one of their multiple singers, died last year; compensating are guest turns by Thione Seck, an early member turned solo star, and countryman Cheikh Lô. The absence of guitar wizard Barthelemy Attisso, retired to his law practice, is more pronounced (see the delicious, career-defining Pirate’s Choice). But the addition of Abdoulaye Cissoko’s kora makes the music feel both more ancient and, in a cultural-fusion sense, more modern. Plus their magical way with Afro-Cuban grooves is still like no one else’s. Will Hermes
Hear: Spotify / Apple Music / Tidal / Amazon Music Unlimited

Various Artists, The Brain Box – Cerebral Sounds of Brain Records
Underground music fans are already familiar with the most famous exports of German label Brain Records: the cosmic swirl of Tangerine Dream, the motorik bliss of Neu! and Harmonia, the deep drones of Cluster and the funky absurdist prog of Guru Guru. But this massive 8-disc summary, spanning 1972 to 1979, shows the entire scope of a label remarkably ahead of its time, a place where hippie-folk, prog chops, extended jams, flutes, washes of feedback, noise, jazz, Floyd-isms, Zappa-isms and early electronic music joined in an unique amalgam that a befuddled press could only dub “krautrock.” The sheer size of this collection means unearthing wild tunes from lesser-knowns, often from records collectors salivate over. Get familiar with the fuzz-punk of Lava, the Santana-Beefheart flute funk of Os Mundi, the flanged bad trip of Gash, the synth drone of Eroc and the garble-glam of Curly Curve. Bonus: It all starts with a song from the debut LP from the Scorpions – yes, of “Rock You Like a Hurricane” fame – back when they were a dreamy psych-rock band in ’72. Christopher R. Weingarten
Hear: Spotify / Tidal / Amazon Music Unlimited 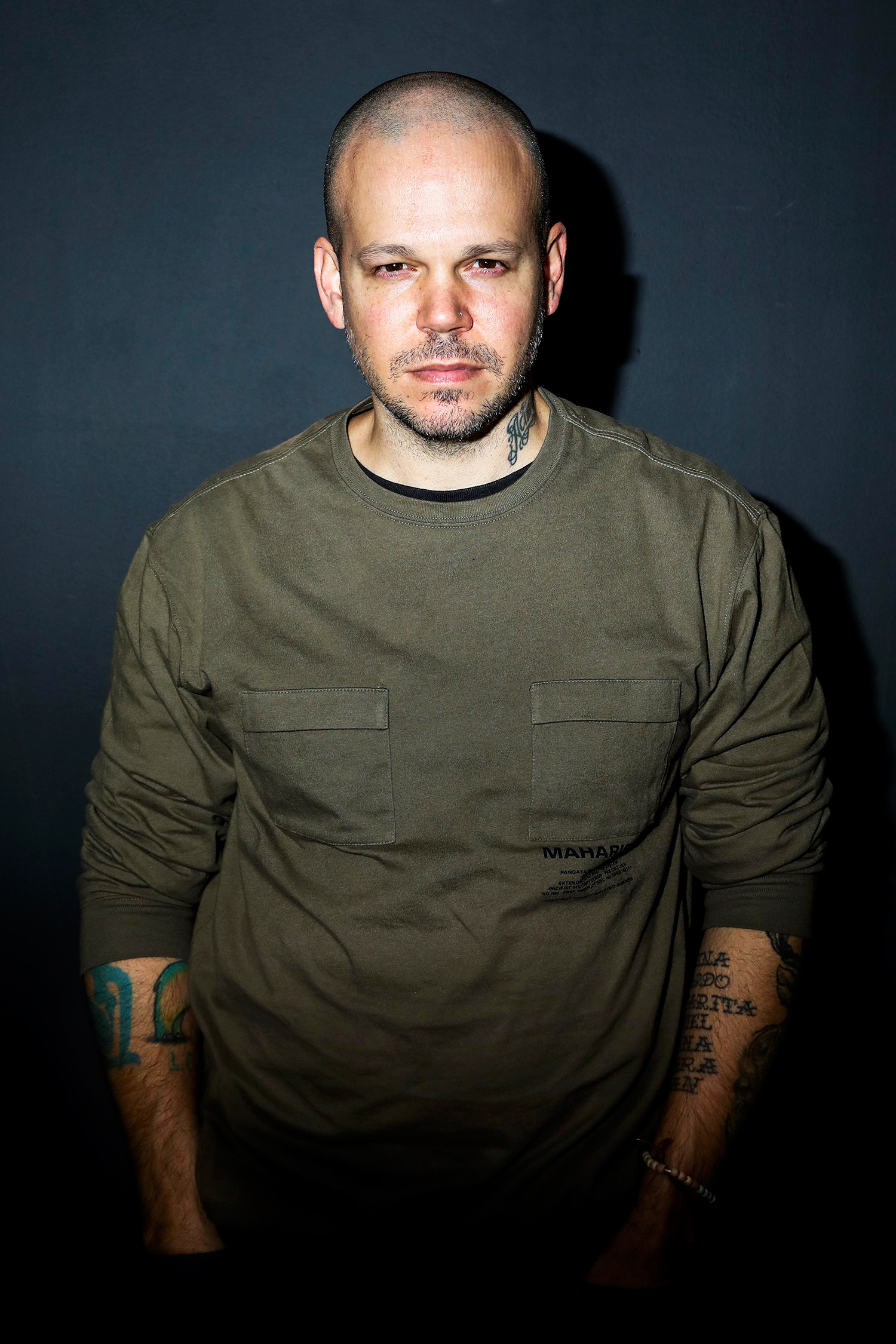 Residente, Residente
No longer the bad boy at the helm of Puerto Rican hip-hop group Calle 13, Residente goes it alone in his self-titled debut. The album was conceived after the rapper took a DNA test, revealing a genetic makeup that spanned 10 different countries. Artists from each of the 10 countries contribute to his vision of a borderless, global society – resulting in one eccentric sonic palette, featuring the talents of French alt-pop darling SoKo, Tuareg guitarist Bombino, Hamilton playwright Lin-Manuel Miranda and many others. Suzy Exposito
Hear: Spotify / Apple Music / Tidal / Amazon Music Unlimited

Goldfrapp, Silver Eye
On this expansive, often gorgeous LP, themes of ritual and transformation clash with steely electronics and thumping beats. Silver Eye represents a few new directions for the long-running duo. Not only did Alison Goldfrapp and Will Gregory work intensely with producer John Congleton (St. Vincent, John Grant) on the album as a whole; collaborators like composer-producer Bobby Krlic of the Haxan Cloak and guitarist Leo Abrahams also added their input on individual tracks, while Alison helmed the striking visuals for the album, including the video for lead single “Anymore.”
Read Our Q&A: Goldfrapp on How Instagram, Nature’s Mysteries Played Into ‘Tougher’ New LP
Hear: Spotify / Apple Music / Tidal / Amazon Music Unlimited

Rodney Crowell, Close Ties
Crowell sings of Townes Van Zandt and Steve Earle, of Mickey Newbury and Tom T. Hall, and he riffles through classic song forms – shuffling blues, light honky-tonk and string-heavy ballads. “I’ve lived long enough now that some of my contemporaries are starting to pass from the earth, so those relationships started coming to the fore as I was writing songs,” Crowell explains. “Relationships that were so personal and so evocative in my life had passed away, but here I am, still tickin’, still slippin’ along. More than once I asked myself, ‘Who am I now?'”
Read our Feature: Rodney Crowell on ‘Sh-tty’ Songs, Growing Old and New Album ‘Close Ties’
Hear: Spotify / Apple Music / Tidal / Amazon Music Unlimited 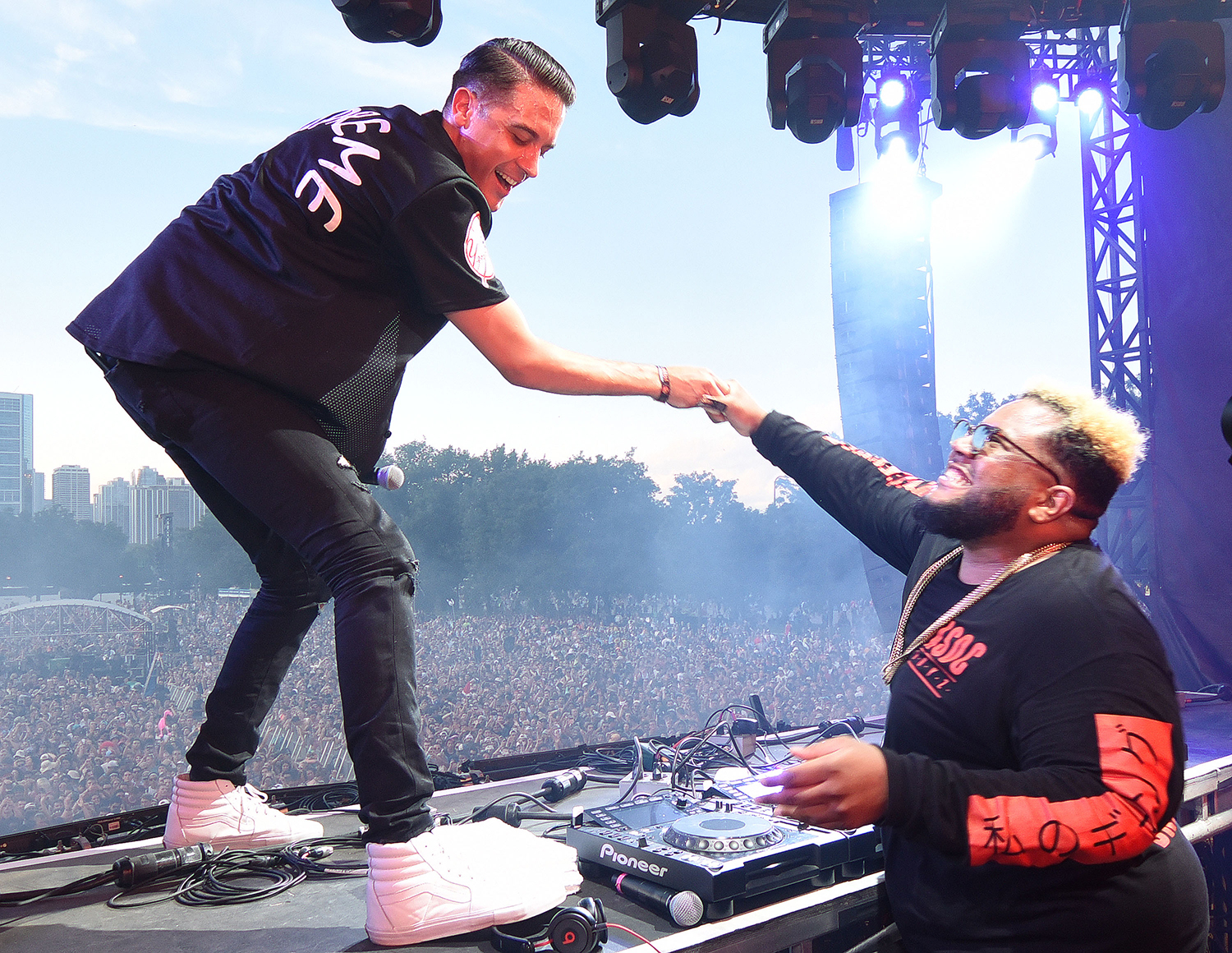 G-Eazy & Carnage, Step Brothers EP
The Bay Area rap sensation G-Eazy has a brief bust of pop success with his hit “Me, Myself and I” and his collabo with Britney Spears. On this four-song EP, he gets into grimier territory with trap producer Carnage.
Hear: Spotify / Apple Music / Tidal / Amazon Music Unlimited

Body Count, Bloodlust
Three decades ago, Ice-T announced himself in his song “Rhyme Pays” as “the vocal projector” over Tony Iommi’s crushing “War Pigs” riff. On his metal band Body Count’s latest he proves he’s still the loudest and most vital O.G. to bridge metal and hip-hop. He doesn’t take that title lightly here either, singing about the same topics he would if it were rap: The chorus to “No Lives Matter” goes “When it comes to the poor, no lives matter,” “Black Hoodie” pays tribute to Trayvon Martin and victims of police brutality and “This Is Why We Ride” tips his hat to his friends who didn’t “make it out the hood.” He’s even got a killer list of featured artists – members of Megadeth, Lamb of God and Soulfly – and a cover of Slayer’s “Raining Blood” to make Bloodlust one of his most over-the-top metal excursions to date. Kory Grow
Hear: Spotify / Apple Music / Tidal / Amazon Music Unlimited

Mavericks, Brand New Day
On Brand New Day, the Mavericks’ first studio LP released on their own Mono Mundo Recordings label, the band beckons listeners onto a dance floor where are all genres are allowed. Album opener “Rolling Along” is a stoner’s polka that nods to Willie Nelson in the lyrics and boasts the first banjo ever used in a Mavericks song. “Easy as It Seems” is a blast of Sixties pop straight out of Austin Powers. The single “Damned (If You Do)” grinds along with come-hither sex appeal. And the title track recalls the majesty of Phil Spector’s Wall of Sound.
Read our Feature: The Mavericks’ Raul Malo on New Album: ‘You Can Shake Your Ass to It’
Hear: Spotify / Apple Music / Tidal / Amazon Music Unlimited

Christian Scott aTunde Adjuah, Ruler Rebel
At just 33, Scott can be considered something of a forebear to jazz’s current pop moment, when charismatic, socially conscious players like Kamasi Washington perform at packed rock clubs. His new effort, Ruler Rebel, kicks off his Centennial Trilogy, a series of releases that observe the anniversary of the first jazz recordings while tackling themes of social and political peril. Ruler Rebel is striking in its blend of the organic and the electronic, the edgy and the ageless, with Scott’s broad, brooding lines spread across the rough-hewn beats of trap music, the dynamic rhythms of 21st-century jazz drumming and the percussive traditions of West Africa.
Read our Q&A: Christian Scott aTunde Adjuah Talks Jazz as Protest Music, Trap Influence
Hear: Spotify / Apple Music / Tidal / Amazon Music Unlimited