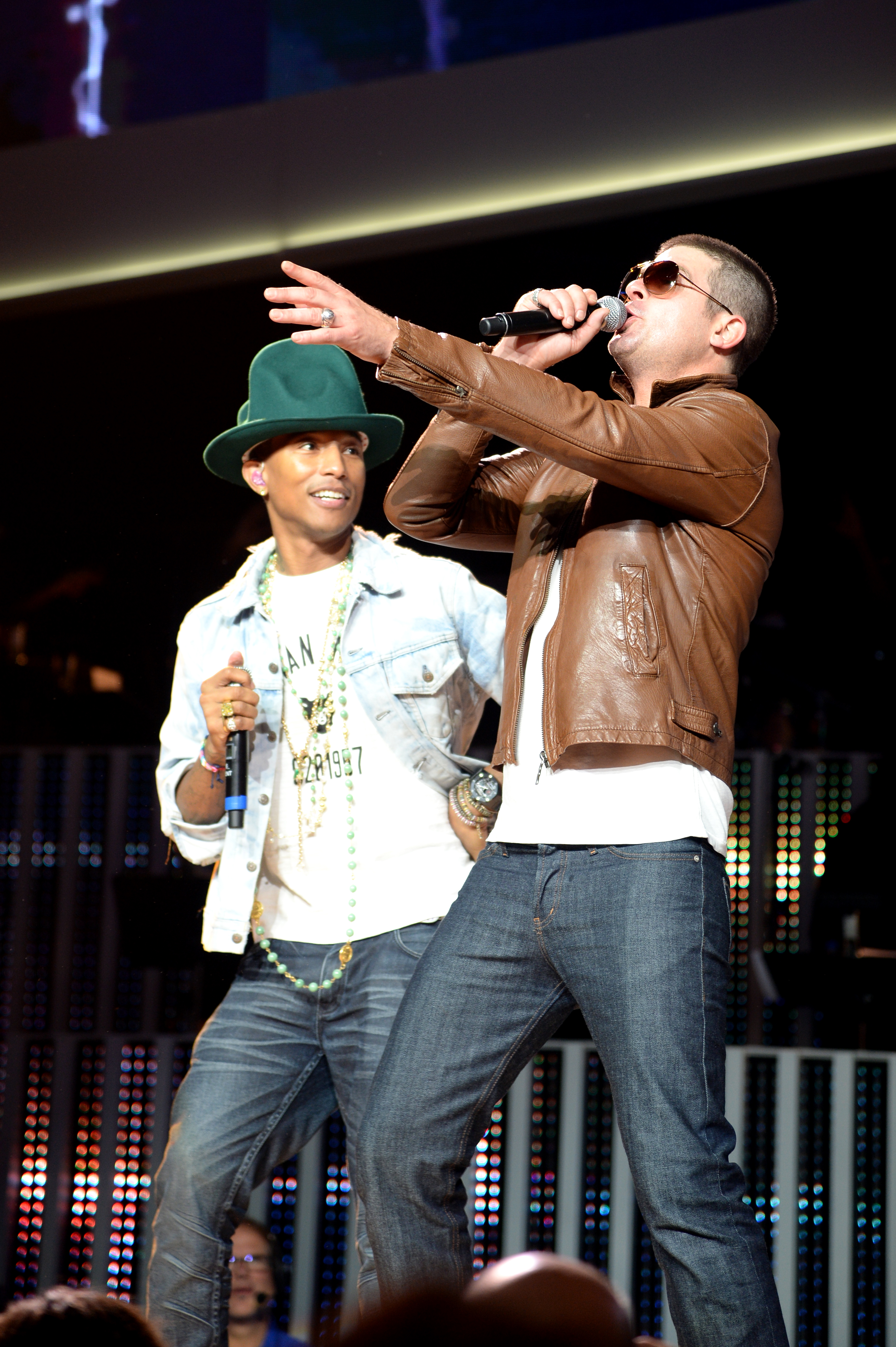 Attorney Howard King, who represented Robin Thicke and Pharrell Williams in the “Blurred Lines” copyright lawsuit, says that, despite the verdict against his clients, the artists are adamant the 2013 hit did not infringe on Marvin Gaye‘s “Got to Give It Up.”

“They’re firm, rock solid, in the conclusion that they wrote this song independently from the heart and soul with no input from anyone, Marvin Gaye or anyone else,” he tells Rolling Stone. “They sleep well knowing they didn’t copy the song. I believe that not only for themselves but for creative people everywhere, they’re going to pursue this to a fair and just conclusion that will be different than this jury’s verdict.”

Speaking a day after a jury of eight concluded that “Blurred Lines” borrowed significantly enough from the 1977 Gaye hit to warrant a $7.3 million payout to Gaye’s children, King says he’s “incredibly disappointed” with the way the trial went. “I thought the jury would go back and deliberate for an hour and come back and say the song wasn’t copied,” he says. “So when it took longer than a day, I started to get concerned. But I can’t think of anything different I would have presented in the case.” He says he offered about 12 examples of how he felt the songs were different to the jury and that he doesn’t know what else he could have done to change their minds.

Watch N.E.R.D. Act Like Squares in 'Squeeze Me' Video

“I feel like I’ve let songwriters around the world down by helping establish this horrible precedent that somebody can make a claim based upon a song that sounds the same, yet is materially different – and if they can find eight people who don’t read music, they might win,” he says. When asked to explain why he feels that way, he says, “Record labels are going to be far more reticent to put out new, good music that is similar to the style of other music for fear that they are gonna get a claim, including spurious claims. I mean, why wouldn’t anybody bring a claim now?”

The Gaye family was not allowed to play the singer’s recording of “Got to Give It Up” because the judge said their claim applied only to the sheet music the Copyright Office had on file. Since the song came out in 1977, a year before Congress made changes to copyright law, the court decided they could only present notated elements such as melody, harmony and rhythm to the jury.

When the verdict was delivered on Tuesday, Gaye lawyer Richard Busch told Rolling Stone he would be seeking an injunction to halt sales of “Blurred Lines” until both sides can agree on how future revenue would be distributed. King doesn’t think that would be possible. “He lost the case against Universal Music,” the attorney says. “They’re the company that owns the record and distributes it. They were found to be not infringing, so that’s an interesting question. How can he get an injunction against Universal Music when the jury said they were not committing copyright infringement?”

A representative for Universal Music Group declined to comment on the case or potential injunction. King says he will make a request to oppose any injunction when it comes through.

The attorney also took issue with Busch’s statement to Rolling Stone that the “Blurred Lines” writers “started this war and we just finished it.” “We didn’t file the declaratory release action in a vacuum,” King says, referring to the preemptive lawsuit Thicke, Pharrell and co-writer T.I. submitted in August 2013 claiming they did not infringe on “Got to Give It Up.” “We didn’t just all of a sudden get up and say, ‘Let’s sue the Gayes so they don’t sue us.'”

The Gaye family, he says, had sent Thicke, Pharrell and T.I. (the latter of whom was found not liable of infringement) a “demand for ownership” of their song, threatening to sue them. “[Our lawsuit] was 100 percent a response to their demand for full ownership of the song,” he says. “It’s disingenuous. It’s really a sound bite to say, ‘We didn’t start the fight.’ Of course they started the fight; they made demands for the whole song.”

King says that before his clients filed the preemptive suit, they extended a “generous six-figure offer” to avoid a lawsuit. “In retrospect, it doesn’t seem so generous, I suppose,” he says. “But there was real money offered to them out of respect for Marvin Gaye to avoid any of this happening. But they declined it.” The “Blurred Lines” team then filed their preemptive lawsuit two or three months later. “We got opinions from two musicologists saying it was not a copy and then we filed the suit,” he says.

“The main misconception was what Pharrell said: ‘Silk and rayon feel exactly the same but are completely different materials,'” King says. “The owner of rayon better have his eyes turned toward the owner of silk because if this decision really stands, he’s going to get sued.”