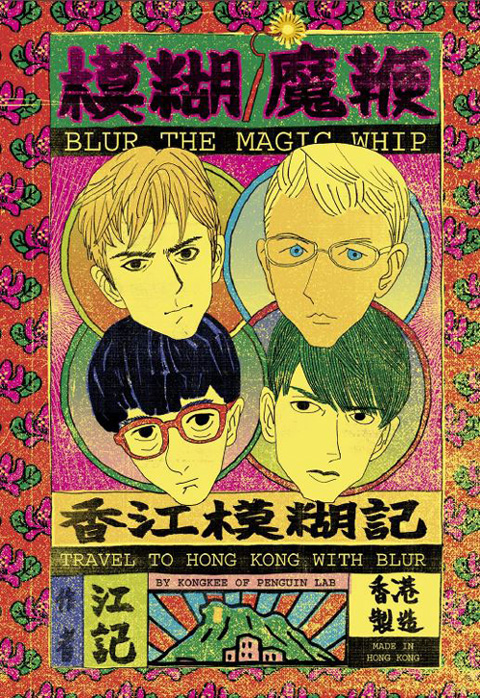 Blur have teamed up with Hong Kong comic artist KongKee for Travel to Hong Kong With Blur, a comic book inspired by the Britpop outfit’s new album, The Magic Whip, and set in a futuristic version of the city where it was born.

Travel to Hong Kong With Blur will be available on the band’s website beginning June 12th, as well as at their upcoming tour dates. For now, the band has offered a video in which KongKee — an artist with the Hong Kong-based studio Penguin Lab — discusses the making of the comic book and its relationship to his longtime home.

Born in Malaysia, KongKee grew up in Hong Kong, and though he knew early on he wanted to be a comic book artist, he was surprised when his city began to reveal itself as a natural subject. The artist drew on his own experiences for Travel to Hong Kong, but was also taken with Blur’s outsider perspective. KongKee was intrigued, for example, with “There Are Too Many of Us,” which examines the present and future implications of living in an overcrowded city.

“When we were in discussions, it was so interesting how we both wanted it to be nostalgic and futuristic at the same time,” KongKee said. “It’s fun to create something from two conflicting elements.”

Though Blur and KongKee never met in person (the band reached out to him after reading his previous work, Pandaman), the artist said the album itself was all he needed: “Every time I listened to The Magic Whip, it all became so clear to me. It’s magical how their music brought me many vivid visions, and I just let them slip out through my pens — the feeling of Blur’s music, the feeling of Hong Kong.”