The Black Keys: Turn Blue (Nonesuch) With its gleefully psychedelic cover and its dreamy, drifting opening track “Weight Of Love” coming in at close to 7 minutes, the eighth album by the Black Keys is really quite good. Part of that may simply be where the band now finds itself in its career arc: Past the point of having to prove much of anything to anybody, young enough to want to do things they or others haven’t simply because they have the opportunity, and as players, pretty sharp guys. Assisted by co-producer Danger Mouse, the band’s Dan Auerbach and Patrick Carney have put together what they have called “a headphone record,” which is code for the subtle and intelligent sort of music people with three-digit IQs enjoy most while exploring the Internet’s most popular social networks. Turn Blue is evidence that the Black Keys are getting better and not repeating themselves, as often happens with today’s most popular artists, and that even the merest hint of psychedelia is always a good idea! Sharp stuff.

Michael Jackson: Xscape (Deluxe edition) (Epic) The surprisingly listenable, upbeat and kind of good Xscape—the second posthumous collection of previously unreleased Michael Jackson tracks—drives home a few points. First, Jackson was pretty much at his artistic zenith way back in the days of Off The Wall, when he wasn’t trying to be all things to all people, and this set recalls that album, in tone and sound, more than any other. Secondly, once Jackson experienced the staggering success that came with his Thriller album, he was never the same artist again. His albums were studies in inoffensiveness, collections of tunes that might as well have been processed via focus groups intent on producing music that would 1) sell enormously and 2) offend nobody. It seems likely that had he been given the choice of creating either the biggest-selling or best pop album of all time, he’d sadly choose the former. In other words: Post-Thriller, his music mostly sucked. That said, this is a fun listen from beginning to end—and I heartily recommend picking up this deluxe edition, if only for the opportunity to hear “A Place With No Name (Original Version),” Jackson’s near-cover of America’s “Horse With No Name” and, therefore, a mind-blower on a number of levels. 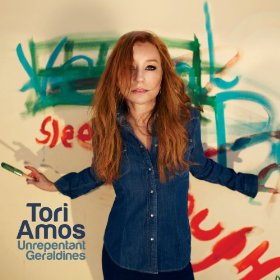 Tori Amos: Unrepentant Geraldines (Mercury Classics) Kind of a fascinating artist is Ms. Tori Amos, who made her name writing and singing deep, emotionally penetrating stuff, her voice and piano skills drawing people in and—once they were hooked—letting them go, but only gradually. She has one of the most vocal fan bases in pop music. Had she taken her 1992 breakthrough album and simply made a point of repeating it for the remainder of her professional career, she’d be huge; instead, she got artier, her songs had fewer hooks, her high-pitched voice twinkled in the upper ranges, alongside her piano-playing, and her audience decreased to smaller but still fanatical levels. She’s made many albums since then, and this latest, with its commercially friendly opener “America,” again drives home the point that Amos could make much friendlier pop music if she so chose. There seems to be an effort underway here in that regard—“Wedding Day” and “Weatherman” are likewise equally hummable and accessibly structured–but short of a surprise movie soundtrack appearance or an unexpected R&B collaboration, Amos seems unlikely to expand her audience beyond her loyal, but limited, current audience. 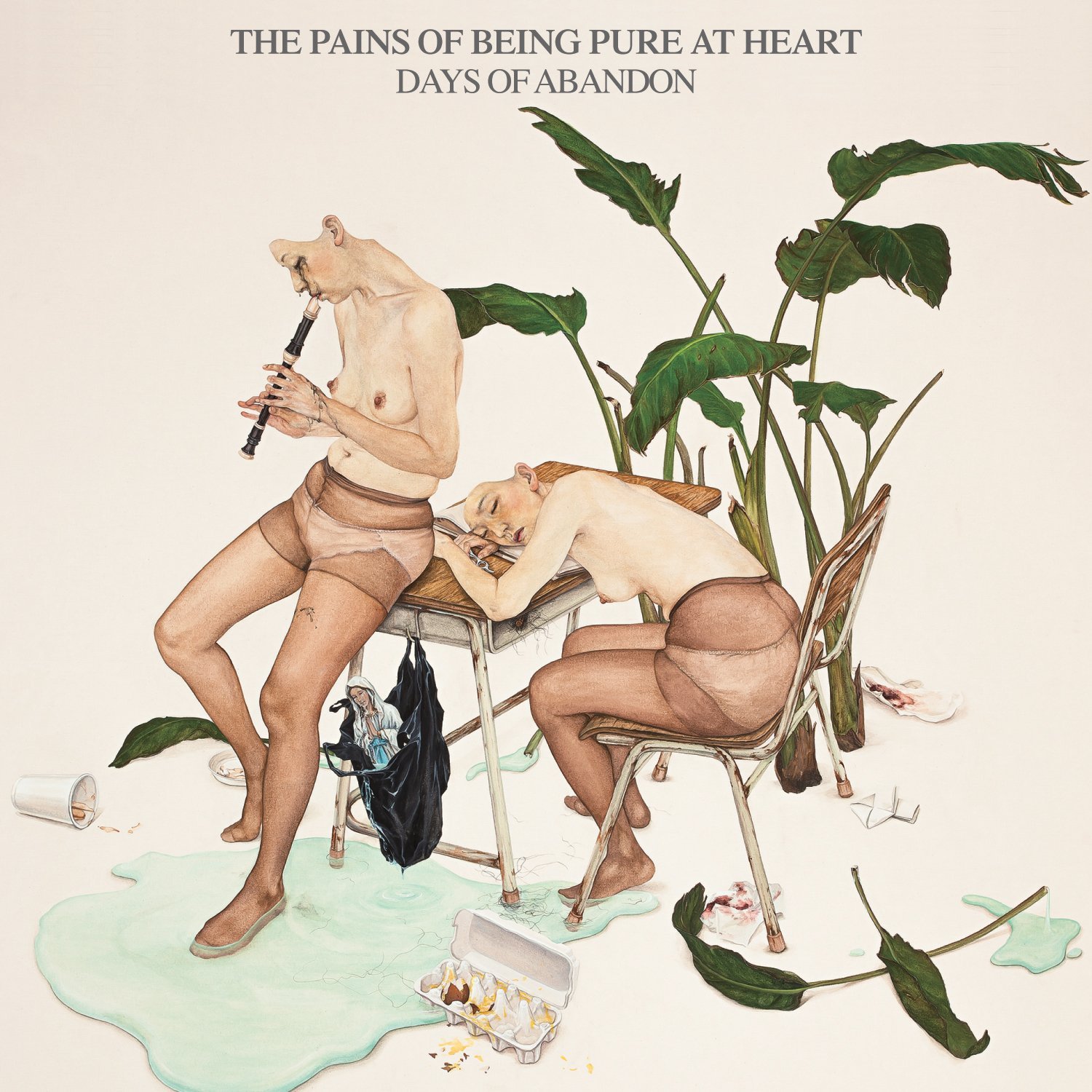 The Pains Of Being Pure Of Heart: Days Of Abandon (Yebo) For a band that does not seem startlingly original and unique, the Brooklyn-based Pains Of Being Pure At Heart nonetheless 1) have great taste, 2) write dandy songs, and 3) sure know how to put together a good album. With prior production collaborators like Alan Moulder and Flood and here Andy Savours (My Bloody Valentine, the Killers), the band’s got a certain sound that evokes Johnny Marr, a significant batch of the Sarah Records stable, and that sort of youthful enthusiasm that’s harder to come by than ever these days, but just great when you hear it. A very solid step up for the band, Days Of Abandon displays an interesting band on the virtual cusp of very-goodness. 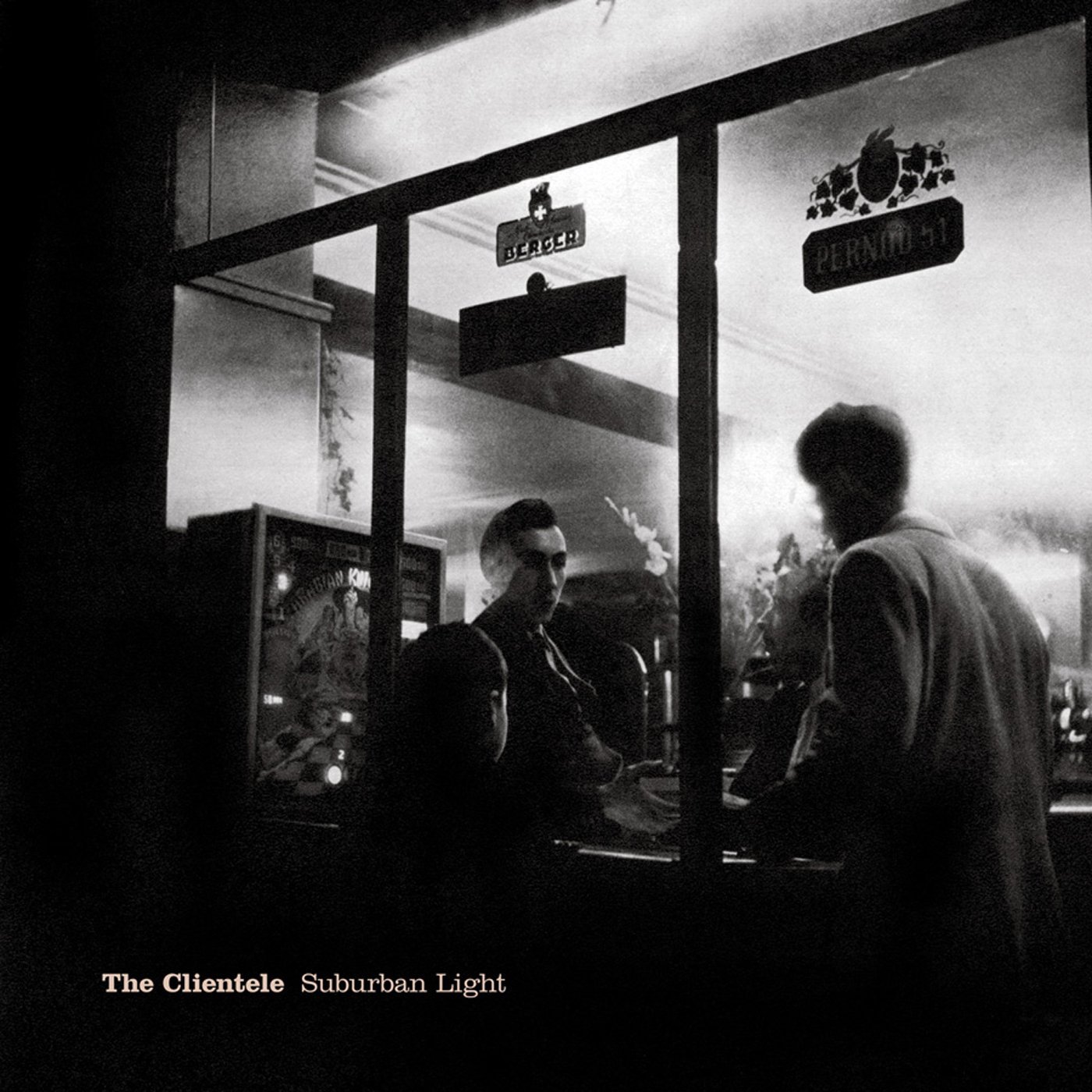 The Clientele: Suburban Light (Deluxe Edition) (Merge) I would say the number of rock ‘n’ roll bands that I consider extraordinary—or close to it—in the past 25 years is slim, but that Britain’s Clientele are near the very top of the list. So kudos to Merge Records for reissuing their first album, and loading it with an additional disc of unreleased tracks, b-sides and much more. A band almost laughably evocative of both really great bands (Love, the Zombies, and countless lesser lights) and really precise moods (lyrics typically involve: autumn, rain, mist; sentiments typically involve: loss, regret, pain, sorrow), the Clientele have had a remarkable history of crafting near-perfect pop songs as alluring as they are emotionally detached. Part of the appeal of this album’s original 2000 issue was the peculiar sonic haze overlaying most of the tracks: Were these new recordings, or tapes from 1967 found in someone’s basement? For better or worse, this reissue has “fixed up” that sound—and while everything sounds better, I think I may have liked the original haze a bit more. Still, oodles of great new tracks make this an unbeatable collection and easily one of the year’s finest reissues. 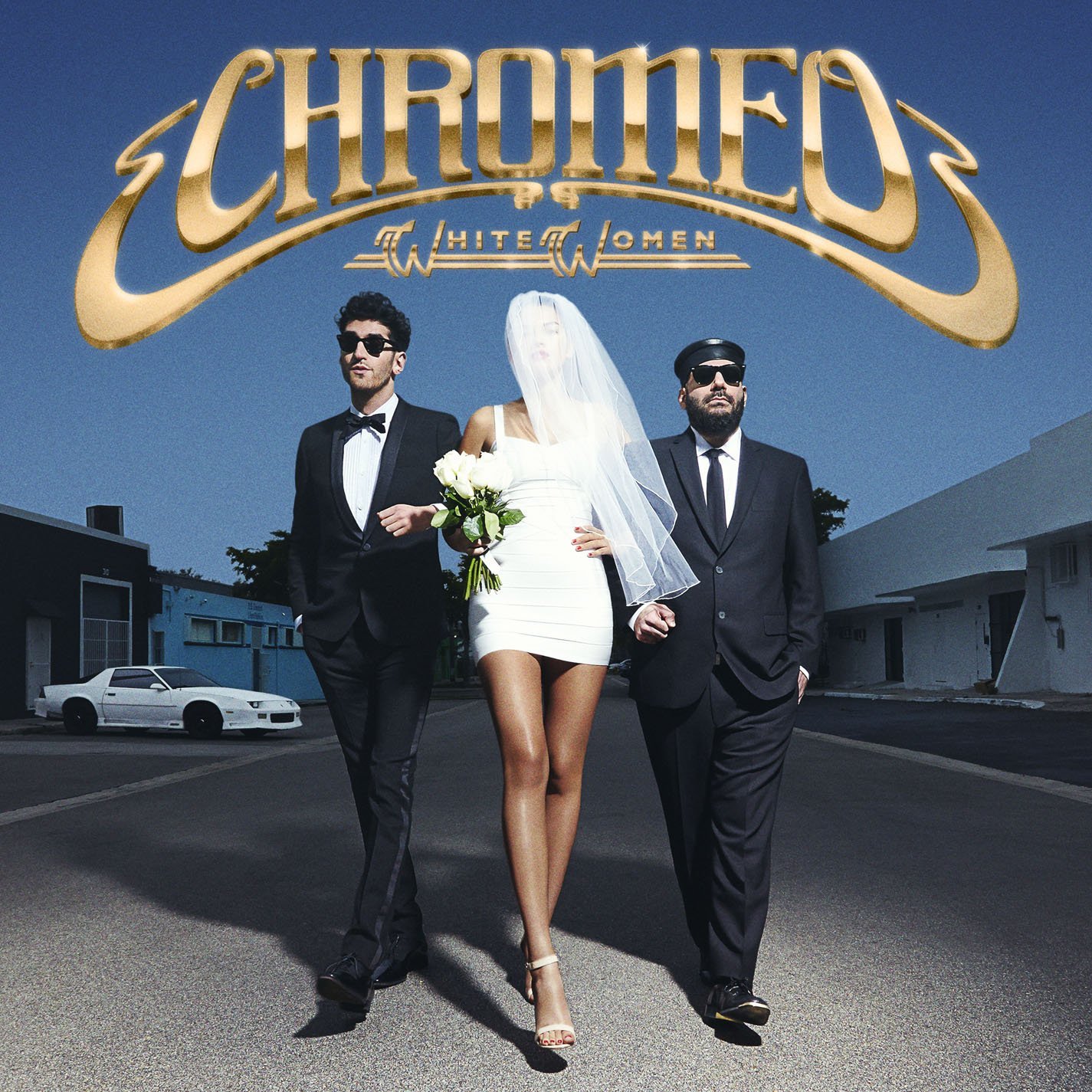 Chromeo: White Women (Big Beat) It would be entirely appropriate if in this, the era of staid media organizations hiply proclaiming this to be, er, “the year of EDM,” and bands like Daft Punk hitting the mainstream 20 times over, that Canadian duo Chromeo—who have been consistently uproarious, intelligent and, to say the least, funky for over a decade now—were to have the biggest record of the career with White Women. And it’s very, very possible. With guests including Solange and Toro Y Moi, the extremely catchy opener “Jealous (I Ain’t With It)” and an album overloaded with, as the bio says, “ass-targeting beats,” the album screams smart, funky, and a good time to be had by all.

[Related: A-Trak and Chromeo’s Dave 1: A Chat With the First Brothers of Dance] 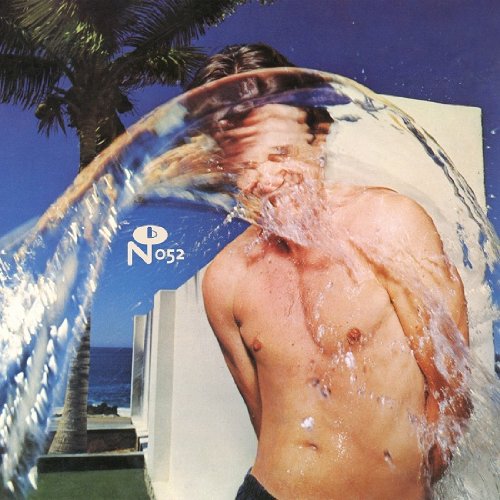 Ned Doheny: Separate Oceans (Numero) In an era when nearly everything interesting has been reissued or soon will be—ideally in physical rather than purely digital form—it’s refreshing to see Ned Doheny’s time has come yet again. The first artist signed to David Geffen’s Asylum Records label back in the early ‘70s, Doheny was a buddy of that whole Jackson Browne/Don Henley/Glenn Frey clan—and while his records came and quickly went, hitless, they’re no less interesting than those of his contemporaries. Between David Blue, Roderick Taylor and Elektra-buddy Terence Boylan, that batch of L.A.-based singer/songwriters in the early ‘70s was pretty interesting in retrospect, and Doheny was certainly part of that club. Find out more here. 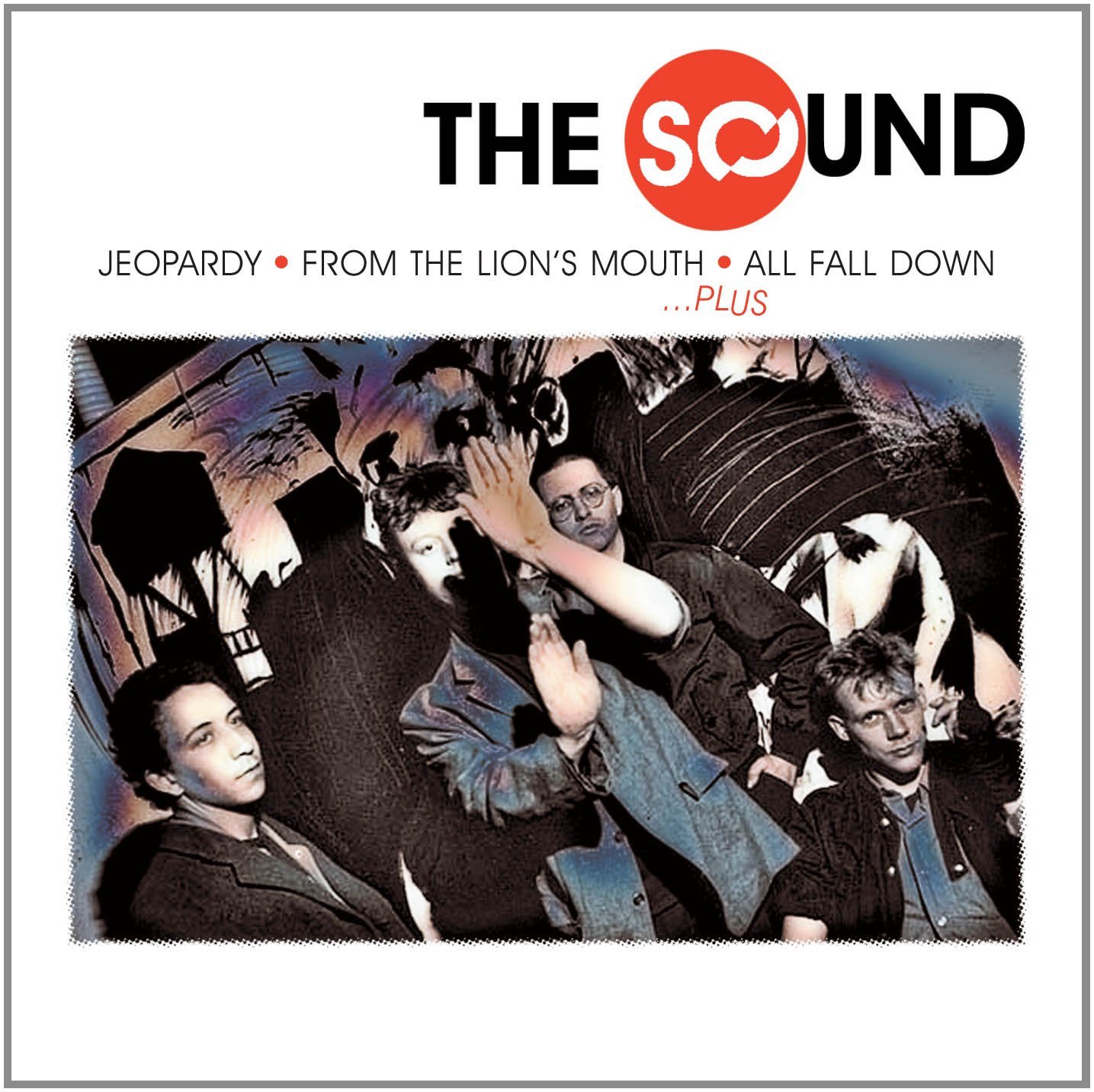 The Sound: Jeopardy & From The Lion’s Mouth & All Fall Down (Demon Music Group UK import) Ranking very high on the list of superb rock ‘n’ roll bands that went tragically unheard is UK group the Sound, who in their brief career during the ‘80s released several vital albums—most sonically dwelling in Echo & The Bunnymen and U2 territory, but all of them—all of them–significantly more intense and emotionally compelling. The band’s first three albums are their best; they never saw U.S. release and are available here, with additional tracks and a fourth disc of live BBC material included. Both musically and lyrically it’s moody and stark stuff—not completely dissimilar to the Doors and the Stooges in spots, oddly—but all of it is so intense, and memorable, that those who hear it are generally, and consistently, taken by it. Strongly recommended, and more details here.

Dolly Parton: Blue Smoke (Sony Masterworks) A classy showing from the inimitable Ms. Parton–now 68 years old and sounding it not at all–this features guest appearances by Willie Nelson and Kenny Rogers, a cover of Bob Dylan’s “Don’t Think Twice” and, fascinatingly, in a manner of speaking, Bon Jovi’s “Lay Your Hands On Me.” A studio set that’s commercial but not overly so, it’s a good look for Dolly and a solid addition to her even more solid recording catalog. She can do very little wrong, no?