Big Star‘s classic record Third wasn’t released until 1978, four years after it was recorded and four years after Big Star had broken up. The chaotic recording sessions will be released as part of a huge 69-track reissue called Complete Third, charting the album’s genesis from demos to completed LP. The reissue is due October 14th on Omnivore Recordings.

Regardless of track order, the album was named to Rolling Stone‘s 500 Greatest Albums of All Time despite its tumultuous journey. “Ask any of the original participants who made the record, and none of them would say they expected this album to even see a real release, much less end up on Rolling Stone‘s list,” Ardent Studios’ Adam Hill writes of the album in the reissue’s liner notes.

“It’s a great testament to Third that an album that almost nobody was interested in at the time of its pressing, is now loved and sought out by an ever growing legion of fans. I guess that’s called ‘ahead of its time,'” he said.

The reissue also features unseen photos and essays penned by a diverse group of people either involved in the making of or influenced by Third, such as R.E.M.’s Mike Mills, Wilco’s John Stirratt and Pat Sansone, the Jayhawks’ Gary Louris, the Bangles’ Susanna Hoffs and Debbi Peterson, post-reunion Big Star member Ken Stringfellow and the band’s drummer Jody Stephens. 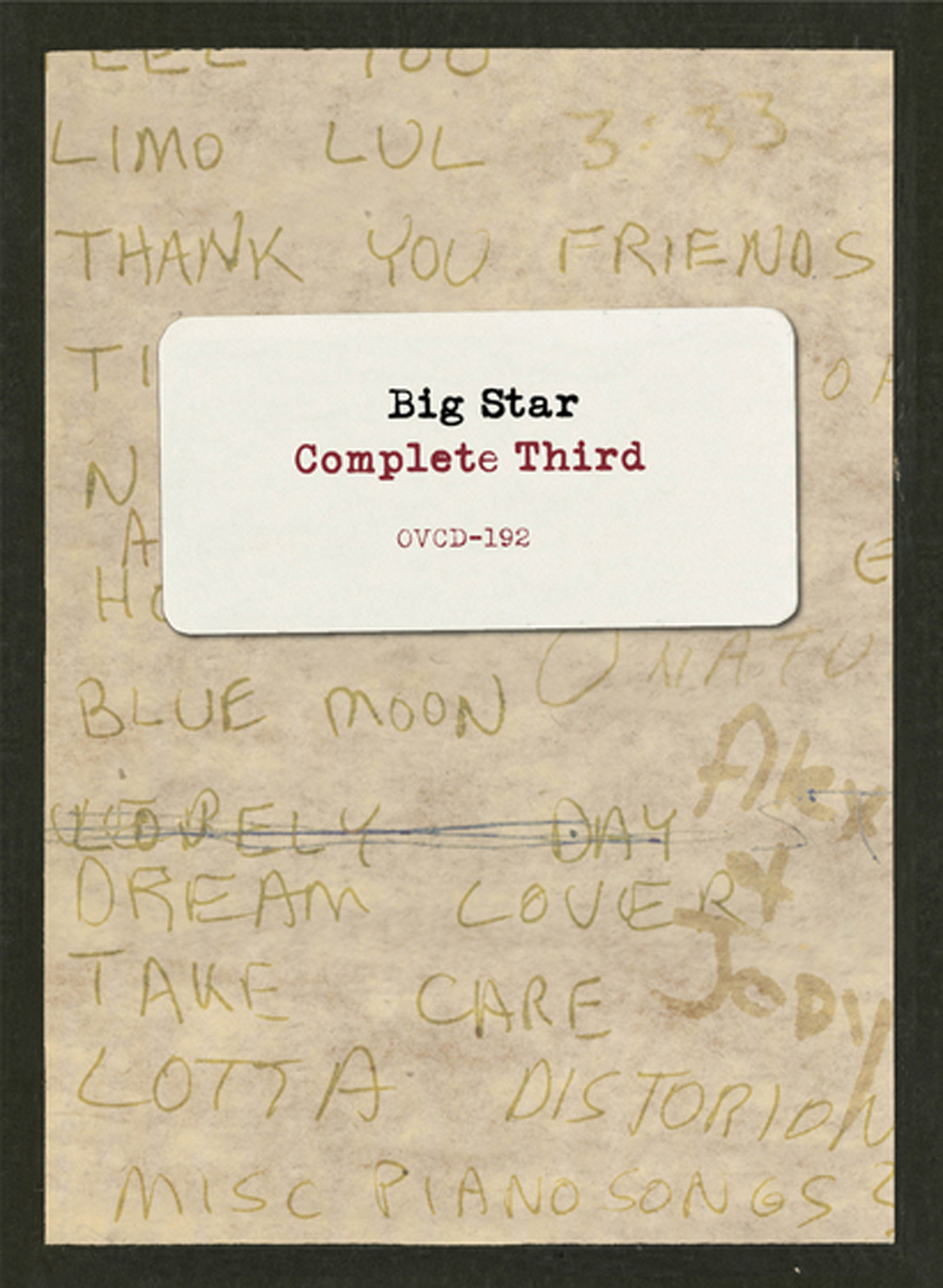 “At the time of the recording, everyone’s emotions were forefront … is uncertainty an emotion? We were responding to Alex’s mood both in song and conversation,” Stephens writes. “All my time spent in the studio for Third was in the company of John (Fry) and Jim (Dickinson) as well as Alex. I heard stories of maudlin scenes that happened after hours but never really witnessed them. But I did witness Alex, Jim, and John, and the sometimes easy and sometimes uneasy interaction among us all. Through it all, Jim and John were brilliant and reassuring.”

Complete Third will initially be released as a 3-CD set, with a vinyl pressing of all three volumes as standalone 2-LPs also planned.