Asheville, North Carolina isn’t exactly a cultural hub for rap music; it’s a hippie college town, full of bohemian street buskers and hipster hookah bars. But nobody seems to have informed Big Boi, whose commanding, career-spanning performance at the Orange Peel – the second date on his Shoes for Running Tour – briefly transformed the city into a buzzing hip-hop haven.

After emerging to a fanfare of triumphant horn samples, the rapper – decked out in a red baseball cap and massive gold chains – launched into a fiery version of “Objectum Sexuality,” an electro-pop stand-out from his most recent album, last year’s Dangerous Lies & Vicious Rumors. “ATL in the mothafuckin’ house!” he shouted to the sold-out crowd, strutting across the stage in front of a five-piece band. In typical Big Boi fashion, he rarely paused to catch his breath from that point forward.

The set was a blur of bravado and charisma, blending a bevy of sizzling new joints with classics from his pioneering former group, Outkast. Getting lost in that stream of verses was disorienting, in a good way: In one of several medleys, “Objectum” merged seamlessly into a string of early-day gems (“ATLiens,” the spellbinding “Skew it on the Bar-B,” the Dirty South anthem “Rosa Parks”), offering the evening’s most breathless highlight.

Big Boi Reps His Hometown With ‘In the A’ 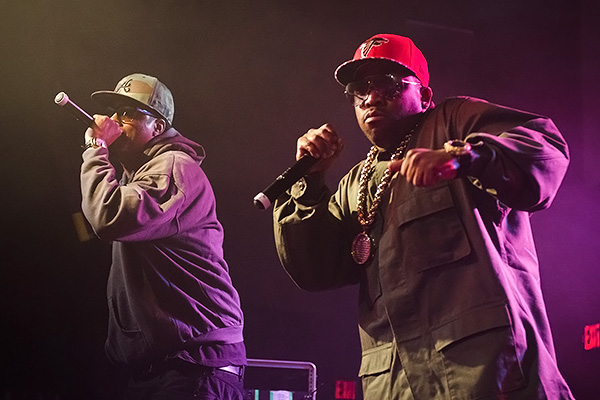 “We got so many hits!” Big Boi bragged moments later, doling out front-row high-fives like Halloween candy. “What the fuck y’all wanna hear next?” As it turns out, they wanted all of those hits, from a sing-along take on the soulful “Mrs. Jackson” to a breezy run through “The Way You Move” to a painfully short tease of the hypnotic “B.O.B.” to an ultra-funky “So Fresh, So Clean.” It’s easy to forget just how many hip-hop classics this guy’s written – that is, until you hear them all live, cranked to a deafening blast.

Big Boi’s sturdy spread of backing musicians (guitarist, drummer, big-haired vocalist, turntablist, and hype-man BlackOwned C-Bone) offered muscle and dynamics, rescuing the monotone moans of “Apple of My Eye” and beefing up the Dirty South grind of “Tom Pettie.” But there’s no chance of out-classing Big Boi himself: Pound-for-pound, he’s the most technically gifted rapper on the planet – a virtuoso of flow. His rhymes unfurl in acrobatic mazes of rhythm, like jazzy drum solos: triplet rolls, metronomic pulses, counter-beat contrails. And, like his old partner-in-crime, Andre 3000, he has the effortless cool to match. Whether he’s rhyming about oral sex or ranting about the evils of government, it’s hard to take your eyes and ears off him. 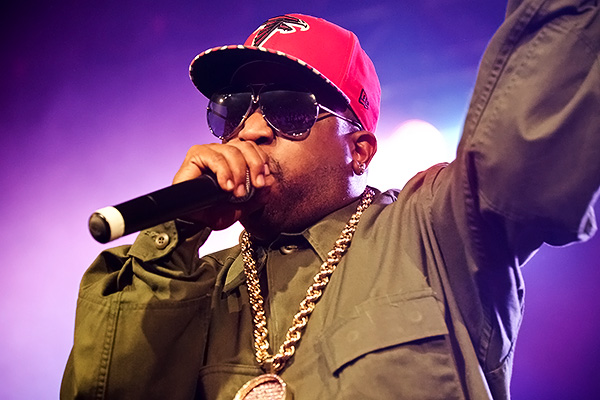 There were a few minor speed-bumps – mostly when Big Boi gracefully offered to share the stage with his Dungeon Family brethren. Birthday-boy Killer Mike successfully hyped up the crowd with a rousing mini-set: Between songs, he joked about his weight (“I ain’t got no hype man, and my doctor says this counts as cardio”), ranted about evil cops (a double-bird “Fuck the police!”), and bathed the crowd in heartfelt praise. But his abrupt appearance mid-way through Big Boi’s set (performing the sex-fantasy “A.D.I.D.A.S.”) came off like a jovial buzz-kill. (Ditto C-Bone’s lackluster “College Park.”) But that didn’t phase the rowdy Asheville crowd, whose presence grew in intensity with each track, tipsy ladies grinding on their men, bespectacled indie-rock dudes unleashing their inner groove.

“The energy in this room is mothafuckin’ incredible!” Big Boi observed. Well after midnight, as the rattled masses stumbled out into the streets of their mountain home, the party only seemed to be warming up.