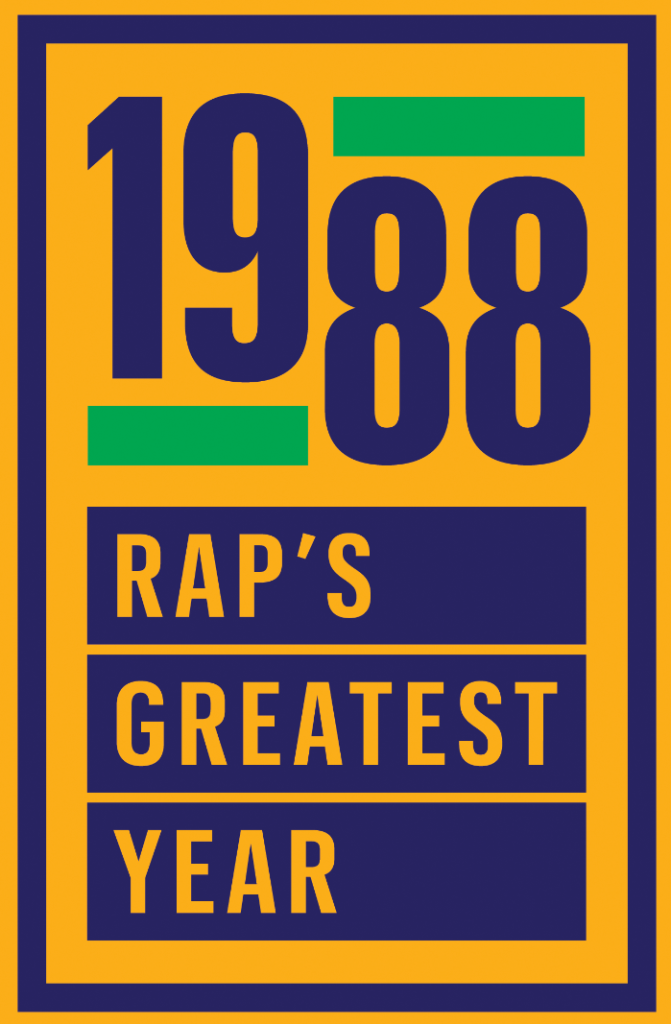 30 years later, 1988 still stands as rap’s greatest year. The lyrical molotovs of Nation of Millions and Straight Outta Compton, the post-modern (and pre-lawsuit) free-for-all of sampling, the national spotlight of a new show called Yo! MTV Raps and much more. To celebrate 30 years, Rolling Stone’s Best of ’88 explores some of the greatest songs from those explosive 12 months. See our other entries on Rob Base and D.J. E-Z Rock, EPMD, Run-DMC, Sir Mix-A-Lot, MC Lyte and Biz Markie.

“Children’s Story” is the epic yarn that defines storytelling rap, a casually spit tale of cops and robbers, rise and fall, hubris and dread. In about four minutes — with no chorus — a 17-year-old is swept into a life of crime and suffers the guilt, fear and consequences that often comes with it. The narrator, of course, was Richard “Slick Rick” Walters, a London-born, Bronx-raised smooth-talker whose cocky-and-cockney style emerged as MC Ricky D, featured on both sides of Doug E. Fresh’s 1985 12-inch “The Show” b/w” “La-Di-Da-Di.”

After leaving Doug’s crew, Rick the Ruler embarked on a solo career and was an early signee to Def Jam Records — though his debut, The Great Adventures of Slick Rick, wouldn’t appear until 1988. Rick cut a unique figure as one of the era’s greatest rappers — if not 1988’s greatest rapper, period — thanks to his hilarious boasts, ostentatious jewelry, effortless technical ability and trademark eyepatch. But more than anything, Slick Rick is beloved in the hip-hop canon for the art of storytelling, laying the groundwork for great raconteurs like the Notorious B.I.G., Outkast, Ghostface Killah, Eminem, Kendrick Lamar and Lin-Manuel Miranda.

Uncle Ricky told Rolling Stone about a cautionary tale that changed the world, and even posed for some new photos outside Central Park’s Alice in Wonderland sculpture, featured in the “Children’s Story” music video. Heeeeere we go.

You obviously had success before “Children’s Story.” Why did you decide to leave Doug E. Fresh and the Get Fresh Crew?
Well, it was like a financial situation. You had to divvy up the checks, but I felt like I needed a little more of the pie. No disrespect to Dougie, it was his ship… Let’s say if you got a performance for let’s say $10,000, and I got $600, you know what I mean? I felt like, I gotta kind of move and shake on my own.

How early into the Great Adventures sessions was “Children’s Story”?
I would say it would be close to the beginning. It was like one of the first two, three, four songs I did.

People don’t talk enough about you as a producer.
Nah. [Laughs]

What was your mindset putting the beat together?
Well, I always had a ear for music. So it really wasn’t too difficult to produce.

How did you land on the Bob James bassline for “Children’s Story”?
When you’re going up in the hip-hop environment you know what songs have that oomph, that connection to the hood, the connection to the environment, the soul and stuff. [James’ “Nautilus”] was big in urban communities before rap records, right? When they used to have street concerts, picnics, barbecues, whatever when they play outside and stuff like that — like the Cold Crush Brothers, like [Grandmaster] Flash and them before they made records. I just reconstructed the same melody ’cause it has like a gritty city edge to it.

You replayed on a keyboard instead of sampling it?
Right.

What is your piano background before this?
Well, I was always fluent with the instrument — nah, I’m just playin’. I just play one finger. Like a kid, you know? If you do it slow, and then you learn which keys to press… I just found the key that complemented the song and his melody and I just did it: doodoo doodoo doodoo doodoo doo.

Even from the “La Di Da Di” days you were focused on storytelling. What drew you to seeing that as a viable rapping style and a thrust for your career?
I think as a child growing up I used to like to tell stories. I’d tell stories and like little adventures with the folks or the friends, people your age, just play around and stuff. So when rap became big in the late ’70s, I just transferred those same ideas into rap for me. It was all like when you’re watching the beginning of one of those Eddie Murphy documentaries [1987’s Raw] where he explains before his stand-up, he’ll be performing in front of his relatives as a child.

You’ve talked about how you loved English class in high school.
Right.

Do you remember what authors and stories appealed to you back then?
I think it was more like the teacher and the layout. Like they would say how you lay out an essay. You have the introduction, the body and the ending. Which is like three verses. Pretty much I got the structure from English class and shit like that. Social studies and stuff like that. Paid a lot of attention to those classes for some reason.

The kid in the story, he drops the gun and then the cops shoot him. Was this an intentional statement on police brutality?
Nah, not really, it was just making it a story like that. I wasn’t concentrating on police brutality. That wasn’t the direction I was going in. The basis of the story was just to be entertaining, gritty… It’s like we trying to intrigue your peers with a story that should draw them in. It’s almost like how Kevin Hart draws you in with his stories. Kevin Hart stories could be written in rap to you know? It’s not a one-two joke. It’s a longer procedure. It walks you to the joke for like about two to three minutes. Kevin Hart could take a joke and make it stretch into five minutes.

Have you ever tried doing stand-up?
Nah, that ain’t my thing. I wouldn’t even try and risk that shit. [Laughs] See, music is much easier. Once people are dancing and moving you can say damn near anything.

It’s interesting you talk about how gritty the intention of “Children’s Story” was. Lyrically it is really gritty, but the music video is very playful.
Right, exactly. Right, right, right. That was the the record label’s idea to go that route. My route was more like the story, but their route was probably, at that time — I’m just assuming — maybe they didn’t want to go the route of too gritty. Clean it up for like a broader audience

If you did a more literal video, I couldn’t imagine MTV would have touched that.
Yeah, you’re probably right. It probably was a little premature.

How did you feel about the music video?
I wasn’t really that crazy about it. But you know, what are you going to do? It’s the first time you’re making videos, you’re happy to be in the industry, happy to make your little chips. Maybe they had a vision, you know? I guess they went back to [a] Keystone Cop thing. I’m not gonna knock their vision, I just know that… There’s a audience that wanted to see the actual gritty side matching the words, matching what I’m saying. The outfits came from the store called Benetton, used to be big back in them days. I got the whole sweater look from them. They was making noise at that time.

When did you realize the song was going to be huge?
I knew when I first played it for my peoples. We was at a gas station and we was in a car and we had it on a cassette. And it was complete. I was just playing it on the cassette in the car and I knew right there it was going to be a goddamn problem. [Laughs] I knew right there and then that it had made an impression on everybody in the car. So once I knew they was locked down then I knew the whole place was gonna get locked down right afterwards

When did you first hear it sampled in Montell Jordan’s “This Is How We Do It”?
I couldn’t recall when I first heard it. I was just flattered that somebody else wanted to redo it. I didn’t look at it any other way. The West Coast is feeling it. Now, I’m strong on the West Coast. That’s how I looked at it.

Have you heard the Nas and Kanye song “Cops Shot the Kid”?
Yeah, I love it. Yeah, that’s really hot. It’s nice how they mixed it up, made it sound modern.

Are there any other “Children’s Story” memories you’d like to share?
No, it was a great time. It excelled me to… a different tax bracket.