If you’re looking for a way to root for your favorite artists at the 2019 Grammy Awards, we’ve rounded up some of the best fan-driven merch from this year’s most-nominated artists.

Rapper Kendrick Lamar leads the pack for the 61st annual Grammy Awards, with eight nods, including Record of the Year and Song of the Year for “All the Stars,” his Black Panther soundtrack collaboration with SZA (stream for free here). Drake follows with seven nominations, including an Album of the Year nod for “Scorpion” (stream here), while Americana singer Brandi Carlile scored six nods for her critically-acclaimed album, “By The Way, I Forgive You” (stream here).

From artist-approved exclusives to the best fan merch, here’s how to rep your favorite bands and singers before the music industry’s big night. As for the ceremony itself, stream the Grammys for free online by signing up for a free trial before the show at CBS.com. 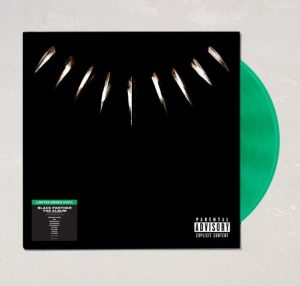 1. Black Panther Ultra Limited-Edition Double LP
The soundtrack to the hit Marvel movie is up for a leading eight Grammy nominations, and fans of the film (and record collectors) will want to snatch up this limited-edition double LP. The two-disc set features songs from and inspired by the movie, including tracks from Kendrick Lamar, Travis Scott, Vince Staples, The Weeknd and SZA. Set on a super rare green vinyl, the pressing was limited to just 5000 copies. Purchase: $48.99 on Amazon.com.

Show your pride for Drake (or the Des Moines, Iowa college of the same name) with this collegiate-inspired T-shirt from Champion. Purchase: $28.00 on UrbanOutfitters.com. Want some official merch? Drake’s “TOURLIFE” site is selling this Scorpion logo tee for $35.

Before she was headlining her own shows, Kacey Musgraves toured with everyone from Lady Antebellum to Katy Perry, but one of her most memorable shows took place in Atlanta a few years ago, when she shared the stage with one of her songwriting idols, John Prine. This collectible poster comes from Oh Boy Records, the independent American record label Prine founded in 1981. Musgraves and Prine will hopefully have another chance to perform together this coming year — they’re both booked to play at Bonnaroo this June. Purchase: poster, $20.00 on Amazon.com / Bonnaroo tickets on Stubhub.com.

Childish Gambino (a.k.a. Donald Glover) got people talking this past year with the surprise release — and success — of “This Is America” (stream here). The song soared straight to No. 1 and is nominated for four Grammys, including both song and record of the year. Glover’s artistic vision and powerful connection to hip-hop culture is on full display in these two fan-driven pieces: a graffiti-inspired lined notebook (purchase, $14.99 on Society6.com) and this adult coloring book (purchase, $10.00 on Amazon.com).

5. Cardi B Imperial Throne iPhone Skin
This Cardi B-inspired iPhone skin features the reigning rap superstar in all her crowning glory. Designed by Pittsburgh-based mixed media artist Natalie Burkardt, the vinyl decal is easy to stick on and peel off, and is made with a durable material that glides on easily to eliminate air bubbles and wrinkles. The iPhone skin is available for all iPhone models, from the iPhone 5 to the iPhone X. Purchase: $15.99 on Society6.com.

“There can be 100 people in the room, and 99 don’t believe in you, and you just need one to believe in you, and that was Bradley Cooper.” That oft-repeated quote from Lady Gaga has become a meme-able moment during the singer and actress’ promo tour for “A Star Is Born” (see tickets and showtimes here) and she was even roasted for it by hosts Andy Samberg and Sandra Oh during their monologue at the Golden Globes last weekend. The quote has now landed on a piece of fan merch on the popular pop culture site, Redbubble. This “A Hundred People in the Room” print is printed on lightly textured 100% cotton paper and available in three, ready-to-display sizes. Purchase: $20.84+ on Redbubble.com.

Lady Gaga has five Grammy nods for her song “Shallow” off the “A Star Is Born” soundtrack (stream here). She also nabbed a Best Pop Solo Performance nomination for her song, “Joanne.”

Popcaan Throws a Blessed Up Party On ‘Great Is He'

Bad Bunny and Lizzo to Perform at 2023 Grammys

It’s been a big year for Post Malone, who’s up for four Grammys, including an Album of the Year nod for “Beerbongs & Bentleys” (stream here and get the limited-edition yellow vinyl here). It’s also been a big year for Post Malone merch, with the singer and rapper dropping a collaboration with Crocs (no, really) that sold out in minutes, along with a T-shirt release at Hot Topic (shop here).

For something even more out there, check out this limited-edition print from “In With the Old,” an art collective that creates modern spins on classic artwork. This high-quality glossy print is available in four sizes and comes unframed. Purchase: $10.00+ on Amazon.com. 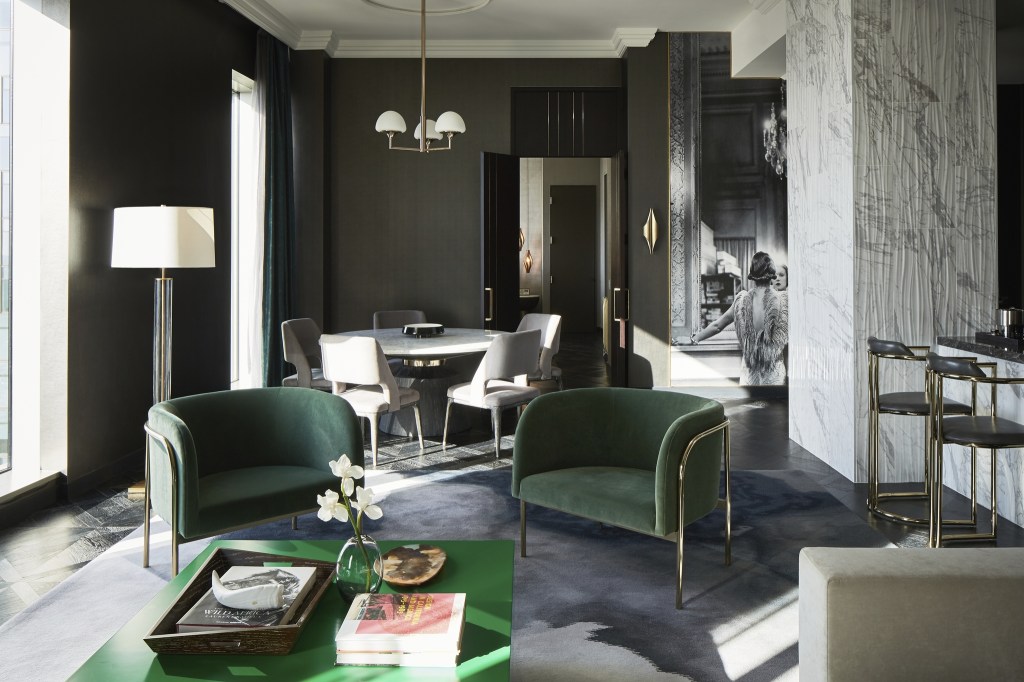 If you’re looking for a unique way to watch and celebrate the Grammys this year, the Hotel Indigo in downtown Los Angeles is offering a Grammy-inspired all-inclusive karaoke slumber party in the hotel’s luxurious presidential suite. The package includes a one-night stay in the 1400 sq. ft., three-bay suite, which features art deco styling, a full kitchen and bar, and panoramic views of the Hollywood sign and the downtown LA skyline. Hotel Indigo is also steps from the Staples Center, where this year’s Grammy ceremony is taking place.

Guests who book the Grammys package will get a personal butler to help convert the living room into their own private karaoke bar, complete with hours of music selections and treats and snacks for up to 10 people. The package is priced at $1,959 (the year of the first-ever Grammy show). See hotel reviews and book online here.

This article was republished with the permission of Variety. Editorial products are independently selected. If you buy something through our links, PMC may earn an affiliate commission.