Bernie Worrell, keyboardist for Parliament/Funkadelic and Talking Heads and a Rock and Roll Hall of Fame inductee, passed away Friday following a battle with cancer. He was 72.

“Bernie transitioned Home to The Great Spirit,” Worrell’s wife Judie wrote on Facebook Friday. “Rest in peace, my love — you definitely made the world a better place. Till we meet again, vaya con Dios.”

“This is a huge loss,” George Clinton said in a statement to Billboard. “The world of music will never be the same. Bernie’s influence and contribution — not just to Funk but also Rock and Hip Hop — will forever be felt. Bernie was a close and personal friend and this is a time of sadness for me personally. P-Funk stands with his family and fans alike in mourning this loss. The world is a little bit darker and a little less funky without Bernie in it.”

In January, Worrell revealed that he was battling a “mild form” of prostate cancer and stage-four liver cancer. At the time, Worrell’s wife Judie appealed to fans asking for $10,000 in donations so that the keyboardist could complete his final album Retrospectives within his lifetime. A YouCaring page seeking $75,000 was also initiated in order to help Worrell alleviate the financial burden of his medical bills.

Born in Long Branch, New Jersey in 1944, the Julliard- and New England Conservatory of Music-trained Worrell met George Clinton, then leader of a doo-wop act called the Parliaments, in the early 1970s. Soon after, Worrell – along with the rest of Clinton’s Parliament-Funkadelic crew, including guitarist Eddie Hazel, singer “Fuzzy” Haskins and “Billy Bass” Nelson – moved to Detroit, where they completed work on their 1970 debut Funkadelic. Five months later, the group released their Free Your Mind… and Your Ass Will Follow. 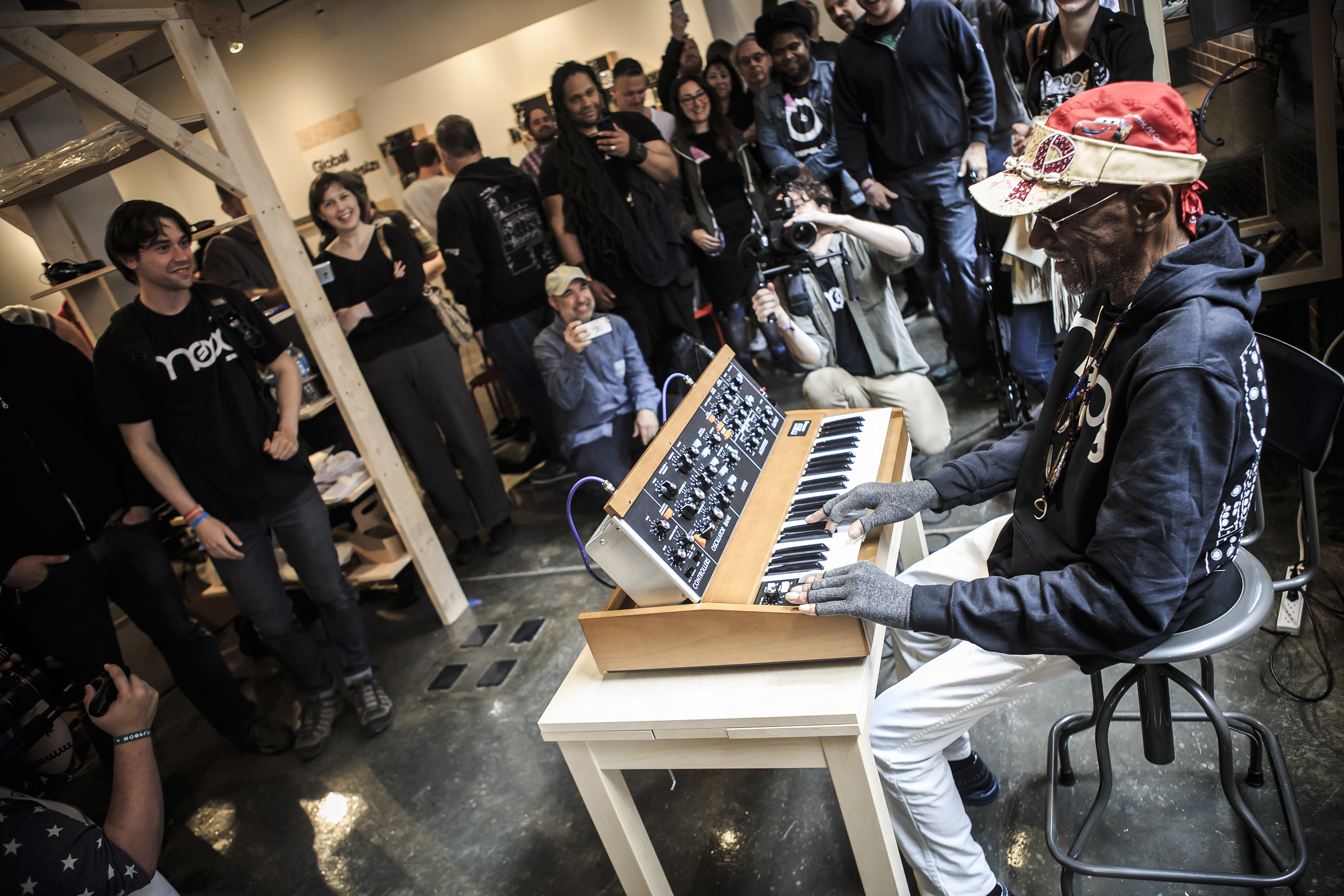 Dubbed the “Wizard of Woo,” Worrell is credited with giving the funk outfit their futuristic sound. “I wasn’t really interested in technology, but when I was in college, at the New England Conservatory in Boston, I used to listen to Emerson, Lake & Palmer. I loved the Tarkus album. Keith was the first guy I heard using the Moog. I liked the sound of that album and the things he was doing with the instrument,” Worrell told Music Radar. “I found out that it was a Moog synthesizer, and later on I purchased my own Minimoog – or George did. I started messing with the sounds. That’s all I really do: I turn the knobs until it does what I want.”

On Worrell’s official site, he said of his experimentation with the instrument, “When the synthesizers came about, my having been brought up classically and knowing a full range of orchestra, tympanis and everything, I knew how it sounded and what it felt like. So, if I’m playing a horn arrangement on keyboard, or strings, it sounds like strings or horns, ’cause I know how to phrase it, how a string phrases, different attacks from the aperture for horns, trumpets, sax or trombones.”

Worrell was among the 15 members of Parliament-Funkadelic to be inducted into the Rock and Roll Hall of Fame in 1997. The keyboardist remained one of the collective’s most reliable mainstays, appearing on everything from 1971’s Maggot Brain to Parliament’s 1975 space-funk masterpiece Mothership Connection to Funkadelic’s 1979 One Nation Under the Groove, Number 177 on Rolling Stone‘s 500 Greatest Albums list.

Worrell would later earn co-songwriting credits on Parliament hits like “Up on the Down Stroke,” “Chocolate City,” “P. Funk (Wants to Get Funked Up),” “Mothership Connection (Star Child)” and “Flash Light,” which featured Worrell’s now-legendary Minimoog bass line.

Following the Parliament-Funkadelic’s insanely prolific Seventies, Worrell parted ways with the collective after Clinton dissolved the groups for business and managerial issues. While Worrell would continue to contribute to Clinton’s solo albums in the Eighties – notably 1982’s “Atomic Dog”-featuring Computer Games – the keyboardist was recruited to join another emerging act at this time: Talking Heads.

“The Talking Heads wanted to funk,” Worrell told New Times in 2014. “I found out after I joined them that David (Byrne) and Chris Frantz used to sneak into P-Funk concerts when they were students at the art school in Providence. I didn’t know that, they must have been the only white kids there. The other similarity is the way they work in the studio and the freedom that I had. When I first got a call from the Talking Heads I didn’t know who they were. The Talking who? I’d heard of New Wave but I had to look it up.”

After releasing their landmark LP Remain in Light in 1980, Talking Heads were faced with translating the album’s complex, layered rhythms to the stage. To help them perform that album live, Worrell and King Crimson guitarist Adrian Belew were added to strengthen the touring lineup. Worrell ended up remaining the band’s keyboardist and unofficial member for the next dozen years until their 1992 breakup.

Worrell contributed synthesizers to Talking Heads’ 1983 album Speaking in Tongues and featured prominently in the band’s 1984 concert film Stop Making Sense. Although not inducted into the Rock and Roll Hall of Fame with Talking Heads, the keyboardist was invited to join them onstage for their one-off reunion in 2002.

In addition to his work within Parliament-Funkadelic and Talking Heads, Worrell released five solo albums, beginning with 1978’s heavily P-Funk-assisted All the Woo in the World, co-produced by Worrell and Clinton. In 1990, Worrell released his second solo LP Funk of Ages, an all-star affair that featured guests like Keith Richards, Talking Heads’ Byrne and Jerry Harrison, Bootsy Collins, Maceo Parker, Sly Dunbar, Herbie Hancock and many more.