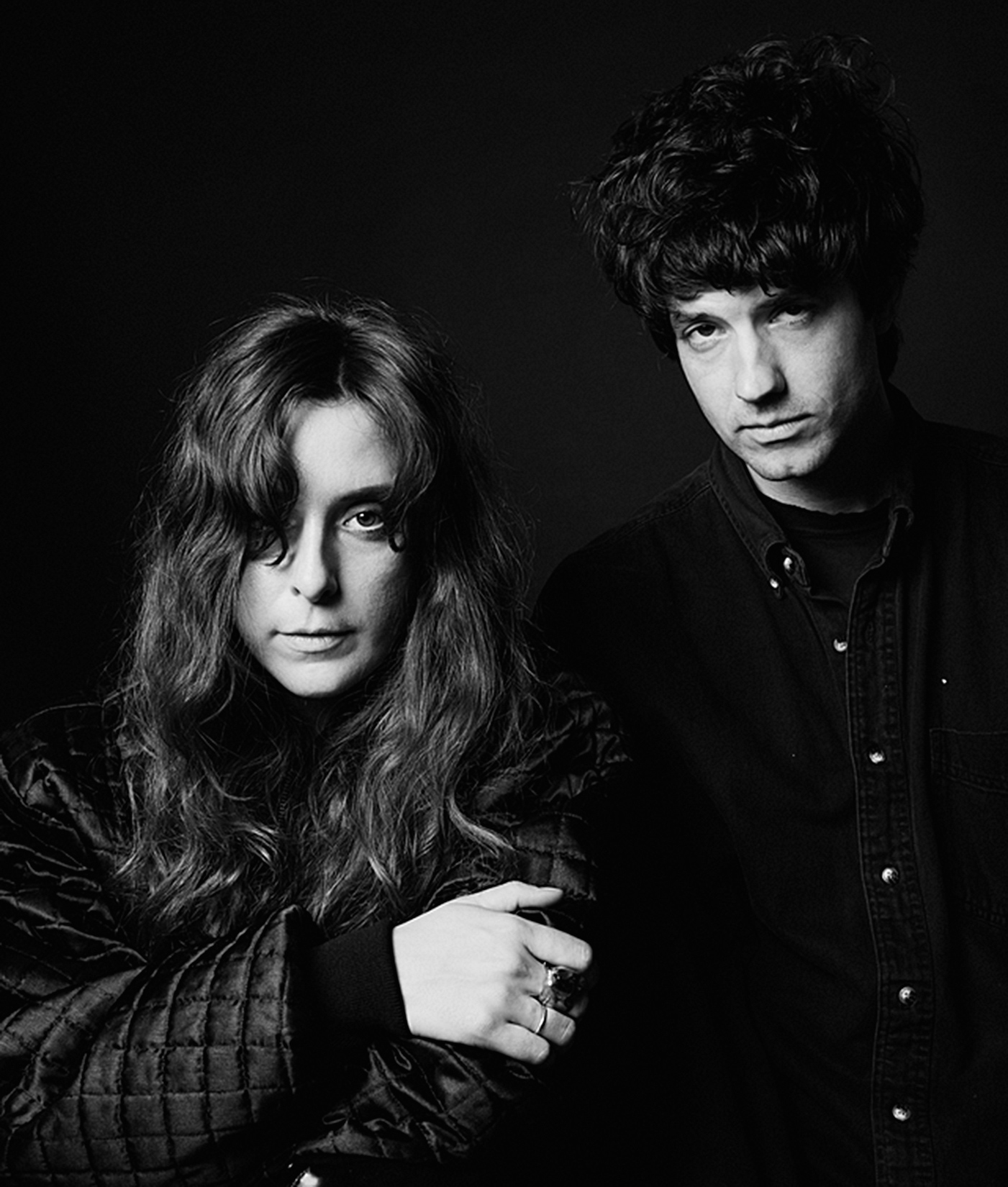 When you hear a Beach House song, there’s no mistaking who’s behind it. Over 10-plus years and five albums — counting Depression Cherry, out August 28th — Victoria Legrand and Alex Scally have forged a singular sonic identity. The boilerplate descriptor for the band’s sound has always been “dream pop,” and there’s a reason for that: On songs like new single “Sparks,” Legrand’s misty vocals and Scally’s reverb-drenched guitar work combine with buzzing, enveloping organ to create a sweet yet daringly heady sound.

Chances are, if you care enough to be reading this right now, you’ve already heard Depression Cherry: It leaked in a high-profile fumble in early July. The record has the vibe of an unabridged film score. (It shouldn’t be surprising that the group made one for the 2013 short “This Must Be the Only Fantasy” and has expressed a willingness to do more composing for the big screen.) Cherry is more subtle and airy than the Baltimore duo’s previous two efforts, Bloom and Teen Dream, but the sound still hinges on the group’s core elements — that guitar, those keyboards and that voice.

Beach House were rehearsing in their hometown for an upcoming tour, kicking off August 18th in Portland, Maine, when multi-instrumentalist Scally took our phone call. The ensuing back-and-forth was sometimes tense — and other times, downright contentious — but revealing: an illustration of the group’s staunchly uncompromising nature.

Do you see Depression Cherry as a dialing back?
We are extremely natural in the writing process. One thing that has been really great for us over the years is touring. A tour really makes us sick of our old songs, in a certain way. We get tired of what we’re doing. And so in an incredibly natural way — it’s not so much intellectual, it’s an instinctual thing — it drives us toward something else. And this record was no different. We played Bloom for 150 shows, and when we got home and started writing, this is what came out. We followed the natural course. I don’t think that these songs are like the first two records; I think they are different than all of the records. People can hear whatever they want to hear. We are still moving forward; it’s not a regression or a return. Sometimes, going forward doesn’t mean the capitalistic sense of always growing. It’s not, for us, making the biggest anthem.

Is the Beach House “sound” a conscious effort, then?
It’s impossible to encapsulate the artistic process. In terms of intentionality, the instruments that we use — primarily organs and keyboards and just the one guitar — have been our instruments since the beginning. An acoustic guitar did not inspire us. A live drummer didn’t inspire us. A lot of things that are common in music didn’t inspire us. All of the keyboards that we use — that we have and that we collect — are ones we get because of the sounds on them. The presets, the natural timbre of the sounds drive us toward creativity. For us, creativity in writing and sound production are tied. For some musicians, they’re not. They make a song and then they treat it in different styles: “Oh, I want to hop on this trend and make it kind of like this, now that I have this group of lyrics and melodies.” For us, it’s the actual sounds themselves — the drum loops, the keyboards — these things that we’ve loved forever that drive us toward the music. So there’s no separating them for us.

When it comes time to be creative, we never intellectualize. It’s almost our motto. We don’t ever want to talk about music; we just want to play. But when it comes time for us to play music, we find the instruments that are exciting to us. People say we have “the sound,” but it’s just what we’ve done. We’re not trying to have a sound. We are literally finding the moments of inspiration wherever they come.

“We don’t ever want to talk about music; we just want to play.”

There’s a lot of intensity to the lyrics and themes on this record. The word “Depression” is in the title of the album, for instance. Don’t you ever want to just go home and watch Friends, or are you always fixated on these deep, existential thoughts?
The music is what it is. It’s how we feel; it’s what we make. We wouldn’t be making it if we didn’t enjoy it. In terms of the interpretation of it and how you feel about it, that’s entirely up to you. If it feels heavy and depressing to you, then that’s how you’re reacting to it. I think a lot of people feel a lot of different ways. And also the title’s not “Depression,” it’s Depression Cherry, which is very, very different than “Depression.” I think that you’re asking something that, to me, seems like you’re trying to pigeonhole the music into one place.

Every time we play the songs, they’re different. When we wrote them, they were one thing; when we recorded them and when they finally get played live, they shift and change a bit. And they’re enjoyable to play for us. Now, what creates that joy, it’s hard to pinpoint exactly. I’m not wallowing in depression every second of existence; I’m not thrilled and happy every second of existence. The world is a complex place. As artists, I think we are all trying to create something true. Whether or not we succeed is for anyone else to decide. Truth is not good times, it’s not bad times. It’s a crazy, myriad trip of life, so we’re trying to hold a mirror to that, maybe successfully, maybe unsuccessfully. There’s not one feeling that we have when we’re writing or playing music; it’s a big feeling.

In terms of “deep,” I think there’s plenty of lightness going on. There’s a lot of surficial sensory experience when I’m playing music with Victoria. I think this a deeply personal question, and what I feel personally maybe doesn’t even relate, because it’s really all about how people feel themselves. If people don’t like the way it feels to listen to our music — if they feel it’s heavy or morose — then they shouldn’t listen to it.

I’m not trying to offend you.
You’re not offending me at all, but I’m trying to keep you from getting lost in inconsequential thoughts and from thinking of things in limited ways.

Well, you did put an Arthur Schopenhauer quote in your press release—that’s heavy.
Are you upset?

No, I’m just trying to get at the roots of where you’re coming from.
That word “heavy” is an extremely small and specific word. I don’t think Arthur Schopenhauer would be described as, across the board, “heavy.” He’s a philosopher and that particular quote — we’re not quoting his entire work — we are quoting one specific thing. And what does that one specific thing say? Will you read what it says?

It says, “Mostly it is loss which teaches us about the worth of things.”
What does that mean to you?

It means that you learn from difficult experiences.
Is that that heavy to you?

Yes, it’s the Joni Mitchell thing.
I think that’s a pretty standard philosophical rumination that most people have at some point in their life — and definitely when they’re past their teens and into adulthood. It’s a guide for people like you to enter the record. It’s not for the fans. It’s a guide for people in the music world to enter the record. What you’ve taken from this quote is not anything about the music itself or the feeling of the record. You’ve turned it into: “Are you constantly fixated on the heaviest of things?”

Now that you’re talking about it, I’m getting more of a sense of where you’re coming from. And that’s why we’re talking, right?
We purposely chose quotes that were giant. They didn’t inspire us; they were chosen after. We were trying to put together the press release, and we were trying to say, “How do we not get trapped with the same questions in every interview? How do we try to provoke and stimulate a conversation about music itself, or maybe just the feeling of existence?” This was one of the ways we thought about it. “Let’s take some quotes from things we’ve read that very tangentially and very much in an abstract way relate to this record.” And only so much as we are human beings who are growing older and wiser and are buried into existence in life.

I don’t see how our music in any way relates to whether or not we ever need to watch Friends to chill out. When you go see a Warhol piece, you’re looking at the piece. You’re not looking at what he did at home when he wasn’t working on the piece. So we are talking about music here. We think of music in a different way than popular culture, where they tie lifestyle into it. It’s our art form. We create it. Maybe that’s pretentious, but that’s how we feel. We don’t feel the need to connect our personal lives and our individual identities with the music and the band. We’re performers. These were things we felt related to the artwork that we created.

“We don’t feel the need to connect our personal lives and our individual identities with the music and the band.”

How about a technical question? The vocals on Depression Cherry seem more obscured than on Bloom or Teen Dream. Was that intentional?

That’s the line between being natural and premeditation. The whole recording, [Victoria] was just trying to be really natural. There’s a tendency in the studio to oversing because you’re trying to make some kind of great performance. This studio experience, we tried to get absorbed in each song and not treat it like a factory. Oftentimes, due to financial limitations, going to the studio, you have to treat it like a factory. We tried to live in each song and exist within it. The way it sounds is just what came of it. I think it’s very nuanced and gentle and beautiful.

The record leaked. Does it even bother you anymore?
We would’ve preferred it not to, because we had a vision of how we wanted to release it. But it’s happened every single time we’ve put out a record. So, to some extent, it just seems completely normal. Once it leaks, it leaks. There’s no reason to be upset by that. We have these fans — that we are very lucky to have — and we had this vision of how we wanted to present it to them. And the leak always kind of ruins that. It’s just music, and I’m happy that people even care to listen to it.

Well, sorry if things got tense.
Yeah, you have to understand we’re not trying to be dicks. We’re just trying to answer everything honestly, at all times. We’re happy to do press. We feel grateful that people want to talk about it. We just have a very deep belief that we can’t just produce sound-bite answers for people. We don’t want to wrap things up in a nice box, just for the sake of commodification.

We have to try to answer questions honestly and truthfully. And steer them in the direction and into the place where we feel like we’re being honest and not just doing the formula answer that I always see bands doing. Not to be negative, but everybody has this thing where they create a formula answer that they know will satisfy the person’s question. You can always hear in the question what they want in an answer. And we believe that could be damaging to us, to get involved in false narrative.