When goth-rock firebrands Bauhaus arrived in New York City on their first U.S. tour in 1980, they unwittingly met a trio of their heroes – Iggy Pop, guitarist Mick Ronson and original Sex Pistols bassist Glen Matlock – in the lobby of their hotel leading to a wild, memorable night. It was Pop who left the greatest impression on the “Bela Lugosi’s Dead” band, as they would have a unforgettable run-in with him later in the tour.

The group’s drummer, Kevin Haskins, recounts the whole incredible escapade below in an excerpt from his upcoming book, Bauhaus Undead. The book, which also includes tales of the group’s liaisons with David Bowie, the Pretenders and Nico, traces the group’s original run from 1978 through 1983, as well as their reunions in 1998 and the mid-2000s, with imagery of memorabilia the drummer has held onto over the years. The book includes pictures of the group’s handmade flyers, backstage passes, posters, candid photos, set lists, contracts, instruments and handwritten lyrics.

“I have plundered the vaults to bring forth unseen candid photos, ephemera and flyers that have been entombed for decades!” Haskins tells Rolling Stone. “Delved deep inside my memory banks for anecdotes involving hearses, custard pies and flick knives! Fly on the dressing room wall encounters with Iggy Pop, Nico and Bowie. In compiling this slice of life, all my post-punk adventures flashed before my eyes, as they will yours. All captured in one huge, deluxe coffee table book that one can actually touch and hold! And that, in this digital age, is a rarity.”

Here, Haskins recounts Bauhaus’ first meeting with Pop, whose “The Passenger” would later become a staple of their 1998 reunion set lists.

The stunning skyline of Manhattan revealed itself through the flickering strobe effect of the 59th Street bridge. Our first tour of The USA! After landing at LaGuardia, we were now en route into the city, drinking in the sights and smells of Manhattan and feeling every pothole in the well-worn roads. Steam belched from the manhole covers and the rattle of the subway trains, combined with the car horns and sirens, blended together to form an anarchic avant-garde concerto.

The cab eventually pulled up to The Iroquois Hotel (where all the bands stayed) on West 44th Street and where, as we discovered on entering our room, the unfortunate guests are outnumbered by an army of resident cockroaches!

“Daniel sat fascinated as Iggy and Mick [Ronson] sparred back and forth about whose production skills were better.”

After our tour manager Peter Kent had paid the cab driver, we dragged our luggage to the front desk to check in. While Peter was dealing with our reservation, I slipped away to check out the music drifting from the hotel bar. I poked my head around the corner and, as my eyes became accustomed to the dark surroundings, I made out an ancient crooner singing an old standard, seemingly for the millionth time. This charming and rundown bar would be the stage for a couple of very exciting meetings.

Later that evening, we were all getting ready to go clubbing. New York City! The Big Apple! The energy of the city was palpable as a myriad of discordant sounds invaded our cramped quarters. We were all fired up and excited to hit the town. That is, all but one of us. [Guitarist] Daniel [Ash] had decided to have a quiet night in! It being an oxymoron, we couldn’t get our heads round that idea. But no degree of persuasion could change his plans, so we eventually set off without him. 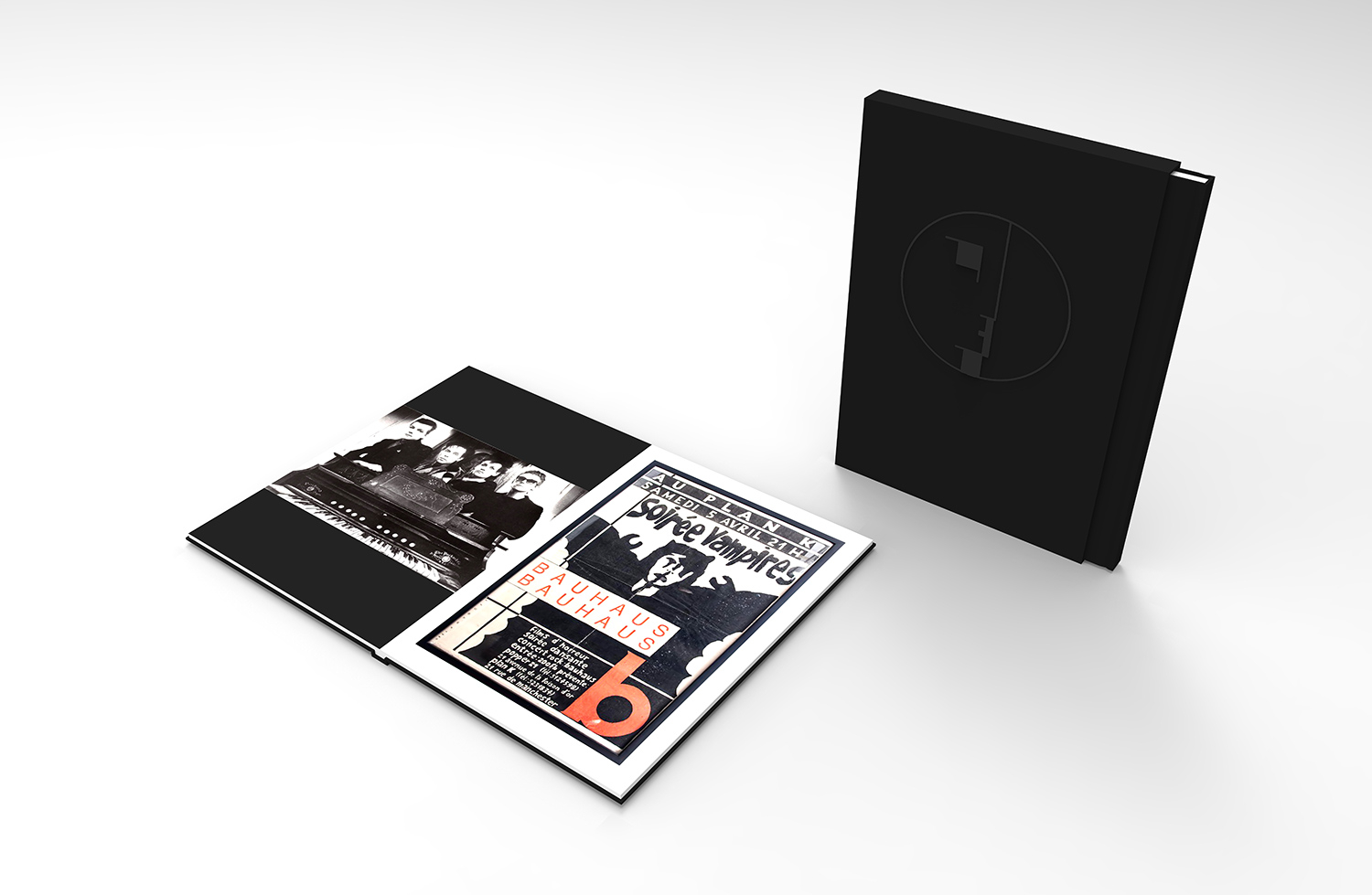 What we didn’t know was that his evening in would trump ours by a massive degree! Daniel told us that soon after we left he decided to grab a quiet drink in the hotel bar. After ordering a Jack and Coke, to his astonishment, in walks no other than Iggy Pop, Glen Matlock and Mick Ronson! He literally couldn’t believe what his eyes were seeing. After a while, a woman who was with Iggy came over to chat with Daniel. She told him that she had noticed him glancing towards them several times, and enquired if he was a fan. He told her that Mick and Iggy were two of his all-time heroes but that he didn’t want to bother them. She reassured Daniel that it would be fine to meet them and eventually persuaded him to join them.

Clocking the British accent, Iggy asked Daniel what he was doing in New York, and so he told him about our upcoming shows. After a couple of drinks, Iggy asked Daniel if he wanted to come up to his room where they were going to have a little party. After considering this invitation for one nanosecond, Daniel accepted and off they went. Upstairs, drinks were fixed and Daniel sat fascinated as Iggy and Mick sparred back and forth about whose production skills were better, and other related topics. It was all conducted in an amiable way, and Daniel could tell that they were best friends.

As the night proceeded, Iggy asked Daniel where he could hear our music and Daniel remembered that he had a copy of our single, “Terror Couple Kill Colonel,” in our room. Iggy asked him to go get it and Daniel dutifully complied. Eventually, as with all good things, the party came to an end and Daniel returned to our room. As he sat alone, trying to process the surreal nature of the night’s events, the three inebriated amigos returned from their conquest of Manhattan’s underground club scene. As we excitedly recounted the night’s events, Daniel listened patiently, waiting to reveal his unbelievable story. Of course we were all astonished and then wished that we had also stayed in for “a quiet night.”

The following afternoon, we all decided to visit the bar in the hopes that Iggy would be there. As we entered, our eyes fell upon the familiar face of a solitary figure sitting at the bar. Eying our prize, we all suddenly became very thirsty and duly sat down at the bar to order a round of drinks. Daniel said hi to his newfound pal and introduced the rest of us as we attempted to appear cool and nonchalant. I then heard that old familiar languid baritone drawl of the man himself, “So this is the rest of the band, eh?” We responded in the affirmative and invited him to our show that night at Tier 3 and Danceteria one week later. He told us that he was leaving town that night but would try to make it to the latter. After some small talk, he informed us that he had to get back upstairs to his room as Mick Ronson was waiting for him. We enquired if it might be at all possible to tag along. He gave us a wry smile and said his goodbyes.

Fast forward six days and we are now onstage playing to a packed house at Danceteria. A few numbers in and I hear a heckler yelling loudly above the music and can hear Peter giving back as good as he’s getting. As Peter moved to the right, I looked for the heckler and saw a guy jostling about down the front wearing a motorcycle jacket. It was Iggy Pop! The gig continued with Iggy and Pete launching verbal missiles at each other throughout our set. Afterwards, Iggy came backstage and congratulated us on a great show! He explained that he had a driver outside, and told him he’d only be about 10 minutes, but as we were so good he decided to stay the entire set. I respectfully asked if I could take a shot of him and Peter on my new Canon camera and Iggy obliged. We exchanged some more banter and then Iggy announced that he was off to some “dark and dangerous S&M club,” and then disappeared into the night.