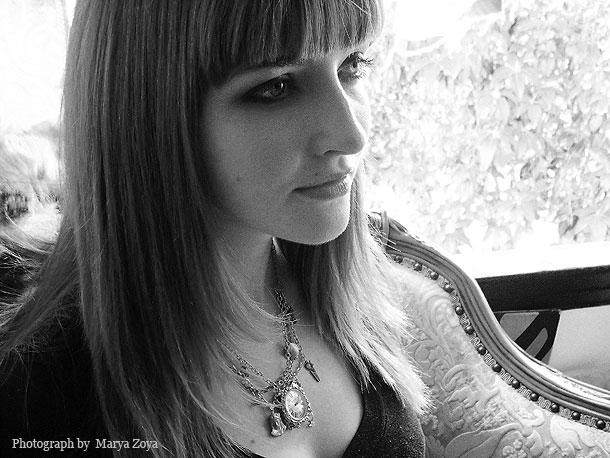 Who: La Sera is the solo project of Katy Goodman, the bassist and backing vocalist for the Brooklyn garage rock trio the Vivian Girls. While her regular band filters the romantic sound of Sixties girl-group pop through the aesthetics of loud, lo-fi punk rock, Goodman’s La Sera tunes embrace pristine production values and pure angelic sweetness. Her songs are simple but effortlessly pretty, and touch on dark, adult themes while evoking a sound closely associated with the innocence of early adolescence. The tone of the album is best summed up by “Hold,” a dreamy ballad sung in a breathy, girlish voice about a couple whose loving embrace gradually becomes a suffocating death-grip.

With A Little Help From Her Friend: Goodman is a veteran of several punk bands including the Vivian Girls, but La Sera is the first record she wrote entirely by herself, though all the instruments on the record are played by her collaborator Brady Hall. After writing all the songs during a two-week break between Vivian Girls tours, Goodman sent her demos along to Hall, who volunteered to rerecord them at his home studio in Seattle. “Brady is an old friend of mine,” she says. “He has made music videos for Vivian Girls before and I really trust his opinion on things, so when he offered to do the record with me, I was stoked.”

First Timer: Though Goodman’s tunes are remarkably confident for a novice, she’s still nervous about performing the songs live. “Tonight on stage, in Malmö [Sweden], I played guitar in front of people for the first time ever,” she says. “I bought my first guitar a year ago, the day I started writing all of the La Sera songs. I haven’t practiced nearly as much as I’ve wanted to, but I’m getting better slowly.” Despite the stage fright, things went well with the Swedish audience. “I did tell the crowd that was my first time ever playing guitar on stage. I think they were into it.”

Oldies Inspiration: The sparkling reverb and earnest, lovesick tone of the La Sera album is mainly inspired by all the oldies radio Goodman absorbed when she was a young girl. “My mom got me into older music when I was a child,” she says. “I remember the first concert that I told my mom I wanted to go to was the Drifters.”