“I see music as a way to document experiences,” says Amythyst Kiah, and to be sure, the songs collected on her most recent release, Wary + Strange, encompass a range of experiences and emotions that are particular to her own personal journey, but that also speak to the broader human condition. “I’m touching on cultural observations and social commentary, but also the struggle of trying to resolve my self-worth and find my place in this world,” Kiah says.

That struggle is captured in stark, intimate terms on one of the album’s standout cuts, “Wild Turkey,” which sees the 34-year-old Tennessee-bred artist looking back on her mother’s death from drowning when Kiah was just a teenager, and her efforts to come to terms with the devasting loss. “I was saying, ‘This is the source of a lot of the decisions that I made during that time period – what am I going to do now going forward?’,” Kiah explains of the tune, which is propelled by a gently fingerpicked acoustic-guitar pattern before string drones and percussion accents threaten to burst the song at the seams. “In that way, ‘Wild Turkey’ was sort of a breakthrough for me.”

The song’s significance is one reason Kiah opted to record it for Rolling Stone alongside a video Gibson created using a groundbreaking sonic paintbrush technique. Kiah described her flow state in a mood board and Gibson used robotics to sketch out icons, graphics, memes, and illustrations to show what happens visually in Kiah’s mind as she plays guitar. These descriptions resulted in a beautiful, animated clip that displays Kiah’s creative state when playing “Wild Turkey” with her Gibson Generation G-45 acoustic guitar. 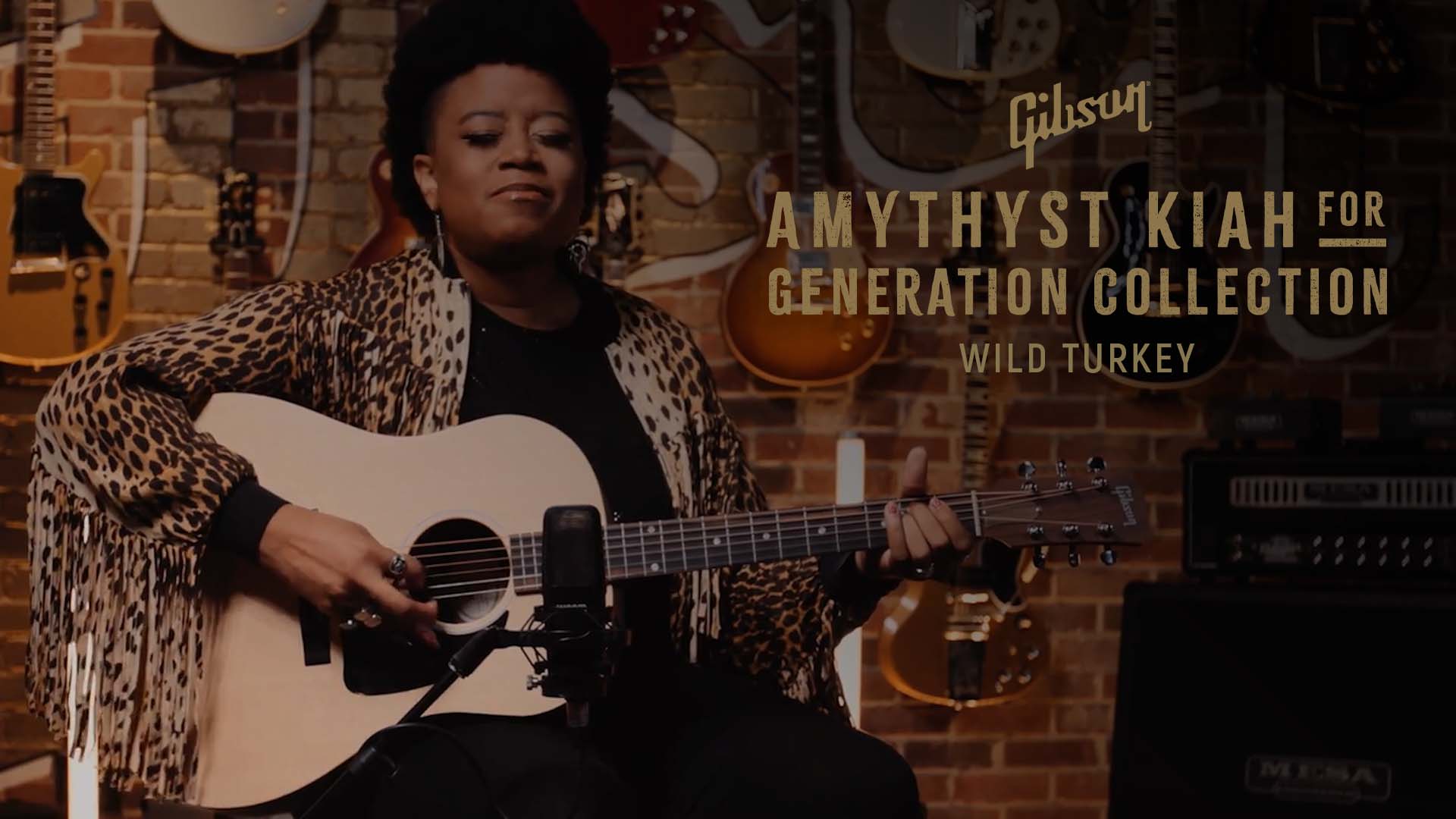 “I ended up going for ideas and objects that really speak to me and that are common themes throughout my life,” Kiah explains. “Things like the cosmos, and the idea of being a tiny speck in this vast universe, or triangles as representations of masculinity and femininity. Because I’ve always felt very androgynous in terms of my personality and personal expression.”

In general, the video process was “pretty wild,” Kiah says. “When it comes to my music I’ve never really thought about visuals, necessarily – I’m usually just thinking about sound.”

When it comes to that sound, Kiah has of late relied on her new Gibson Generation G-45 acoustic as her guitar of choice. Hand built at Gibson’s Bozeman, Montana acoustic facility, the storied brand’s newest line of acoustics boast premium artist features like all-solid construction, a thinner-than-usual body and an easy-playing neck, as well as a truly limit-pushing design concept: the Gibson Player Port. This innovative feature, an original Gibson concept from the early ‘60s, projects sound out toward the player via a side-mounted sound hole on the body’s upper curve. Meaning that unlike with a standard acoustic guitar, musicians can now hear their instrument the exact same way the audience hears it.

“The Player Port really changes the game as far as being able to hear the smaller details that often get muffled with other acoustic guitars,” Kiah says. “Unless you’re plugged into a PA or a DAW or some other system, you usually can’t hear everything that’s going on with your guitar sound-wise. But the Player Port allows for that unadulterated ‘grab your guitar, sit down and start playing’ approach, and when you do that, you hear exactly what everyone else hears. It’s an incredible thing.”

In addition to allowing for a better playing experience, Kiah says that Gibson Generation G-45’s Player Port also inspires her to simply play more. “After 20 years of playing acoustic guitar alone in my room, it adds a whole other dynamic that really encourages me to play even longer than I normally would, just to hear the sound of the guitar,” she says. “It’s a beautiful thing when you can just sit and listen to the pure sound of the instrument. And it’s in those moments that a lot of really cool ideas take shape.” 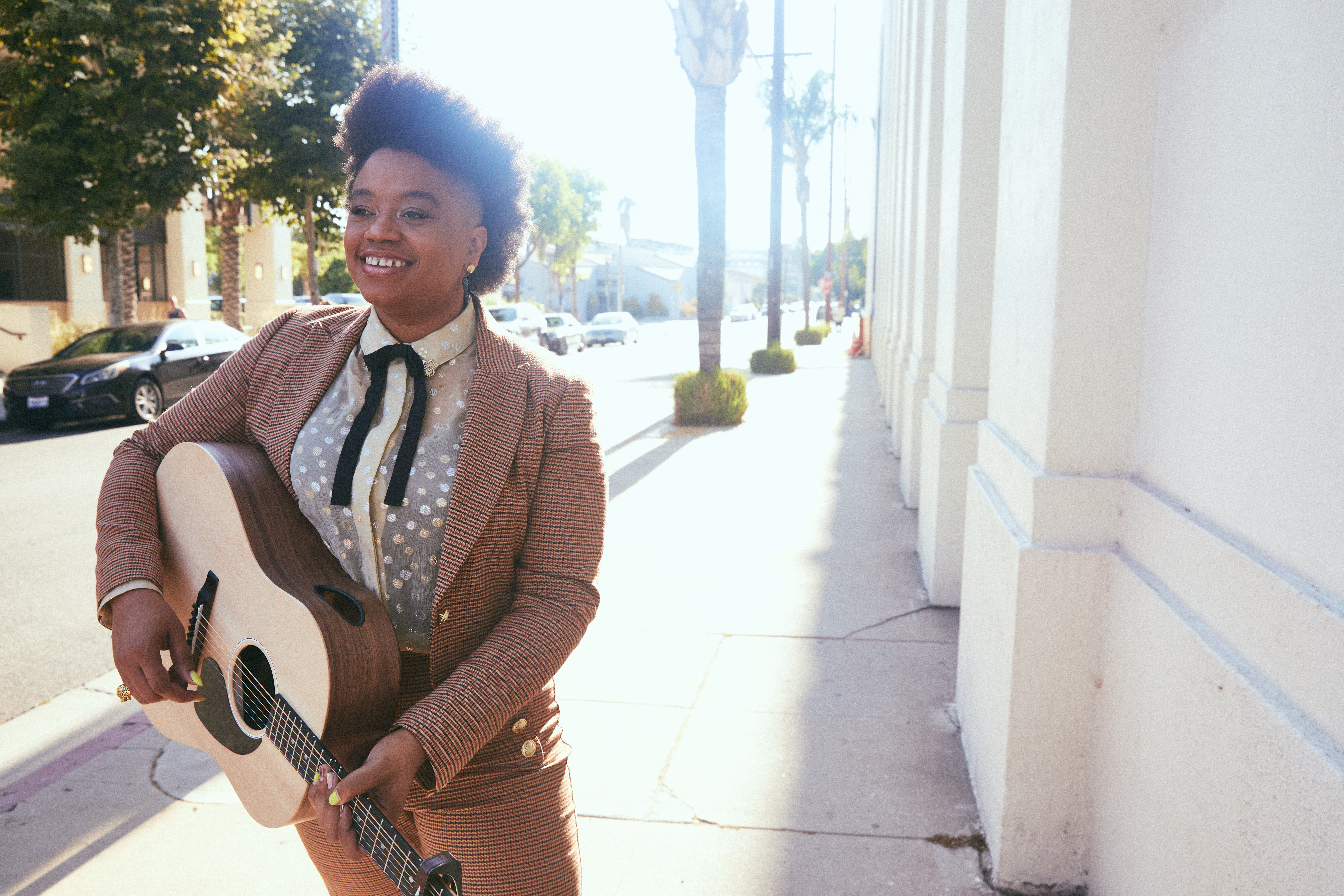 Undeniably, Kiah is an artist who has had plenty of “cool ideas.” In addition to her solo work, she is a key member of Our Native Daughters, a string band assembled by Rhiannon Giddens in 2018, and her playing style and music encompasses everything from old-timey, country blues and classical to rock, alternative, folk and even, at least in terms of her influences, pop-punk, hardcore and metal–she points to Finnish symphonic metal act Nightwish as “one of my favorite bands of all time”.

Given her wide ranging taste, it’s not surprising that when it came to choosing a song from Rolling Stone’s “500 Greatest Songs of All Time” list to cover, she went with Joy Division’s “Love Will Tear Us Apart,” arranged for solo guitar and vocal. “If you break it down and just listen to the melody and the words, it’s just such a beautiful song, no matter what instruments you put on it,” Kiah says of the post-punk archetype. 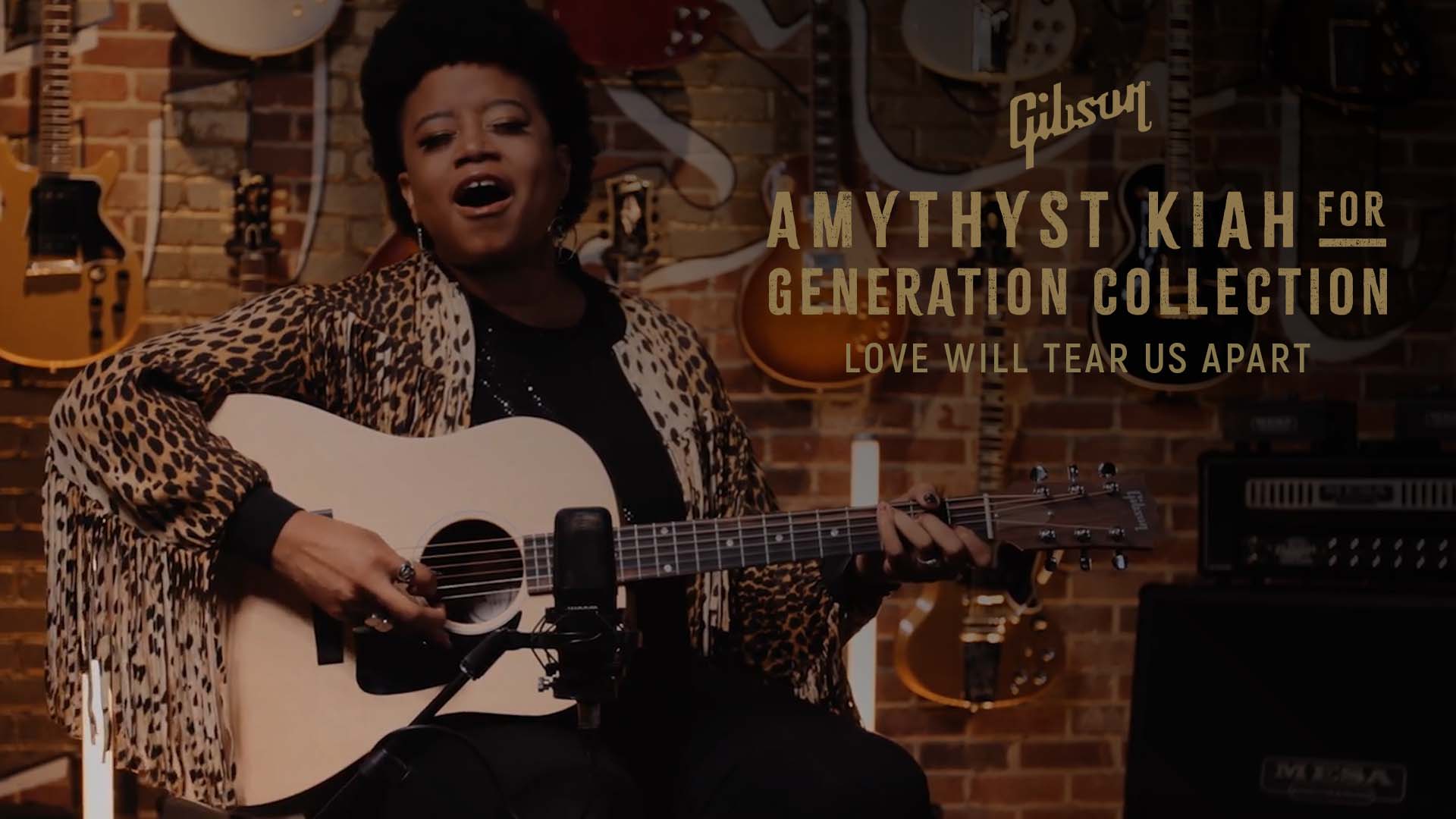 Which speaks to the fact that, in Kiah’s estimation, a great song is a great song, regardless of sound, style or subgenre. “There really no rules when it comes to music,” she says.

Or, it would seem, when it comes to acoustic guitar design. “That’s what so great about the Gibson Generation acoustics,” Kiah continues. “Not only does it play great, but it gives me a purer sound than maybe any other guitar I’ve ever used. I’m hearing the articulation with very little effort, without having to plug anything in or put on headphones or spend time setting up. I can just literally just sit there and listen. The G-45 gives me that extra little incentive to sit just a little bit longer with my guitar. Once I pick it up, I really have a hard time putting it down. I haven’t felt that way about an acoustic guitar in quite a while.” 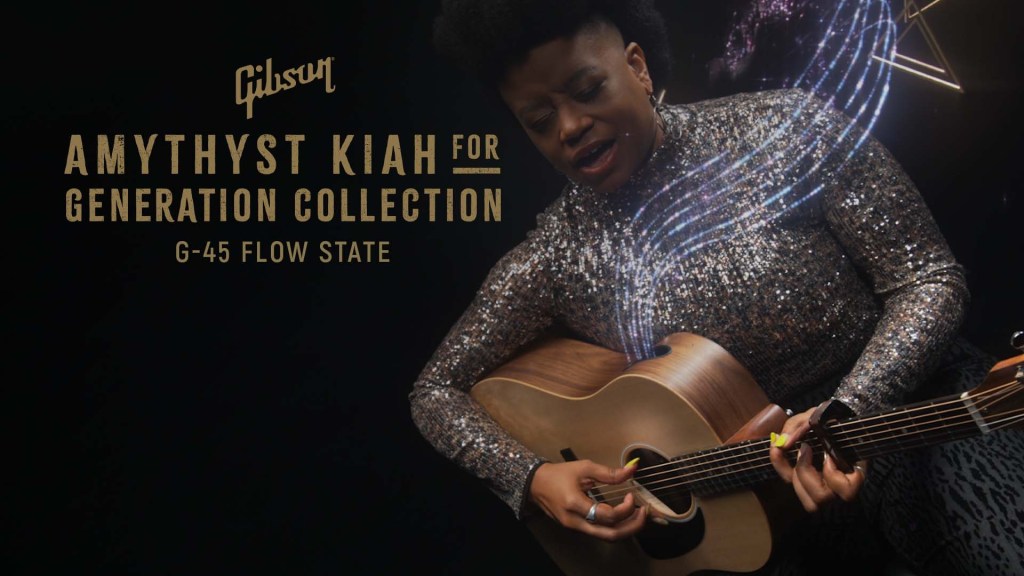