Amok: Not To Be Spelled Backwards! - Rolling Stone
×

I’m embarrassed to note that I forgot to watch the Oscars last night–so I missed seeing Adele, Shirley Bassey and maybe a few other people I cared about, not to mention what was apparently a tasteful tribute to “boobs,” which I deeply regret.

And while it’s true I didn’t see a single film that was up for any award whatsoever—between you and me, I usually go to the movies maybe twice every summer, in Massachusetts—I’m thrilled that music played a role in the night’s festivities!

But you know what? First and foremost, I’m a music guy! So I spent the night listening to a box set by Thee Midniters, watching The Walking Dead and Banshee and sleeping with my dog Sparky!

And I know I’m not alone! 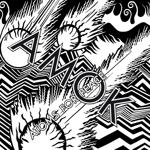 Atoms For Peace: Amok (XL) While on paper a collaborative effort between Radiohead’s Thom Yorke, producer Nigel Godrich, the Red Hot Chili Peppers’ Flea, drummer Joey Waronker and former Beatle Mauro Refosco might seem a bit of a yank, in practice it’s quite good! The grooves are nice, Yorke’s aesthetic feel permeates the bulk of the content—nine songs in all—and I have absolutely no idea what’s being sung about, which in Yorke’s case hasn’t really changed since “Creep.” In all, I’m pleased that one of pop music’s most popular and adventurous composers is exploring sound and atmosphere—and bringing his audience along with him–rather than devoting his energies to making a gleefully disposable pop hit! Still, Rihanna’s influence permeates everything! 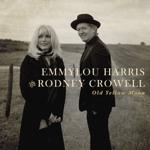 Emmylou Harris & Rodney Crowell: Old Yellow Moon (Nonesuch) A delightful reunion of singer Harris and Rodney Crowell, a key component of her much-lauded Hot Band of the ‘70s, Old Yellow Moon is a classy, contemporary take on the couple’s pioneering earlier work, featuring superb songs by Crowell, covers of tunes by Hank DeVito and Roger Miller, and sublimely played, artfully sung, emotional ballads. As most of today’s contemporary Country Music either borrows too much from the legacy of the Eagles or too conspicuously writes down to its audience, the approach taken here—pure, commercial but not pandering—sounds so fresh it could likely win new fans among those who assume Country Music now means little more than pop music sung with a twang and a steel guitar unobtrusively mixed in the background. A fine addition to both artists’ distinguished catalogs. 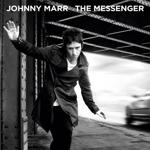 Johnny Marr: The Messenger (Sire/ADA) Following his notable career as the musical heartbeat of the Smiths, guitarist Marr was oddly disappointing with both Electronic and (weirdly) Modest Mouse: His melodic sensibility, the textures that were so memorable in the context of the Smiths, seemed deliberately relegated to the background—and rather than focusing on his current endeavors, much of the dialog of the time was devoted to the notion of potential Smiths reunions. I don’t think this would’ve been the case had he released the immensely listenable The Messenger in, say, 1990, a few short years after that band’s final Strangeways, Here We Come. This is his best post-Smiths effort ever, and in fact sounds more like the Smiths than any Morrissey album since 1988’s Viva Hate. He’s a fine singer; the 12 songs here are varied, dynamic and sonically memorable; and, for those who keep track of memorable divorced musical duos, it beats anything Keith Richards ever released on his very own. A very fine return to form for Marr, and a further restatement that when it comes to one of rock ‘n’ roll’s very best bands, musician for musician, the Smiths had very few equals. 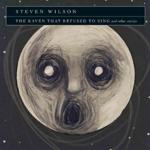 Steven Wilson: The Raven That Refused To Sing (And Other Stories) (Kscope) It would be very easy to write off the prolific Steven Wilson as a man with his hand in too many pies: Aside from his excellent, prog-inspired work with Porcupine Tree, he’s been deeply involved in numerous collaborations for nearly 20 years, done spectacularly remixing the catalogs of the likes of King Crimson, Emerson, Lake & Palmer, Caravan and Jethro Tull, and released a number of distinctively memorable albums all on his own. This is another one, and it’s very good. Recorded live in a Los Angeles studio and featuring a worthy band (guitarist Guthrie Govan, bassist Nick Beggs, saxophonist Theo Travis, keyboardist Adam Holzman, and drummer Marco Minnemann), The Raven features six lengthy songs, all of which are exquisitely arranged, surprisingly substantial in terms of pure songwriting, and—speaking of old prog ties—engineered by no less than Alan Parsons himself. It’s thoughtful stuff, and for a man who seems to make a record nearly every week, notably distinctive from the rest of his catalog. It’s actually kind of weird that he exists! 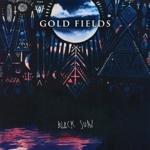 Gold Fields: Black Sun (Astralwerks) A perky Australian combo who have a good sense for well-played pop, Gold Fields have apparently been named OneTwoWatch by MySpace, one of 13 Artists To Watch by MTV, and one of Billboard’s Artists To Watch in 2013! The kicker? None of them wear watches! I, personally, am freaked! 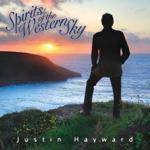 Justin Hayward: Spirits Of The Western Sky (Eagle Rock) There’s a part of me that’s deeply reassured that Justin Hayward–the Moody Bluesman whose “Nights In White Satin” and “Tuesday Afternoon” set the stage for prog-rock-with-orchestra, random groups of hippies clustered around scented candles and black lights while chanting “OMMM,” and pleasant, mildly ethereal vocals that really, actually, were quite good—continues making records even to this day! Still in good form, and for most people the voice of the Moody Blues, Hayward’s crafted a worthy album that, all these years later, isn’t too far removed from the work for which he is best known. Oops! I just passed out!

Nightlands: Oak Island (Secretly Canadian) This is a first! I’ve been listening to records for years, and here’s the only one—by the guy who plays bass in the War On Drugs, no less—to, staggeringly, duplicate the aural effect pioneered by the just-mentioned Justin Hayward and his Moody Blues! This is no small feat! The second album by Dave Hartley, who per his bio apparently set out to replicate “’70s AM gold,” Oak Island is an unqualified success by any measure! Lately I put it on the car stereo, drive around out in the desert, clench my fists really hard, am transported to the mid-‘70s where I find my younger self, advise me to eventually buy Microsoft and Apple stock, then stare into the bedroom window of my old girlfriend! It’s kind of why I stopped listening to To Our Children’s Children’s Children! 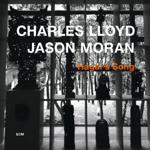 Charles Lloyd & Jason Moran: Hagar’s Song (ECM) A memorable career-play by revered saxophonist Lloyd, who along with pianist Jason Moran runs through a collection of tunes that, in his words, represent “the continuous thread of music that is my life.” Among the composers heard: Billy Strayhorn, George Gershwin, Duke Ellington, Bob Dylan and Brian Wilson. An excellent work by the now 74-year old musician, the album is as eclectically programmed as has been Lloyd’s own career and, clearly, is deeply felt. Good stuff. 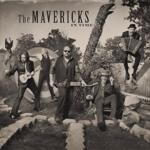 The Mavericks: In Time (Valory) Must put in a word for the first new album by the now-reunited Mavericks in close to 10 years: Well-played, well-sung stuff, highlighted by the remarkable (and oddly still undersung) work of vocalist Raul Malo, great playing, and astute songwriting. No compromises, no sweetening for the sake of Country radio, In Time is a fine addition to the Mavericks’ legacy—one that, in 2013, perhaps deserves re-examination. 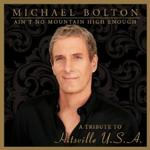 Michael Bolton: Ain’t No Mountain High Enough: A Tribute To Hitsville U.S.A. (Montaigne) Take one of the most memorable catalogs in pop history—that of Motown—and add the memorable pipes of Michael Bolton, who, say what you will, followed his particular muse in a way that few others have ever attempted, and you’ve actually got a fine, non-excess-filled, non-over-emotive collection of great songs that do both the catalog and the singer justice. It’s 2013—time to simply dig the guy because he’s here!