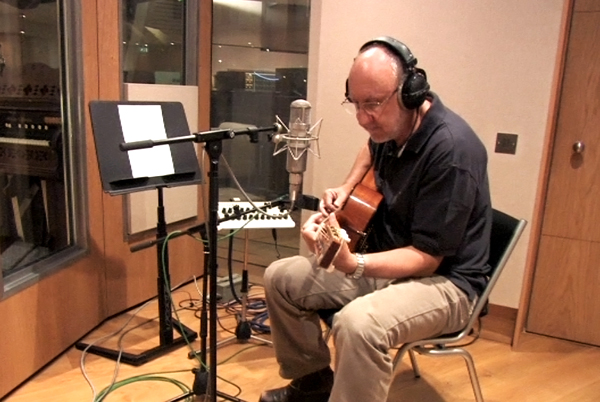 Amnesty International has unveiled an impressive four-CD compilation of Bob Dylan songs which will be available for streaming beginning today, December 10th, for a 24-hour period to anybody who “likes” the esteemed human rights organization on Facebook. The set, entitled Chimes of Freedom, will be released on January 24th in honor of Amnesty International’s 50th anniversary.

In addition to calling attention to Amnesty’s work, it’s also a moving tribute to 50 years of Bob Dylan songs. A special two-disc version will be available at Starbucks for a limited time, beginning January 24th as well. In the meantime, you can view exclusive behind-the-scenes video of Ke$ha, Pete Townshend and We Are Augustines below.

Of the 76 newly recorded Dylan covers – performed by more than 80 artists – there are quite a few eyebrow-raisers and attention-grabbers. My Morning Jacket covers “You’re a Big Girl Now,” Adele covers “Make You Feel My Love,” Sinead O’Connor covers “Property of Jesus,” and Miley Cyrus covers “You’re Gonna Make Me Lonesome When You Go.” Other left-field choices include contributions from Aerosmith’s Joe Perry, soul man Raphael Saadiq and punk rockers Bad Religion. But perhaps most surprising of all is Ke$ha’s version of  “Don’t Think Twice, It’s All Right.” It’s not the artist that makes it unique; it’s her delivery.

Ke$ha on getting emotional while recording

Ke$ha’s love for Bob Dylan is well known, and she has long touted his 1969 release Nashville Skyline as her favorite record of all time. But when it came time to record something special for Amnesty International, she set her sights on “Don’t Think Twice, It’s Alright” from 1963’s The Freewheelin’ Bob Dylan instead. She had no idea that the experience of recording it would turn into the cathartic and emotional experience that it did.

“I didn’t want this to sound like a pop version of a Bob Dylan song,” Ke$ha tells Rolling Stone. “That’s the last thing I wanted this to sound like.”She brought her friend, producer Bob Ezrin, on board, and the two of them discussed an interpretation of the lyrics that positioned the song as a suicide note from the female perspective. But then it became something different entirely; something personal.

The first time Ke$ha sang it through, she was all alone, in her bedroom, singing it straight to her laptop. It was one of the first quiet moments that she had to herself in three years, and the first time she had even been home in a few months. Suddenly she was sans entourage, without any managers or body guards surrounding her.

“And there were particular lyrics in the song that you can just tell, once they came out of my mouth – the emotion caught up with me and I just started weeping,” she says. “It’s something that I didn’t plan on, that wasn’t contrived at all. It just sort of happened.”

The suicide note interpretation that Ezrin and Ke$ha talked about had evolved into a different kind of message. “It seemed like a suicide note to the love of my life and to my former life,” she says. “Because everything in my life has changed so much. And it went from being this ambiguous interpretation – this idea we had – to it being so completely relevant to everything I’m going through. I’m so lucky and blessed, but there are moments that are just so incredibly lonely that it’s indescribable. And I’ve never written a song that’s admitted that. Singing Bob Dylan’s words and feeling my own emotion through it – it was a very intense moment for me.”

Pete Townshend on Politics in Lyrics

Ezrin, who cites Dylan as an influence that led to his career as a music producer, says that he was skeptical of the song-pairing at first. “I’ve heard every version of ‘Don’t Think Twice’ that’s ever been recorded, I think,” he tells Rolling Stone. “And I couldn’t see her doing any of that.” But once he heard her lonesome bedroom vocal, he was sold – they built the rest of the song around that first take. “It’s such a strange reading of the song and a total departure for Ke$ha from anything you’ve heard from her before, or anything you’re expecting to hear from her. And it’s a brilliant performance. It’s so good.”

Of course, there are lots of remarkable performances on Chimes of Freedom. Check out these exclusive videos of Ke$ha, Pete Townhend and We Are Augustines working on their contributions. And don’t forget to “like” Amnesty International’s Facebook page now, as the stream will only be available for 24 hours. Chimes of Freedom is also currently available for pre-order at Amnesty International’s official website.

We Are Augustines Cover “Mama, You Been on My Mind”