As most of us know, the past weekend — beginning with the illustriously titled Black Friday and extending through the equally compelling Cyber Monday — represents the single best selling opportunity today’s record labels have all year long!

So what does it mean if you’re an artist and your album comes out . . . a week later?

Well, maybe it means all those crates of CDs were accidentally locked in a back room in Terre Haute, Indiana, or Mexico, or wherever they make those things! Or maybe it means the kind folks at iTunes and Amazon had a hard time personalizing the albums’ digital metadata so that if you decided to upload them later on the Internet they could come and arrest you!

Or maybe it means that somebody somewhere simply forgot about this stuff!

Luckily, New This Week is here to remind everybody about this week’s hottest new product! Unfortunately, as a blog, it’s an inanimate object and doesn’t talk much! 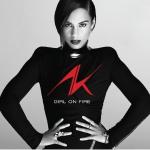 Alicia Keys: Girl On Fire (RCA) It would be the height of snarkiness to say anything negative about the lovely Alicia Keys, particularly when her biography notes that she is “a 14-time GrammyÆ Award-winning singer/songwriter/producer, an accomplished actress, a New York Times best-selling author, an entrepreneur and a powerful force in the world of philanthropy and in the global fight against HIV and AIDS.” OK, great! So is she any good? They didn’t mention that! To be totally objective: She looks great on the album cover, her new logo is extremely cool — I liken it to Hyundai’s, maybe after a few drinks — and admittedly, recording an album that features the artist literally being set afire at the album’s climax is kind of kinky! Still, to my ears, her album is hampered by its being anchored by, in her bio’s words. her “trademark piano” — which, as most musicians realize, is kind of a nothing brand (I’ve never heard of it!) and seems to sort of rattle when it hits the high notes! The album of the year? I simply don’t know!

36 Years Later, 'Ferris Bueller's Day Off' Is Getting a Spinoff

Lindsey Buckingham Will Return to the Road This Fall 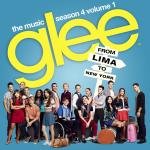 Glee Cast: Glee The Music: Season 4, Volume 1 (Columbia) In these days when the likes of House Of Love see their albums re-released in deluxe editions, when Slowdive and Chapterhouse seem to have a whole new life, and Ride may, in many people’s mind, now be declared the most prescient band of the shoegazing era, is it any wonder that Glee are now reaching their commercial peak? The Brit quartet offer up a unique concept album here fully sketching out a TV show apparently populated by morons — whether from Ohio or Peru remains questionable — and a batch of horrendous songs that borders on frightful sarcasm! With covers of Billy Joel, Coldplay and, God help us, Psy, the material on the new set is in its way as aggressively atonal as mid-career My Bloody Valentine and nowhere near as much fun to listen to in your car! But as the cover picture illustrates, the band has in irresistible knack for spotlighting today’s most fashionable luggage, and that pink carry-on is to die for! 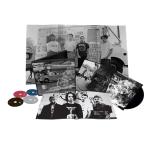 Rage Against The Machine: Rage Against The Machine — XX (20th Anniversary Edition) (Epic/Legacy) If you’re willing to accept that in any music fan’s lifetime, there comes a precise moment when he or she raises his or her hands upward and says, “WTF,” (presuming one speaks in acronyms!) “this crap is unlistenable!,” then you might accept that I said exactly that, many years ago, when I heard this album, now celebrating its 20th anniversary, and cleverly renamed the band Kicking The Refrigerator. No one cared! Historical irony footnote: While I couldn’t tolerate their horrendous lead “singer” Zack de la Rocha’s style but sort of dug the band, and always thought Chris Cornell had been hampered by Soundgarden’s limited chops, the notion of a merger of the two — later to actually take place and be called Audioslave — seemed it might in fact be good! I often mention this to my friends these days while listening to Loggins & Messina and yes, we laugh uproariously! 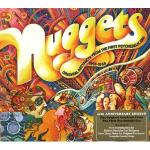 Various Artists: Nuggets: Original Artyfacts From The First Psychedelic Era (Rhino) A celebrated compilation now enjoying its 40th anniversary — in itself deceptive, since it was an oldies album by design — Nuggets was all a certain generation had to go by, back before there were Spotify playlists, when classic singles were issued and then sunk without a trace, unavailable, and when “the album” was what a generation bought and singles seemed a distant, childish memory. But the choices were good, in their way setting the stage for what would later be the punk rock of the ’70s, and the mix of innocence and gleeful exploitation offered by the Electric Prunes, Standells, Cryan’ Shames and Count Five and more was priceless and, to those who liked those bands in their prime, heartwarming and reaffirming. It’s a wonderful package, and it spawned three billion imitations, and were you to see something like it offered on TV late at night by Time-Life, you might consider sending in three payments of $17.99, especially if a bonus disc of “yacht rock” was also offered! But, as always, you’d wake up the next morning feeling ashamed, slightly used, and mildly hungover! So what else is new? 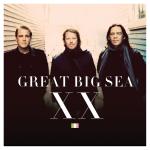 Great Big Sea: XX (Great Big Sea) I try my hardest to be hip and stay in touch with the goings-on of all my fave new bands, but can I be honest? Between mortgage payments, issues with my DVR recording all 60 minutes of the television drama I intend to record, and persistent email from Twitter telling me they have found “some people I might know” including Barack Obama, I sometimes lose track! And how the heck England’s wonderful The XX turned into these three guys — who don’t even sound English — I’ll never know! An unexpected throwback to the delightful sounds of fellow Britband’s 1980 classic Black Sea, this collection is a 3-CD set featuring 40 songs, a wonderful calendar, posters, stickers, and just about everything it takes these days for an alternative rock band to make their mark! That said, geneticists still find this band name unnerving! 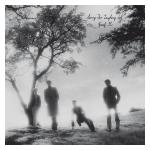 Josef K: Sorry For Laughing (LTM) Realize this may be hard as hell to pick up at the moment, but the vinyl release of what constitutes the intended first album by Scottish band Josef K, recorded for the highly regarded Postcard Records label in 1980 but never officially issued, is no small historic event. With Orange Juice, Aztec Camera, and briefly the Go-Betweens, the low-budget label’s roster featured some of the best and most highly influential music of the era — though much of it went unheard. Officially Josef K’s debut would be 1981’s The Only Fun In Town — itself quite groovy — but this unreleased set was always much-discussed among those who cared. Includes a bonus CD and a general rewriting of rock history! Buy it today! 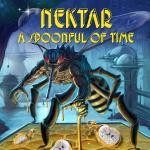 Nektar: A Spoonful Of Time (Cleopatra) Back in the early ’70s, there was a small mini-movement of interesting bands, many of whom surfaced here or in the UK on the United Artists label, including Can, Amon Duul II, Man, Help Yourself, Hawkwind, Brinsley Schwarz and however vaguely it now seems, Nektar–a British combo who somehow found a German audience and had no qualms about releasing side-long album tracks that evoked psychedelia, lots of pills, and pretty colors! It was great! So why the heck they decided to release a new album in 2012 featuring a host of prog rock types (Steve Howe, Edgar Froese, Simon House, David Cross, Rod Argent, Geoff Downes, Rick Wakeman, etc.) playing covers of Rush, 10cc, Blind Faith, the Rolling Stones, Pink Floyd, the Doors and Toto is beyond me! I’m betting it’s Kanye’s fault! 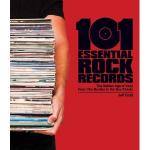 I01 Essential Rock Records by Jeff Gold (Gingko Press Inc.) If you’re into lists of the best albums ever — and you are, of course — then you will naturally be compelled to pick up this fab tome by Jeff Gold, who with the help of a distinguished cast of co-writers including David Bowie, Iggy Pop, Peter Buck, Jac Holzman, Johnny Marr and Robyn Hitchcock, narrows down the field winningly to an acceptable 101. And if you are into records — the way they look, feel, were originally issued, their accompanying artwork and the stories behind each of them — you’ll immediately feel at one with the approach Gold has taken. A month before Christmas, if you are looking for a book that could proudly sit on the coffee table, be picked up and admired by visitors who have come over for a quick drink and a chat, or simply argue with what constitutes “essential” or what doesn’t, this is the book for you. Recommended. 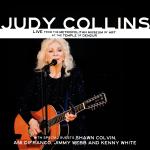 Judy Collins: Judy Collins Live At The Metropolitan Museum Of Art At The Temple Of Dendur (Wildflower) I find it mildly disturbing that with an artist as distinguished as Judy Collins — a pioneer in folk music, popular music, and basically music in general — that all these years after the fact, after her run of classic ’60s Elektra albums and much, much more — I am inclined to remember her less for her masterful singing and overall classiness than I am for watching her sing “Hard Times For Lovers” on Saturday Night Live on the night of February 17, 1979 and thinking — admittedly more than a little inebriated — my god, is it the booze or is this the weirdest, most out-of-tune performance ever to be shown on national TV? It gets a little hazy after that, but this album? Anything that ends with “Send In The Clowns” works for me! 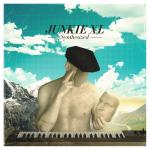 Junkie XL: Synthesized (Nettwerk) Two of my favorite music fantasies involve over-the-hill rappers going into bars in 2025 and telling people their stage names (“Yeah, I’m Kool Kyle!”) and artists sitting in airplanes next to little old ladies who ask what they do for a living! “I make records,” they’ll say! “Oh really? My granddaughter buys records! What’s your name?” There’ll be a pregnant pause, the artist looks sheepish and finally says something like, “Oh, she wouldn’t know me. I’m . . . Junkie XL.” The older woman stares at him for a minute, says nothing, and then turns her head and looks out the window! Yeah, it could happen just like that!