Alice Cooper had all but forgotten that he owned an Andy Warhol silkscreen when his friend, the late actor Dennis Hopper, mentioned that he was selling some of his own Warhols over lunch a decade or so ago.

Owning an original Warhol seems a hard thing to slip one’s mind, but it never quite fit with Cooper’s offstage aesthetic — and it does even less so these days. Cooper prefers the hot arid climes of Arizona to the steaming, humid streets of Warhol’s New York City stomping grounds. He’s more into the local desert landscapes than NYC grit.

As such, the work — Warhol’s 1964 “Little Electric Chair” silkscreen from his Death and Disaster series — was kept in storage for nearly 40 years before Cooper dug it out once more upon Hopper’s counsel. (Thankfully, it was in perfect shape.) And now — after a stint at the Rock & Roll Hall of Fame — it’s headed to auction. “I’m surprised that it didn’t get lost — we moved so many times,” Cooper tells Rolling Stone of the piece. “It just didn’t fit in the house in Arizona. It’s much more of a New York, L.A., or London thing.”

Alice Cooper on One-Year Anniversary of Hot Sauce Launch: 'We Keep it Rock and Roll'

“The Little Electric Chair” will go up for sale on October 23rd in Cooper’s home state of Arizona at Larsen Gallery. The gallery has placed an estimate of $2.5 million to $4.5 million on the silkscreen, which Cooper’s former girlfriend, model Cindy Lang, bought for $2,500 in the early Seventies as a birthday gift for the rocker. Larsen plans to give a percentage of its fee to Alice Cooper’s Solid Rock, which brings music to kids in need.

Lang initially gifted Cooper the silkscreen when the two lived in New York City and the model hung out with the crew at Warhol’s Factory; “The Little Electric Chair” echoed the musician’s theatrical stage show, which included Cooper being executed via that very device. According to Phaidon, Warhol used old newspaper photos of Sing Sing’s electric chair for the series, which also includes “Silver Car Crash (Double Disaster),” which sold for more than $105 million in 2013. 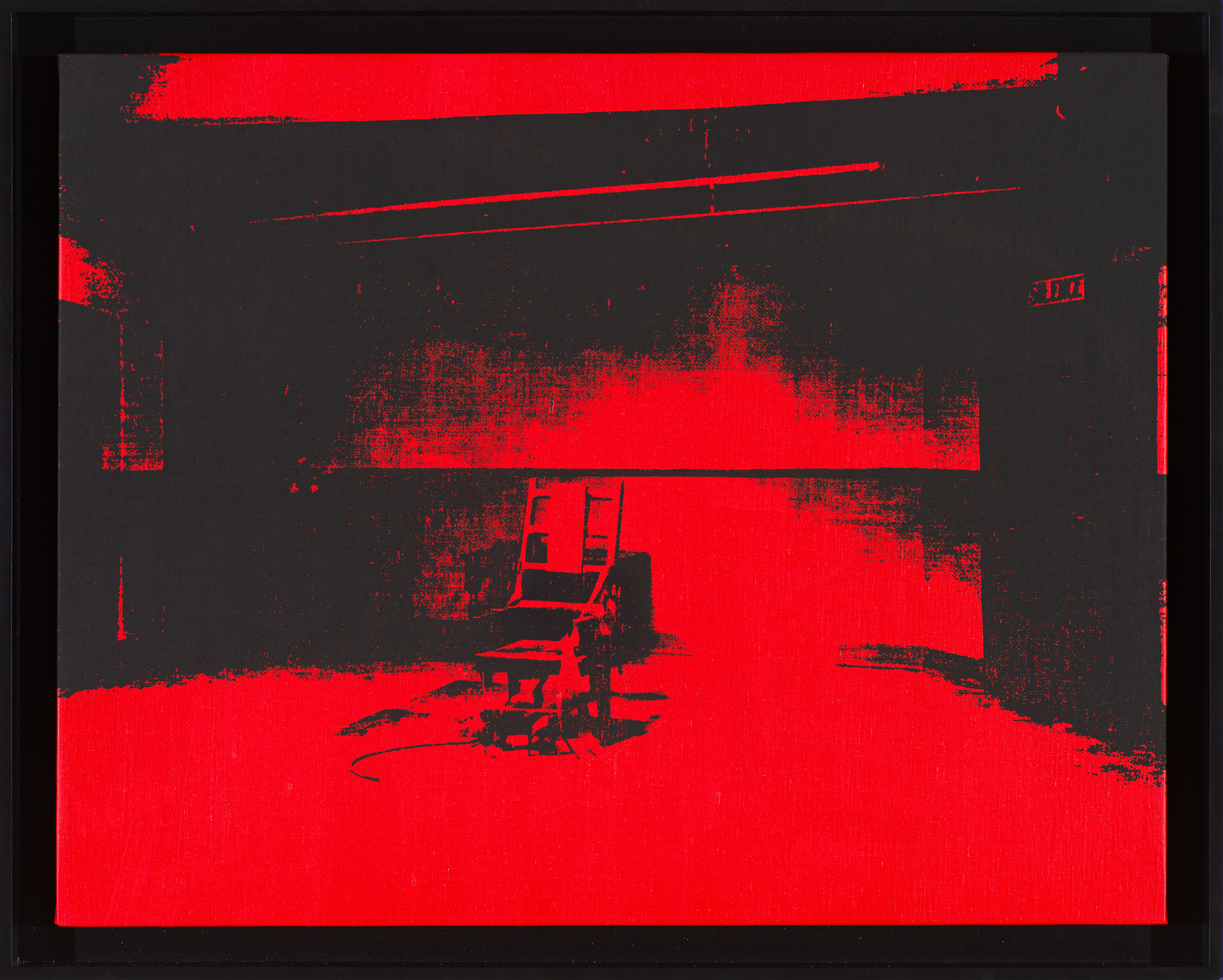 Although Cooper occasionally palled around with Warhol and found the artist to be “a nice person,” he didn’t quite click with the Factory crowd. “Andy Warhol was very cool, but I think I was a little bit more of a Salvador Dalí guy,” Cooper says. “[Warhol’s] New York gang — I wasn’t used to it. I was more of a Detroit or L.A. guy. Getting used to the Warhol gang was a whole different thing. They were different breeds.”

Cooper counts Dalí — who he collaborated with in the past — as his first artistic hero. “When I look back at people that are so good at what they do that second place is so far away, those are probably aliens,” he says. “The Beatles were probably aliens. Dalí was probably an alien. They’re so advanced, they’re uncatchable.”

Due to Cooper’s predilection for surrealism over pop art, the Warhol piece ended up in storage after Cooper and Lang parted ways — along with the electric chair he used onstage. An avid art fan who studied the subject in college, Cooper outfitted his Arizona home more with the trappings of childhood than his own mythology. He prefers quirky artwork depicting neon signs from old roadside motels to his own shock-rock ephemera.

“My parents and I used to drive across the country when I was a little kid and we stayed in those little motels for $6, and now you look at the signs and they’re all rusted,” he says. “The neon is half-broken and all that. But there’s something about those that bring back a memory. That is one of the reasons why people buy art. It brings you back to that moment and there’s something satisfying and secure about that.”

He continues: “When we go to galleries, my wife [Sheryl Goddard] always says, ‘How do you know if it’s good?’ And I said, ‘How does it affect you?’ If you look at a painting and you go, ‘What, why, what, why does that confuse me? Or why does it make me feel this way or that way?’ That’s what I think a good painting is, is something that affects you.”

While Cooper looks back fondly on the era of Alice Cooper of old — the one that was gifted that rare Warhol — he says he’s not that nostalgic for previous iterations of his persona. “So many people collect Alice Cooper stuff. I don’t collect any of it. I don’t live in the past. I’m always thinking about what’s next,” he says. “I was a child for a long time before [I was Alice]. So the Warhol thing never was a nostalgic thing for me. I liked it and I kept it but it doesn’t affect me emotionally at all. I’m sure there’s a lot of people looking for a Warhol electric chair. Good. Let them find this one.”