Led Zeppelin: Led Zeppelin (Deluxe CD Edition), Led Zeppelin II (Deluxe CD Edition), Led Zeppelin III(Deluxe CD Edition) (Atlantic/Swan Song) Certainly the week’s biggest music news must be the gala reissuing of the first three Led Zeppelin albums–remastered, filled to the brim with bonus tracks, and further proof that all great and progressive popular music reached its peak 45 years ago! Well, no, not really, but…if, like me, you return to the catalogs of a certain class of artists—the Beatles, Stones, Beach Boys, Doors, the Who—every five years or so, then put them away again for a long time, this is a good time to re-evaluate Led Zeppelin. First, all three of these original albums sound even crisper and more dynamic than you might remember; secondly, despite the proliferation of bootlegs that has followed this band since their origin, new “official” releases—such as the first album’s bonus disc’s live in Paris 1969 tracks—remain surprisingly rare; and, equally important, this stuff lately sounds better than ever. All these years later, the dynamics of the music, the compositions—whether penned or borrowed by the band, who cares?—and the raw skills of the instrumentalists are genuinely one of a kind. Everyone who likes rock ‘n’ roll has their own favorite Led Zeppelin album; my own favorite is the first, which really sounded like nothing else anyone had ever heard at the time of its release, and maybe 1976’s Presence, which nudged the band back over into the innovative mode after a half-decade of mind-numbing commercial success. If this series continues—ostensibly the original classic Zep album and an accompanying “related” disc of extras—it will be welcome, a contextual rebirth of the band for an entirely new couple of generation, and no doubt an admirable profit center as well! As always, everyone wins! 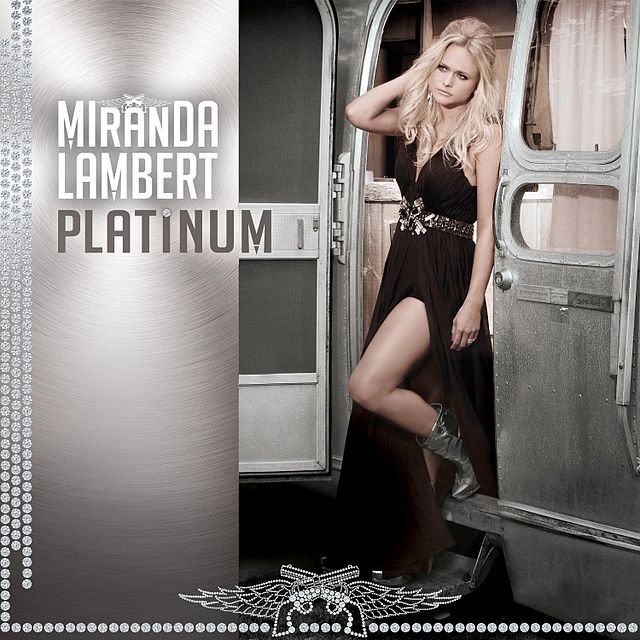 Miranda Lambert: Platinum (RCA Nashville) In a world and genre where sometimes pre-fabricated princes and princesses act, sing and look a certain way—basically maintaining their brand equity at the expense of any kind of meaningful artistic self-expression—Miranda Lambert is, pretty much, pushing at the boundaries and consistently coming up a winner. She’s well-loved, she’s good, she’s a country star, she rocks, she could not seem less pretentious or image-focused, she’s got a nifty side-project with Pistol Annies, and she keeps making very good albums. This, her fifth, is yet another, featuring a significant slab of potential hit singles, collabs with Carrie Underwood, Little Big Town and the Time Jumpers, and enough personality and character via tracks like “Old Sh!t” and “Gravity Is A B**ch” to satisfy audiences both old (who perhaps remember her from Nashville Star) and young (who, not incorrectly, simply thinks she rocks). In all, a strong album from an artist that’s really only begun to reach her true following. 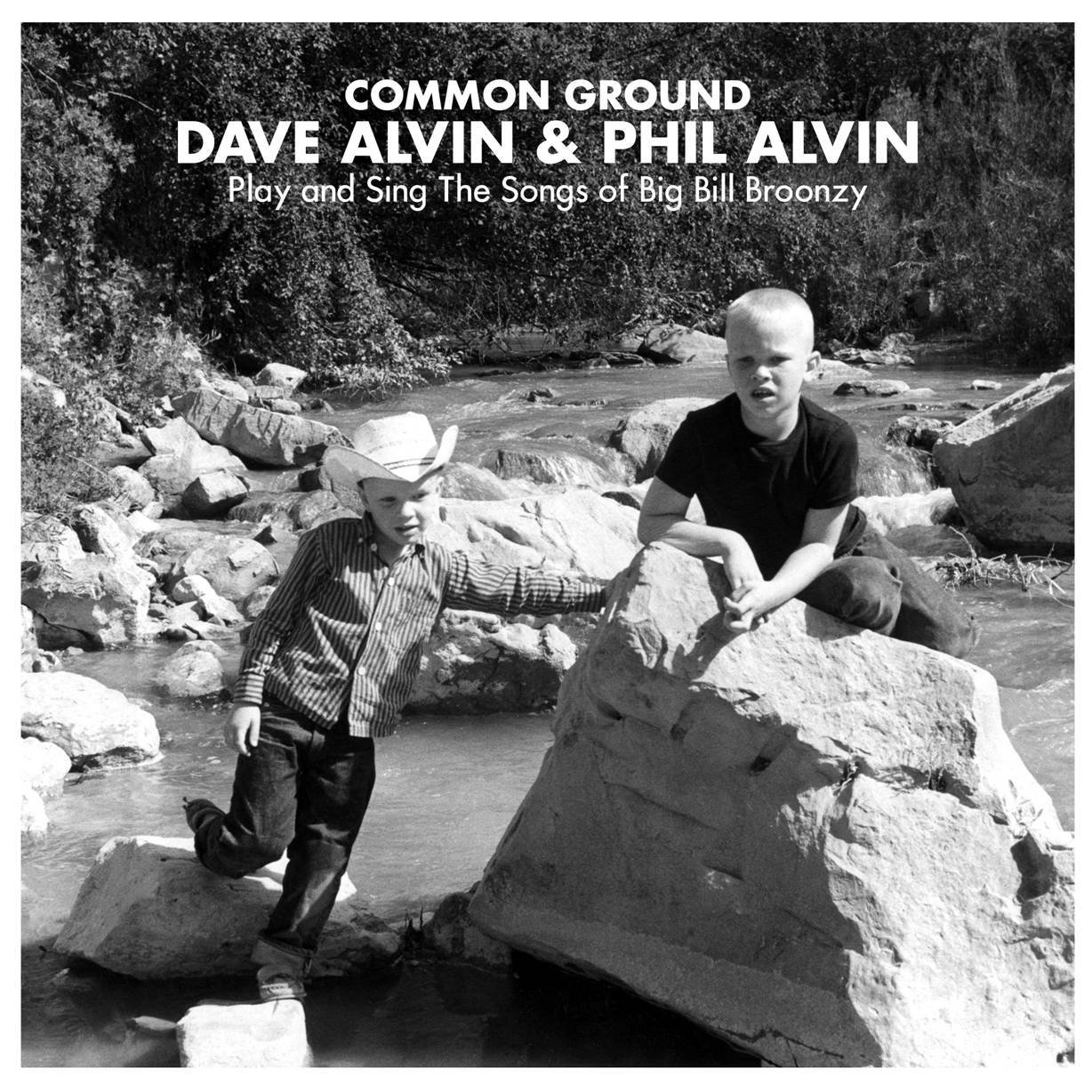 Dave Alvin & Phil Alvin: Common Ground: Dave Alvin & Phil Alvin Play And Sing The Songs Of Big Bill Broonzy (Yep Roc) The long-awaited full-album “return” of the Alvin Brothers, whose spectacular work together in the ‘80s with the Blasters set the stage for much of what now gets called “Americana” in metadata circles, and it’s very good indeed. Devoted to the works of an even earlier pioneer—American blues giant Big Bill Broonzy, who recorded between the ‘20’s-‘50s and amassed a large international audience—this album takes classics, gives them an appealing new spin via the Alvin Brothers, who are better together than they are apart, frankly, and simply rings true throughout. Tasteful, energetic and passionate, Common Ground might not sound like the Blasters, but to longtime fans of the much-missed band, it feels like them. Recommended. 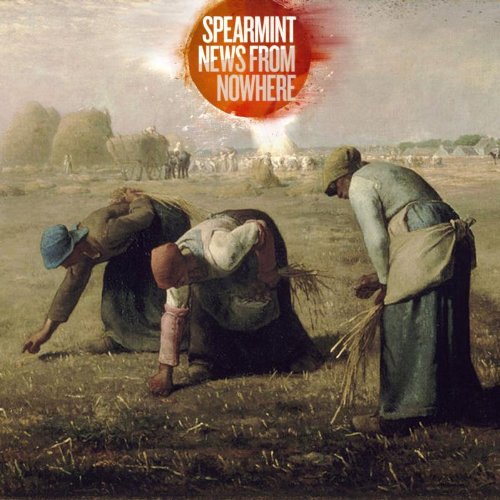 Spearmint: News From Nowhere (Hitback UK import) Must put in a plug for the latest set from the U.K.’s ever-underrated Spearmint–whose latest album is their first in eons (maybe 2006’s Paris In A Bottle?), coming after two excellent but deliberately sparser solo sets by the band’s lead singer Shirley Lee. The band still excels at punchy, melodic and character-filled pop tunes better than almost anyone’s, and this new set by no means disappoints. While nothing is likely to match their jaw-dropping 1999 album A Week Away—pretty much the best Britpop album ever—this new one carries with it the same degree of wit and melody, bringing only the newer political and environmental consciousness you’d expect after all these years, and a less-obvious fixation on human relationships. A remarkable band, and one still much in need of a publicity boost, Spearmint and all they entail can be explored here. 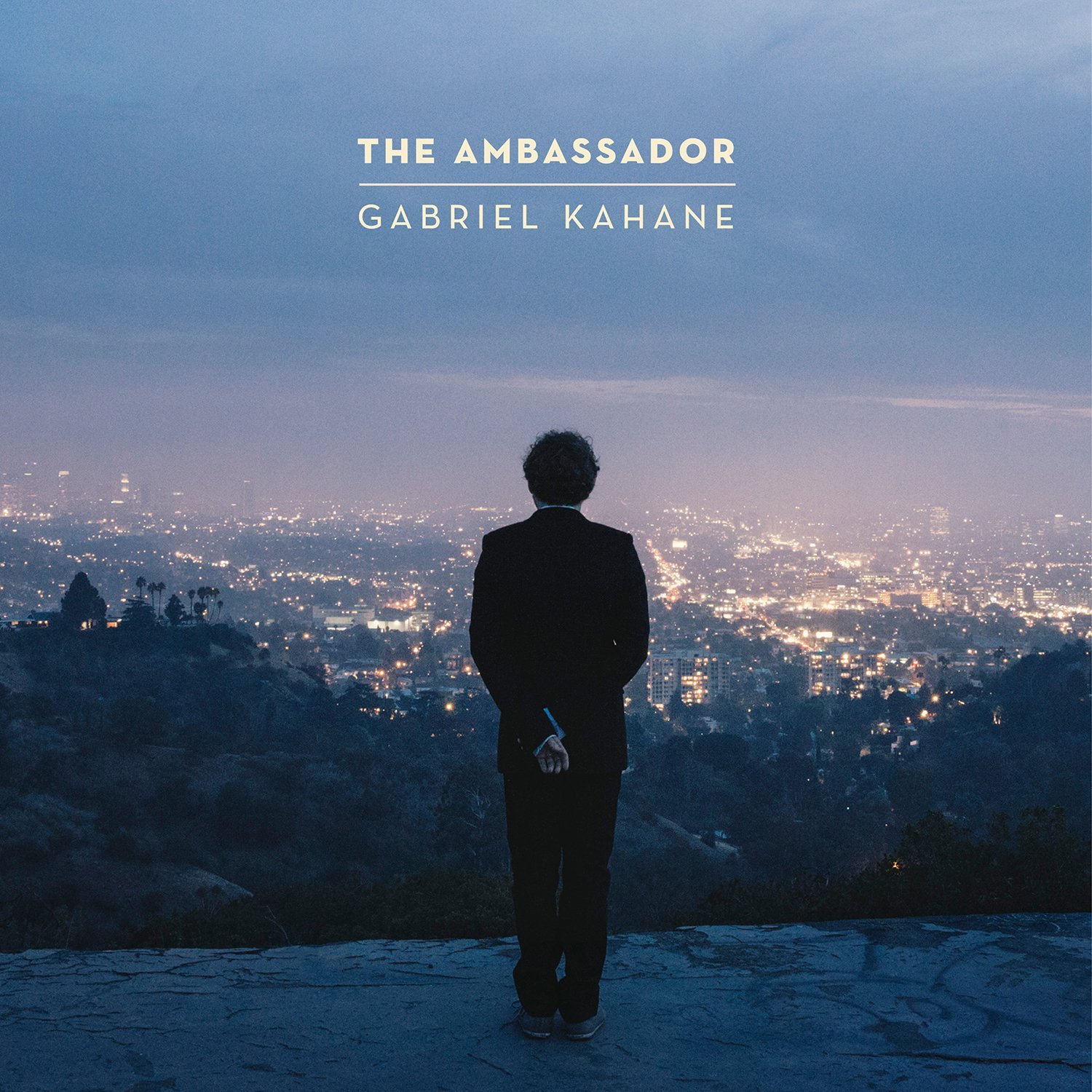 Gabriel Kahane: The Ambassador (Sony Music Masterworks) Just spent the day at a live performance shoot by this extremely talented fellow, overlooking the city of Los Angeles at the Griffith Park Heliport. Not coincidentally, it was exactly the same location displayed on the cover of this album—mid-morning, not evening—and the overall effect, an artistic statement about all that L.A. represents, or at least part of it, was surprisingly on the mark. A delightful, sophisticated album purporting to document aspects of the city through its architecture, well-known physical structures, and residents both real and imagined, The Ambassador is musically rich, oozing with intelligence, and quite a profound artistic statement for the conspicuously talented Kahane—who also writes classical and theatre compositions in his spare time. He’s startlingly good, and you should hear him. 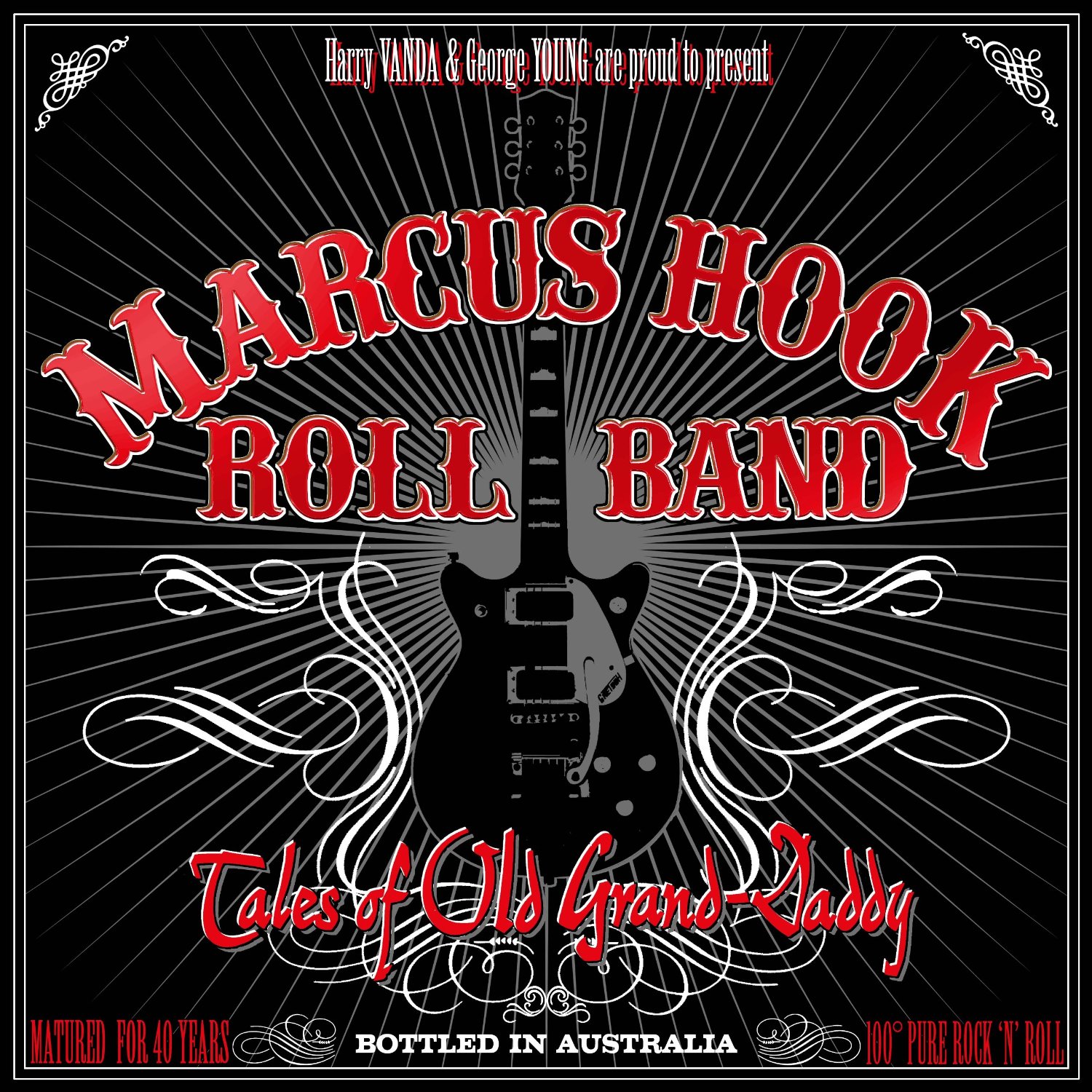 Marcus Hook Roll Band: Tales Of Old Grand-Daddy (Rhino) Exactly why this joyously rocking affair from 1973 is being reissued all these years may be unclear, but that it is—and that it sounds like spectacular, sharp and intelligent rock ‘n’ roll—is really all we need to know. The work of Harry Vanda and George Young, members of Australia’s legendary ‘60s rockers the Easybeats, the album and a few related singles came out in the States unheralded, shortly before and after Vanda & Young resurfaced in the similarly clever Flash & The Pan. Young’s AC/DC brothers Malcolm and Angus put in appearances here, which is no small thing, but sonically this really resembles the Easybeats album that might’ve come after 1969’s Friends, if one in fact had. An absolute pleasure, much worth a general hearing. 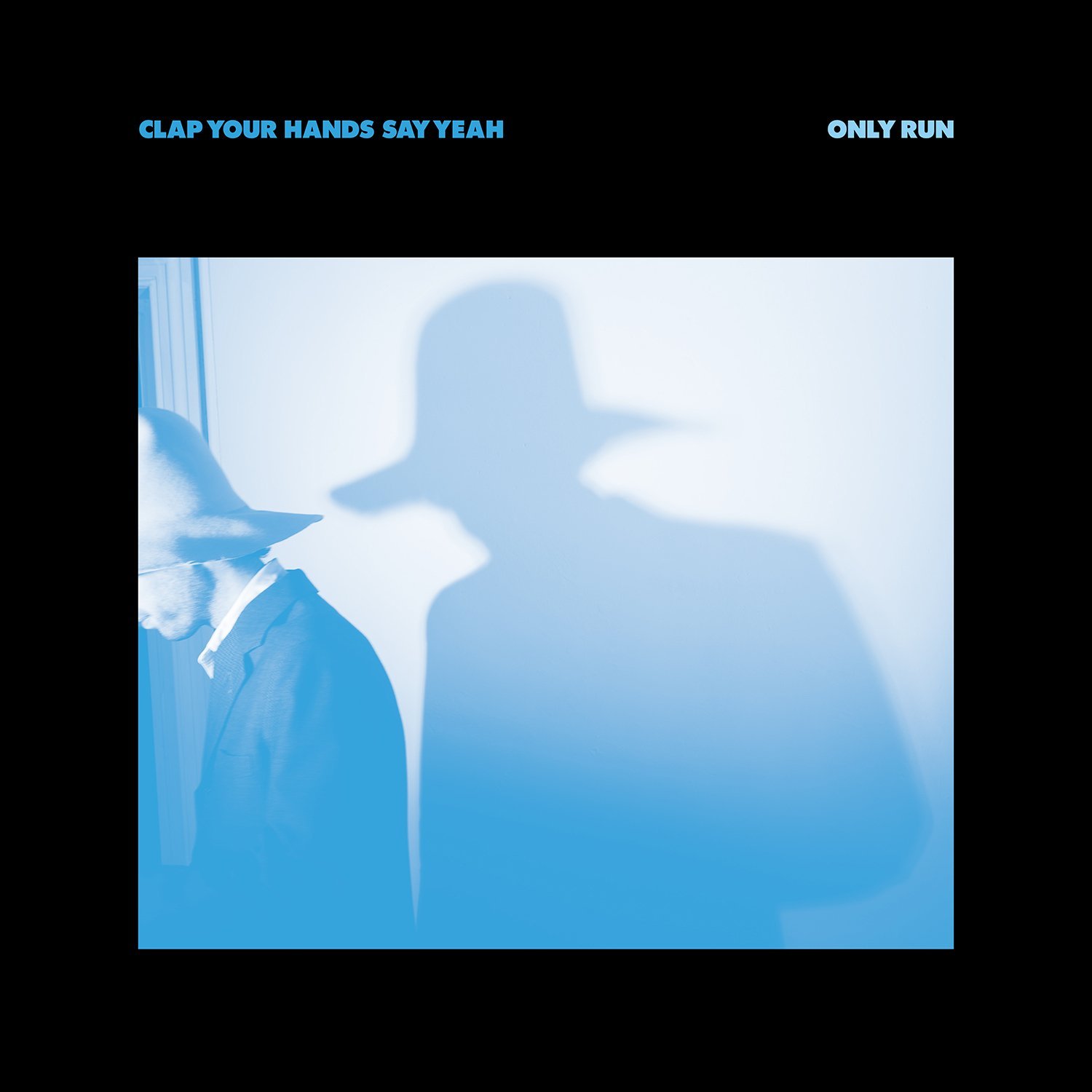 Clap Your Hands Say Yeah: Only Run (CYHSY) While they’ve been around for 10 years now and perhaps might be taken for granted—they were profiled by the trade press as much as the music press back then—there’s an awful lot of freshness in the Clap Your Hands Say Yeah camp, if Only Run is the indicator. Still driven by lead singer/songwriter Alec Ounsworth—most of the older band has departed—CYHSY are significantly helped here by a noticeable increase in keyboards and the invaluable mixing of Dave Fridmann, whose studio achievements keep stacking up. With a guest appearance by the National’s Matt Berninger, Only Run may be the group’s best showing since their 2005 debut and, happily, is unexpectedly substantial. Good show. 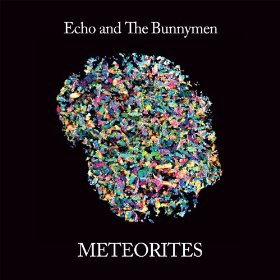 Echo & The Bunnymen: Meteorites (429) Anybody old enough to remember the “Crucial Three” reference that’s been a part of this Liverpool band’s mythology from their late ‘70s start knows that’s a reference to three players who’d go on to form the Bunnymen, the Teardrop Explodes, and Wah! On these shores, while the Teardrops might’ve held the greatest promise, only Echo & co. has had any lasting impact—and, of course, are still around, at least nominally. The combination of singer Ian McCulloch and guitarist Will Sergeant is still potent after all these years, and Meteorites is a more than respectable addition to band’s legacy. There is attitude, sonic sweep, and at least three or four sharp hooks to be had here, which are three of four more than many people might have expected. In a world of faint praise, things really could be much worse.