A Great Year For The Undead! - Rolling Stone
×
×

It’s been a few weeks since I’ve posted a new blog—mainly because new album releases tend to dry up as we approach the new year and, like most people, I like to stay at home with all the lights off during the holidays, be antisocial and dwell on a lifetime filled with regret and anguish!

Then I think about me, and things tend to lighten up!

But now it’s only appropriate to tear myself away from watching The Man from U.N.C.L.E.: The Complete Series DVD box set (105 episodes! 41 discs!)—really a fine, fine Christmas gift, no?—and explore all the best new music releases this year has to offer!

Ok, that’s that! Now let’s talk about everything else! 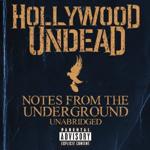 Hollywood Undead: Notes From the Underground (A&M/Octone) Certainly one of this year’s finest new releases, if only for its inclusion of the thought-proving folk ballad “Kill Everyone,” this latest release from mystery group Hollywood Undead—a colorful unit that go by pseudonyms, wear hockey masks, and are otherwise known, as their name implies, as still-living Hollywood celebrities–may be the album of the week! Rumored band members include Nick Lachey, Corey Feldman, Carrot Top, and…and…oh, God, why go on? It’s 2013, and these dudes simply have “approached the creative process with the same freedom that’s been embedded in their music and ethos since day one.” In other words, they’ve turned on a meat grinder, stuck their hands in, recorded the results, and now offer it up to all of us! Given the choice between hearing this fab new record and sticking a pair of icepicks in my ears, I’d easily choose this new album! 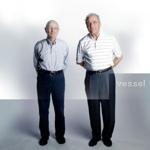 Twenty One Pilots: Vessel (Fueled By Ramen) My wacky work scenario called for me to actually pay attention to the music that these dudes make–if only for a moment—and I have to say I was fascinated! The duo—Tyler Joseph and Josh Dun—has somehow managed to take the most disagreeable and obnoxious aspects of the past decade’s “rap-rock” legacy, throw in some of the most aggravating melodic aspects of Linkin Park and Blink-182, and put together a new album that will surely make you want to decry ever liking rock ‘n’ roll at least three times before a cock crows! I found it sounds best if you fade it out after 20 seconds and just play Mystikal’s  “Shake Ya Ass” for a half-hour or so! Ordering pizza and beer helps, too! 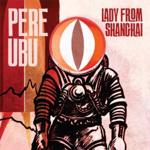 Pere Ubu: Lady From Shanghai (Fire) The sad truth is that this is indeed the week’s best new album, a fine return to form from the legendary Pere Ubu, who all these years later have managed to craft a typically fine set that sounds unexpectedly hip and trendy, thanks to a seven-minute opus titled “Mandy” and some other track that I believe samples Thomas Edison reciting “Mary had a little lamb” in 1878—a trick last successfully pulled off by the Vanilla Fudge on their 1968 The Beat Goes On set.—and sounds extraordinarily hip and contemporary! In fact, I would be willing to sit down and argue that modern-day rock ‘n’ roll reached its peak in 1978 with Pere Ubu’s The Modern Dance and has declined ever since—but doing so would win me no friends whatsoever and perhaps endanger my present-day job!  So I’ll just pretend I care about stuff! That usually works! 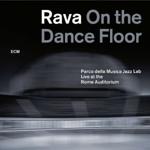 Enrico Rava: Rava On The Dance Floor (ECM) Italian trumpeter Rava, who’s recorded a string of superbly atmospheric jazz albums for the ECM label, returns here in highly unexpected fashion: A live set paying tribute to the works of Michael Jackson, of all people, and even more interestingly, focusing on the albums he finds most fascinating—History and Invincible, bless his heart. Featuring a young band and compelling arrangements by Mauro Ottolini, the album is an adventurous statement, highly listenable and likely to gain the trumpeter some new fans from unusual quarters. Recommended. 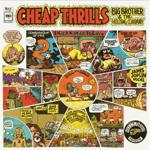 Big Brother & The Holding Company: Cheap Thrills (mono vinyl LP) (Columbia Legacy) There are many, many valid arguments to be had about the ultimate worth of vinyl LPs—not just when compared to CDs, but to the present-day notion of downloads and nothing more—and this week’s reissue of Cheap Thrills may be one of the best pro-vinyl arguments ever. Offered not only in mono—a format in which this classic 1968 album was rarely enjoyed—but, by nature, in its full 12”X12” double-sleeve glory, bearing its remarkable Robert Crumb cover illustration—the set is a thrilling, inspiring pop classic that, especially in its strong mono mix, masterfully displays Janis Joplin at her vocal peak and, no less importantly, depicts her band as a juicy, gloriously excessive rock ‘n’ roll unit. Though history has been less than kind to the memory of the original band’s legacy, this album and the Joplin-less ones that would follow offer evidence that Big Brother were themselves a musical treasure much worth exploring. If you haven’t heard them, I can think of no better starting place. Completely fabulous through and through. 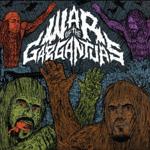 Philip H. Anselmo & The Illegals And Warbeast: War Of The Gargantuas (Housecore) If you’re like me, you’ll instantly feel compelled to pick up War Of The Gargantuas because you’ve had a long-lived fascination for Gorgo, his Japanese brothers Godzilla, Rodan and Mothra, and find any reference to them, however fleeting, a welcome reprieve to today’s non-stop news about fiscal cliffs, Samsung smartphones, and guys who mix $25 drinks for a living! This EP features two tracks from Pantera vocalist Anselmo, two tracks from Warbeast, and the opportunity to sit down, listen, and, for just a moment, ponder a world in which the Mysterians were granted a two mile radius strip of land and the right to marry the women of Earth! Heck—that would suck! 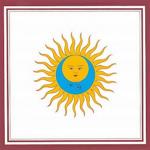 King Crimson: Lark’s Tongues in Aspic [Box Set, Limited Edition] (Discipline US) There are reissues and then there are reissues, and in the world of artists the likes of King Crimson—who have already established a supremely high standard—this latest set, devoted to their 1973 classic Lark’s Tongues In Aspic, is about as complete as these things can ever get. Incredibly consisting of 15—that’s right, 15—discs devoted to the marvelous work of the classic Crimson combo of Robert Fripp, John Wetton, Bill Bruford, David Cross and Jamie Muir, the limited-edition run of 7,000 is about as thorough a run-through of an album, or band, as any fan could reasonably expect. Featuring a variety of live performances, the complete studio album, the complete studio sessions, videos, DVD-A and Blu-Ray surround sound mixes crafted by both Fripp and Porcupine Tree’s resident  sonic guru Steve Wilson, a book, ticket stub replicas and more, the album is an embarrassment of riches that, given the quality of the work under examination, seems notably more complete than it does excessive, and a worthy look at one of pop music’s all-time classics. There’s enough here to spend weeks on, and that wouldn’t be a bad idea. Complete details can be found here, and you won’t believe the goods involved. Track it down! 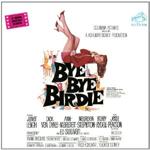 Original Soundtrack: Bye Bye Birdie (Sony Masterworks Broadway)  In my pre-adolescent years the Original Broadway Cast version of the music spent a lot of time on the family turntable—so much so that by the time the filmed version of the play hit the screen (1963), I was already familiar with the tunes—but, it should be said, not with actress Ann-Margaret, who added quite a bit to the viewing experience. This welcome reissue of the film soundtrack thus offers up some songs not included in the original version—not least the title track and the memory of its mind-searing delivery in the film—and is an absolute joy through and through. For those of a certain age, who at the time considered the Beatles “new” and Elvis Presley an oldies act, it brings back memories, warm associations, and a welcome return (via “Honestly Sincere” and “One Last Kiss”) of songs that rock regardless of their era. In all: a cultural jewel that, these days, is more welcome then ever. 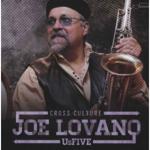 Joe Lovano: Cross Culture (Blue Note) Must put a word in here for the consistently great work put forth by saxophonist Joe Lovano, whose new album features his very talented band, a wealth of great original compositions, a version of Billy Strayhorn’s “Star-Crossed Lovers,” and an overall mood and feel that makes this one of his most memorable albums. Considering Blue Note’s historical status, that Lovano’s been a distinguished member of their roster for over two decades is no small thing. Sophisticated, smart, and very, very warm. 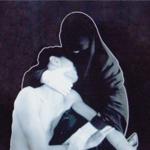 Crystal Castles: III (vinyl) (Casablanca) Most great albums make you think—and though I’ve given it a lot of thought, I’m still stumped! Is this their third album? Or is it called “ill” and the “i” is capitalized? And what the heck’s up with that cover? I bet it sounds cool!