It’s almost impossible to imagine the modern musical landscape without the distinctive sounds of the Roland TR-808 drum machine. When the Japanese electronics company Roland started releasing the 808 in the Eighties, the device quickly became indispensable within the burgeoning genres of hip-hop and dance music, while also adding a new texture to the world of R&B.

Today, the sound of the 808 is everywhere. “It’s kind of like milk, or water,” Bomb Squad producer Hank Shocklee says in the new documentary 808, available on Apple Music starting Friday. “You cannot make a record without having that 808 sound,” he continues. “It’s just not hip-hop. … Whatever record I was making, it wasn’t complete unless: ‘Yo, we gotta put the 808 in this shit.’ Bang! Now the record’s finished. I don’t care if it was a ballad. … It’s not complete. Put the 808 in it. OK, it’s hot now.”

Alex Noyer produced 808, which aims to track the machine’s remarkable rise. “I very much see the 808 as an underdog,” Dunn tells Rolling Stone. “It gets name-dropped as sort of a generic name for a beat. … What perhaps is less known is the story: where it started from, some of the key records and how that sound changed everything. We sometimes take the 808 for granted. It’s one of the most magical stories in music.”

The film is a testament to one machine’s wide-ranging appeal. It includes interviews with a multi-genre collection of heavy hitters, from the Beastie Boys to Jam and Lewis to Phil Collins; Arthur Baker, who produced Afrika Bambaataa’s iconic 1982 single “Planet Rock” and helped craft records for Hall and Oates and New Order, served as the film’s co-executive producer.

From watching 808 and speaking with Baker, here are eight things we learned about the ways the the drum machine changed music.

1. It allowed anyone a chance to become a producer.
You didn’t have to have any special musical training to program an 808 – you just had to be willing to take a risk and program the hardest, strangest beat around. A young Rick Rubin produced one his first records, T La Rock and Jazzy J’s “It’s Yours,” using an 808. “I was a fan of hip-hop,” Rubin notes in the movie. “The hip-hop records I was hearing at the time didn’t really reflect what was going on at the club.” So he decided to make his own. “I really didn’t know anything at all,” he says, but thanks to the 808, he didn’t need to.

3. It injected a new level of power into pop music.
One of the first hits to incorporate an 808 was “Planet Rock.” “[The 808] has this low end that couldn’t really hear,” Baker says in the film. “You didn’t know it was there, and then it would just blow up a speaker.” By channeling this potent sound into “Planet Rock,” he immediately felt he had helped create something remarkable: “I went home and I told my wife at the time, ‘We made musical history,'” he tells Rolling Stone. “That was before the rap was on it. I just knew that it was something different we had done. I was really confident about it.”

4. It altered pop’s sense of sonic space.
At a lecture in 1979, Brian Eno discussed a transition point in the composition of pop music. “If you listen to records from the Fifties,” he explained, “you’ll find that all the melodic information is mixed very loud – your first impression of the piece is of melody – and the rhythmic information is mixed rather quietly. … Then, from the time of Sly and the Family Stone’s Fresh album, there’s a flip over, where the rhythm instruments, particularly the bass drum and bass, suddenly become the important instruments in the mix.”

When producers started using drum machines, the importance of rhythm was further intensified. “It created a different space sonically in music,” Damon Albarn asserts in 808. “The relationship between the bass and the snare became something entirely different.” 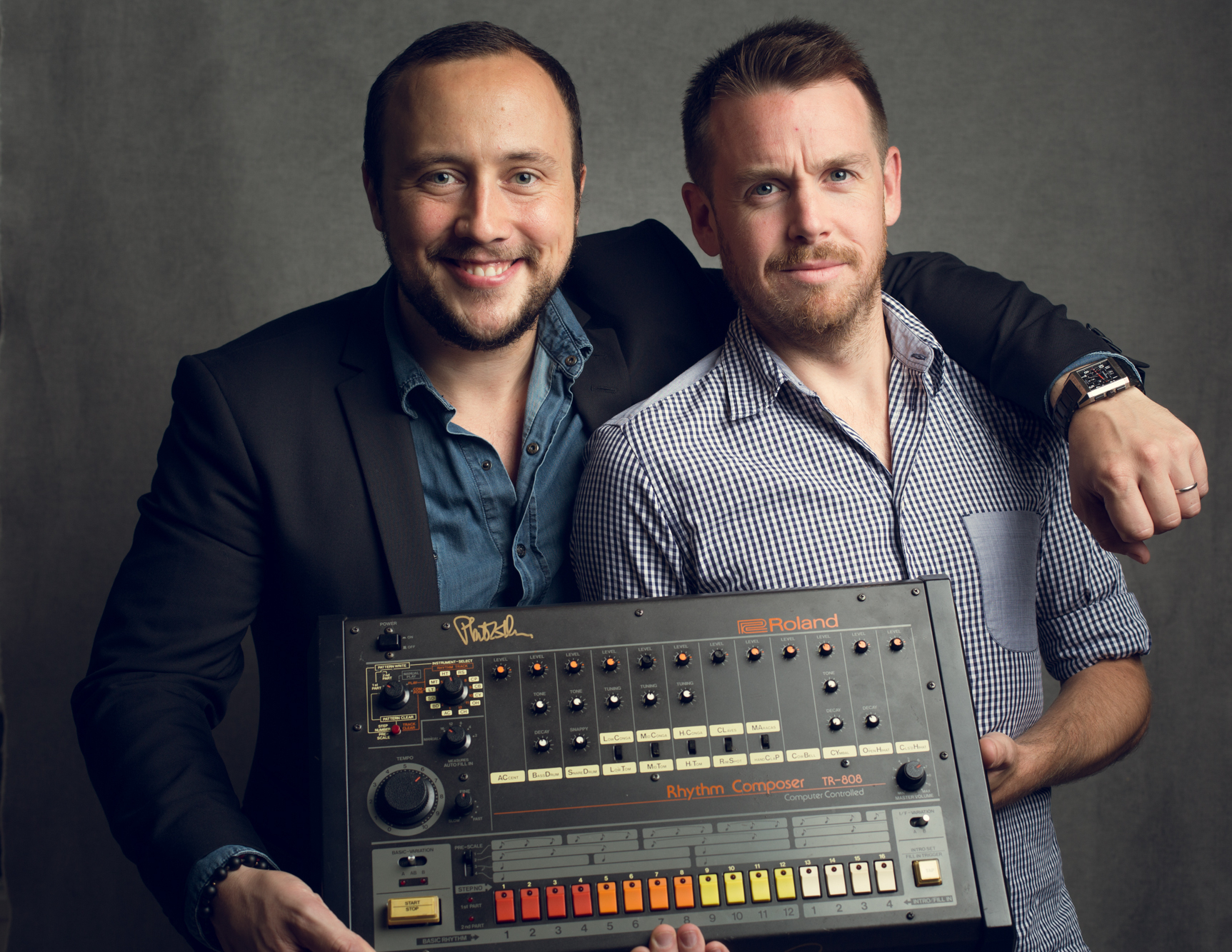 5. It was endlessly adaptable.
The 808 could make a variety of sounds, and each of these could be adjusted in various ways. “One year my favorite sound was the rimshot,” Baker says. “A year later, it could be the toms. Each sound is so unique. They come into vogue and out of vogue. For a while you couldn’t use the cowbell. Just when you think you’ll never hear a record using that cowbell, a record will come out [with it] and blow your mind.”

Initially, producers focused on the 808 as a source of percussion. But by tuning the drum sound to full decay, Rick Rubin discovered that the 808 could be used to create bass lines. This technique was taken to new levels by the rap group Original Concept, and then by Miami Bass producers.

6. It was relentlessly repetitive.
But just as the machine could produce a myriad number of strange sounds, it could also just play the same thing over and over. “You try to get a drummer to play something simple for 10, 15 minutes, he won’t do it,” Phil Collins says in 808. “We get bored … [drummers] want to show they can do more than that. A drum machine, as long as you turn it on and turn it off, it’ll just play that forever.” This helped hip-hop perfect the art of the loop, just as it made it easier for techno and house producers to program unwavering tracks that lasted far longer than your average pop song.

7. It inspired rappers to change their flow.
The MCs involved in “Planet Rock” were stymied by the 808-driven instrumental. “The rappers hated it,” Baker remembers. “They didn’t know what to do with the beat. They had to go back home and rewrite [lyrics]; that’s why we had no vocal on it the first night. They couldn’t rap over it, because it was really uptempo. They ended up having to rap half-tempo. Everyone does that now; at the time that was very different. Run-DMC totally copied that on their track ‘It’s Like That.’ Same style of rap.”

8. It helped break down the walls between genres.
As the 808 helped define various branches of pop, it also served to bring these disparate camps together. Lil Jon appears in 808 to discuss his production on Usher’s smash hit “Yeah.” “It was an R&B singer singing over an 808 — and, really, a dance single,” Jon notes. “Nobody had bridged those worlds before me. It appealed to people in the ‘hood, ghetto motherfuckers, [and] to pop motherfuckers. That’s a wide variety of people to appeal to. To appeal to super-pop and super-hood? That’s amazing.”