The mystery is over: 47 years after they were recorded in a cinderblock-walled cellar near Woodstock, New York, Bob Dylan‘s much-circulated home recordings with the Band are finally being released in full. The six-disc The Basement Tapes Complete: The Bootleg Series Vol. 11 collects every original, cover, alternate take and fragment from those mythical months when Dylan was in seclusion but still creating new music. The back story, myths and legacy of the tapes are explored in Rolling Stone‘s current cover story (out this week) but so many legends exist that they couldn’t all be contained in one article. Here are a few things we learned and didn’t have room to include.

The Murk and the Mystique: Greil Marcus on 'The Basement Tapes'

Reel-to-reel tapes from nearly five decades ago have held up better than you’d think.
“Holding them is an entirely different story – I can promise you that,” said Canadian archivist Jan Haust, whom the Band’s Garth Hudson entrusted with maintaining the tapes. True enough. The long-undercover tapes, moved from Hudson’s house in Woodstock to a climate-controlled room in Toronto, barely a look a day over 30: They are still largely grayish, the plastic reels are intact and even most of the cardboard boxes they were housed in remain fairly put together. The same can’t always be said of vinyl LPs from the same era.

There’s a reason the original 1975 Basement Tapes collection doesn’t contain some of the tapes’ greatest hits.
According to engineer Rob Fraboni, who worked on that initial compilation with the Band’s Robbie Robertson, the decision to leave off “I Shall Be Released” and “Quinn the Eskimo,” among others, was Dylan’s. “He said, ‘They’ve already seen the light of day and there’s nothing mysterious about them anymore – let’s leave them off,'” Fraboni says. “It’s as simple as that.” (Dylan cut a new version of the former for Greatest Hits Volume II in 1971 and released a live version of the latter on Self-Portrait in 1970.)

It took The Basement Tapes to make Jim James a Dylan fan.
My Morning Jacket’s frontman – who contributed to Lost in the River: The New Basement Tapes, fresh songs featuring unrecorded Dylan lyrics from the same period – admits it took him a while to click into Dylan. “The harmonica is so loud,” he says. “It distorted my brain.” He was similarly underwhelmed by the Band’s Music From Big Pink: “It seemed weird to me,” he says. It took the official release of the long-bootlegged Royal Albert Hall show from 1966 (actually taped at the Manchester Free Trade Hall, but that’s another story) to change James’ mind. “I loved a few Dylan songs before, but that album is a masterwork,” he says. “That opened the doorway for me to love Desire and Blood on the Tracks.” The original Basement Tapes album from 1975 put him over the top. “I fucked loved it, he says. “It’s like they opened the door, and you got to be in their own little room.” 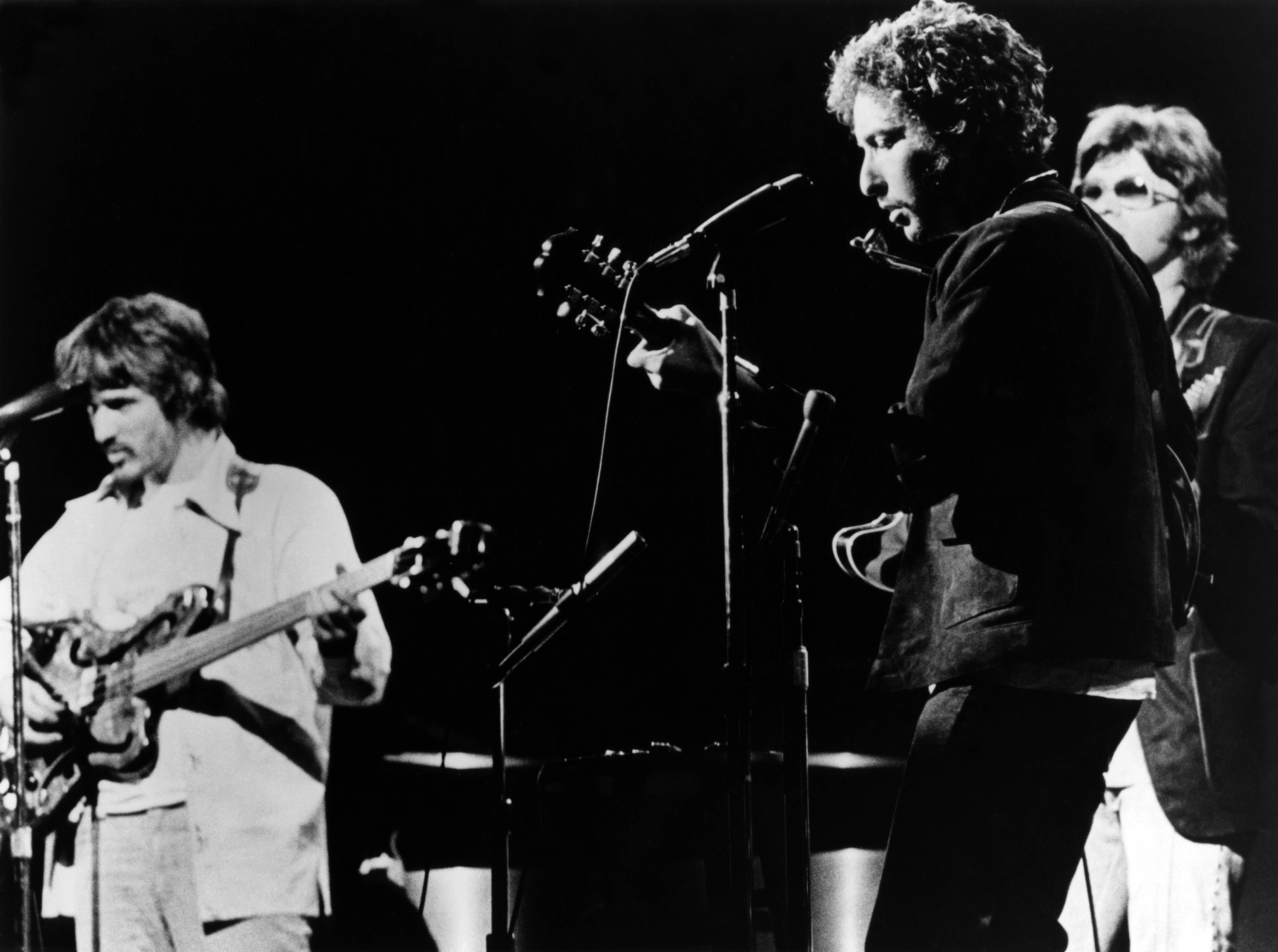 The Basement Tapes really were a way for Dylan to earn some extra cash.
Thanks to his 1966 motorcycle accident, Dylan wasn’t able to complete the rest of his 1966 tour with the Band (then called the Hawks). So he wrote these songs partly as a way to earn a living. “That’s the truth,” says a source close to the box set project. “I’ve talked to him about it. There wasn’t a single moment when he thought these things would ever be released. They were just made so other people could cover them. They were pushing him to write more songs.”

Dylan didn’t exactly compliment the many artists who covered songs from The Basement Tapes.
Manfred Mann, the Brit Invasion rocker who had a hit with “The Mighty Quinn (Quinn the Eskimo),” says he never heard any feedback from Dylan, although Dylan did later say in an interview that he liked the band’s version. Same with Roger McGuinn of the Byrds, who covered two of the basement songs (“You Ain’t Goin’ Nowhere” and “Nothing Was Delivered”) on the landmark Sweetheart of the Rodeo album. McGuinn only realized Dylan heard them – and knew that McGuinn had accidentally messed up a bit of the lyric in “You Ain’t Goin’ Nowhere” – when, a few years later, Dylan cut his own remake of the song and inserted McGuinn’s name as a way to rib him. “Until then, I didn’t even know he noticed that I screwed up the lyrics,” McGuinn says. “But it was a big honor, of course, to be named by Dylan in a song.”

Dylan and the Band showed some serious country music love back then.
The Basement Tapes Complete includes covers of songs by Johnny Cash, Hank Williams and A.P. Carter of the Carter Family. But even more interesting is the Toronto reel-to-reel that has “Charley Rich” [sic] written on it with a piece of tape. Apparently, either Dylan or one of the Band made their own dub of one of Rich’s albums. This was years before the general public discovered the singer through his 1973 crossover hit, “The Most Beautiful Girl.”

The Basement Tapes were the birth of lo-fi.
These days, it’s almost normal to record an album in a bedroom, a house, on a boat – anywhere except an official, antiseptic recording studio. By taping songs in a basement, Dylan and the Band pioneered that anti-slick sound and made it cool for generations to come. “All you have is a cassette recorder?” says Jim James of his own early home demos. “Great. You can still make a great record and not worry about sound quality. The Basement Tapes let me know that that’s okay.”

The celebrated basement isn’t quite underground.
Located on the street level of the famed Big Pink house, the space is accessible by way of a garage door. (Most people enter through the front door of the house and walk down stairs.) On one of the reel-to-reel tapes, Hudson wrote, “Bob Cellar.” But “The Cellar Tapes” doesn’t sound as good, does it?