50 Years of 'Rubber Soul': How the Beatles Invented the Future of Pop - Rolling Stone
×

Happy 50th birthday to Rubber Soul, the album where the Beatles became the Beatles. It was the most out-there music they’d ever made, but also their warmest, friendliest and most emotionally direct. As soon as it dropped in December 1965, Rubber Soul cut the story of pop music in half — we’re all living in the future this album invented. Now as then, every pop artist wants to make a Rubber Soul of their own. “Finally we took over the studio,” John Lennon told Rolling Stone‘s Jann S. Wenner in 1970. “In the early days, we had to take what we were given, we didn’t know how you could get more bass. We were learning the technique on Rubber Soul. We were more precise about making the album, that’s all, and we took over the cover and everything.”

Rubber Soul was the album where the moptops grew up. It was also where they were smoking loads of weed, so all through these songs, wild humor and deep emotion go hand in hand, like George Harrison and cowboy hats. (No rock star has ever looked less stupid in a cowboy hat than George on the back cover.) In addition to everything else it is, Rubber Soul is their best sung album. You can have a great time just focusing on the background vocals: Paul McCartney’s harmonies on “Norwegian Wood” are as rugged as John ever sounded, while John’s backup vocals to “Drive My Car” and “You Won’t See Me” prove he could come on as cute as Paul. It will always be my favorite Beatle record — even if Revolver is actually a little better. (I’ve made my peace with that contradiction.)

If there’s a theme, it’s curiosity, the most Beatlesque of emotions, and specifically it’s curiosity about women, the most Beatlesque of mysteries to be curious about. Rubber Soul has the coolest girls of any Beatles record. “Girl,” “I’m Looking Through You,” “If I Needed Someone” — these are complex and baffling females, much like the ones the Beatles ended up with in real life. No happy romantic endings here, with the notable exception of “In My Life” — but even when the girls are way ahead of them, the boys spend the album straining to keep up. Baby, you’ve changed.

Did anyone before Rubber Soul sing about female characters like this? No, they didn’t. For one thing, these women have jobs, and this is 1965. The L.A. scenester who hires Paul as her driver, the independent woman too busy with her career to return his phone calls, the Chelsea girl who gets up early for work in the morning, even though she’s got John sleeping in her bathtub. (You’d think she could call in sick for that.) In late 1965, my mom, an eighth-grade public-school teacher in Massachusetts, got fired for getting pregnant (with me), because that’s how things worked back then. The very idea of women having careers was a social controversy. But for the world’s biggest pop stars, it was nothing to get hung about. 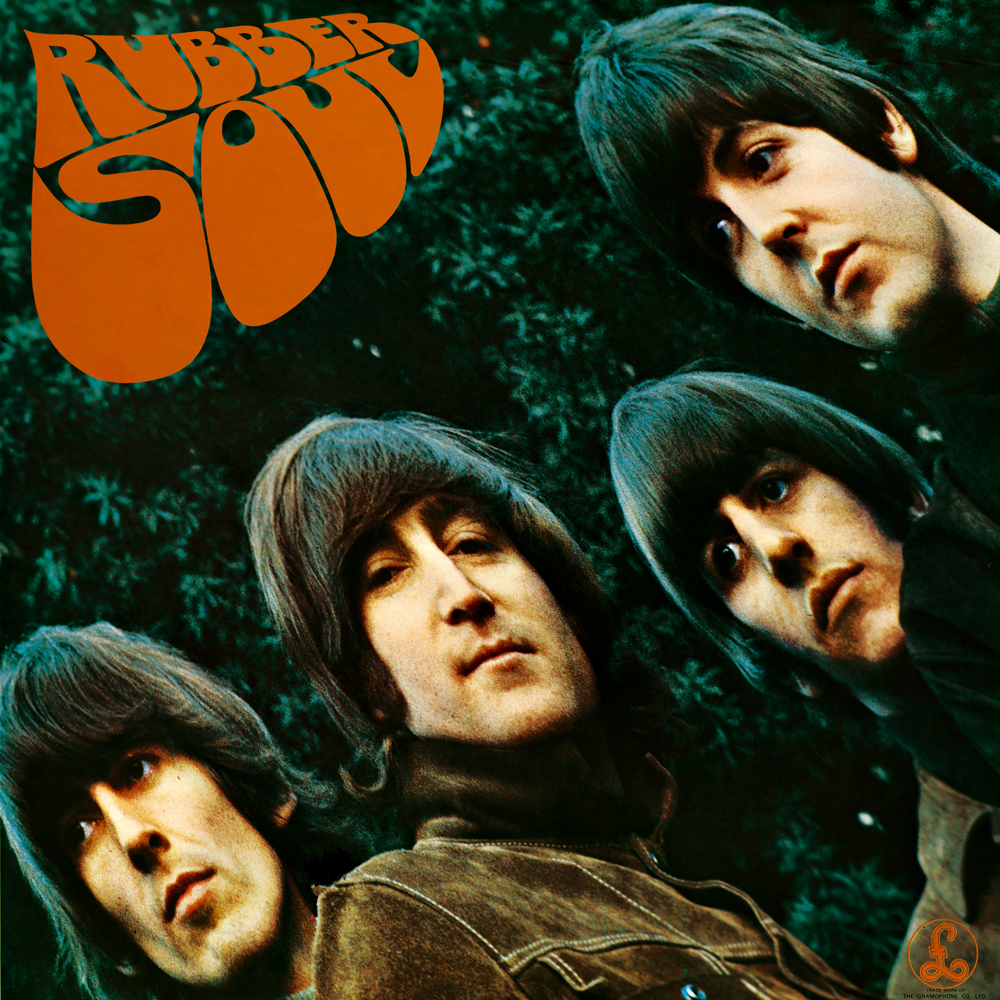 The Rubber Soul woman stays up late drinking wine on her rug after midnight, until it’s time for bed. She speaks languages he can’t translate. (“I love you” in French is just “je t’aime.” It’s not that hard.) She’s not impressed by the Beatle charm — when you say she’s looking good, she acts as if it’s understood. She’s cool. She makes the Rubber Soul man feel like a real nowhere boy. Yet even the sad songs here are funny. (Including the self-parodic machismo of “Run for Your Life,” a song Nancy Sinatra turned into a gangsta classic.) I love the moment in “Wait” when Paul’s girl asks point blank if he’s been faithful on the road. “I’ve been good/As good as I can be” — riiiiiight. “Wait” is the song that totally explains why Paul was Bill Clinton’s favorite Beatle.

Even the American version is a classic — this is the only Beatles album where the shamefully butchered U.S. LP might top the U.K. original, if only because it opens with the magnificent acoustic one-two punch of “I’ve Just Seen A Face” and “Norwegian Wood.” I still can’t decide which Rubber Soul is my favorite, having had a mere lifetime to make up my mind.

Given the album’s impact over the past 50 years, it’s startling to note how fast and frantic the sessions were. The Beatles didn’t go into the studio with a mystic crystal vision to express — they went in with a deadline. They had to supply product for the 1965 Christmas season, which meant crunching it out in four frenzied weeks, from October 12th to November 12th. So they holed up in Abbey Road around the clock, pouring out music as fast as they could, holding nothing back. They were willing to try any idea, whether it turned out brilliantly (the sitar, the harmonium) or not (the six-minute R&B instrumental jam, which they wisely axed). They wrote seven of the songs in one week.

But with their backs against the wall, working under this pressure, the Beatles produced an album that was way ahead of what anyone had done before. Since these guys were riding new levels of musical fluidity and inspiration, firing on so many more cylinders than anybody else had, they stumbled onto discoveries that changed the way music has been made ever since. It was an accidental masterpiece — but one that stunned the Beatles into realizing how far they could go. After that, they went full-time into the masterpiece-making business.

Yet unlike some of their later artistic statements, this one was fun to make, and it shows. As Paul recalled, “Part of the secret collaboration was that we liked each other. We liked singing at each other. He’d sing something and I’d say, ‘Yeah,’ and trade off on that. He’d say, ‘Nowhere land,’ and I’d say, ‘For nobody.’ It was a two-way thing.”

Just as George had never explored the sitar before, Ringo Starr had never played so fiercely — “Drive My Car” looms large in his legend, up there with “Rain.” (Listen to him in the last bar before the chorus — every time it rolls around, Ringo slays with something different.) His drumming on “In My Life” is pure brotherly empathy — it sounds like he’s giving John the courage to push on to the next line. It’s impossible to imagine “In My Life” without Ringo in it, which is just one of the reasons every cover version falls flat. Ringo even scored his first songwriting credit for the throwaway “What Goes On.” Asked in 1966 what he contributed, he said, “about five words.”

You can hear the team spirit behind the album in the studio banter from the late-night “Think For Yourself” sessions of November 8th. John, Paul and George stand around the microphone, rehearsing three-part harmonies, but laughing too hard to get it right. John, holding a guitar, stumbles on the words. “OK, I think I might have it now,” he announces. “I get something in me head, you know, and all the walls of Rome couldn’t stop me!” All three keep up a nonstop stream of chatter. John slips into a mock-preacher voice. “It’s Jesus, our Lord and Savior, who gave his only begotten bread to live and die on!” Paul and George get in his face, yelling “Why such fury? What is this wrath that beholds you?” They gasp with laughter until John mutters, “I can’t go on, I really can’t. Come on, let’s do this bleedin’ record.” They try another take. They don’t get this one right either.

George Martin’s ready for another try. John looks around and asks, “Paul?” Where is Paul? He’s ducked into the bathroom to sneak a quick puff of weed — still playing the naughty schoolboys, the Beatles don’t dare light up in front of Mr. Martin, though they’re not fooling him for a minute. When Paul comes back, his voice sounds a little giddier. “I just got in from Olympia. I lit the torch!”

You can hear it in the Beatles’ voices tonight — they thrive on each other’s company, tuning into some wavelength nobody else can get. The street date is less than a month away — yet they don’t sound worried. In fact, you might even suspect they’re having fun. When John heads off to the loo, he sings one of the band’s earliest ditties, the one George sang on their first album, “Do You Want to Know a Secret?” Though that song was barely three years ago, its coy innocence seems a lifetime away.

But John has changed the words a little, snapping his fingers as he sings out loud. “Do you want to hold a penis? Doo-wah-ooo!”

The Beatles went down to the wire with one final all-nighter — a marathon session from 6 p.m. to 7 a.m., on November 11th. They rose to the occasion by showing up with two of their greatest disenchanted love songs: Paul’s “You Won’t See Me” and John’s “Girl.” Their voices sound weary, yet that just adds the rough Dylan-esque tone they were hoping for. By dawn, it was all over but the mixing.

Those four faces were peering out from record racks a few weeks later, in Robert Freeman’s classic distorted cover photo. For the first time, the band name was nowhere to be seen—only those cocky mugs. The four scared kids who looked so miserable a year earlier, on the cover of Beatles for Sale? Now brimming with arrogance. On fire with belief in their new music. Using instruments nobody can pronounce. Not really caring if you liked the old songs better. Full grown men, full of emotion and on top of the world. Meet the Beatles.