2016 Predictions: Our Best Guesses for Next Year - Rolling Stone
×
×

Here’s a weird thing about the music business as 2015 comes to an end: It isn’t going too badly. By mid-year, concert-ticket prices went down, according to Pollstar, while sales for the Top 100 shows were up 39 percent. And while traditional CD sales and downloads are down, Spotify, Apple Music and the other streaming services are growing quickly, to the point that even skeptical artists like Taylor Swift and Radiohead’s Thom Yorke will soon have no choice but to contend with them. And even if you think streaming “just gives off a fume” and “you can just smell that something’s wrong with it,” as Joanna Newsom recently said, well, the traditional record business came roaring back in November, as Adele sold 3.38 million copies of 25 the old-fashioned way in one week.

Of course, terrible events overwhelmed music by year’s end, as terrorists stormed Paris and devastated an Eagles of Death Metal show at the Bataclan concert hall, killing 89 people there who’d done nothing but showed up to see a band they liked. It’s too early to say how this will impact music and the music business, but U2’s poignant shows recently suggested Parisians, and music lovers everywhere, will be resilient. In 2016, here’s hoping nothing like this ever happens again. And maybe some of the good times continue. And maybe some of this will come true:

1. Paris will get bigger concerts than ever
Many artists will want to play there to show support for the community and prove Eagles of Death Metal didn’t play the last note of rock and roll. Although tickets for Paris concerts fell 80 percent after the terrorist attacks in November, U2’s uplifting December performance, including emotional guest appearances by EODM and Patti Smith, is likely to reopen the door. As EODM’s frontman, Jesse Hughes, said in an interview: “Our friends went to see rock and roll and died. I want to go back there and live.”

2. Metal detectors everywhere
Although it’s unlikely airport-style metal detectors would have prevented terrorists with Kalashnikov automatic rifles from storming the Bataclan, frightened fans will undoubtedly expect the concert business to do something to ensure their safety. The easiest solution is probably metal detectors —uncovering even one unauthorized weapon at an event would be a victory, even if such a change would likely mean longer lines and higher prices. 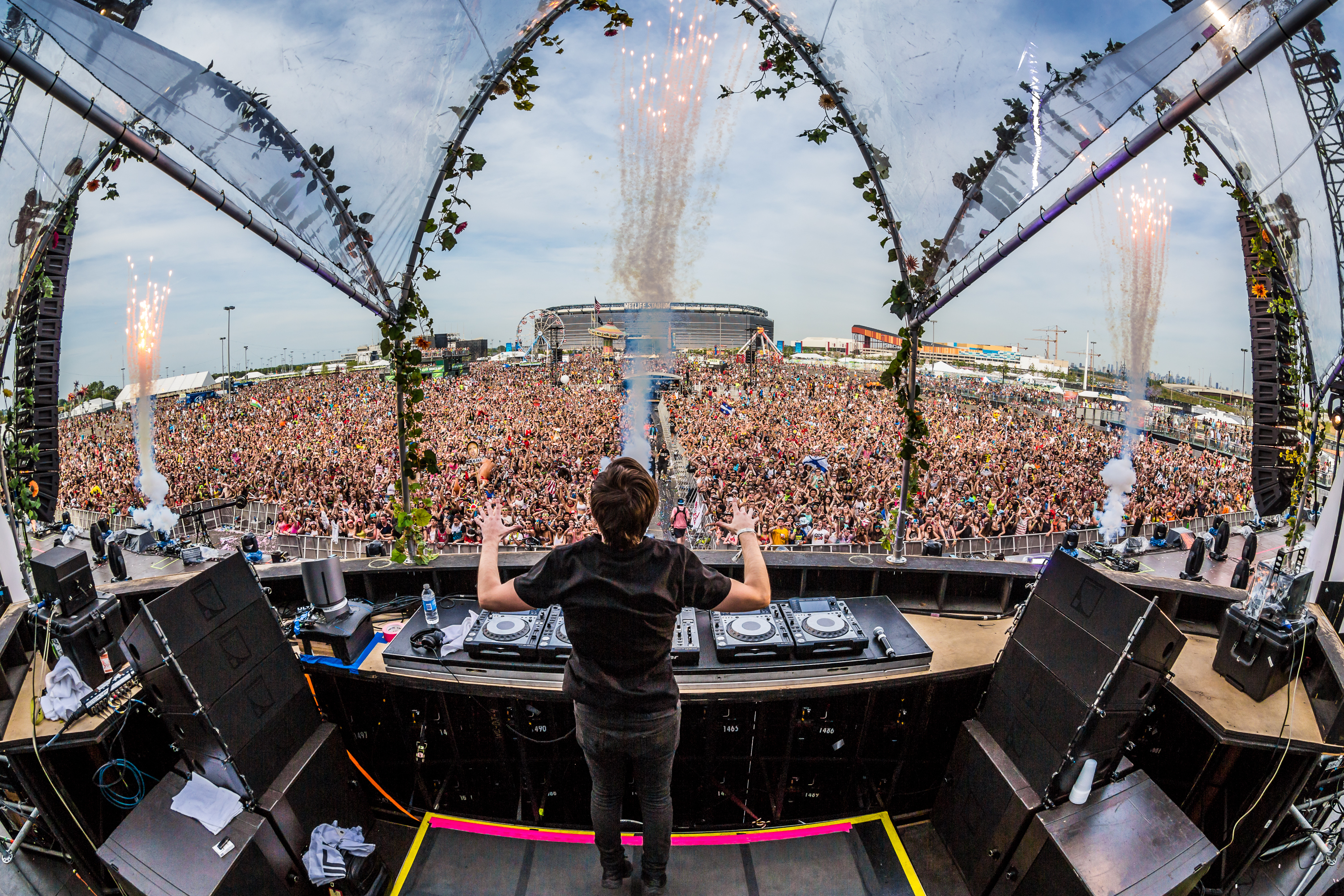 4. Spotify will finally cave on freemium
Taylor Swift is the biggest of many artists who’ve demanded the right to decide whether their releases appear on Spotify’s $10-a-month Premium service or its free, ad-supported service. Spotify has rejected all such demands — free is a crucial reason for how the service has built up to 75 million worldwide users. But in Coldplay’s recent talks with Spotify about releasing their new album A Head Full of Dreams, the service reportedly was receptive to making it available only on Premium, at least for a while. That discussion could be the beginning.

5. Apple Music will improve
When Apple launched its on-demand music-streaming service in the fall, fans complained bitterly about technical glitches, like one in which the iCloud Music Library overrode data in their existing iTunes libraries. Apple has fixed many such issues, but the service remains confusing (searching playlists in the “For You” section is surprisingly cumbersome) compared to something as simplistic as rival Spotify or, say, the iTunes Music Store. But Apple has a reputation for overhauling wonky services — remember, the iPod didn’t truly catch on for two years, until it seamlessly synced with iTunes.

6. Rihanna will avenge her 2010 touring debacle by selling out stadiums (again)
Rihanna, along with Lilith Fair and the Jonas Brothers, was one of the victims of the Disastrous Summer of 2010. She priced her tickets too high and wound up canceling shows. But unlike Lilith and the Jonases, Rihanna has turned into one of music’s biggest stars since then, and she played arenas and a few big European stadiums in 2013. She’ll repeat that plan, only bigger, beginning this spring — in June, she headlines London’s massive Wembley Stadium. Will she sell out? Good seats are still available for many dates — but when she releases her long-awaited Anti album, she’ll add a major publicity push. 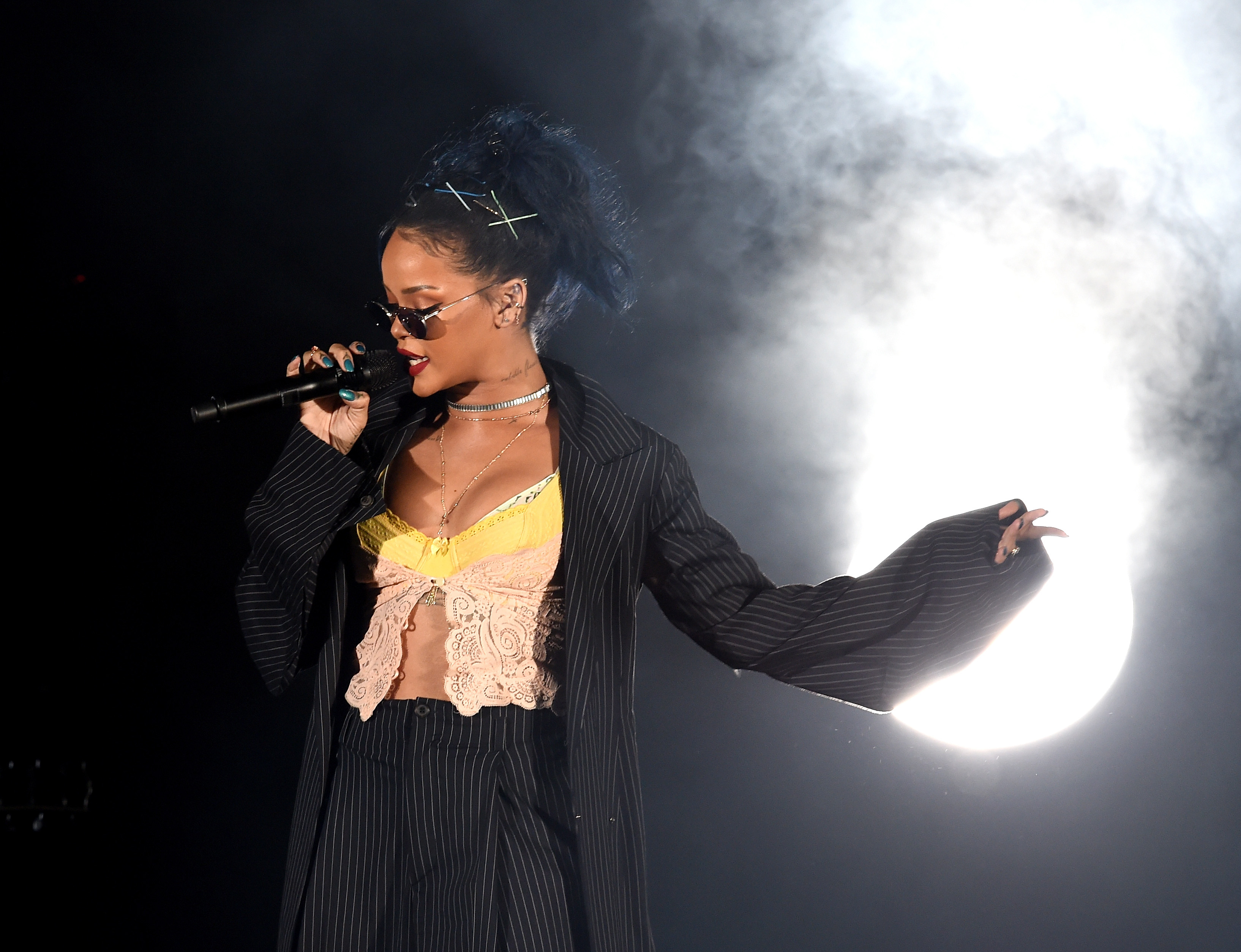 7. Resale ticket prices will continue spiraling out of control
Just about everybody is in on the multibillion-dollar secondary market these days, including Ticketmaster’s TM+, which allows fans to scalp tickets on the same page where they buy tickets via primary on-sales. Yes, as StubHub officials say all the time, if supply is high and demand is low, some tickets will sell lower than face value. But tons of tickets are impossible to find at reasonable prices. Seats for Adele’s European tour are going for as much as $3,200 apiece, despite the singer’s best efforts to keep them out of scalpers’ hands.

8. Colorado, Washington and other legal-pot states will get more big tours than ever, and artists will stay extra days
When Future and Ty Dolla Sign perform in Denver next March, they’ll have conspicuous off-days before and after their concert. Routing coincidence? Possibly. On the other hand, DJ Whoo Kid, the longtime 50 Cent collaborator who played a Denver 4/20 event in 2015, said of Colorado in the Wall Street Journal: “We go there a day early for the show, and we stay another day, then we leave. It’s really three days for one show. Might as well relax and smoke and chill out.”

9. EDM will … stay roughly as big as it currently is
Is electronic dance music still huge? Yes, if you look at the attendance numbers for Electric Daisy Carnival — it has sold out more than 400,000 tickets for its three-day Las Vegas event next June. No, if you believe James “Disco Donnie” Estopinal, founder of a company that does 1,000 annual dance-music events, who estimates sales growth has dropped from 30-40 percent during the 2011-2013 boom years to 10-20 percent today. “The curve’s slowed down a little bit,” he says. The truth is probably somewhere in the middle. Unlike disco, which crashed in the Seventies, dance music has been around too long to stop abruptly. “EDM is in its infancy,” predicts Robert Sillerman, who runs top concert-promotion company SFX. “It will morph over the next 20 or 30 years, just as rock & roll did.”

10. The Who will celebrate the 50th anniversary of “My Generation” by playing “My Generation,” a song that did not die before it got old.
And because The Who didn’t get a chance to play it in North America this year due to singer Roger Daltrey’s virus, you can expect the rock-era chestnut to roll out in rescheduled shows next year.

11. Janet Jackson will poignantly cover a Michael Jackson song at the O2 Arena in March
When her older brother, Michael, was still alive, Janet occasionally competed with him in the Nineties for pop-star dominance, although she never stopped telling the world about his influence. Her latest album, this year’s Unbreakable, is a King of Pop homage right down to the voice, and it’s hard to imagine Janet completing her March 31st O2 performance without recognizing him in some way. The O2, of course, is where MJ would have made his triumphant concert comeback on the This Is It tour had he not succumbed to a propofol-induced heart attack in 2009. It’s not the sort of thing Miss Janet normally does, but perhaps she’ll make an exception — “Dangerous,” anybody?

12. Holograms will bust
Hologram USA, a company that specializes in illusions to make it seem like dead rock stars are appearing live onstage, has signed deals with the estates of Whitney Houston and comedians Redd Foxx and Andy Kaufman, and has rights for Buddy Holly and Patsy Cline, for 2016 tours and beyond. But no dates are set, and the company and its rival are tied up in patent litigation. As much as we’d love to see this classic Arthur episode come to life, holograms seem more a novelty than a trend.