This was more than just a great year for pop — 2015 was the year teen pop grew up. All over the radio, yesterday’s Disney moppets kept mutating into arty, angsty, confident grown-ups, as their music kept expanding both sonically and emotionally. Pop artists are making much savvier rock-star moves than actual rock stars these days, whether that means Justin Bieber making his teary-eyed EDM comeback or Miley Cyrus dropping a psychedelic concept album about her dead pets, One Direction saying farewell or Selena Gomez going Full Ronstadt or 5 Seconds of Summer banging their heads or Alessia Cara ruining your party. If you love pop for garish personalities and high-stakes emotional excess and dodgy decisions and crazed energy, these stars made it one wild year. Baby, we’re perfect.

Compare the Miley and Bieber albums — both personal statements, both risky moves, autobiographical to the point of indulgence, trying out tricks swiped from their elders. Miley can’t shut up about weed and Bieber can’t shut up about God, but they both testify about being confused young people fighting to break free of their twisted pasts. Even if they couldn’t sound less alike, both feel like records that could only happen right now. (And weirdly, both sound hugely influenced by Talking Heads’ Remain in Light, proving that pop stars these days will try anything — the electro-screeches in Bieber’s “Sorry” and “Where Are Ü Now” sound exactly like Adrian Belew’s art-rock guitar. The heat goes on.)

It just adds to the weirdness that so many of these stars sing about breaking up with each other — like the fact that the no-good dude Selena tramples in “Same Old Love” might be the Bieber who weeps for her in “Sorry.” Or the fact that Taylor Swift scored a hit called “Style,” whereupon One Direction nicked the chorus and turned it into “Perfect,” while Harry Styles gave his finest new jam (“Olivia”) the same name as Taylor’s cat. (Also the name of Harry’s sister Gemma’s cat.) All this call and response, whether intentional or not, stokes the fandoms as interpretive communities. It’s like back in the day when rock and hip-hop fans could pore through their LPs searching for clues that Paul was dead or Tupac was alive. “If you’re looking for someone to write your break-up songs about/Baby, I’m perfect” is the new “The walrus was Paul.”

It’s a pivotal moment historically, because teen pop stars aren’t supposed to evolve like this. The traditional goal of teen pop stars is to escape as soon as possible, fleeing into more respectable showbiz rackets like becoming a real (i.e., boring) adult singer (think of Justin Timberlake in his “clutching acoustic guitar and making sad faces” phase) or even better, a movie star (think of Timberlake in The Social Network). It’s the same old George Michael scenario: First you get famous as a teen idol, then you prove you’re a serious artist by wearing stubble and a leather jacket, then you prove you’re an even more serious artist by making a video where you set your leather jacket on fire. As George Michael sang in “Freedom 90,” 25 years ago, sometimes the clothes do not make the man.

But these days, teen pop is a genre singers cling to loyally after they could easily leave, a diverse movement with its own sense of history, legacy artists, bona fide stars doing the creative-evolution thing. We’re seeing a world-beater like Taylor Swift, who conquered the adult market with Red, choose to make a teen-pop record, not out of any commercial expedience (she was already the planet’s biggest star) but as a vehicle for artistic self-expression. 1989 was a high-risk gamble, though that’s easy to overlook after the massive year she’s had. Nick Jonas had his future mapped out five or six years ago — ditch the Connect 3 image and graduate to tame grown-up rock. The obvious smart move, right? And he gave it a go, making a drab 2010 record as Nick Jonas and the Administration. But he went back to pop, because he was better at it, and pop gladly welcomed the prodigal JoBro back home. 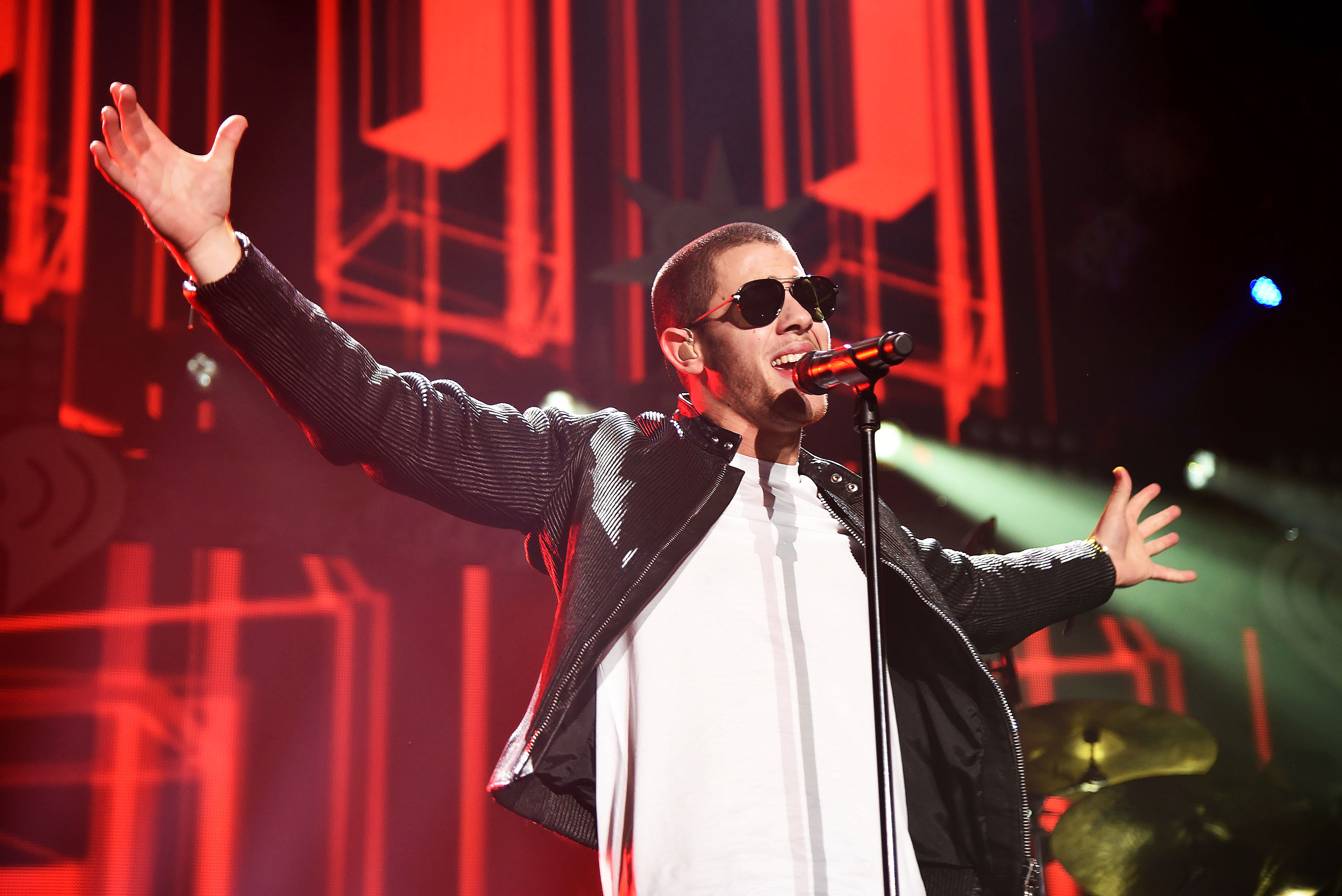 Bieber, the year’s comeback kid, had a rebound of historic proportions. As 2015 began, he looked so washed up that the whole idea of a comeback was a played-out joke. His Comedy Central roast back in Feburary was no fun at all to watch, just because the Bieb-bashery already seemed a couple of years late. The only memorable insult came from Natasha Leggero, who (like everybody else) tweaked him for dating Selena Gomez: “She is literally the least lucky Selena in entertainment history.” But look at the Bieb now. He got a boost from Skrillex and Diplo for “Where Are Ü Now,” reclaiming the umlaut and turning into a soul man, though the way he sings “oh, Lord” proves he’s been studying his Phil Collins records. The reBiebassance of 2015 made him bigger than ever. And his best song, “All in It,” is a bonus track — he left it off the album, which is such a rock-star thing to do.

Miley teamed up with the Flaming Lips’ Wayne Coyne to get psychedelic — if Bangerz was her teen-pop answer to Dark Side of the Moon, this is her Wish You Were Here, except instead of lamenting the fate of Syd Barrett, she’s mourning a dead blowfish. (A lost soul who was literally swimming in a fishbowl! Cue bong-hit noise!) Dead Petz wasn’t her best record — the cat got a better song than the fish, though both top the dog’s — but it was a clever career detour, especially considering that she (wisely) dropped it for free.

Selena Gomez made a fantastic coming-of-age statement, Revival, with state-of-the-art producers catering to her increasingly supple voice. Her torch ballad “Good for You” came on like a bizarre mix of Linda Ronstadt, PJ Harvey and Lana Del Rey, yet swerved in its own dark direction. And as my ever-brilliant colleague Brittany Spanos pointed out, only Selena would use Revival as a title for her second album.

As for the five-headed colossus that’s loomed over this landscape for years, this was the year it became four-headed, as One Direction parted with Zayn Malik. He quit because “I want to be a normal 22-year-old,” then spent the rest of the year bragging about all the cool stuff he’s gonna do someday, once he gets around to, you know, actually doing any of it. (That’s all I did when I was 22, so mission accomplished, Z.) In the George Michael script, Zayn has reached “burning leather jacket” phase, though without the solo hits to show for it. Meanwhile 1D did yet another great tour and made yet another great album, before taking a well-deserved (though hopefully temporary) hiatus. Made in the A.M. bid goodbye while extending their deeply eccentric claim on the pop tradition. (Love that “Lucy in the Sky” drum hook in “End of the Day.”) MITAM may or may not be the final 1D album, but if this is as far as they get, what a run. 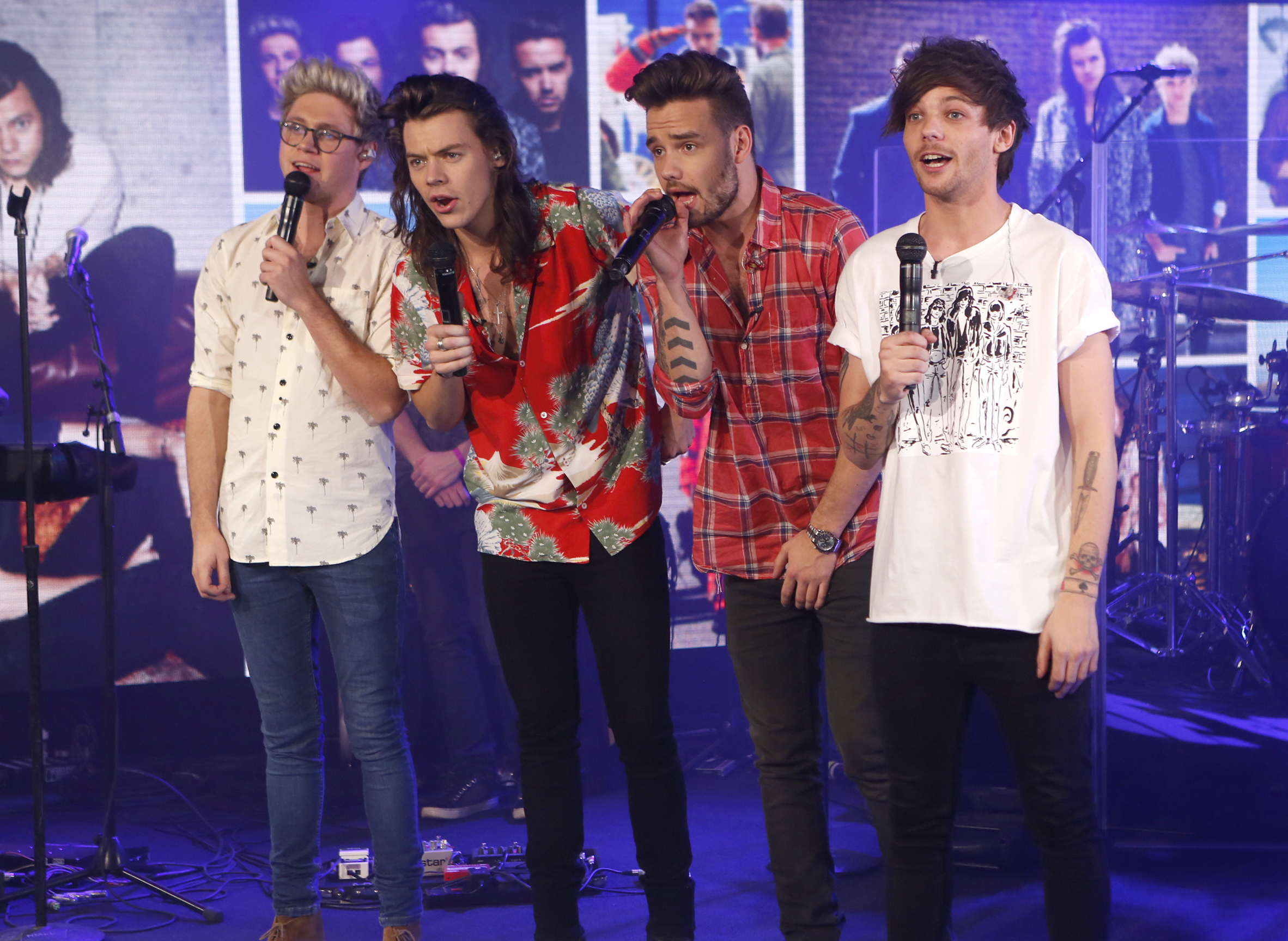 When I interviewed 5 Seconds of Summer last year, they praised Duran Duran as role models — drummer Ashton Irwin said, “I love how Duran Duran had the female fan base in the beginning and it grew until males started to like them, too. That’s what we aspire to. It’d be cool even if we had a five percent male fanbase.” So 5SOS took action — they jacked DD’s “Hungry Like the Wolf” for their own “Hey Everybody!,” which hopefully they ran past their legal team. (Hey, the Durannies had a huge year too.) These guys crack me up on every conceivable level, an Australian foursome playing Blink-182-style brat-punk, using the same logo as Hüsker Dü, fulfilling the promise of “She Looks So Perfect” (the finest pop hit of 2014) with their second album, Sounds Good Feels Good. 5SOS have zero to do with stereotypes of what the boy-band sound is, yet everything to do with the boy-band audience. And Ashton is undoubtedly the only dude who has worn a Sonic Youth “Confusion Is Sex” T-shirt onstage while opening for One Direction.

Carly Rae Jepsen, a full-fledged adult who hit the big time in 2012 with “Call Me Maybe,” pioneered artisanal teen-pop with Emotion, wooing aesthetes who treasure mall-disco as a musical form regardless of whether anyone’s actually buying it IRL (which sadly they weren’t). Demi Lovato came back strong with “Cool for the Summer,” about making out with women, while Hailee Steinfeld did “Love Myself,” about making out with herself. Fifth Harmony’s “Reflection” took autoerotic feminism even further: “Boy I ain’t talking about you/I’m talking to my own reflection.” Ariana Grande had a relatively quiet year, apart from a hysterical Scream Queens cameo and wearing her hair down for once and pop’s all-time most controversial donut-licking scandal … OK, maybe not that quiet.

But if any hit summed up the sky-high ambitions of pop in 2015, it was Alessia Cara’s “Here,” a glorious out-of-nowhere no-fun anthem from a previously unknown 17-year-old YouTube starlet from Toronto. Alessia sang about being bored at a keg party because she’d rather be home listening to “music with a message.” (She means Drake and Ed Sheeran, because of course she does.) The Isaac Hayes funk sample heard on the track defined 1990s trip-hop bummer merchants like Portishead and Tricky, except Alessia sounds even more misanthropic than they did, a self-proclaimed “antisocial pessimist” who came to kill every inch of your buzz. Not since Morrissey chanted “hang the DJ” has anyone come up with such an exuberantly anti-pop pop hit.

Alessia’s “Here” sounded so weird at first — yet it sounds even weirder after all these months of heavy rotation. It sums up everything pop has come to stand for in 2015: not a set of rules, not a formula to follow, not a suit you outgrow, but a musical language of figuring out who you are and what you demand. Big dreams, big plans, taking over the planet. In other words, as George Michael might say: freedom.