Phil Collen, who has played guitar for Def Leppard since 1982, has written an autobiography with Chris Epting — Adrenalized: Life, Def Leppard, and Beyond — that’s packed with juicy tales of his time with the band. The book has its frustrating elements: Collen spends time with both Diana Ross and Taylor Swift but doesn’t have anything in particular to say about either of them. But the memoir also gives some inside dirt on Def Leppard, everyone’s favorite nine-armed pop-metal superband. Here are 10 things we learned.

1. Collen is color-blind.
The condition isn’t an occupational hazard in his current life as a rock star, but it was a disadvantage in his first job working at a burglar-alarm factory, where he would solder wires incorrectly because he couldn’t tell the colors apart.

2. The guitarist has always taken the glam aesthetic literally.
When Def Leppard started, Collen was in a glam-rock band called Girl. The two groups were friendly, and at one Girl gig, Def Lep guitarist Steve Clark and Joe Elliott joined them onstage — that night, everyone ended up crashing at Elliott’s mother’s house. She was irate the next day, because she thought the lads had snuck some ladies into the bedroom: “Ohhhh! There was makeup in the bed this morning when I changed the sheets!” Elliott had to explain to her that it was just because of the excessive amounts of cosmetics worn by the members of Girl.

3. Hysteria producer Mutt Lange’s aesthetic was anti-harmony, pro-scream.
The Def Leppard mission statement, from genius producer Robert John “Mutt” Lange: “Def Leppard will be all about great pop songs that resonate with the punk ethos. We won’t have lovely harmonies like Styx or Foreigner. Our vocals will be more like a screaming chant, which will set them apart.”

4. MTV helped the Leps conquer Middle America.
The band’s early success was hugely dependent on geography: specifically, on whether your town had been wired for cable television. “Places that had cable TV had MTV, and places that had MTV had us all the time,” Collen says. “By the time we came to town, we’d already become rock gods to these kids in places like Norman, Oklahoma, and Monroe, Louisiana, that didn’t always have big bands rolling through.”

5. Def Leppard had a lewdly named backstage pass reserved especially for eager groupies.
Def Leppard were astonished to discover that American girls wanted to sleep with them, and would even fellate crew members to gain access. Collen says, “I was waiting for an elevator in a hotel. A really hot girl whom I had never seen in my life came up to me, pulled my pants down, and went down on me and didn’t say a word. This type of stuff didn’t happen before with total strangers.” The band ultimately created a special backstage “boiler pass” for sexually eager fans: In the same style as the band’s angular “Def Leppard” logo were the words “Dik Likker.” 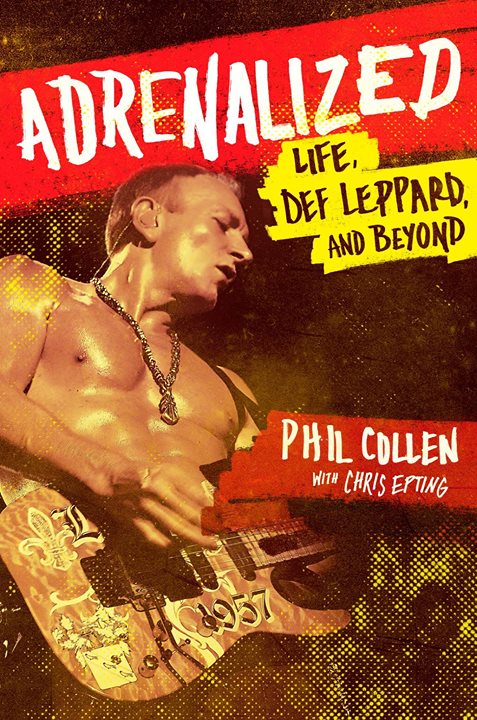 6. Rick Allen’s tragic accident spawned an unlikely romance.
The car accident that severed the left arm of drummer Rick Allen was horribly unlucky, of course. But in a weird stroke of good fortune, he was found by a nurse who happened to have a cooler of ice that she was taking to a party. A policeman followed soon after. The pair put Allen’s severed arm in the ice and rushed him to the hospital — and the nurse and the policeman ended up getting married.

An operation to reattach the arm failed when it became infected, but Allen barely missed a beat. When the rest of the band nervously visited him in the hospital, he immediately launched into his plans for playing one-armed. Collen’s initial reaction: “This poor kid, he must be so medicated that he actually thinks he’s cool with all of this and that everything is going to be okay.”

7. Lange stirred some country twang into “Pour Some Sugar on Me.”
By the time the band recorded “Pour Some Sugar on Me,” the Hysteria album was two years late. Mutt Lange had gotten in a car accident of his own and was supervising the recording of the song from a hospital bed that he had imported into the studio. You’ve probably noticed the obvious hip-hop influences on the song, but that wasn’t the only genre being mixed in with the sugar. Lange came up with the introductory guitar riff. “It actually sounded very country,” Collen says. “When Mutt told me to try it, I was told my finger-picking sucked. He told me to play it the way I would play it. So I played it with a metal guitar pick, making a weird hard-rock/country hybrid.”

8. The band were millions of dollars in debt when Hysteria came out.
The Leps had always believed in frugality, preferring hotel vans to limousines. “Coming mostly from nothing,” Collen writes, “we didn’t want to waste anything.” But one consequence of taking two years to make an album with Mutt Lange was that by the time Hysteria came out, the band had accumulated $4.5 million in debt, meaning they needed to sell over 5 million copies just to break even. It worked out: The album’s been certified for 12 million in sales in the United States, and has sold about that much in the rest of the world as well.

One night in Chicago, Robert Plant visited backstage — which would have been enough of a thrill for everyone in the band. But when “he heard about the way we got wheeled out there every night, he got all excited and asked if he could part of the clandestine operation that took place before the show.” Plant, one of the most recognizable rock stars in the world, disguised himself with dark sunglasses, a bandana wrapped around his head, and a leather jacket. “I remember he looked a bit like a pirate,” Collen writes.

10. The state-fair ain’t all it’s cracked up to be.
Having more fame than record sales can feel undignified. “We were still valid and better than ever onstage, but we were playing these really shitty venues,” Collen complains of the band’s later years. Def Leppard “got into a bit of a rut playing state fairs.”