The Who Turn 50 With Star-Studded Birthday Tribute - Rolling Stone
×
×

The Who kick-started their 50th anniversary celebrations with a star-studded tribute concert in London last night, with Eddie Vedder, Liam Gallagher and Geddy Lee among those paying homage.

The concert – held at the O2 Shepherds Bush Empire in West London – was a benefit show for Roger Daltrey’s favored Teenage Cancer Trust charity, which helps provide specialist treatment for young cancer sufferers. Daltrey himself was on hand to host the evening and closed the show by singing a couple of songs. Pete Townshend stayed away, however – according to Daltrey he was “at home looking after the dogs.”

“He’d rather do anything than hear his songs played back to him,” the singer joked.

Townshend missed out on an impressive list of guest singers performing with the Who’s touring band, which features Townshend’s brother Simon on guitar and Zak Starkey on drums. Topping the bill was Pearl Jam’s Eddie Vedder, who told the crowd he had to attend, despite the date falling on his wife’s birthday. 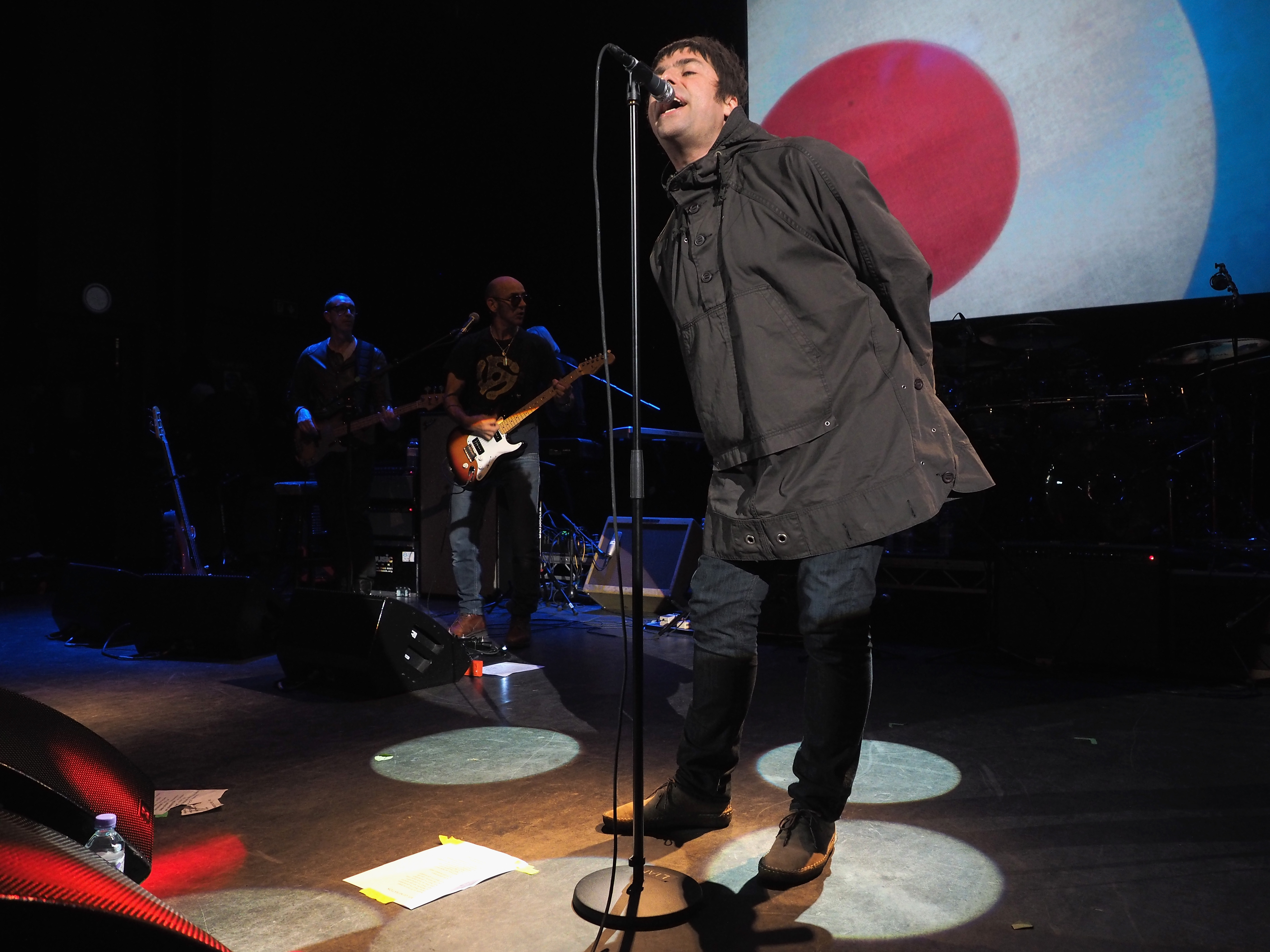 “Without the Who, I’d be nothing,” he said before singing a bluesy version of “Naked Eye” and showing off his best Daltrey-esque scream on a barn-storming “Won’t Get Fooled Again.”

The Kids Were Alright: One of the Who's Greatest, Earliest Bootlegs Turns 50

He was preceded onstage by former Oasis frontman Liam Gallagher, who was making his first live appearance since the demise of his band Beady Eye. Gallagher – who regularly performed the song with Oasis – was in typically belligerent form, tackling 1965 classic “My Generation” with bristling aggression, eyeballing the crowd and generally laying down a marker for a potential solo career.

Geddy Lee, in contrast, put in a laidback performance on “The Seeker.” The Rush singer, who had flown in from Canada especially for the gig and celebrates his own band’s 40th anniversary this year, also played bass and later said he was “thrilled to support the Teenage Cancer Trust while celebrating the music of the Who, a band that changed my life.”

Stand-up comedian Johnny Vegas had earlier dubbed the evening “the most expensive karaoke night ever,” but, while many performers stayed faithful to the original versions, others attempted something new: While recent Daltrey collaborator Wilko Johnson and Irish teenage rockers the Strypes perfectly recreated the sound of 1965 on “The Kids Are Alright,” U.K. hip-hop duo Rizzle Kicks bravely added raps to bring “Who Are You” up to date.

Other performers included Def Leppard’s Joe Elliott (who grappled with “Love, Reign O’er Me”); Kaiser Chiefs singer Ricky Wilson (who sang “5.15” and was joined by parka-clad Quadrophenia star Phil Daniels for “Bell Boy”); and comedian Rich Hall (who very much played “You Better You Bet” for laughs). 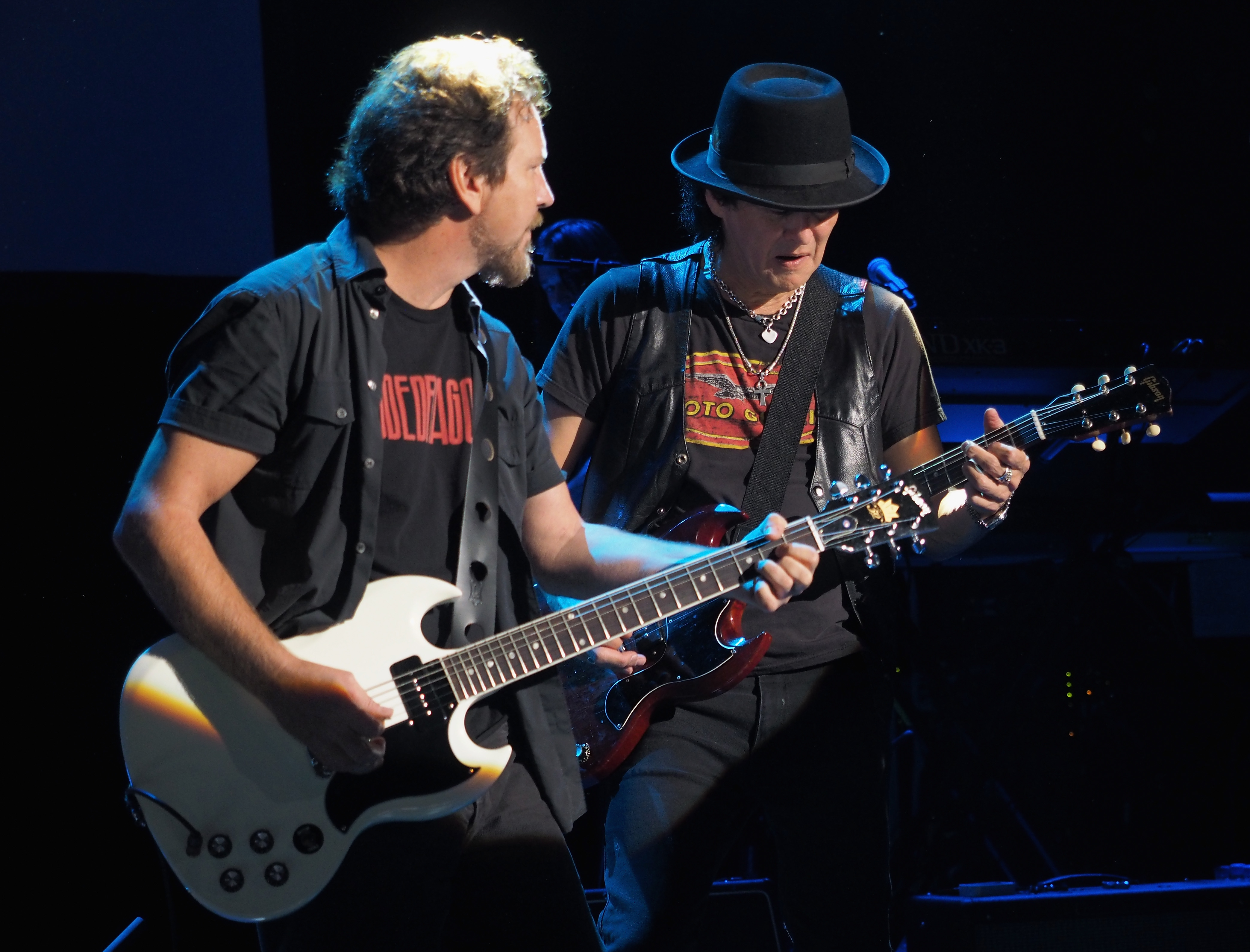 At the end, Vedder welcomed most of the night’s performers back onstage for “Listening to You” before Daltrey was persuaded to take the mic. Manic Street Preachers frontman James Dean Bradfield had been due to take on “Substitute” but was unable to attend due to illness, so Daltrey sang it instead, saying, “I’m the substitute tonight.” He then closed the show with an extended jam on “Young Man Blues.”

Other admirers who couldn’t attend sent along their best wishes. Iggy Pop appeared on the big screen playing an acoustic version of “My Generation” before declaring: “Hail the Who!” And Sir Paul McCartney sent a cheery video greeting, thanking the band for 50 years of “beautiful, beautiful music.”

“Why don’t you all just f-f-f-flipping well celebrate?” he added – advice the Who seem determined to follow over the coming months.

The band’s career-spanning compilation album, The Who Hits 50!, is out now, and a 3D virtual reality app is forthcoming. The Who’s 50th Anniversary tour kicks off at Glasgow, Scotland’s SSE Hydro on November 30th, with US dates scheduled for April 2015.