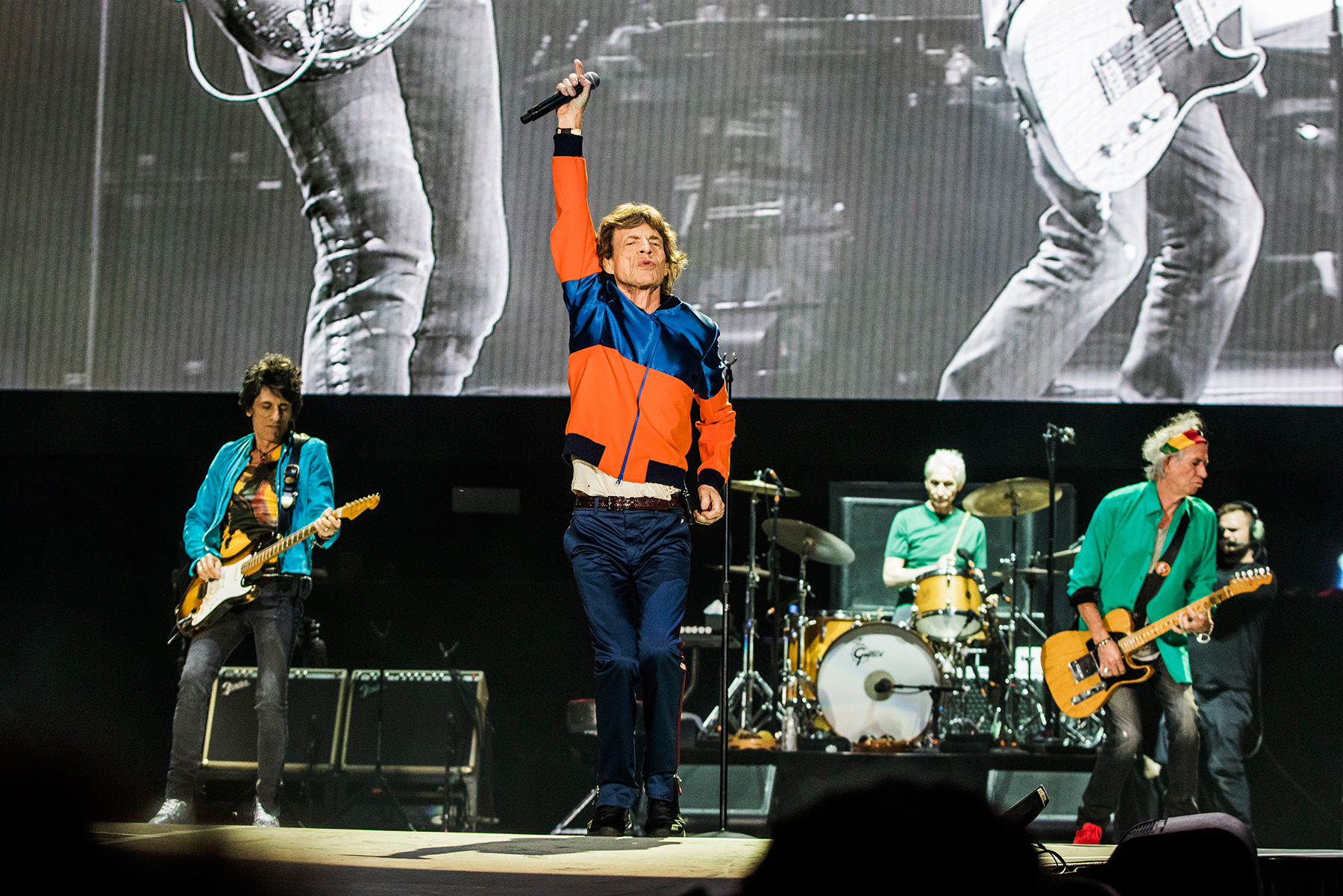 Woodstock couldn’t get the Beatles, the Rolling Stones or Bob Dylan in 1969. That miracle lineup was an impossibility then and for most of the years since, until the producers of Coachella finally made a facsimile of that Sixties triumvirate real with this weekend’s three-day Desert Trip festival in Southern California. On Friday, the Stones and Dylan began to deliver on the the possibilities of the festival’s unprecedented musical summit with smoldering, explosive performances that played to their distinctive, long-established strengths.

The full weekend of artists – also including Paul McCartney and Neil Young on Saturday, and the Who and Roger Waters on Sunday – is a gathering of historic headliners with rich catalogs of hits and groundbreaking work that has influenced several generations of music-makers. All the players at Desert Trip remain among the top live acts, despite time and age that have left many of their contemporaries behind.

“Tonight we’re not going to do any age jokes or anything, OK? Welcome to the Palm Springs retirement home for gentle English musicians,” Jagger joked early on of the fest that has been called “Oldchella” and worse. He was prepared to prove otherwise.

The Stones show began with “Start Me Up,” the now completely predictable but never disappointing opening number. Guitarists Keith Richards and Ron Wood charged out first, slashing some pleasantly jagged riffs. Moving forcefully across the stage in ruby sneakers, Richards has white hair now while cutting the same figure of casual decadence.

They followed with “You Got Me Rocking,” far from the band’s most memorable rock tune, but effective in piling on the supercharged sounds: Keith blazing, Mick blowing harp, biting on the lyrics, frantically moving across the stage. Jagger’s youthful presence was not cosmetic. He moved like an athlete to the far reaches of the catwalks, his voice possibly more powerful than ever as he led a set focused on classics and a handful of rarities.

Jagger spoke of the band’s upcoming album of blues covers, which emerged unexpectedly while recording a collection of new songs, and the band dove into Jimmy Reed’s “Ride ‘Em on Down,” which the young Rollin’ Stones used to play in the early Sixties. The blues were their initial inspiration back in London, and it still turns up in surprising places, such as their grinding cover of the Beatles’ “Come Together” on Friday.

A half-hour into the set, Jagger introduced the full band, then handed the mic to Richards, who tossed aside a cigarette to perform two songs, beginning with the regretful saloon ballad “Slipping Away.” Guitars collided on “Little T&A,” an early-Eighties rocker that teetered on the edge through jagged guitars, unscheduled feedback and the most ragged of vocals. Perfect.

From the same era was “Miss You,” with Jagger back at the mic, strumming an electric guitar as Charlie Watts pounded a driving four-on-the-floor disco beat. Jagger raised the guitar into the air and danced toward crowd: “If you know how to party, say, ‘Oh, yeah!'” Bassist Darryl Jones put his signature on the original Bill Wyman lick, and the band gave him room to stretch out.

The Stones set was short on special effects (other than some fireworks near the very end) and none were needed. Stripped down, the Stones are still a rock & roll band to be feared.

Earlier, Dylan began at dusk, primetime on the desert landscape. Like Young, Dylan is less a predicable crowd-pleaser and is just as likely to give the people what he wants, choosing songs based on his creative whims of the moment that don’t always coincide with his most popular hits. Not this time. Dylan stepped onstage as the big screens flashed vintage footage of the artist through the decades: as young folkie, going electric, freewheelin’, on the road with the Rolling Thunder Revue, voice of his generation. He sat at the piano and dove right into “Rainy Day Women #12 & 35,” and he played the tune with a wicked grin, singing “Everybody must get stoned!” like he was sharing a favorite joke with fans who have been with him since the Sixties.

It was just the first of many of his most popular songs, including “Don’t Think Twice, It’s All Right” and “Highway 61 Revisited,” played with bite and force by his band, but made unpredictable by Dylan’s way of re-intrepreting his original vocal melodies.

His current look is Mississippi gambler, in fine Western threads and white boots, a feather in his wide-brimmed hat, suggesting a timelessness to his approach. He sang “Simple Twist of Fate” with a wounded rasp, accented by pedal steel, sounding forlorn and knowing, then got a rise from the crowd with his first harmonica solo. From his later catalog was a snarling “Early Roman Kings” (from 2012’s Tempest), which had Dylan raging at the corrupt and crooked in a bruising Muddy Waters growl. “I ain’t dead yet!”

His sets over the summer were very different, with a heavy focus on his recent recordings in tribute to standards and the Sinatra tradition. But Sinatra rarely (if ever) faced an audience of the magnitude of the landscape at Empire Polo Field in Indio, annual site of Coachella and now Desert Trip. The distance between stage and the back rows required something else, and Dylan showed he knows how to play the room.

His band was tight but elegantly frayed by design, and, like Dylan, dressed in dark suits and hats. There was nothing casual about the presentation, which fits the tenor of his later recordings.

Dylan’s early work was an influence on virtually every other act on the Desert Trip lineup, certainly including the Stones, McCartney and Young, leaving a lasting mark on his contemporaries. Recent years have brought him acclaim again for uncompromising songs of rage and maturity, of broken romance and lessons learned.

“Love Sick” was powerful in its restraint and weight of experience, as Dylan cut through the sound of shadow and fog with controlled rage at the mic: “I wish I never met you!” Likewise, “Ballad of a Thin Man” was more ominous and sneering than ever, with the band a cauldron of noise behind him, showing Dylan to be an artist of of many generations.