Nothing says more about Robert Plant‘s current attitude about his career than his decision to play a bowling alley in Brooklyn. At midnight. On a Thursday. The former Led Zeppelin singer – who has done much to separate his solo career from his past life recently – told the audience at Brooklyn Bowl that late last month he had enjoyed a burlesque show at the 850-person-capacity venue (“I have to tell you, we’d be better at it”) and scheduled this gig to take place immediately after his appearance on The Colbert Report. The show itself – which was announced earlier in the week and quickly sold out – was on his terms, and he appeared to love every second of it.

“Thanks for coming out tonight, it’s very late, I know – a lot of people I know have been in bed for hours,” he joked at one point. “And a lot of them are single.”

At this point, Plant seems most comfortable outside of his comfort zone. Over the past decade, the singer has drifted between playing with the globally-minded Strange Sensation ensemble (which shares members with his current backing band, the Sensational Space Shifters), folk artist Alison Krauss and, for one night, Led Zep. His most recent record, Lullaby and…the Ceaseless Roar, is a journey through cosmic post-blues and world-influenced folk, and throughout the 80-minute bowling-alley concert, the Space Shifters pushed the boundaries of this music even further, reconfiguring Plant’s old classics as psych-rock odysseys. 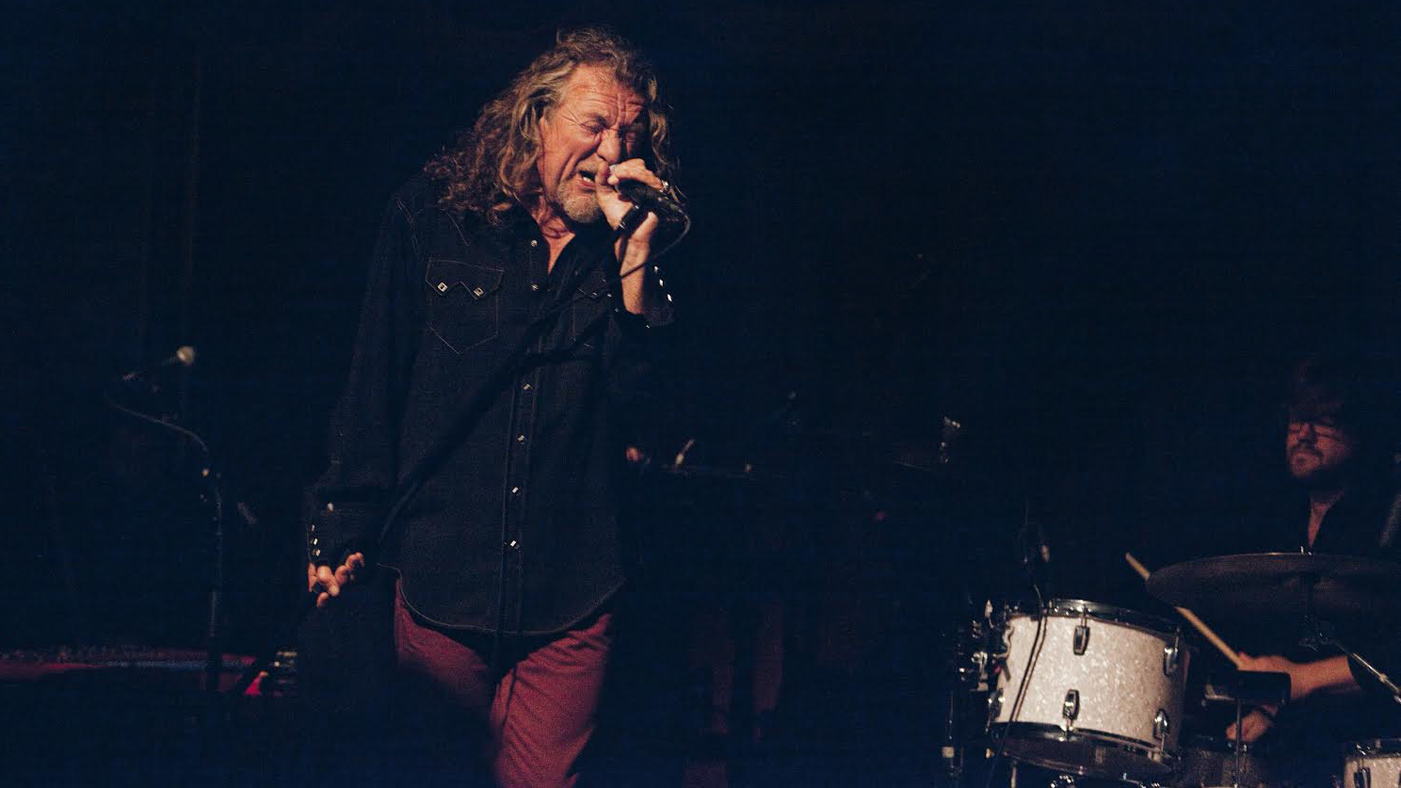 When the lion-maned 66-year-old ascended the stage at 11 minutes past midnight (Questlove had opened with a DJ set), he did so with all the aplomb of a golden god half his age. He twirled his microphone stand over his head and snuck up behind guitarist Liam “Skin” Tyson, clapping along as the group worked through its spacey, Middle Eastern-influenced interpretation of Howlin’ Wolf‘s “Spoonful.” That charisma proved to be the catalyst for many of the set’s most memorable moments – as when he led the band’s all-drum intro for new song “Rainbow” and led the audience in syncopated clapping for another new song, “Little Maggie.”

Plant also allowed his bandmates to shine, spotlighting Gambian riti player Juldeh Camara as he played the single-stringed, violin-like instrument before the group’s soaring take on “Black Dog” and encouraging multi-instrumentalist Justin Adams to take center stage for a flashy, rockabilly-inspired dance for the group’s cover of Bukka White’s “Fixin’ to Die.” “I wonder what Bukka would think of that,” Plant wondered.

Throughout the set, which included only four Lullaby tracks and one from the 2005 Strange Sensation album Mighty ReArranger, the singer made a running gag of referring to the songs he had played with Led Zeppelin as “folk songs,” after explaining how a Leadbelly tune had inspired Lullaby’s “Poor Howard.” “If you don’t call [that] a folk song, this surely must be headed towards being a folk song,” he said before playing a mesmerizing, stripped-down version of “Going to California,” accompanied only by acoustic guitar and mandolin. Similarly his daring takes on a simplified “Thank You” – which was almost drowned out by the sounds of women cheering – an electronics-infused “Black Dog,” a banjo-infused “Nobody’s Fault But Mine” (dedicated to Mavis Staples) and a mega-medley of “Whole Lotta Love” – sandwiched between covers of Bo Diddley‘s “Who Do You Love?” and Muddy Waters‘ “Hoochie Coochie Man” – sounded altogether rejuvenated. 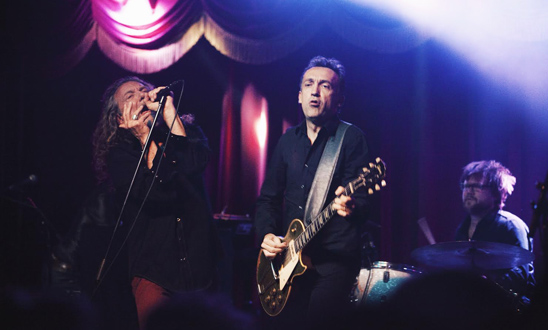 In a sense, Plant has subverted his back catalog – much as he did with Jimmy Page when they reunited for No Quarter in 1994 – in a way that, as folk numbers often do, proves how songs can be totally malleable. These reinterpretations are a declaration of independence from his past – even when they’re played to people that paid $125 a head to let out hoots and cheers whenever he approached a Zeppelin cut close to how it was recorded.

Early in the set, Plant asserted that the concert was the final show of his 26th U.S. tour. “I guess I’m a man now,” he quipped. But it’s that experience that has allowed him the freedom to experiment with his back catalog, move ahead through contemporary folk and ramble on just how he sees fit.