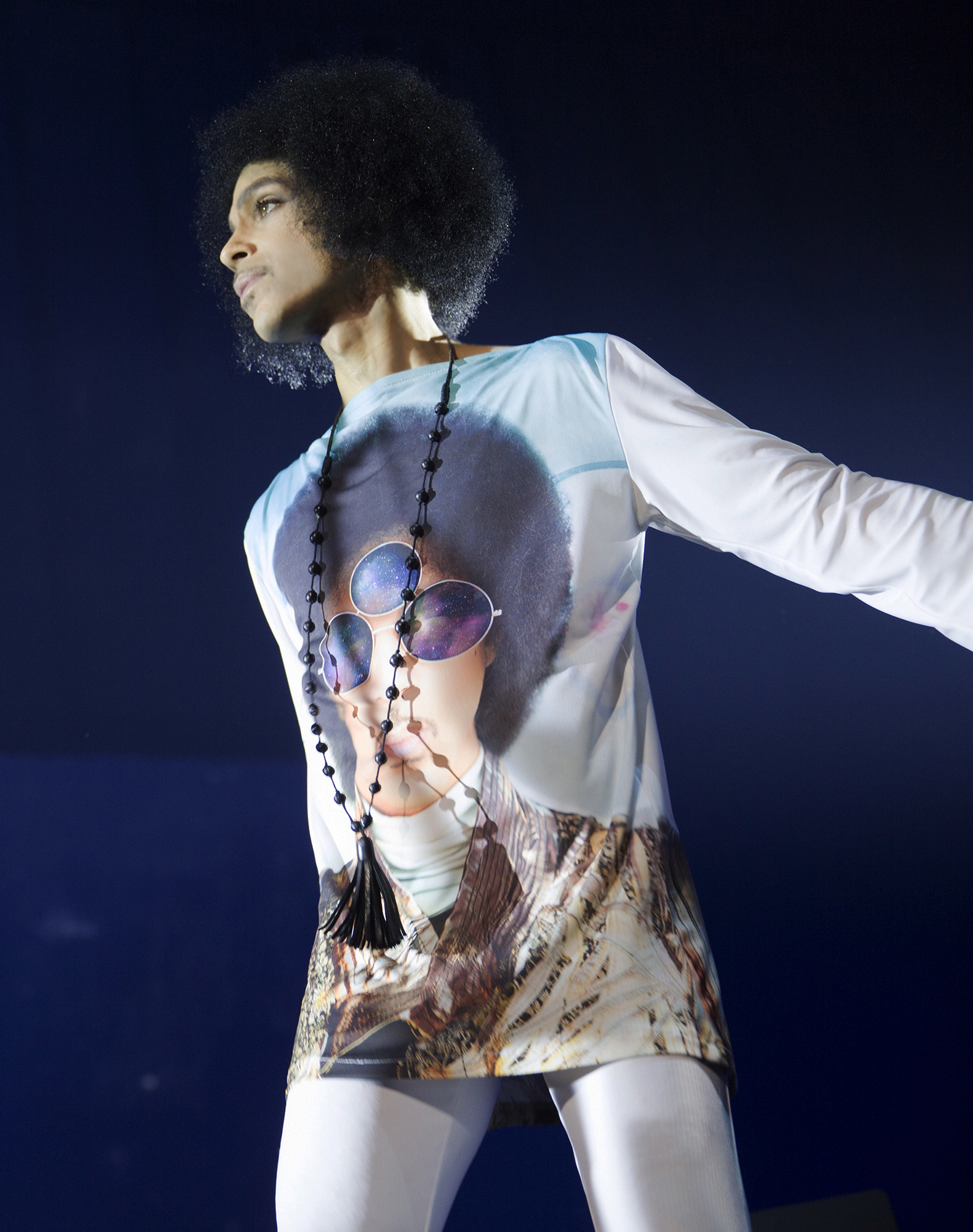 Two weeks after protests in Baltimore brought national attention to the death of Freddie Gray while he was in police custody, Prince came to town for a “Rally 4 Peace” – a surprise concert that turned into an epic two-and-a-half-hour jam session with a dream set list and appearances by Doug E. Fresh, Estelle, Miguel and State’s Attorney Marilyn Mosby.

“I am your servant tonight, Baltimore,” Prince told the Royal Farms Arena crowd, much of which was wearing gray as instructed by the concert poster. “We are your house band.”

After blasting off with favorites “Let’s Go Crazy,” “Take Me With U” and “Raspberry Beret,” Prince launched into “Baltimore,” a song about the city’s struggles that he had released just over 24 hours earlier. “Does anybody hear us pray?/For Michael Brown or Freddie Gray,” Prince sang. “Peace is more than the absence of war.”

The Michael Jackson Impersonator Who Wants to Heal Baltimore

During the song, the impish icon went to the side of the stage and retrieved Mosby – who last week brought charges against six officers involved in Freddie Gray’s arrest and transport, a move that some criticized as politically motivated – and her husband Nick Mosby, a Baltimore City councilman. They waved awkwardly to the crowd and returned to their seats.

Augmented by a four-piece horn section and multiple backup singers, Prince quickly returned to jazzy, funky versions of fan favorites like “U Got the Look,” “Controversy,” “1999” and “Little Red Corvette.” “I’m so funky I can’t even sleep with myself,” he quipped before closing his initial set with “Nothing Compares 2 U.” Over the course of the show, he played impressive solos on guitar, bass and piano, displaying the virtuosity that’s made him a legend. He was relentlessly energetic, frequently breaking into James Brown-worthy spins.

The first hour was livestreamed for free on Jay Z’s fledgling Tidal service, which matched contributions that listeners made to Baltimore charities during the stream. When that ended, the band left the stage briefly, and Prince shouted “No curfew!” to announce their return. This first encore included “When Doves Cry,” “I Would Die 4 U,” the Staple Singers’ “When Will We Be Paid” (featuring Miguel) and “Kiss,” with a verse from Doug E. Fresh.

After another departure, Prince returned solo on the piano, again said, “No curfew” and teased “Darling Nikki” and “Pop Life” before settling on New Power Generation-era hit “Diamonds and Pearls,” Purple Rain slow-burner “The Beautiful Ones” and finally “Purple Rain” itself. After he and Estelle finished the song, Prince made his most substantial remarks of the night.

“The system is broken,” he said. “It’s going to take young people to fix it. We need new ideas, new life. Most of all, we need new piece. And the kind of piece I’m talking about is spelled ‘P-I-E-C-E.’ Next time I come to Baltimore, I want to stay in a hotel owned by one of you. I want to play in a building owned and operated by one of you – I’m talking to the young people now.”

Again the band left the stage, and this time the crowd chanted “No curfew!” for several minutes. When Prince finally returned, he said, “You better get me a house here someplace quick. A brother could get used to this,” then launched into a thrilling cover of Michael Jackson’s “Don’t Stop ‘Til You Get Enough.”

After two and a half hours, many of those in attendance clearly had not yet had enough, and they were soon chanting “BAL-TI-MORE! BAL-TI-MORE!” After weeks of the city being national and international news for everything that was going wrong, they seemed to relish the opportunity, even for a few hours, to celebrate their beloved hometown.