Mark Arm is slowly running out of Seattle landmarks to perform at. Two years ago, he and his Mudhoney bandmates celebrated 25 years together by playing a set on top of the Space Needle. And last night he fronted a supergroup of rock luminaries from the Emerald City, including Pearl Jam guitarist Mike McCready and former Guns N’ Roses bassist Duff McKagan, on the roof of Pike Place Market. What’s next? A Monkeywrench reunion in front of the Fremont Troll? A set by the Thrown Ups on a ferry boat crossing Puget Sound?

As fun as those hypothetical gigs might be, they likely wouldn’t be as wicked and wondrous as watching Arm stand in front of huge neon letters that read “Public Market Center” and belt out Stooges covers backed by three of Seattle’s finest musicians. Billed as Raw Power, the group (rounded out by ex–Screaming Tree Barrett Martin on drums) played an appropriately loose yet powerful set of proto-punk classics. The gig may have only lasted a half-hour, but it seemed to leave a deep impression on the hundreds of folks that filled up the bumpy streets of Pike Street and Pike Place below.

Brought together at the urging of McCready and the folks at local non-commercial radio station KEXP (the performance itself was free, though a pricey afterparty served as a fundraiser for the station), the quartet sounded just rehearsed enough. The three musicians in this one-off group are competent enough players that they could soar and rumble through these classic Stooges tracks with few mistakes, yet they still needed a few songs to shake off the rust.

By the time the group hit on “I Got a Right” (a non-album cut from the Raw Power era), they locked in and showed no mercy. Like a freight train, the quartet kept gaining momentum and speed. On closing songs “Search and Destroy” and “Loose,” they sounded, in moments, as formidable as the original Stooges. 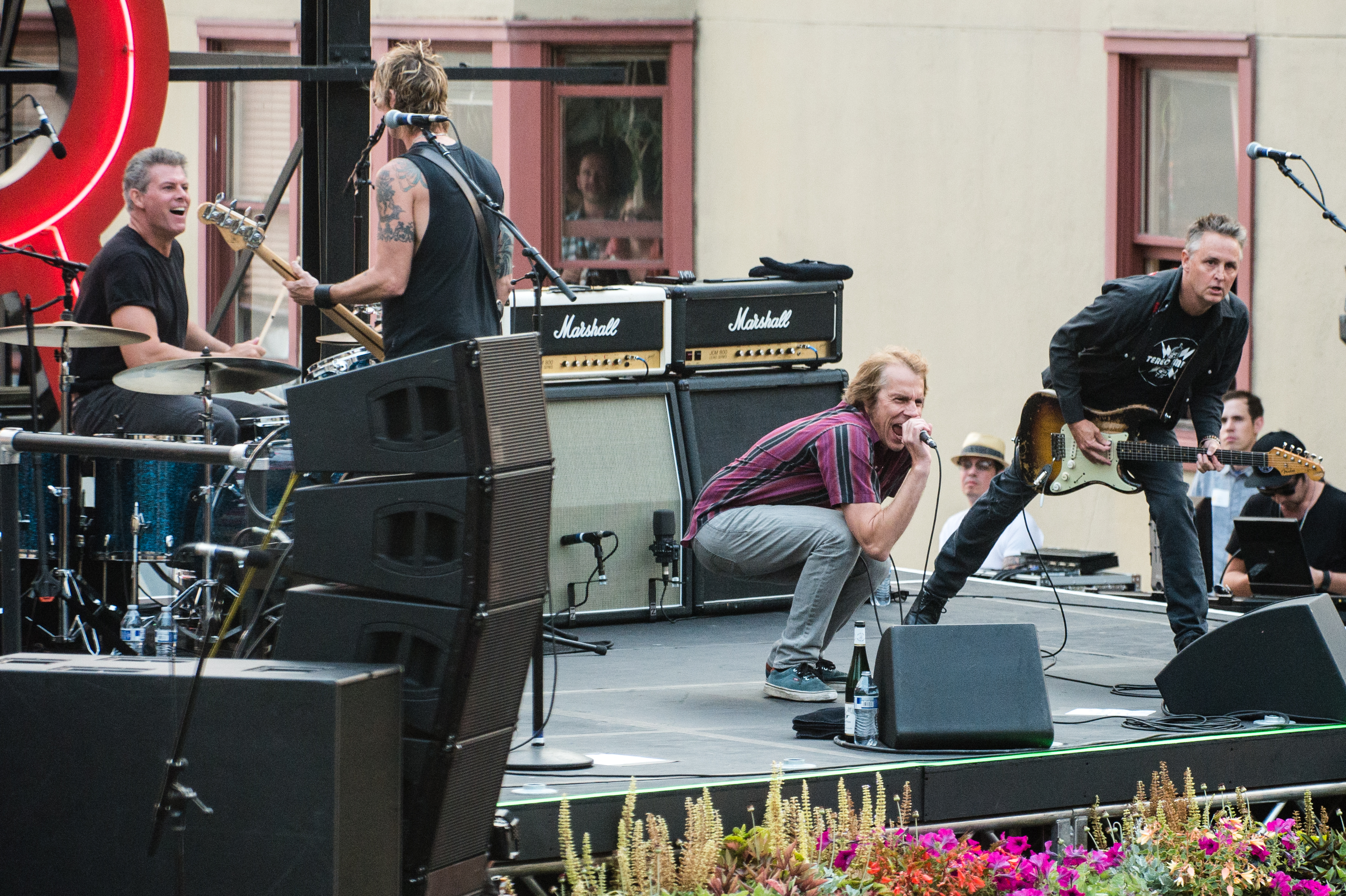 The coup was bringing Arm in to play the Iggy Pop role. Possessing one of the best voices in rock, and stage presence to burn, he would have been the obvious choice regardless of his status as hometown icon. Crucially, he was smart enough not to mimic Pop’s wild-card stage antics. Instead, he bent and bowed his body, and saved his energy to belt each tune with a perfect mixture of snotty disregard and growling disgust. He had a little fun in the frontman role too, introducing his bandmates by referencing their pre-fame bands, like McKagan’s punk days as a member of the Fartz and the Fastbacks, and McCready’s pre–Pearl Jam band Warrior.

It was McCready who spent the set in constant motion, leaping into the air and dropping to his knees to wrench some nasty tones from his guitar. Sure, his solos sounded less like the meaty slap of Ron Asheton and more like Hendrix, but as with Arm’s performance, the point wasn’t to try and replicate the experience of watching the Stooges circa 1968. This was more like watching four extremely talented friends get together to knock around some of their favorite songs from one of their favorite bands. That there were a few hundred Seattleites worshiping at their feet seemed like a pleasant surprise.