When Patti Everly, the widow of Phil Everly, decided to stage a musical tribute to her late husband, there was one artist she knew needed to be involved: Paul Simon. Last night in Nashville, Patti got her wish, and the 73-year-old singer-songwriter performed in honor of the younger Everly Brother at an intimate fundraiser in a Belle Meade house.

“Phil loved hanging out with Paul and telling their stories when they toured together,” Patti Everly told Rolling Stone, recalling how her husband reunited with his brother Don for Simon & Garfunkel‘s Old Friends Tour in 2003. “And Paul loved Phil so much. So how can you not call Paul for your first choice? He starts playing and the world stops.” 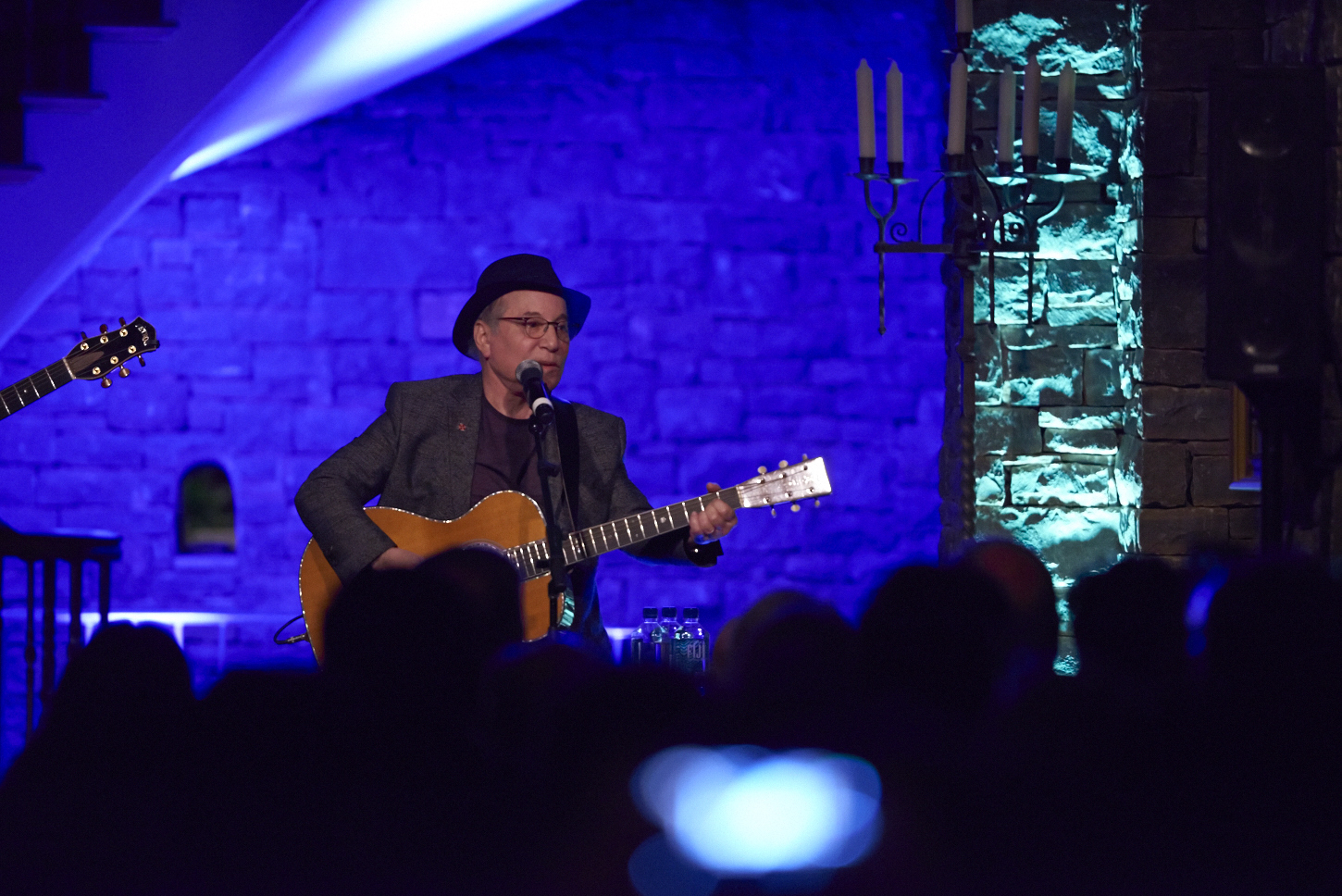 His own “Hearts and Bones” followed, and that segued into a breezy run through “Mystery Train,” a nod to the Sun Records sound birthed a few hours west in Memphis. Simon – dressed in a black hat, glasses and a blazer – seemed in good spirits and broke into an especially broad grin when performing the Beatles‘ “Here Comes the Sun.” He prefaced the song with a tale of visiting George Harrison and admiring the boulder formations on his property. Harrison, apparently, had joked to Ringo Starr that they were a promotional gift from Paul McCartney, in support of his 1997 classical album. “The bastard,” Starr remarked. “He didn’t send me one!”

Patti Everly, meanwhile, said that she came to McCartney for advice during his recent Nashville concert stop: “I just wanted to know how it was when he lost Linda,” she said. “He said, ‘You cry for a year, period. There’s no shortcut.'”

Following a clap-along take on “Me and Julio Down by the Schoolyard” distinguished by Simon’s whistling (take note, artists who use pre-recorded whistle tracks onstage) and a hushed “The Boxer,” the singer dipped into the catalog of the real-life brothers who inspired him and Art Garfunkel to form their own duo. “When Will I Be Loved,” written by Phil Everly, brought tears from his widow (she cites “Loved” as her favorite Everly Brothers song), and “All I Have to Do Is Dream” found Simon enlisting Brenda Lee as his duet partner. An encore of “Mrs. Robinson” wrapped up the night.

A COPD Foundation representative estimated the event would raise $180,000 from tickets that ranged from $500 to $30,000. Simon, aware of the hefty price tag, looked up from his makeshift stage in the home’s foyer and saw a woman seated on the second floor. When he asked if she had bought that view, she nodded yes. Simon smiled: “I wouldn’t have paid that.”