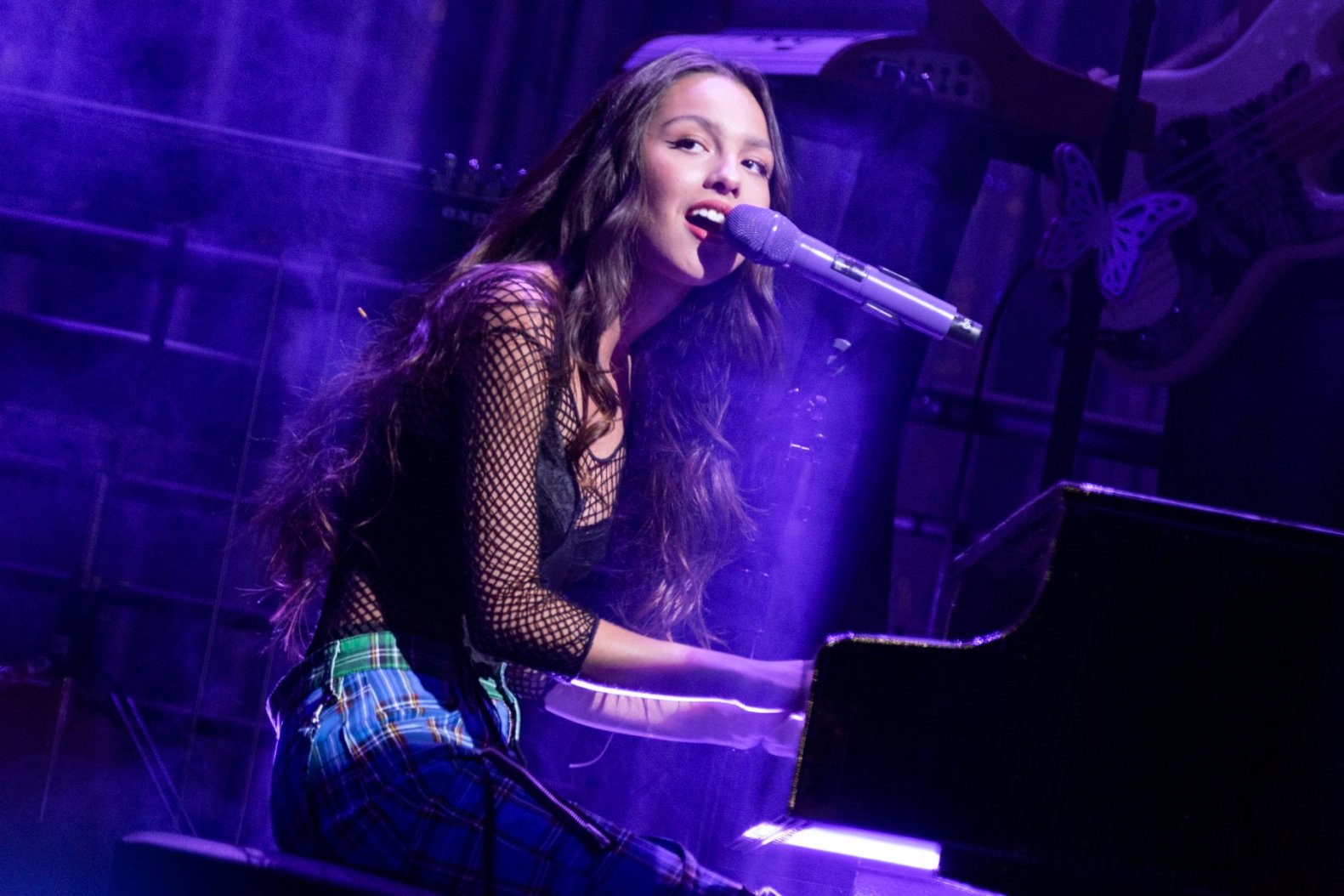 Olivia Rodrigo has two Number One singles, a three-times platinum debut album and, as of Sunday, three shiny new Grammy Awards. On a chilly Tuesday in Portland, she finally launched her first-ever tour. It’s the type of rite of passage that would be a massive deal if Rodrigo hadn’t just experienced a million other even bigger — and rarer — career milestones in her year of dominating the music world. Still, the Sour Tour hits just as sweet.

Kicking off in Portland’s Theater of the Clouds, a few thousand fans (mostly girls, mostly under the age of 21 — like Miss Rodrigo herself), were dressed to impress for the big night. Following opener Gracie Abrams’ set, a delicious playlist of sad rocker girl karaoke classics pumped through the venue: Yeah Yeah Yeahs’ “Maps,” Michelle Branch’s “Everywhere,” Fiona Apple’s “Criminal.” The song chosen to signal Rodrigo and her band’s imminent arrival on stage? It was One Direction’s “Olivia,” of course, which played three times in a row either because of some backstage delays, or Rodrigo being a bigger Directioner than we realized.

As the purple curtain opened up, it revealed a set that paid tribute to the singer’s Sour Prom concert film: Glittery streamers, bleachers, and a pop star in the Gwen Stefani special of plaid pants and a mesh crop top. Rodrigo kicked off the night with “Brutal,” and fans in the pit rushed towards the stage as she yelled, “Where’s my fucking teenage dream?”

Rodrigo’s all-girl band are a quintet of powerhouse players who helped ramp up every single song, injecting even the more mid-tempo album cuts with a bit of that “Brutal” and “Good 4 U” grunge-punk rush. “Jealousy, Jealousy” benefitted the most from the headbanger remix (which was teased in the recent Disney+ film, Driving Home 2 U).

In a true power move, the 19-year-old chose to not save her Grammy-winning, top of the charts-debuting breakout hit “Drivers License” for the finale, opting instead to belt the sing-along primed track early in the set. After quickly squealing, “Holy shit! Oh my God!” while en route to the piano, overwhelmed at the very existence of her first real tour, Rodrigo dove into the power ballad that made her a household name. It served as a good break for her, too: she really didn’t need to do much of the singing as the audience had that part handled for her.

Rodrigo kept the energy high throughout the set, especially considering that Sour is heavy on ballads. She folded in a couple covers: first Avril Lavigne’s “Complicated” and later, the more surprising “Seether,” Veruca Salt’s alt-rock classic. She thanked her mom for introducing her to that band.

Halfway through, Rodrigo took some time on her own, settling at the front of the stage with just her acoustic guitar. Following “Hope Ur OK,” she paid tribute to a pair of songs she wrote in her bedroom before her life exploded. “Enough for You” and the Taylor Swift-interpolating “1 Step Forward, 3 Steps Back” were mashed up seamlessly for a very moving medley.

When the band returned, the giant disco ball that had been hanging above them shone brightly for a rowdy rendition of “Happier.” Rodrigo did a quick-change before the second half of the show, returning in a sparkly, baby blue mini-dress and combat boots. The sequence of “Favorite Crime” into “Traitor” showed off her vocals before she closed out the set with “Deja Vu” and “Good 4 U.”  As she wrapped up her final song (and second Number One single), she said good-bye and skipped off the stage. The crowd lingered a bit longer than they needed to, as if she miraculously had more songs in the bank than the 11 originals she had just played (and they had long memorized). Even if everything worked backwards for this teen dream, her future is anything but brutal.