Before her intimate set at this year’s Tibet House Benefit concert, Debbie Harry stated the obvious. “You wouldn’t think [it would be] in the music I make,” she said of the sounds and spirit she’s absorbed from Tibetan culture. “But it is.” Performing solo but for multi-instrumentalist Matt Katz-Bohen, the meta-diva proved her point on a delicious version of Blondie’s mega-hit “Heart of Glass” that teetered between lounge-singer camp and disco revelation, seguing into a fragment of the Shangri-Las’ girl-group classic “The Train From Kansas City” before she closed by ringing a pair of ritual tingsha cymbals.

The annual Tibet House benefit concert is a New York muso institution, a celebration of both the embattled Tibetan culture and the melting-pot aesthetic that still makes the city a dirt-crusted mecca for refugees of all stripes. It’s also a family gathering for the Seventies avant-pop downtown scene, presided over by composer, co-founder, curator and cool uncle Philip Glass. This year Harry – who Glass aptly introduced as “an icon of American soul” – flanked Tibet House stalwarts Laurie Anderson and Patti Smith alongside other fellow travellers. It’s a measure of the community’s enlightened cool that when an off-duty Miley Cyrus, in a modest black pantsuit, slipped onstage between pal Wayne Coyne and some saffron-robed monks for the group finale of Patti’s “People Have the Power,” barely an eyebrow was raised. Most of the veteran hipsters reverse-slumming at Carnegie Hall probably thought she was an Upper West Side debutante who got lost en route to the powder room.

The 25th anniversary show was a bit lower-key than last year’s event, which memorably featured Iggy Pop fronting New Order for a pair of Joy Division songs. But lust for life shaped by intimacy with death – a very Buddhist, very rock & roll dual-consciousness – infused the night. After a hypnotic opening chant from six Tibetan monks and words from American Buddhist scholar-activist Robert Thurman, Laurie Anderson set the tone with some sumptuously melancholy duets featuring electric violist Martha Mooke, full of cosmic drones and virtuoso flourishes. Anderson told a quietly devastating story about storytelling, quoted her Buddhist teacher (who told her “you should try to learn how to feel sad without being sad”) and read from The Tibetan Book of the Dead. Later, public radio nerd-hunk Ira Glass, accompanied by his actual uncle Philip, movingly read poems by the late Beat-Buddhist poet Alan Ginsburg (including the passionately anti-war “Wichita Vortex Sutra”). Tibetan musician Tenzin Choegyal delivered the night’s most revelatory music, playing Himalayan blues and power ballads on the dranyen lute backed by Patti Smith’s band and Laurie Anderson. 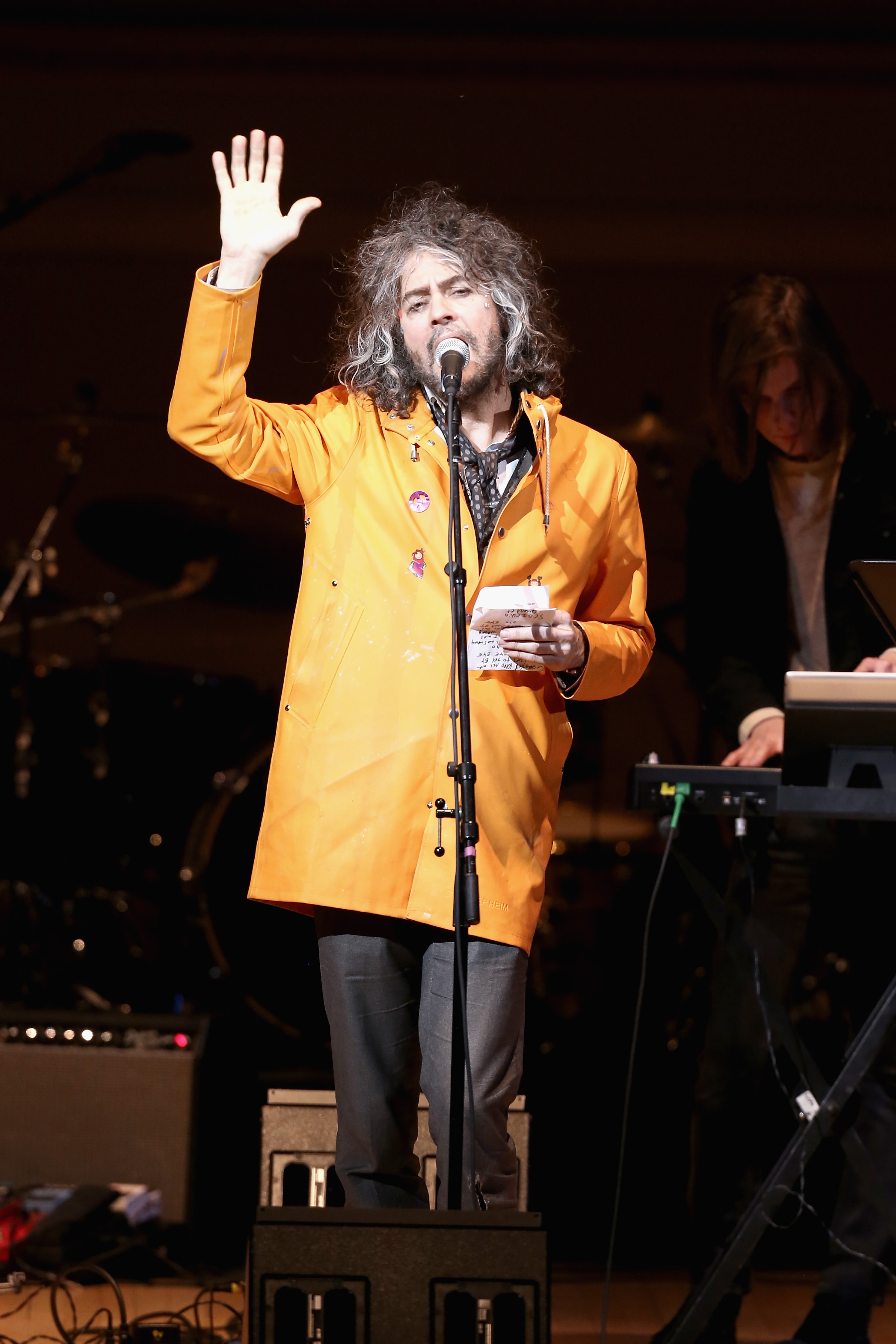 The series makes a point of featuring visionary younger acts. Dev Hynes, a.k.a. Blood Orange, sang a beautiful arrangement of his Asian-soul meditation “Bad Girls,” while neo-trad fiddler Ashley MacIsaac, in dark shades and a plaid kilt, played impossibly fast runs while dancing a jig alongside septuagenarian Cape Breton pianist Maybelle Chisolm McQueen. Sturgill Simpson was maybe the most left-field pick. “This is an immense honor,” said the genre-warping country singer; “I’m not really sure how I got here.” When his magnificent baritone filled the room, however, on a song inspired by Buddhist studies and on his consciousness-expanding honky-tonk signature “Turtles All The Way Down,” there was no doubt he belonged.

The evening’s other surprise highlight was the Flaming Lips, who are turning into one of the coolest, weirdest classic-rock cover bands ever. Exploratory indie singer and guest Lip Julianna Barwick reprised her performance of “She’s Leaving Home” from the group’s Sgt. Pepper’s tribute With a Little Help From My Fwends; backed by the Scorchio String Quartet, it was a luminous reading. There was a hum of anticipation when Wayne Coyne introduced a David Bowie cover, especially since the Thin White Duke is a Tibet House alumnus (see his duet with Ray Davies on “Waterloo Sunset” from 2003). Bowie didn’t show, but the version of his brooding instrumental “Warszawa”– a variation of Phillip Glass’ interpolation from his 1993 “Low” Symphony – was immaculate.

Aside from the de rigueur “People,” Patti Smith devoted her set to an extended, sinewy rave-up on the latter-day “Ghandi” – a fitting if deep-catalog selection. But she blazed, all silver hair, black jacket and blue jeans, and it was a reminder of a line Anderson read earlier from the Book of the Dead – to “abandon all grasping.” In that, it was a perfect benediction from downtown’s high priestess.