Kim Gordon‘s memoir, Girl in a Band, comes out this week, and the founding Sonic Youth singer and bassist is promoting it with a unique book tour, sitting for Q&A’s with different people in different cities. The trek, which will find her paired with the likes of Sleater-Kinney’s Carrie Brownstein, Sub Pop co-founder Bruce Pavitt and singer-songwriter Aimee Mann, began last night at the Brooklyn Academy of Music, where documentary producer Margaret Bodde (George Harrison: Living in the Material World) led the discussion by playing clips from different rock-related films.

Throughout the 90-minute chat, Bodde used the clips as jumping-off points to talk about Gordon’s career in Sonic Youth and some of the revelations in her book. “It was definitely challenging,” the bassist said of writing the tome. “I was a little bit leery about doing something so conventional, but I didn’t overthink it too much.” Here are eight hardly conventional things we learned from Gordon’s Q&A.

1. Neil Young’s fans hated Sonic Youth on the two artists’ 1991 tour.
“Depending on how loud the arena was, the boos would be really loud or just semi-loud,” Gordon said. “And the people who were the few fans of ours in the audience, sort of rooting for us, would come up against extreme hate and hostility from Neil’s fans, who were completely in the majority. And I learned not to look at the audience because I’d often see a hippie giving me the finger…. You’ve got this preconception of what hippies were, and if you’re playing in Buffalo or a really blue-collar town, they can be incredibly conservative and close-minded.”

2. But Young liked Sonic Youth, or at least bulking up to them.
“He did like certain songs of ours, like ‘Expressway to Yr. Skull.’ He said he used to work out under the stage while we played ‘Expressway.'”

3. Neil Young also liked strippers — a lot, apparently.
While continuing to reflect on touring with Neil Young, Gordon says she found one aspect of the singer-songwriter’s behavior eye-opening. “I was learning about what mainstream rock was and ideas about your heroes, how they are sexist and really into, like, strippers,” she said. “Not that there’s anything wrong with strippers or people being into them, but it was weird. For some reason I had a different idea of what I thought the Sixties were and his music and the reality, or maybe it’s just the banality of touring and what you do to entertain yourself.” Later, an audience member asked Gordon if seeing Young act the way he did on the tour disillusioned her. “We were surprised,” she said. “It was different. We laughed about it. It wasn’t like we were making moral judgments.” 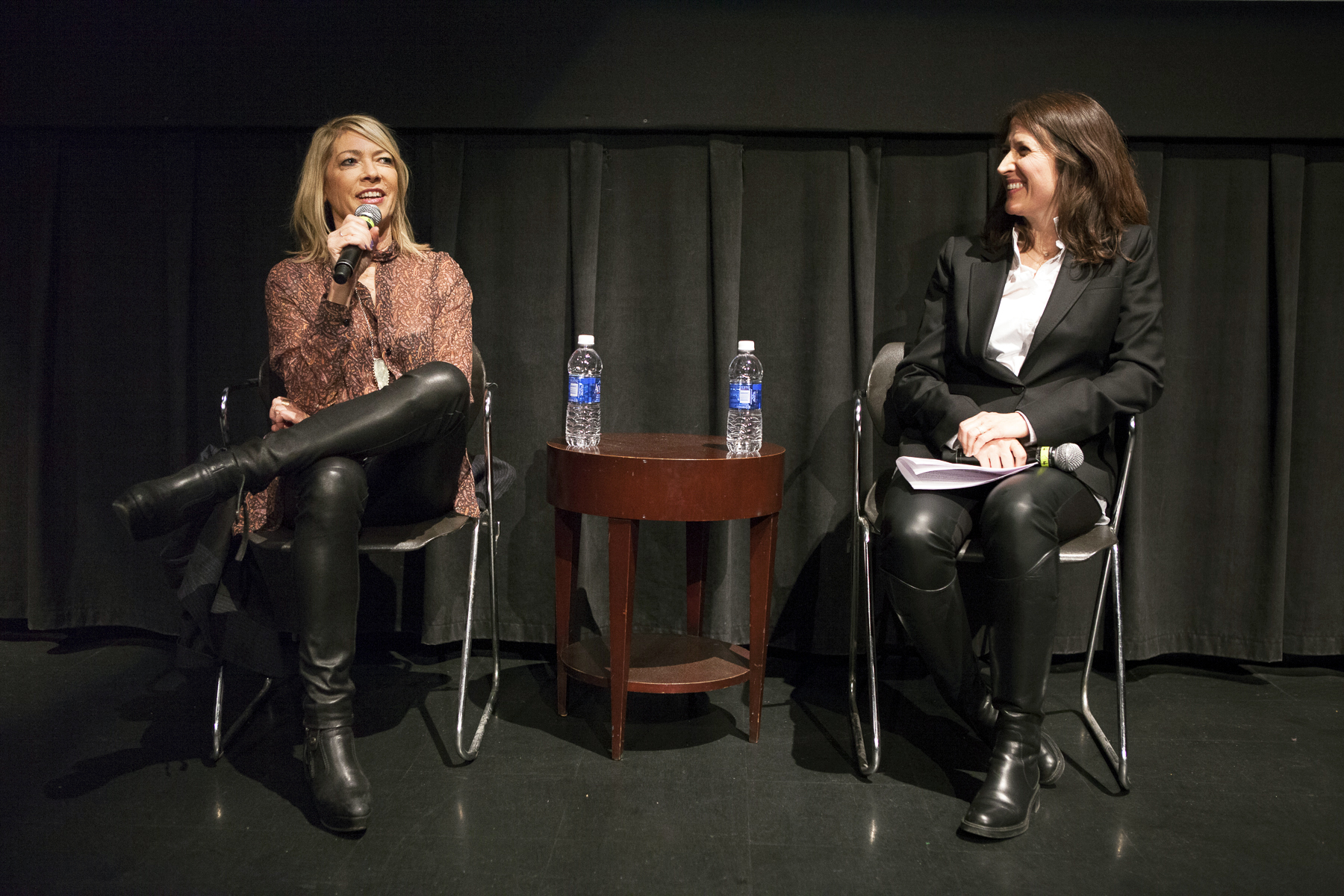 4. She loves Iggy Pop…
“In a way, Iggy’s kind of a minimalist in that he just zeroed in on this aspect of electricity and how rock is such a visceral thing and how everything about it is physical and it affects sound and you interact with it, and he just ran with it,” Gordon said after watching a clip of an early Stooges performance. “He’s powerful. He knows the power of a performer.”

5. …But she felt awkward singing “I Wanna Be Your Dog” with him.
“It’s hard to out-Iggy Iggy,” she said of the times Sonic Youth performed the tune with the head Stooge in 1987 and 1993. “As much fun as it was getting up onstage and singing ‘I Wanna Be Your Dog’ with him, it felt a little dumb. It only works with one person up there doing it. But doing it as a duet, it’s not like Sonny and Cher or something. One of us is going to come across better than the other.”

6. Kurt Cobain’s unpredictability impressed her.
“I think Kurt wanted each show to be totally different and spontaneous and go with his mood,” she said after watching Nirvana play “School” in the film 1991: The Year Punk Broke. “There was something really destructive but he created this chaos some nights that was really an amazing theater or spectacle to watch.”

7. The Yardbirds’ guitar-smashing scene in the movie Blow-Up was particularly interesting to her.
“Of all the things the people talk about the Sixties, it was amazing to me — there was a little bit of punk rock there,” she said after watching the clip, in which Jeff Beck stomps on his guitar in front of a previously uninterested audience. “When they saw him destroying his guitar and acting out, it just seemed like that was really exciting. It matched what was going on in the time, in society and culture, the things were breaking apart.”

8. She’s exploring other forms of art, but she’s not done with music.
“I’m really trying to mostly concentrate on doing visual art now,” she said. “But I also really like playing with Bill Nace and Body/Head. I have some deadlines for things, so I’m concentrating on that. After that, we’ll probably record another record…. I don’t want to tour endlessly like I used to do, I don’t want to do those tours. But I still like performing.”