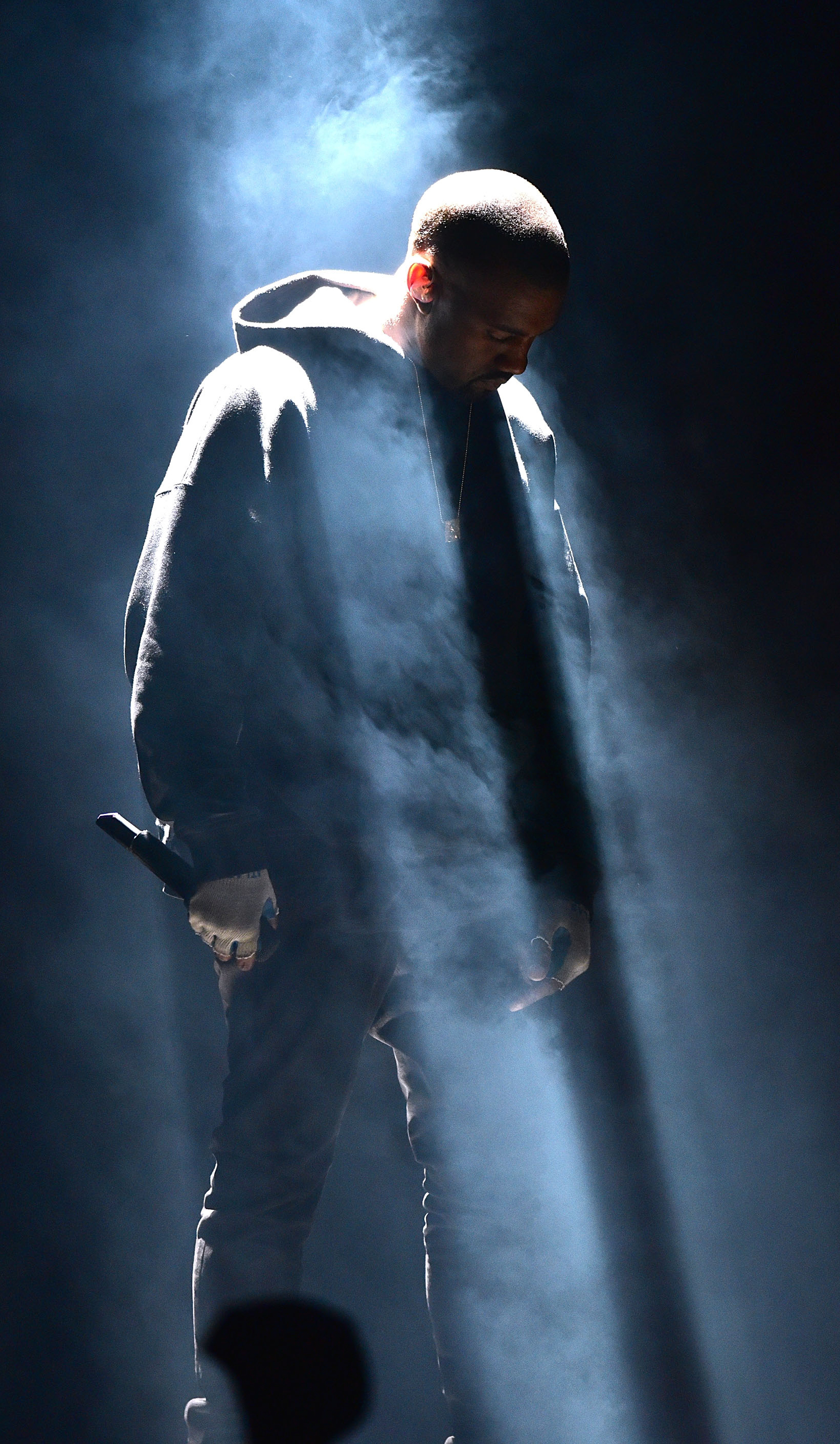 Last night, Kanye West delivered a brief, high-octane performance for the first annual Roc City Classic — a show delivered to an estimated 10,000 people in New York’s Flatiron district and broadcast around the globe. If you caught the performance, you’d know that West came loaded with special guests, including Pusha T, 2 Chainz, Big Sean, Travis $cott, Fetty Wap and Waka Flocka Flame. But, on the actual site, there was lots of things you couldn’t fully grasp from your computer screen. Here’s what we saw (and tasted) as we tried to stay warm.

1. The 40/40 Club Was Not Less Than 40° F.
Roughly 45 minutes before the show, Jay Z’s 40/40 Club was jammed with people. They had complimentary hot toddies if you wanted to warm up (though good luck not getting bumped when you try to sip it). Power 105’s DJ FirstChoice spun Justin Timberlake, Big Pun, N.O.R.E. and a Nas song off the album Jay Z said once said was “nah.” If you wanted to stick around, you could use their big screens to watch a concert taking place a block away if the idea of standing in 34 degree weather didn’t appeal to you. Which brings us to…

2. Memories Made in a Cold Winter
If you didn’t show up early, you were stuck standing in a little pen in General Worth Square on the other side of Broadway. If you were one of the “lucky” fans, you got to stand in the snow for who knows how long. There were five giant spotlights blasting up at the sky, and it was kind of fun/distracting to stare at the snowflakes crossing their paths — but that was only interesting until your body reminded you how cold it was. If flake-watching wasn’t your steez, Roc was kind(?) enough to loop the same four music videos over and over and over again: DJ Mustard’s “4 Digits,” J. Cole’s “Apparently,” Big Sean’s “IDFWU” and Fabolous’ “Lituation.”

3. New York Gave It Up
For a New York crowd — a freezing New York crowd — this could be surprisingly enthusiastic. They gave it up for Kevin Durant, who plays for the Oklahoma City Thunder; they gave it up for the cops, who haven’t exactly been in NYers’ best graces since the Eric Garner verdict in December. They gave it up for “IDFWU” which everyone standing out watching the video loop should ostensibly have been tired of. Though, of course, they were the most enthusiastic for Kanye West — even if everyone couldn’t nail the third line in “New Slaves” when he got the crowd to fill in the blanks 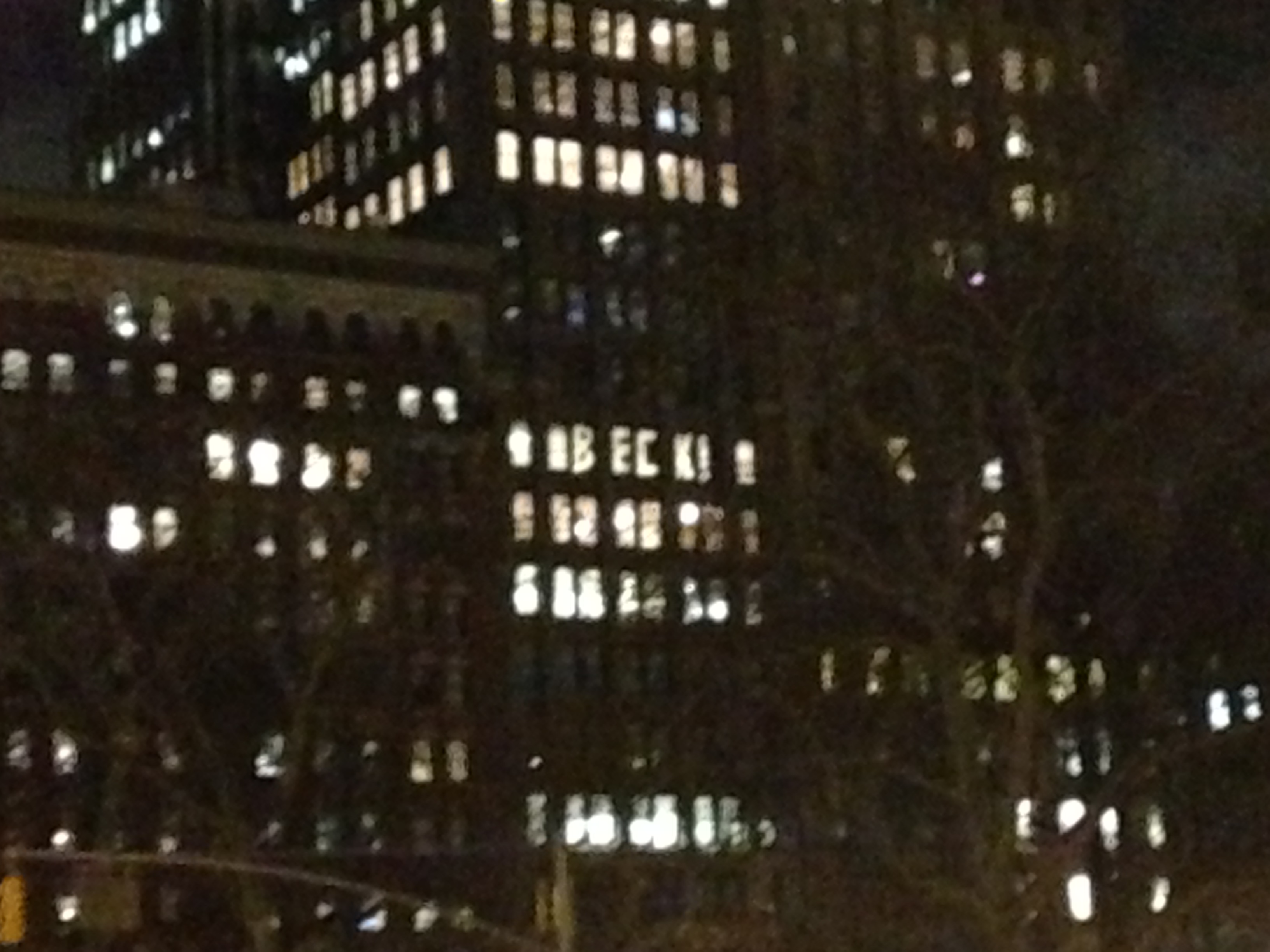 4. BECK!
If you looked into the windows of the surrounding buildings you could see people getting what, we assume, were pretty decent seats — well, even if they weren’t decent, they were probably warm. One set of windows decided to make a “BECK!” sign in reference to the annoying argument ruining your Facebook and Twitter feed all week. Turns out it was an ad agency, but we laughed anyway.

5. Drake Steals the Show
He didn’t perform a song. He didn’t appear onstage. Most people didn’t even know he was there. But Drake, for whatever reason, turned up at the back of the crowd and pandemonium ensued. First there was a mad dash towards the rapper, who was, luckily behind a barricade. Then there was the camera phones and the catcalls and heckles and love letters — “Yo, Drake, I’ll battle you!” “Please throw me some eye contact!” “Drake, show your tits!” — as the barricades were pushed.